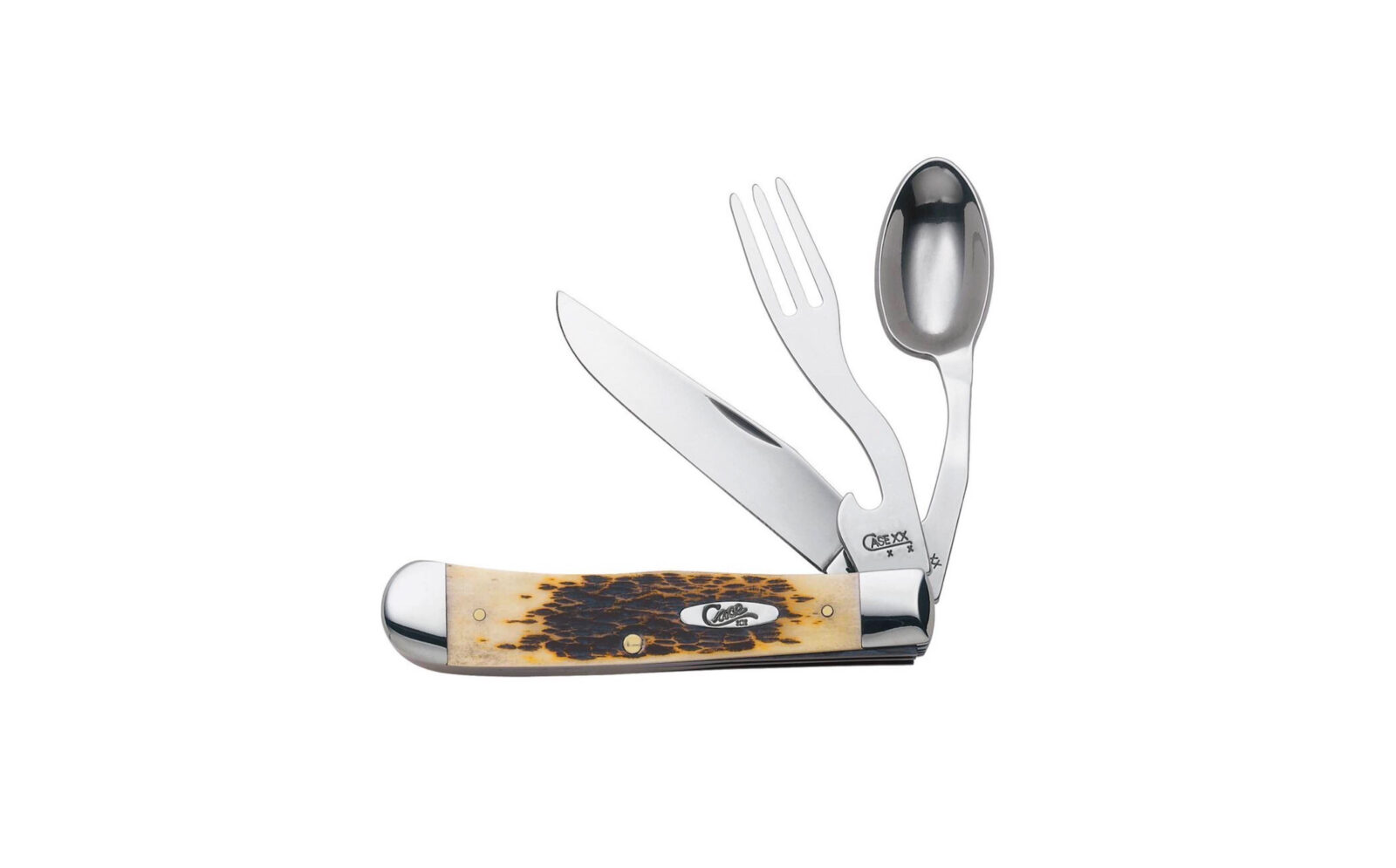 The W. R. Case & Sons Hobo Knife is actually three utensils in one, and each can be detached to give you a full three-piece cutlery set for dinners when you’re on the road (or on the rails).

Hobo knives were originally developed for American wanderers and migrant workers, the name “Hobo” is though to be a combination of “homeward bound”. Early designs had a knife, fork, and spoon that folded away into the same handle for easy carrying, later designs like the Case Hobo Knife featured a clever internal locking mechanism that allows the three individual utensils to be separated so you don’t just have to use one at a time.

W. R. Case & Sons has been making knives and cutlery in the USA since 1889, when the four Case Brothers began selling handcrafted knives from the back of a wagon in upstate New York. Since then the company’s name has become well-known across America and around the world, and their knives have even been to the Moon.

The Hobo Knife has a beautiful peach seed jigged amber bone handle, Tru-Sharp surgical steel is used for all three utensils, and the knife blade measures in at 3.25 inches long. The team at Case make these in the USA specifically to be heirloom quality. 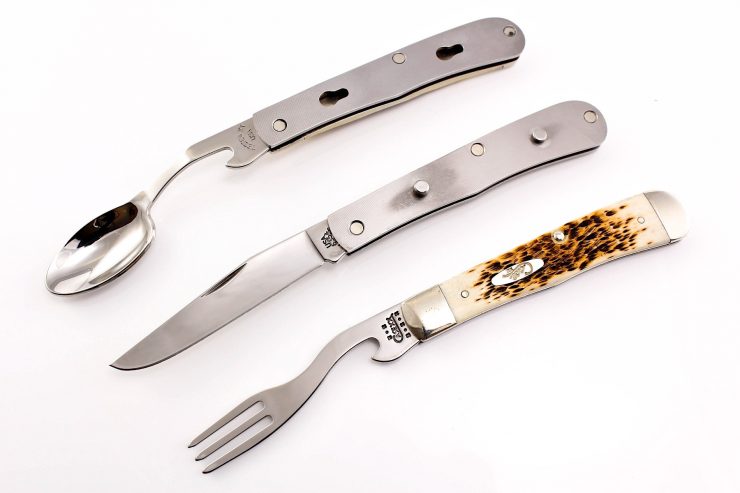 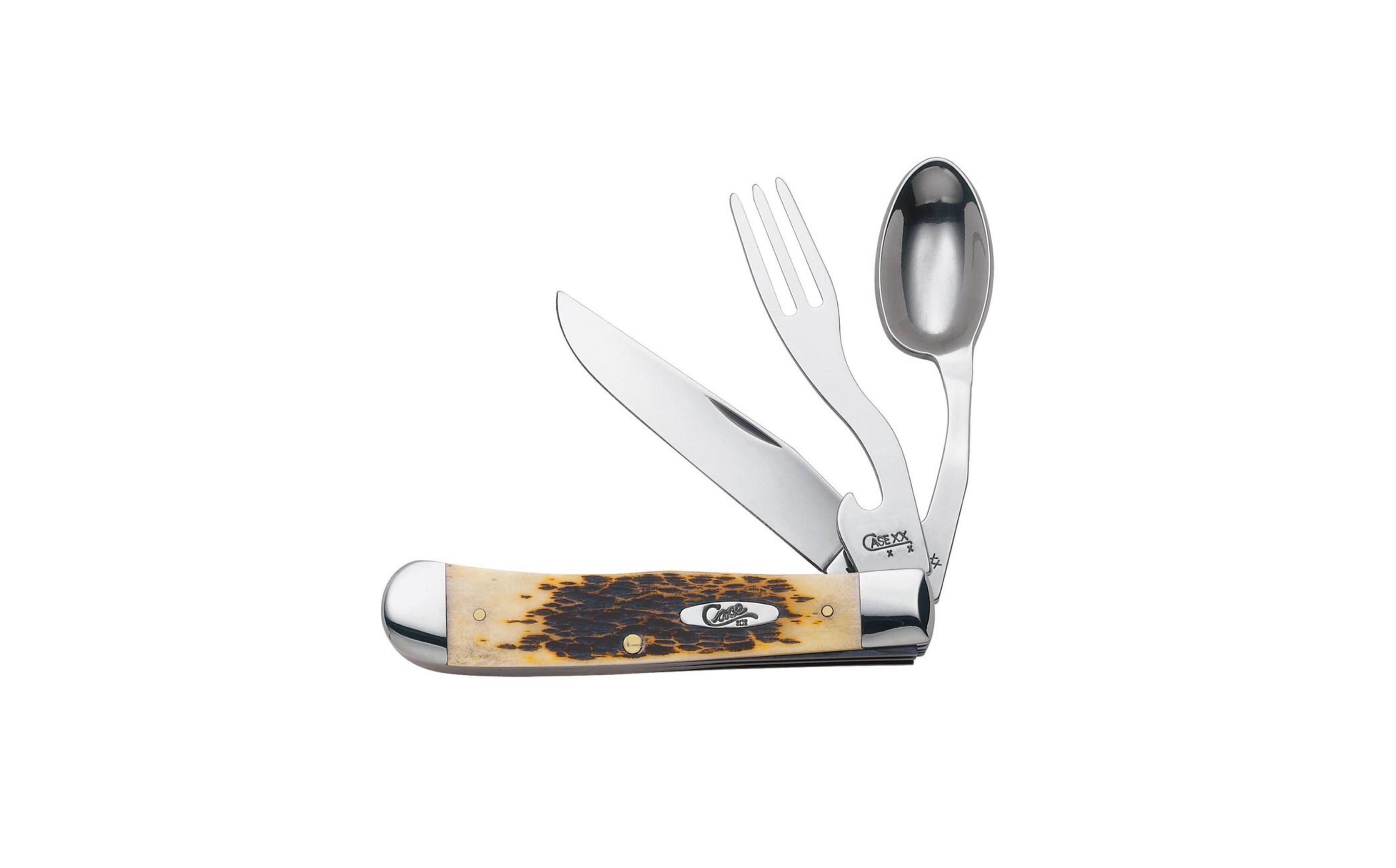