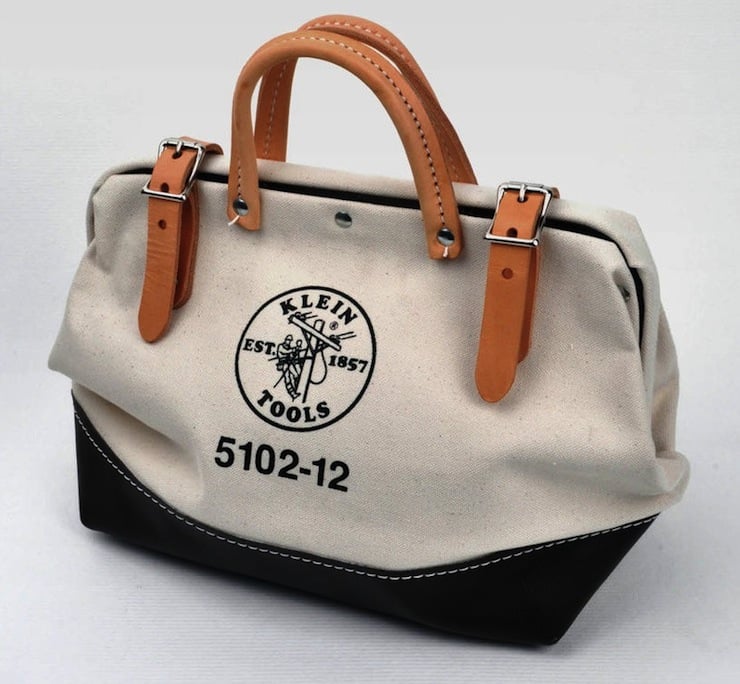 This 12″ tool bag by Klein Tools is designed to hold all your hand tools when you’re on the go – it’s made from heavy duty No. 8 canvas and has a twin-buckle enclosure to keep all your bits safely inside. 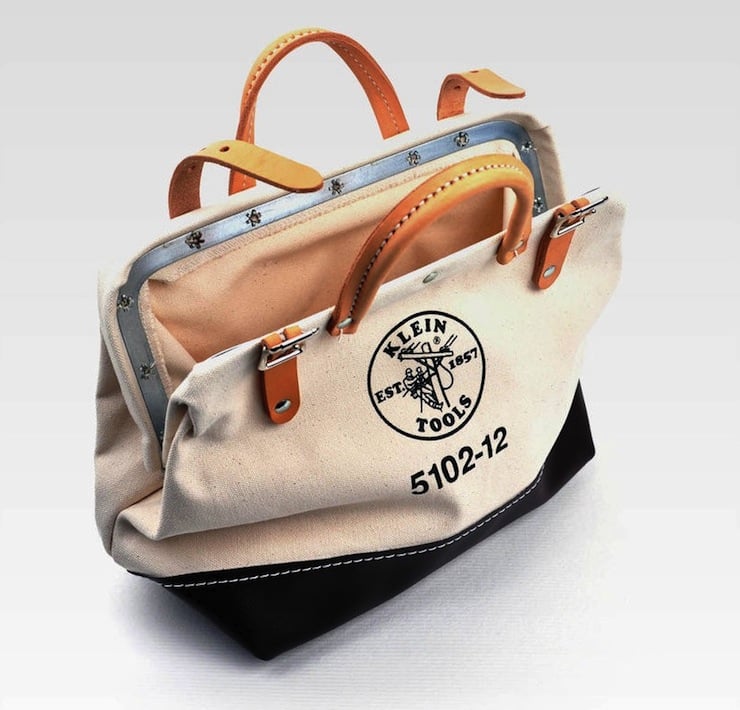