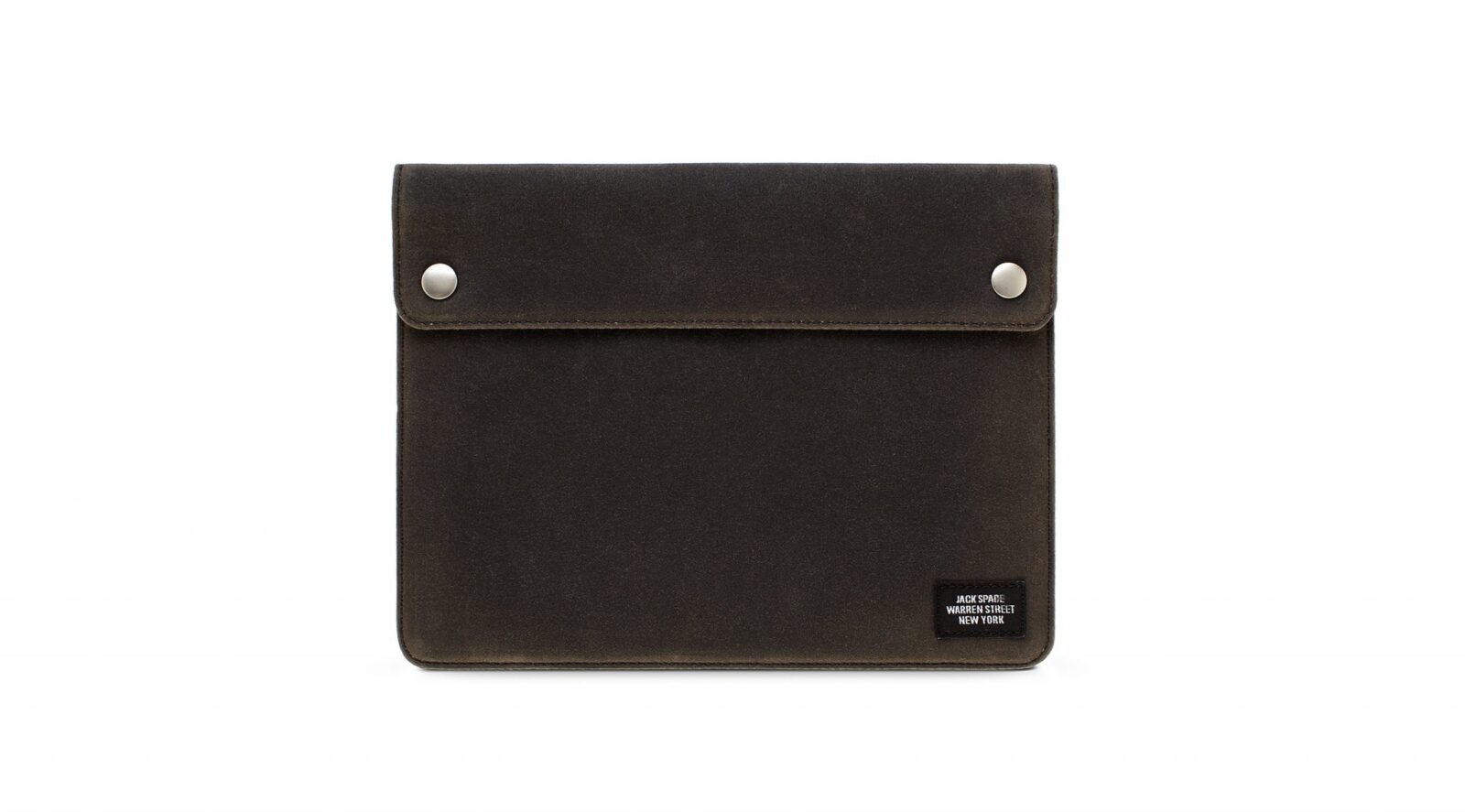 The Waxwear iPad Case by Jack Spade is made from a thick, durable cotton canvas with a wax-waterproofing treatment originally designed for sailcloth. It has a padded black suede lining and twin stainless steel snaps, the design is understated – potentially useful for those who don’t necessarily want to advertise the fact that they’re carrying an iPad. 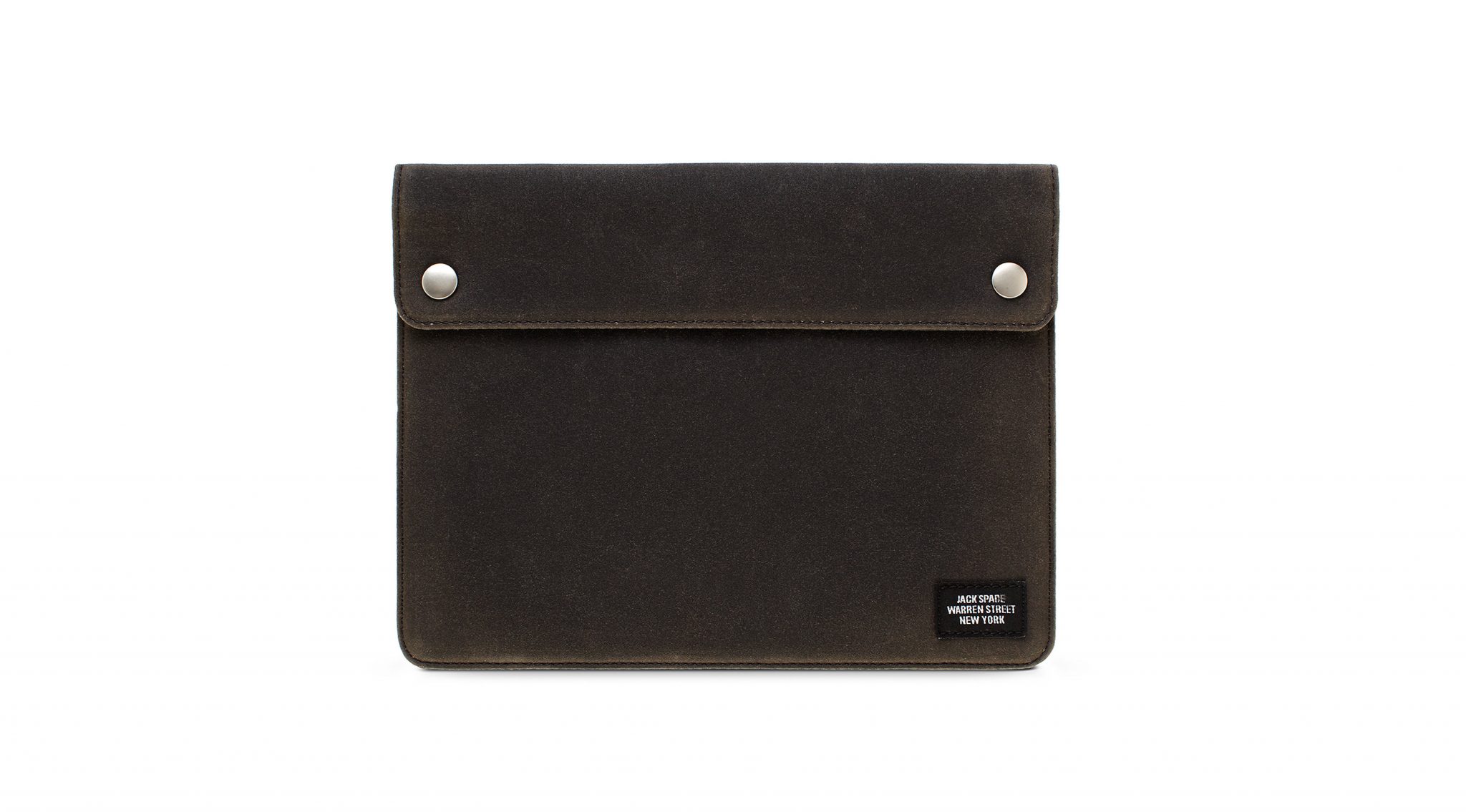