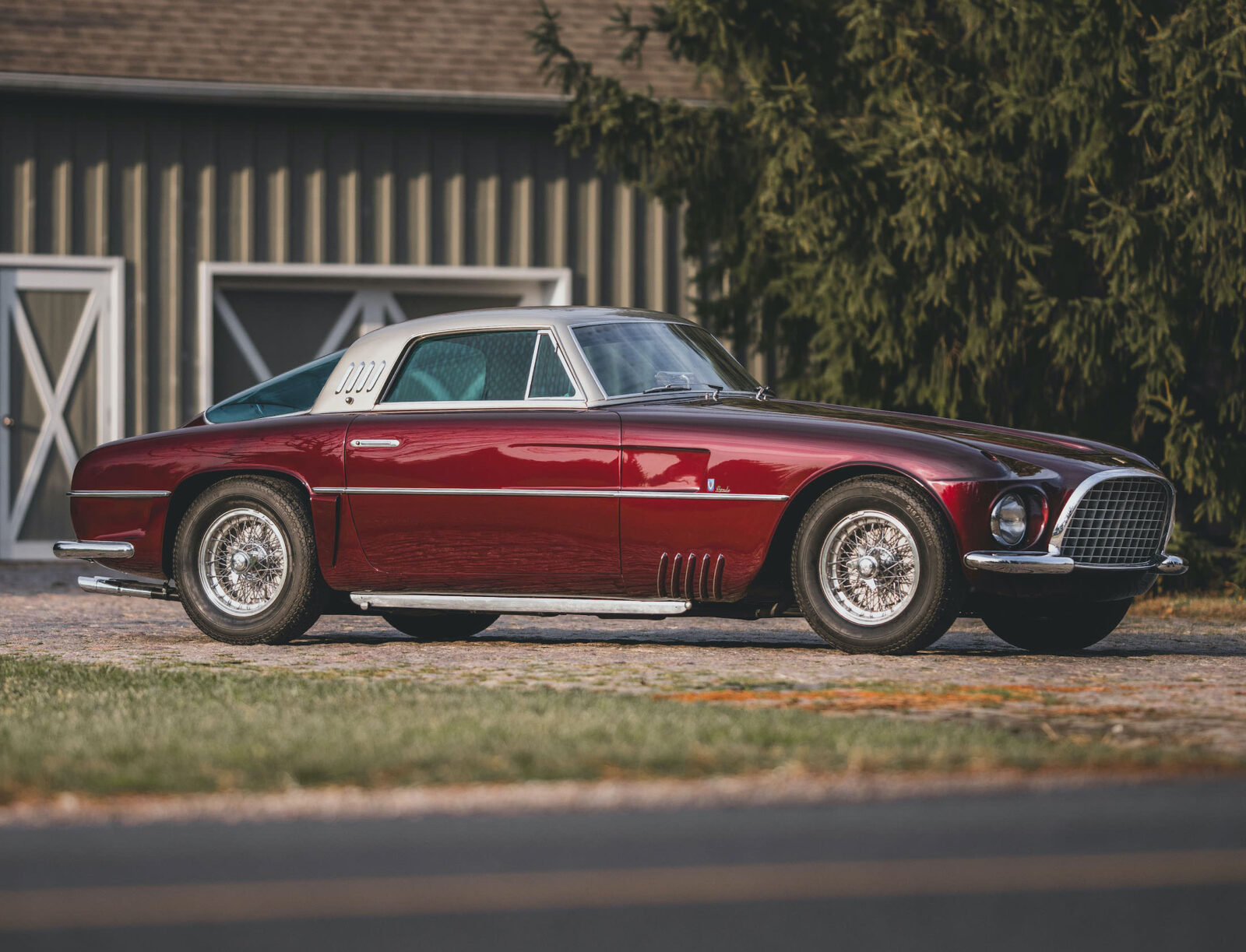 Just three examples of the Ferrari 375 America were bodied as coupes by Turin’s legendary Carrozzeria Vignale in 1954, each of the cars was unique in its own way as they were built by hand without the aid of a body jig.

The 1954 Ferrari 375 America is powered by the remarkable race-winning 4.5 litre Lampredi V12 capable of approximately 300 hp, making it one of the fastest and most powerful production cars in the world at the time.

In post-WWII Italy the burgeoning race car builder Ferrari was just finding its feet. Led by a charismatic and deeply stubborn man named Enzo Ferrari, this new automaker was mostly focussed on building race winning cars, however they did also build road cars to help fund their competition efforts.

The limited number of Ferrari’s road cars existed within a model hierarchy, and at the top of this hierarchy was the name “America”. 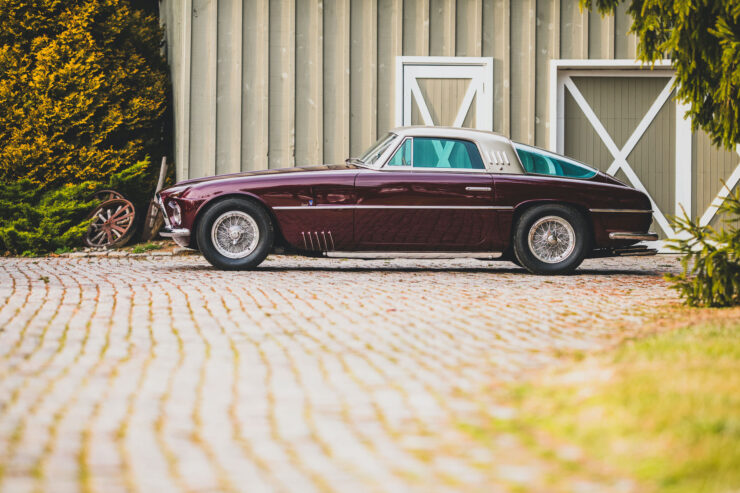 Above Image: The stunning lines of the 375 America combined with the potent ~300 hp V12 made it one of the fastest production cars in the world in 1954.

This naming convention was likely for two reasons, America was a lucrative market for these high-end sporting GT cars, and America had just played a significant role in helping to free Europe from tyranny – the word “America” conjured up images of freedom and liberty, with many Europeans immigrating across the Atlantic after the war for this very reason.

The chassis and suspension of the 375 America shared much with the Ferrari 250 Europa GT, however the car was set apart by its almost impossibly beautiful bodies shaped by the likes of Pinin Farina (it was two words until the company officially became “Pininfarina” in 1962), and Vignale.

This was an era when many automakers would still sell you a rolling chassis which you could then get “bodied” at your favorite coachbuilder. Most automobiles of the time used a separate chassis and body, and so some pre-WWII clients even had both summer and winter bodies for their cars. 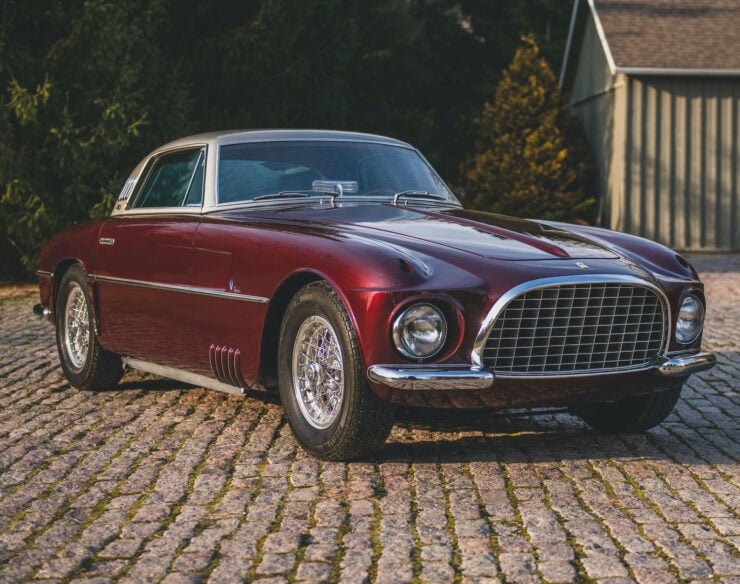 Above Image: The distinctive aluminum body was shaped one panel at a time using hand tools without the use of a body buck.

Alfredo Vignale had founded Carrozzeria Vignale in 1948 and rapidly became one of Italy’s most important coachbuilders. Frequently working with Giovanni Michelotti, Vignale bodied cars from some of the world’s most prestigious marques including Ferrari, Maserati, Cisitalia, Alfa Romeo, Lancia, and he worked with American Briggs Cunningham to develop the Continental C-3.

Vignale was famous for creating beautiful lightweight aluminum bodies which was ideal for Ferrari, who wanted his cars to keep the sporting nature of the competition cars that occupied much of his time.

The 375 America was powered by the race-derived Lampredi V12, this was an astonishing engine for its day, with a swept capacity of 4,522cc, a bore x stroke of 84mm x 68mm, a bank of three twin choke Weber carburetors, and a twin coil, twin distributor ignition. The engine was good for a claimed 300 hp, it had been designed by Aurelio Lampredi specifically to compete in Formula One after all.

Power was sent from the long-block V12 back through a 4-speed all-synchromesh transmission to a live axle rear. Customers could specify their preferred gearing, with some wanting better acceleration, and some wanting to be able to drive at sustained highway speeds at lower revs. 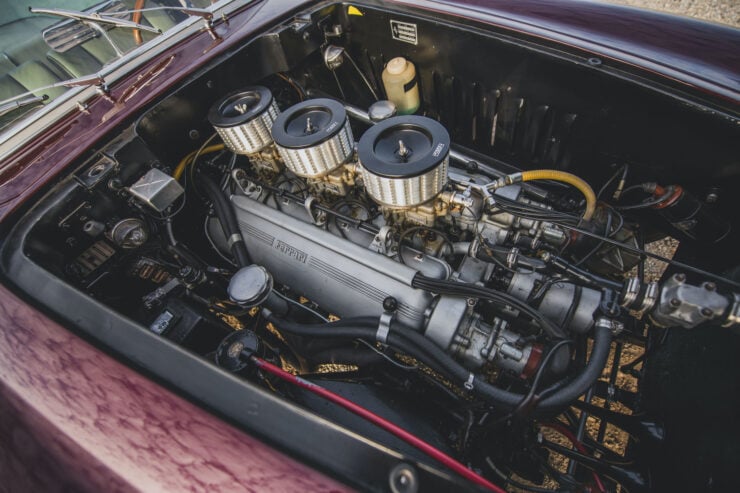 Above Image: The Lampredi V12 was a tour de force of engineering by the standards of the era, it’s an all aluminum 60° V12 with a single overhead cam per bank.

Brakes were drums on all four corners and the car uses worm and sector steering, it has a fuel capacity of 140 litres. It boasted breathtaking performance by the standards of the day with a claimed top speed of 250 km/h or 155.3 mph.

The car you see here was originally displayed at the 1954 New York World Motor Sports Show and 1954 Geneva Motor Show, for many attendees it would be the first time seeing a Ferrari in the flesh and it doubtless left a lasting impression.

It was sold new to legendary racing sponsor Robert Wilke, of Leader Card fame, and over the course of its life it’s maintained documented ownership history from new with noted enthusiasts.

If you’d like to read more about the car or register to bid you can click here to visit the listing on RM Sotheby’s. The price estimate is $2.4 million to $3.4 million USD, and it’ll be rolling across the auction block in Arizona on the 22nd of January. 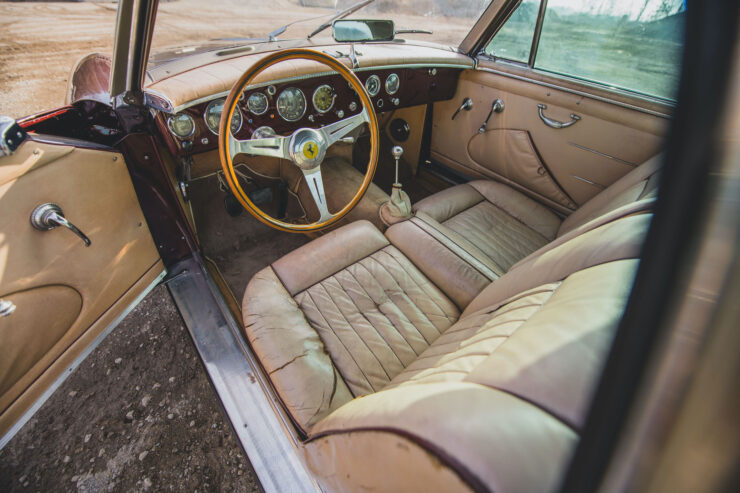 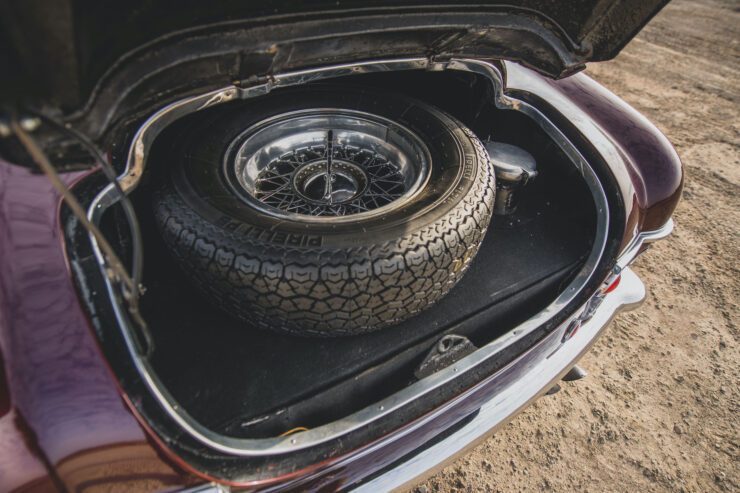 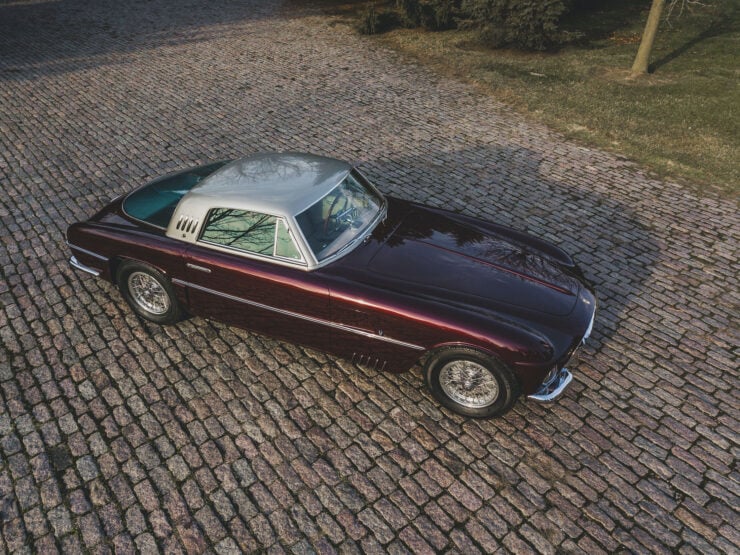 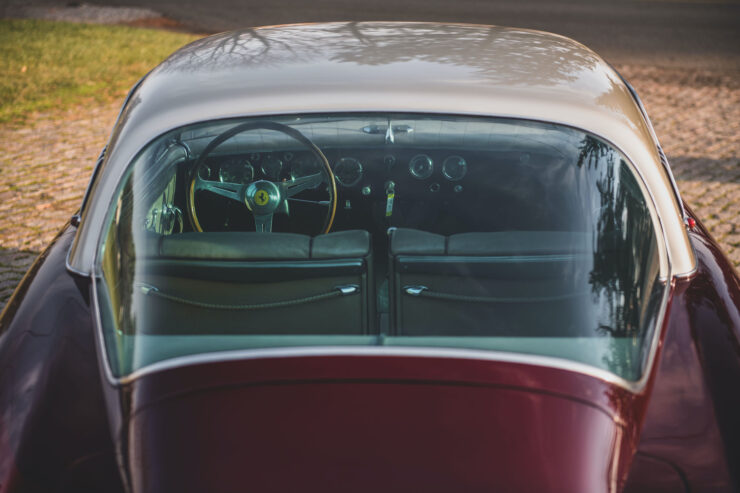 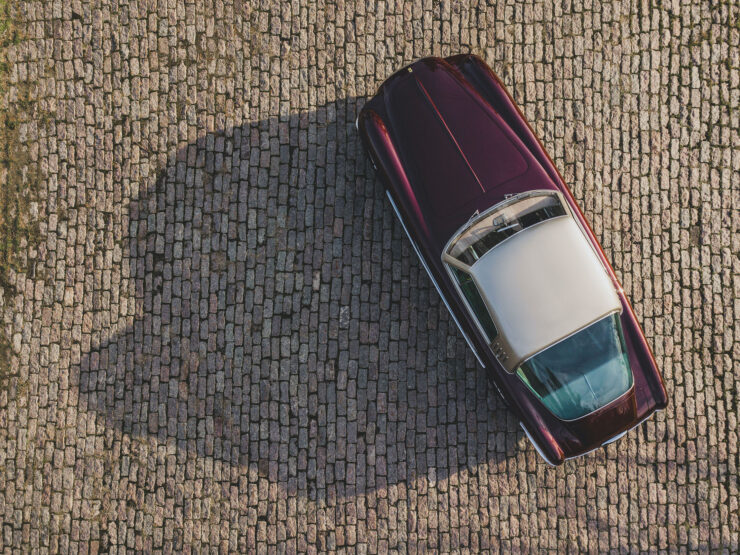 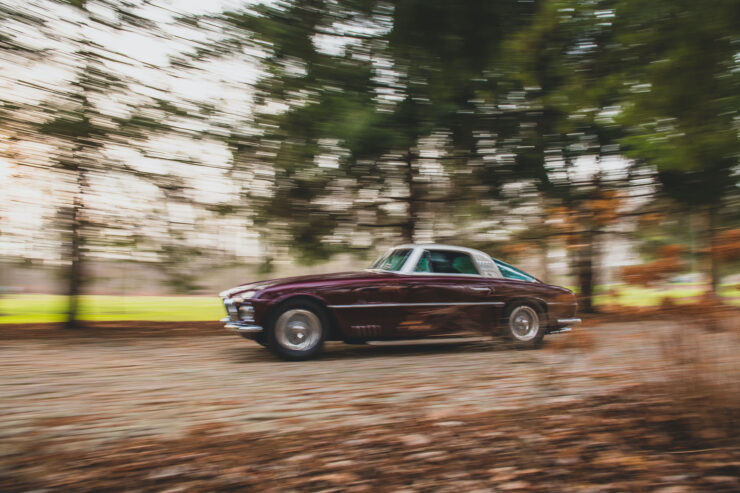 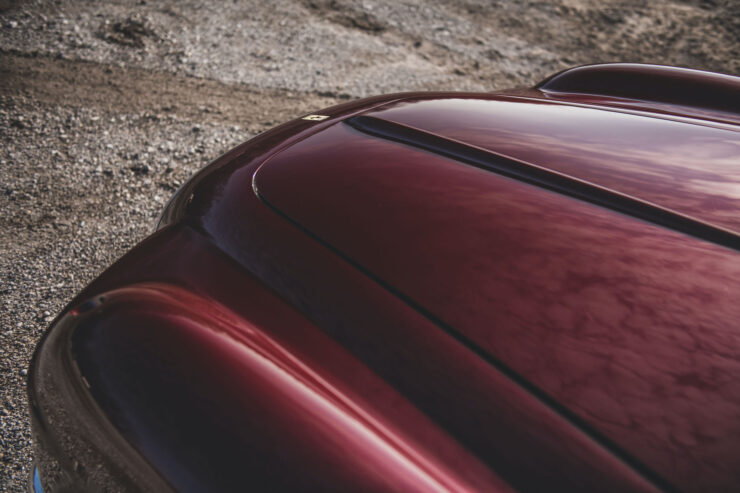 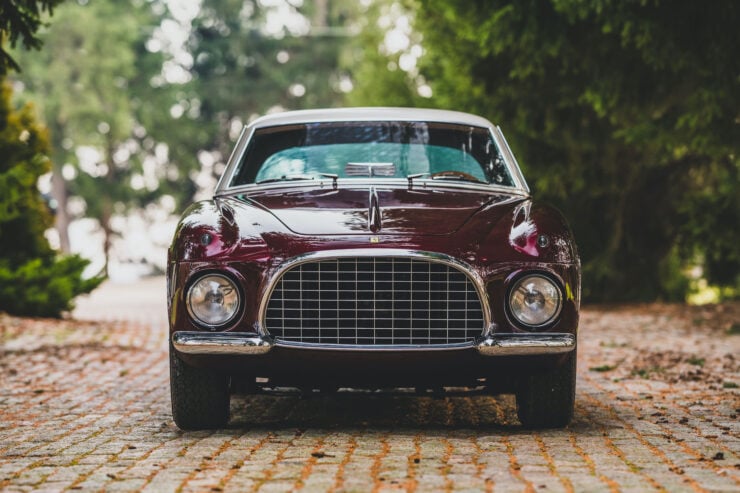 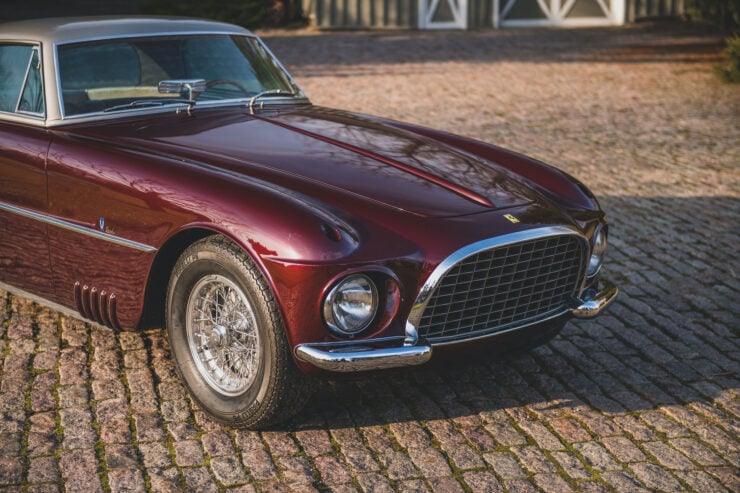 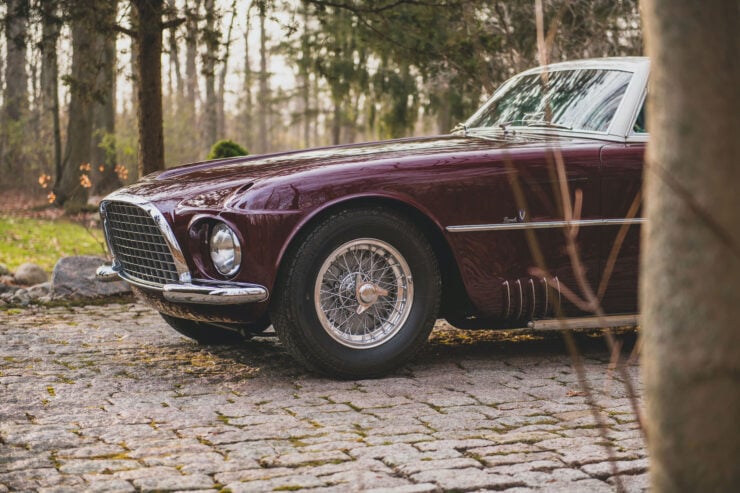 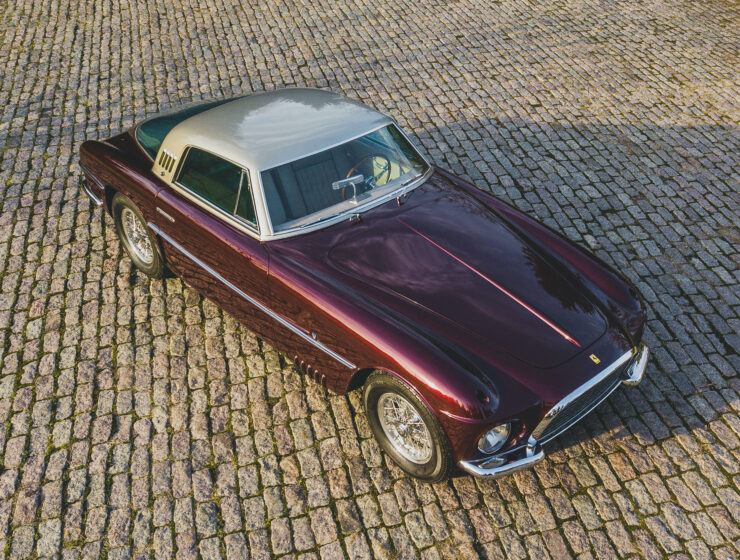 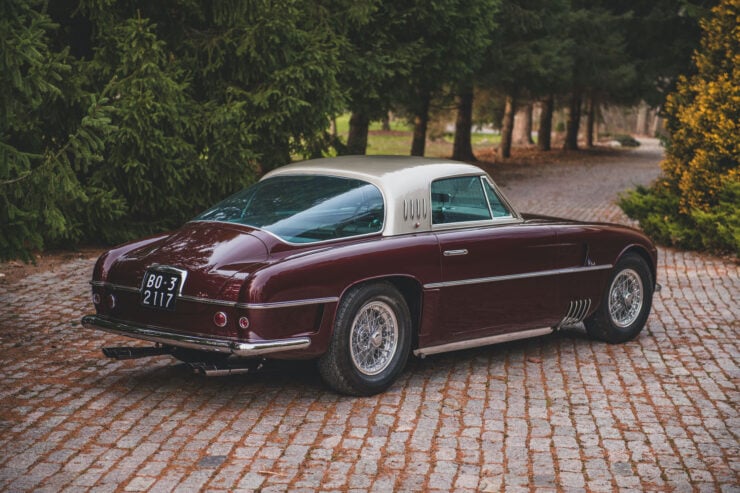