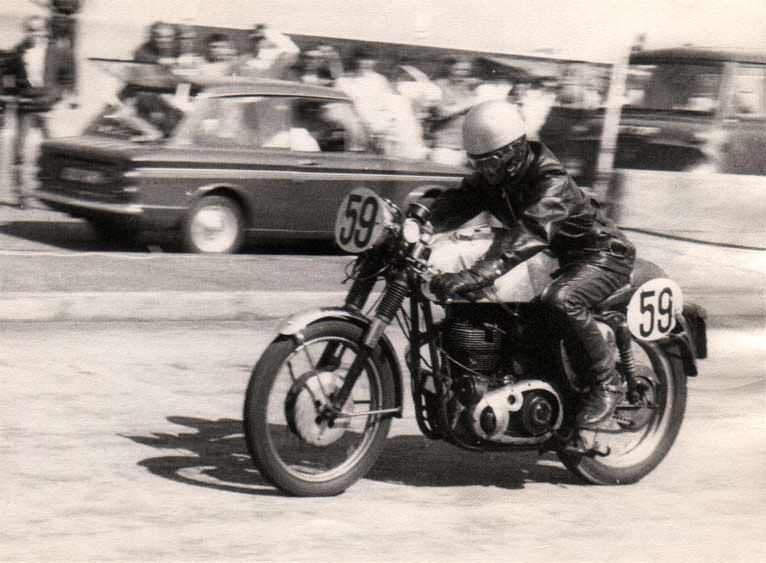 This is another one of those fantastic old photographs featuring an old motorcycle which I know nothing about, rather than venturing a guess as I usually do I’m just going to throw it right to the comments and ask for your best guesses, with extra points for people who can tell me who the rider is.