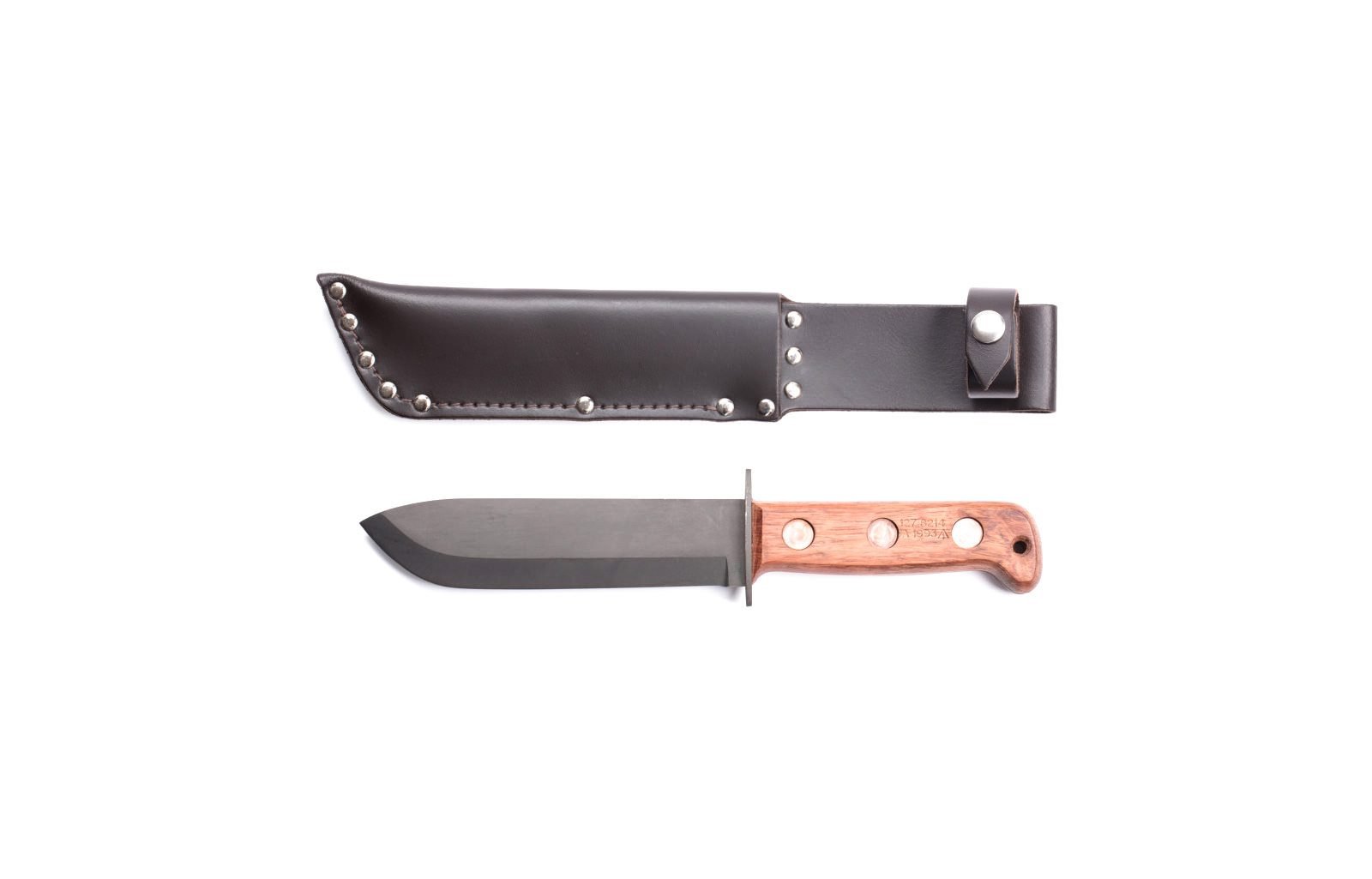 The British M.O.D. Survival Knife is endorsed by the British Ministry of Defence and made in England with two primary design criteria – efficiency and simplicity. The hefty blade is made of high-carbon steel so it’ll retain an edge even under heavy use, and it’s treated with a corrosion-resistant phosphate coating.

Designed for military use, the blade was developed for use both fighting and in survival situations, so it’s ideal for chopping, slicing, and carving. The handle is made from Bubinga, a dense and moisture-resistant wood that is fastened to the tang with corrosion-resistant copper rivets.

The knife has a total length of 12″, with a blade length of 7″, and a leather sheath comes as standard. Each is made to British Ministry of Defence standards and is stamped with a NATO identification number. 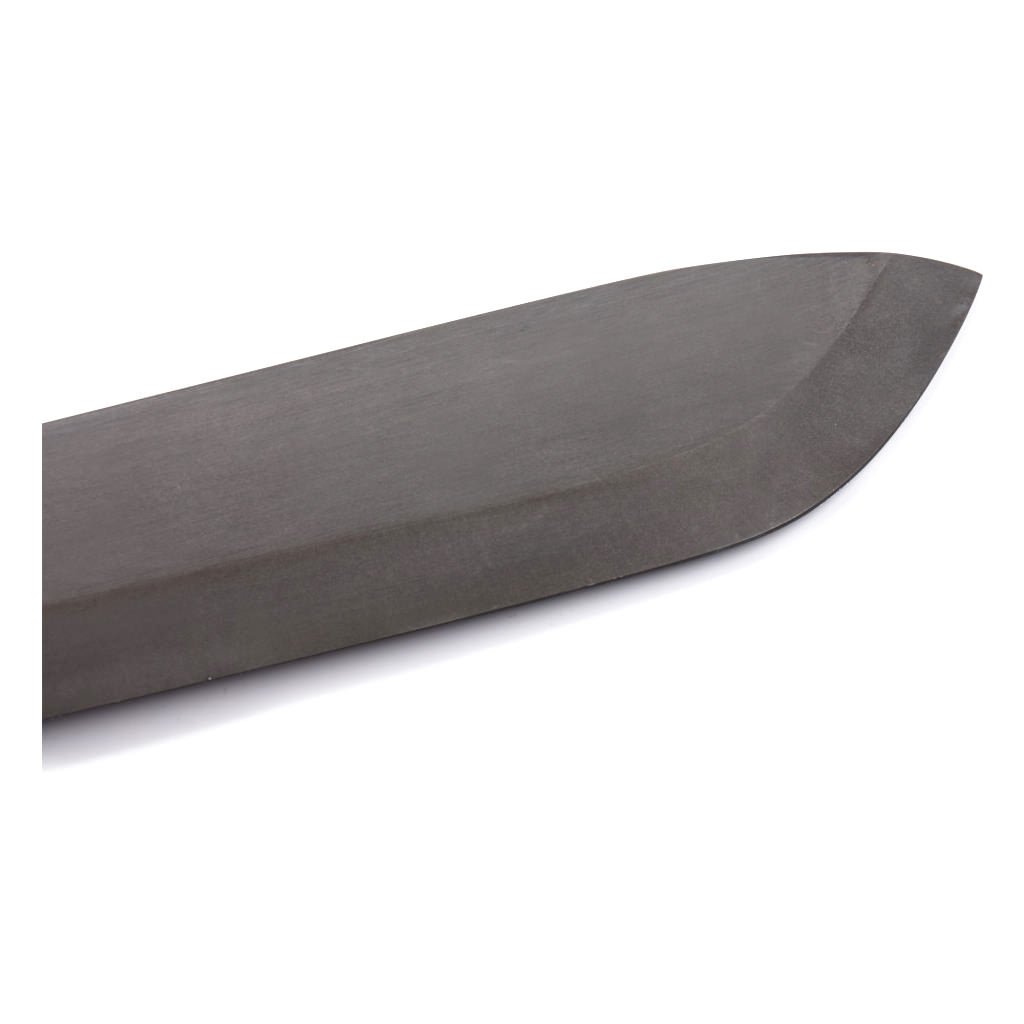 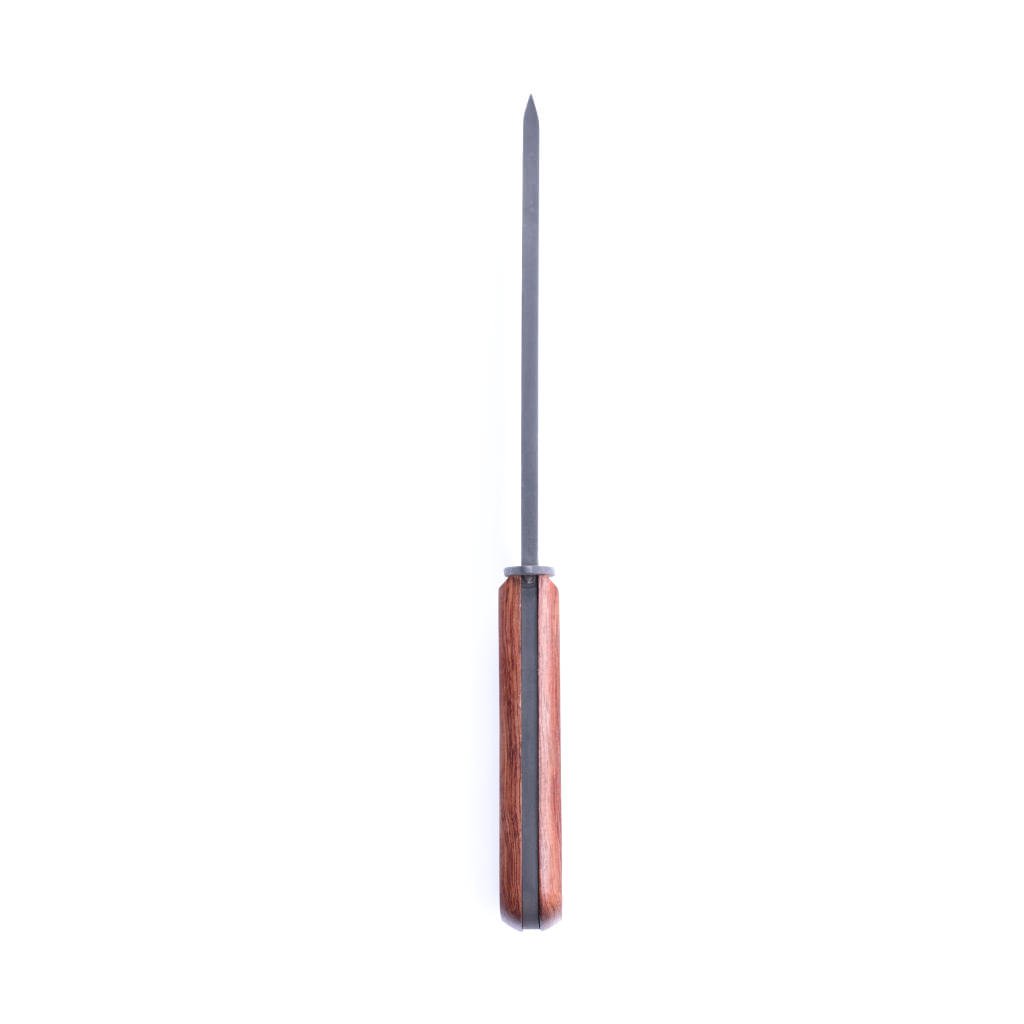 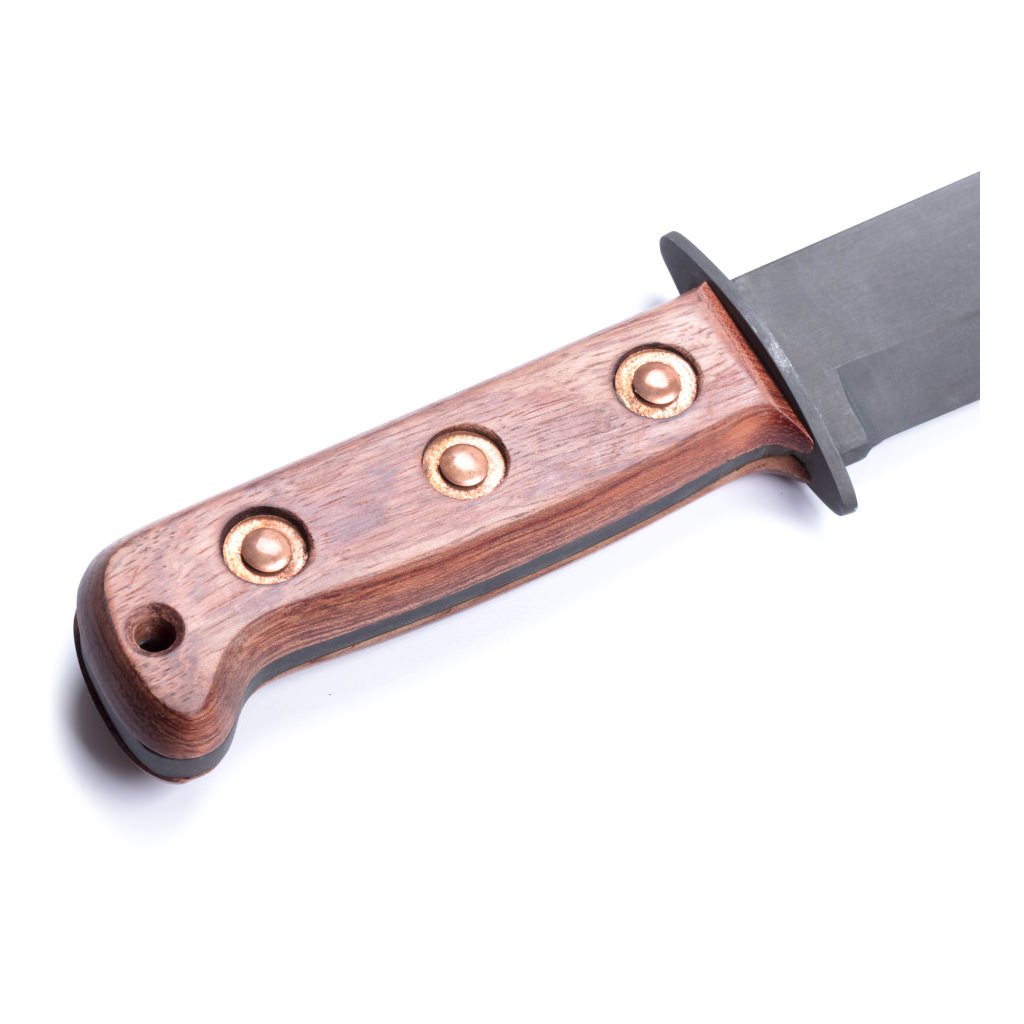 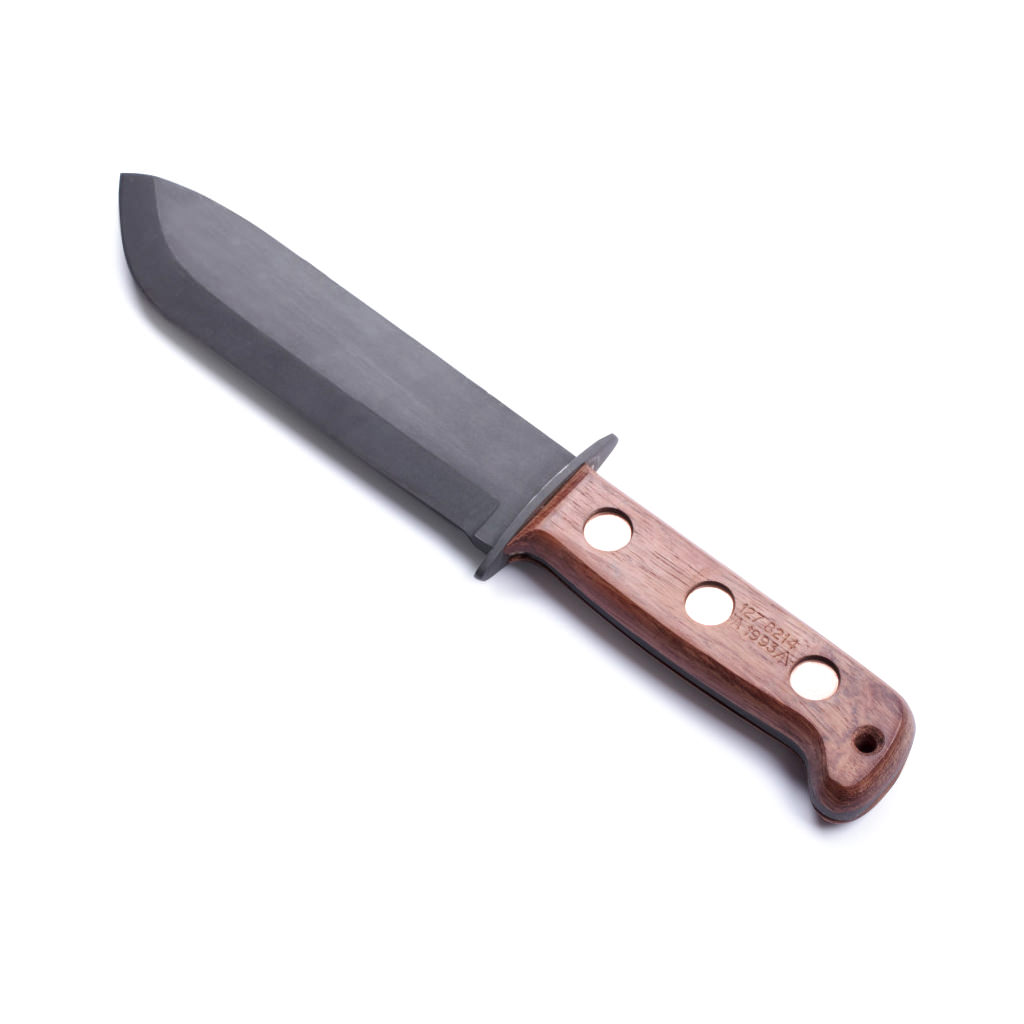 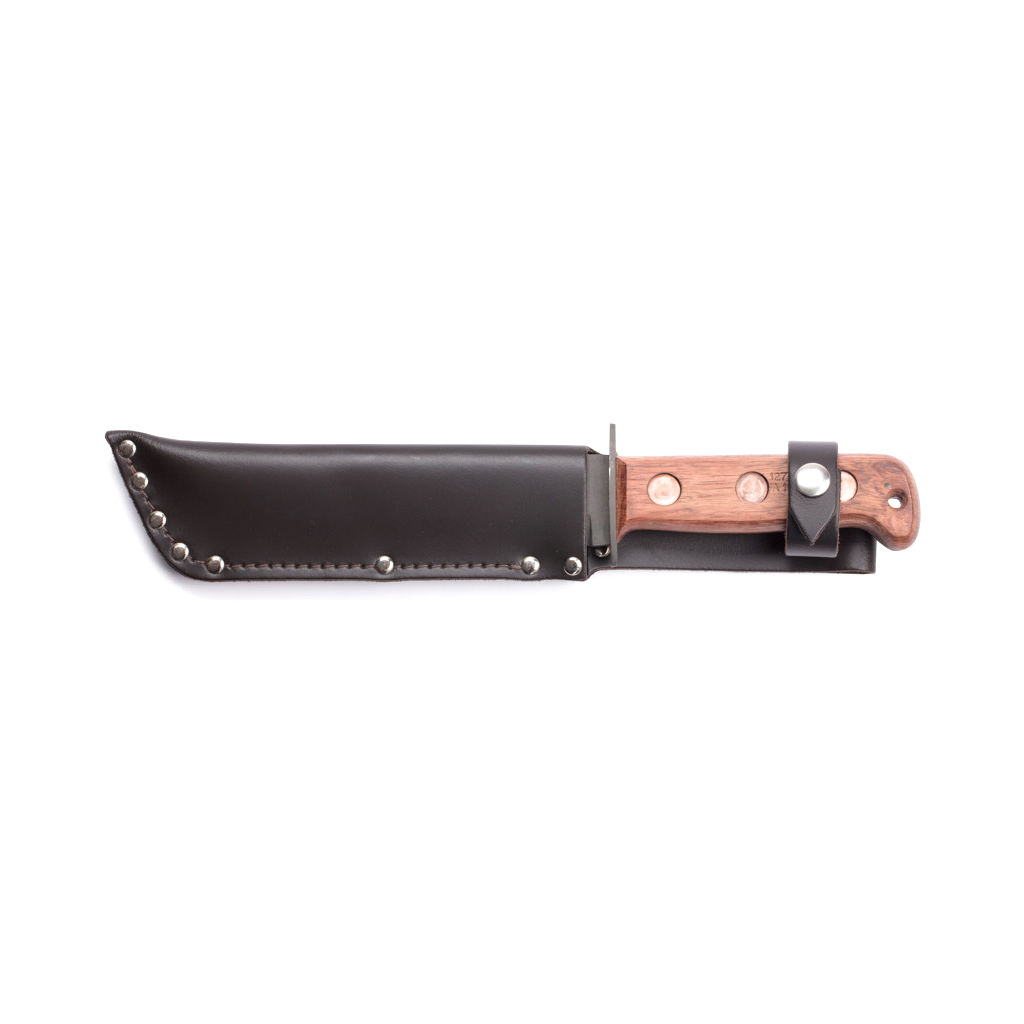 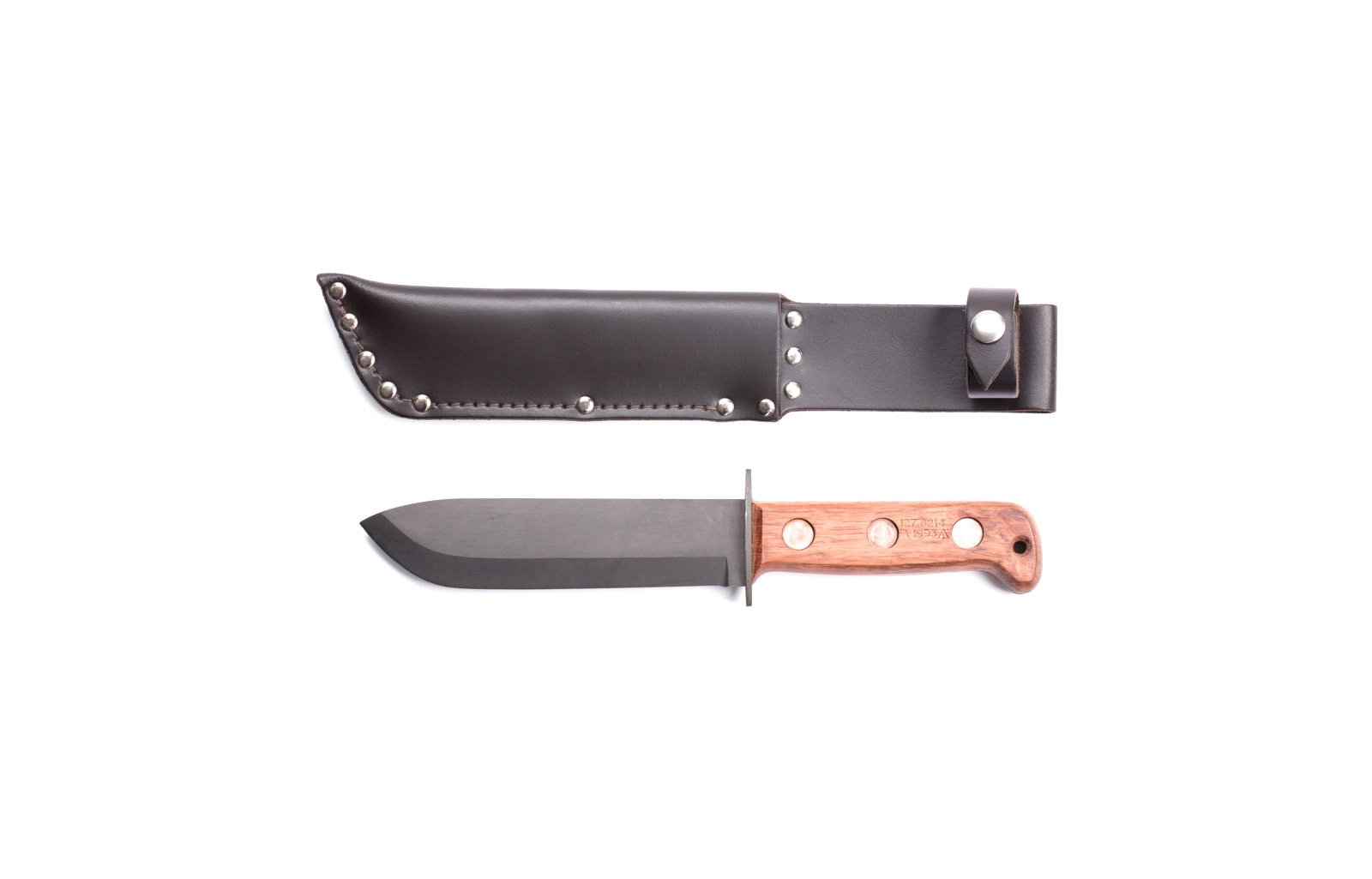