Breakaway – Follow That Girl was originally released in Australia on the ABC television network on January 1st, 1978.

This short film was created as an episode of the 1970s Australian TV series “Breakaway” hosted by Faichney. Other episodes include canoeing Tasmania’s whitewater rapids, big game fishing, and rock climbing – giving Australian viewers insight into things they may otherwise never see. 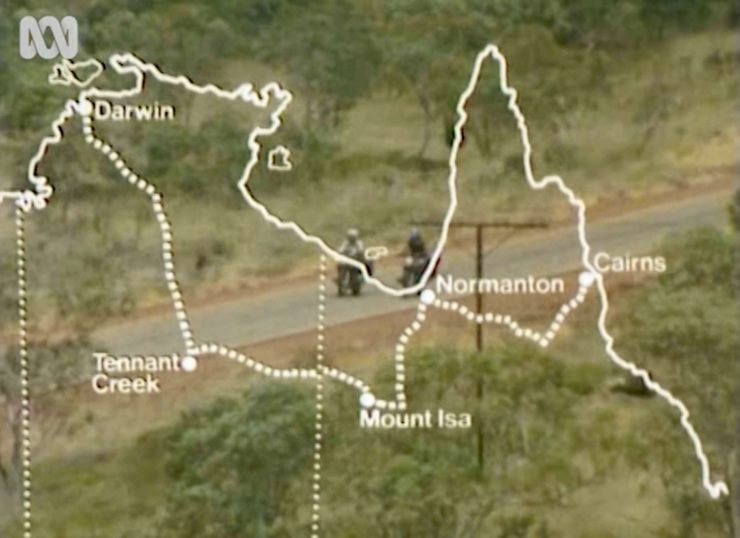 This map shows the route taken by the pair from Cairns to Darwin, across some of the most remote areas in Australia (and the world). The total journey length was over 3,000 kms or 1,864 miles.

In this episode Dautheville takes Faichney on their BMW airhead motorcycles from Cairns in Northern Queensland on the east coast, across the Cape York Peninsula to Normanton, down to Mount Isa, across to Tennant Creek, and finally north to the Northern Territory town of Darwin.

This region of Australia today still looks remarkably similar to the scenes pictured in the film, the cars on the road are a little more modern now of course, and there are a few more roadhouses along the route. Otherwise, it’s a part of the world that experiences the passing of time differently to most.

If you’d like to see more films from this series you can click here to watch them for free on YouTube on the official ABC Australia channel. 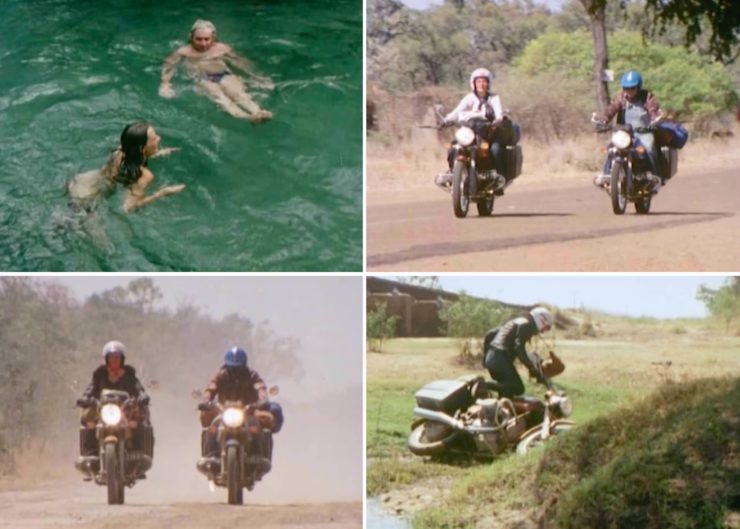