Braun is an iconic company, their mid-20th Century industrial design work by Dieter Rams is heavily credited by Johnnie Ive as his single largest influence and if you take a look at some product comparisons, you’ll see what I mean. This watch, the Braun BN0035 Stainless Steel Chronograph, is pretty close to what I imagine Ive would design if Apple made watches and although they almost certainly never will, it’s interesting to think about.

Though an older design, the Braun BN0035 is still available for sale and you can grab one here via Mr Porter for £145. 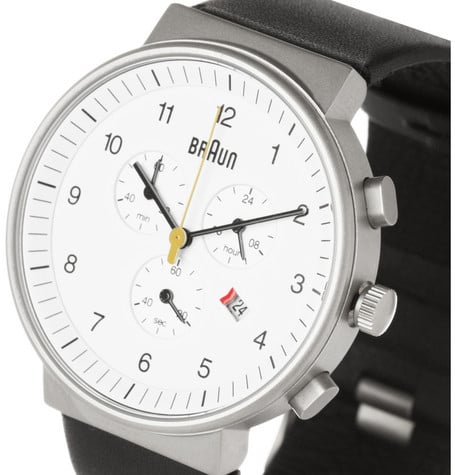 Published by Ben Branch - June 28th 2012
Related Posts
The Arizona Spike: From The Completion Of The Transcontinental Railroad – 1869