The Brat by Garage Project Motorcycles 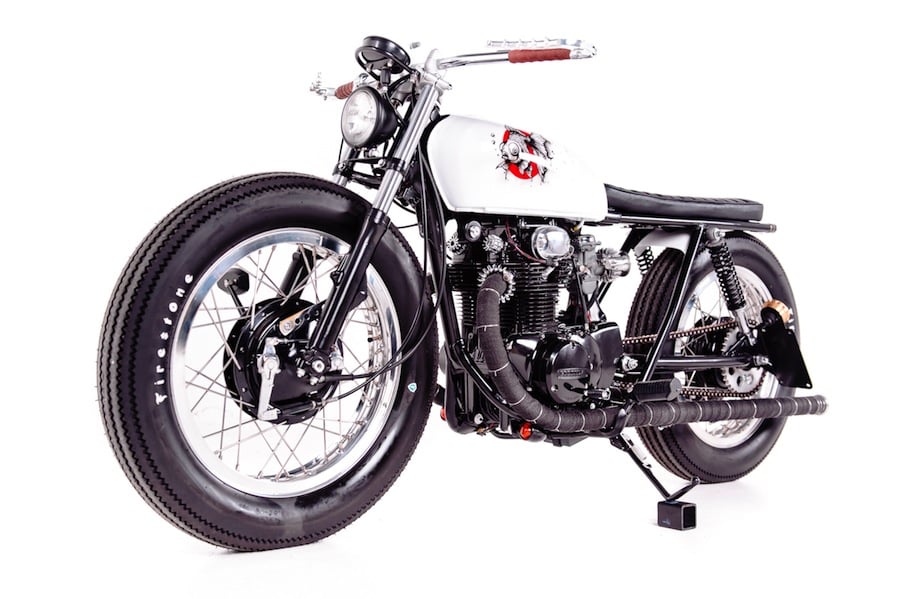 The CB350 Brat is one of those bikes that lit up the moto-web when it was released last year, it had features on BikeEXIF, Cyril Huze Post and Sydney Cafe Racers and the world overwhelmingly loved it. A rare thing in the current environment of arm-chair motorcycle builders who love nothing more than to sling mud from the confines of their trusty Barker Lounges.

The reason I decided to feature it, a year down the road, is because for me, this is one of those influential and iconic builds that only come along every so often. That and the fact that people who stumbled across the custom / cafe racer scene in the past year or so almost certainly haven’t seen it. 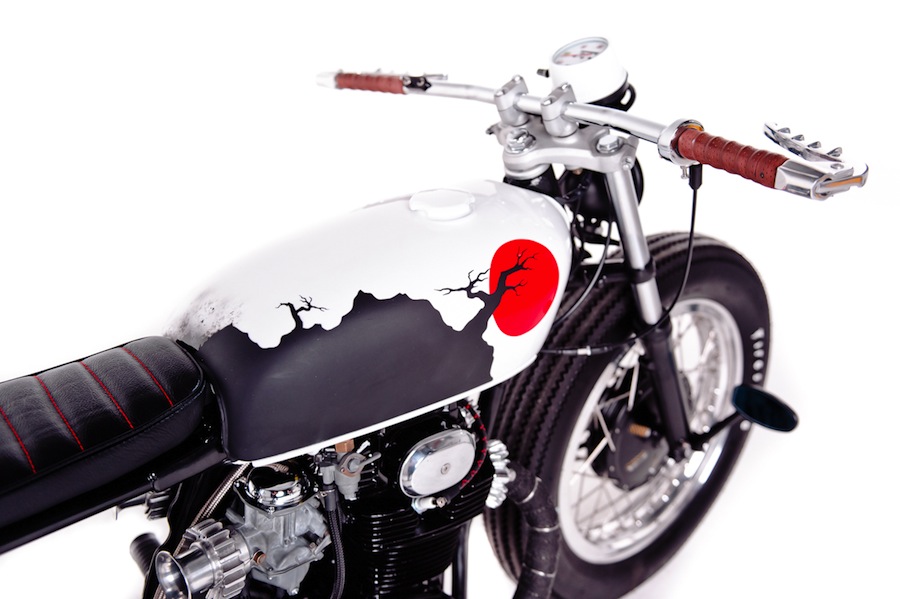 The Honda CB350 base motorcycle was picked up for $1,600 USD looking slightly worse for wear (motorcycles are expensive in Australia, a similar condition CB in the US would cost a couple of hundred) and then set to work stripping the bike back to its constituent parts. Un-fixable elements were tossed out and new parts ordered, the style of the completed bike was set to be “Brat Style” and the argument could be made here that they out Bratted the Japanese originals.

The artwork on the tank is remarkably well done, usually when we see fuel-tank art it’s either hideous or sensational so this bike seems to fall quite hard into the latter category. It’s worth taking a close look over the images (click them to see them full size in another window) and seeing all the detail work that went into The Brat, everything from the handlebar wrap to the levers to the velocity stacks has been thought out well and executed by people who take the time to do things right. 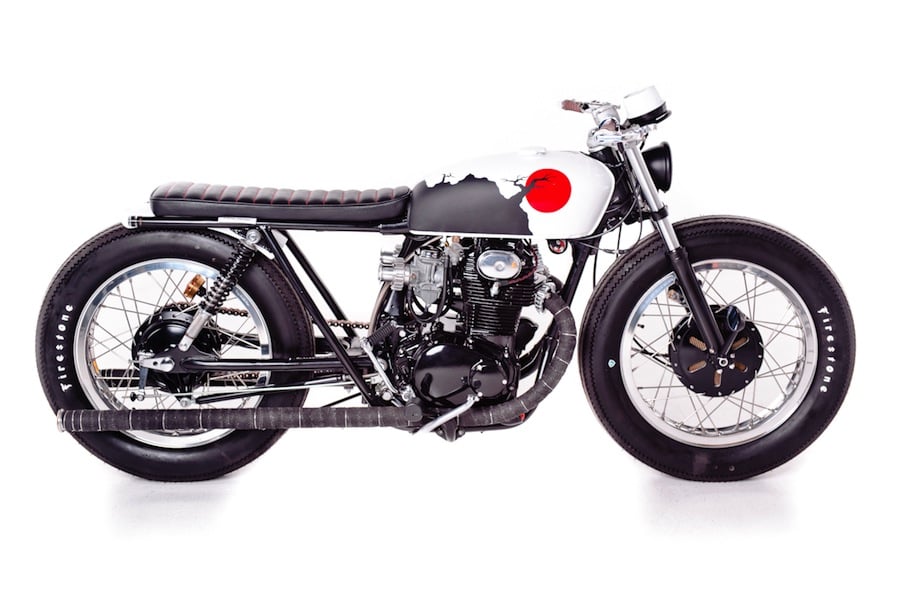 If you’ve got a few minutes (or hours) spare hit that link and have a scroll. You’ll be glad you did. 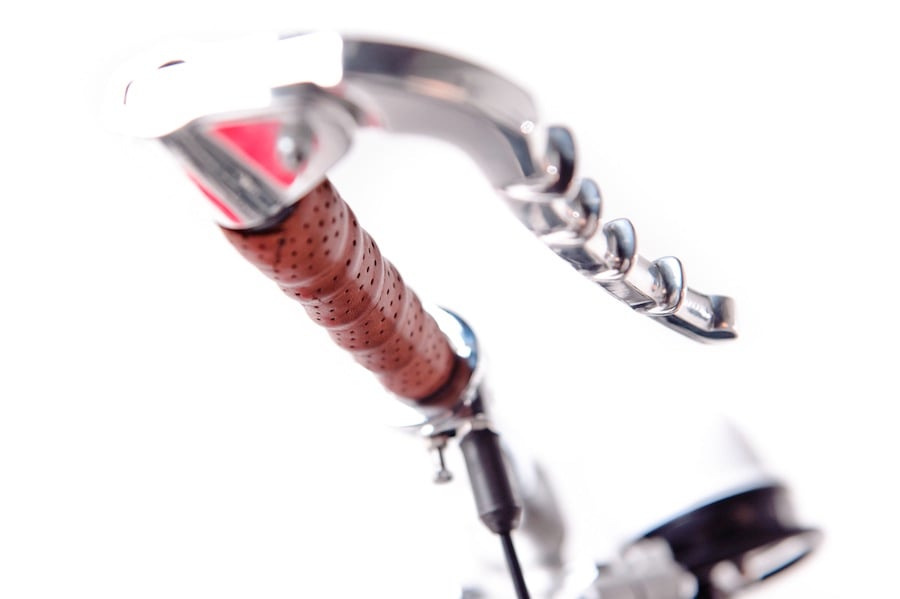 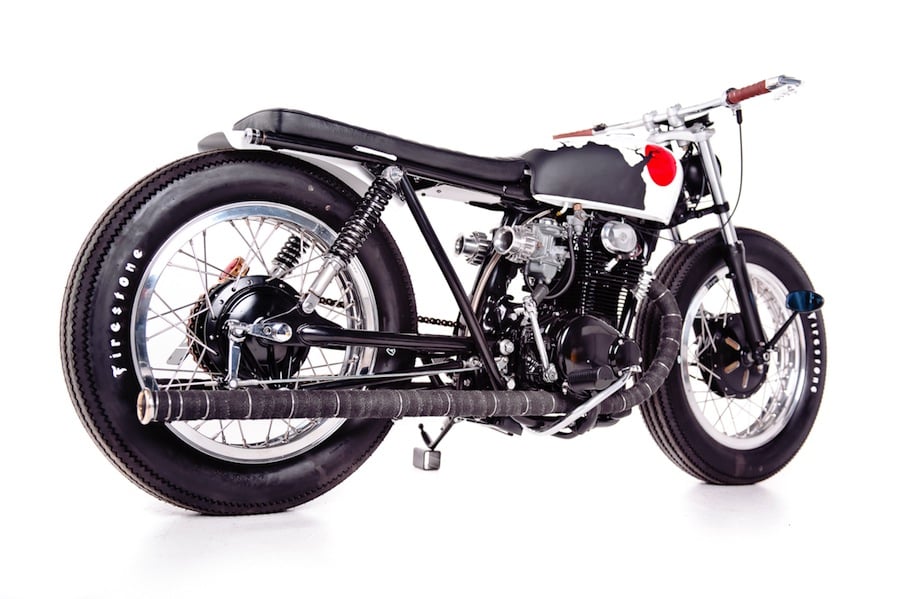 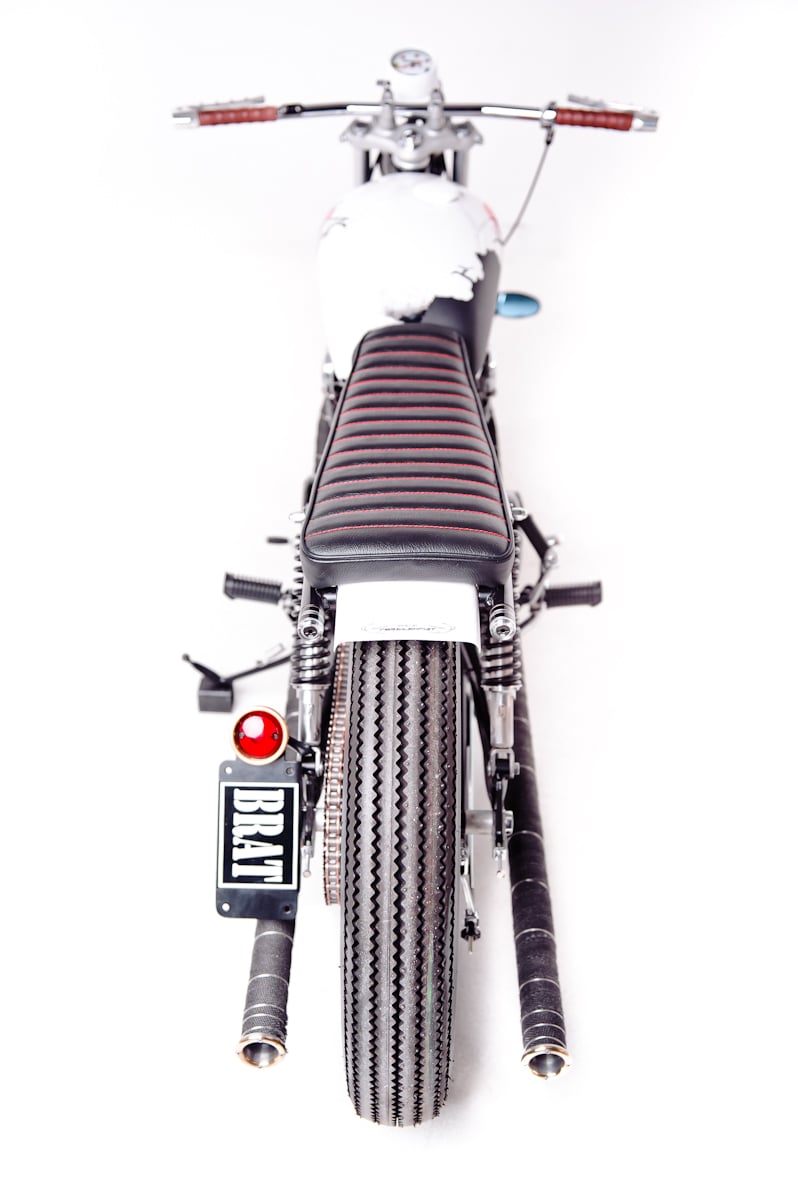 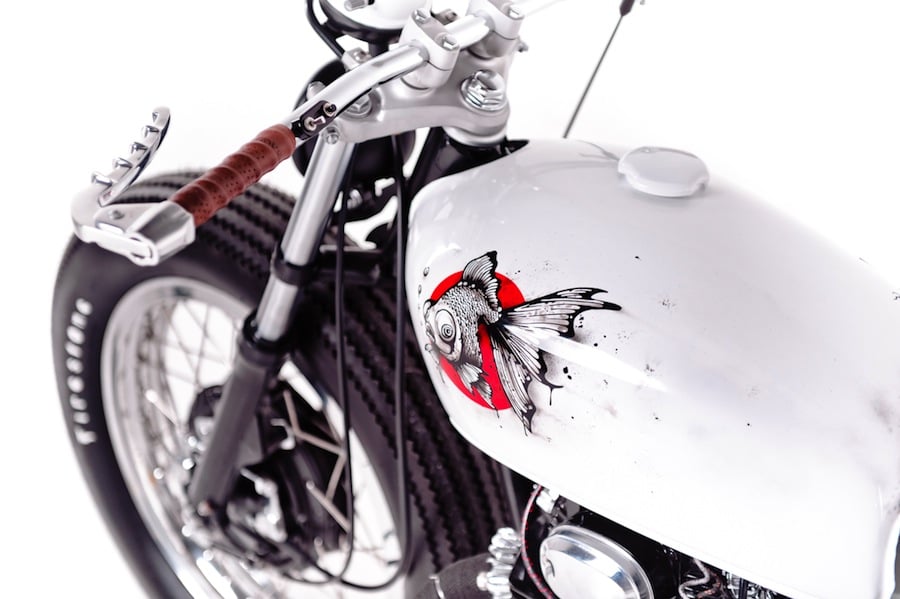 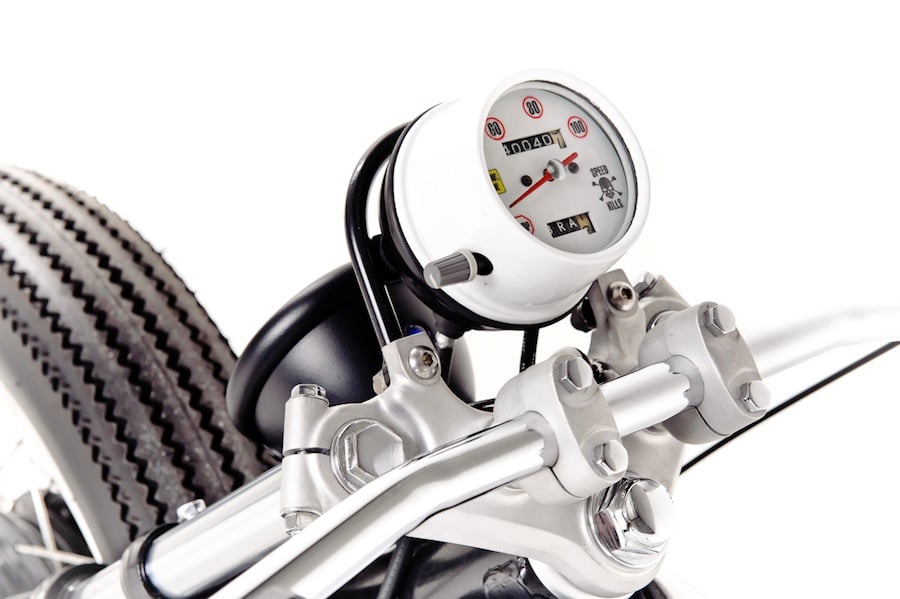 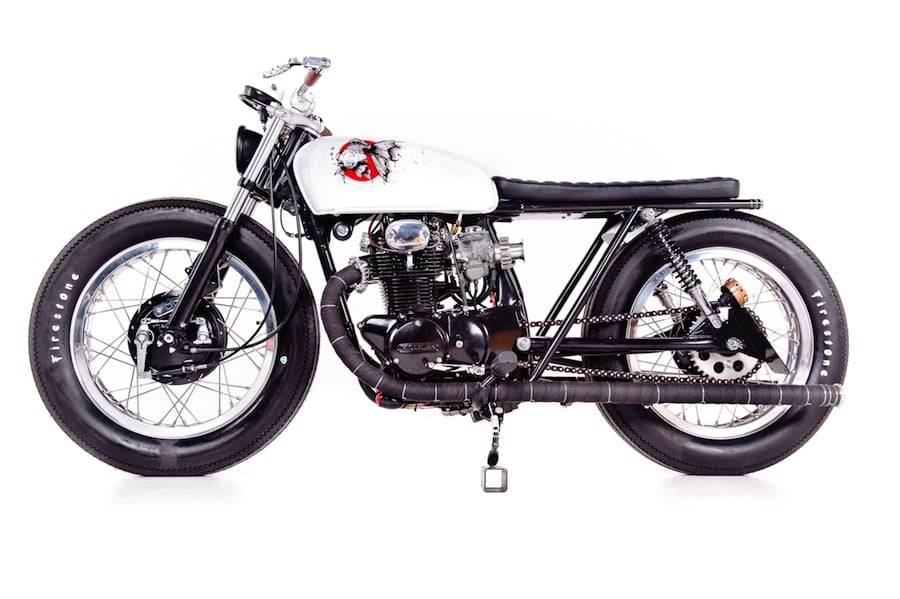