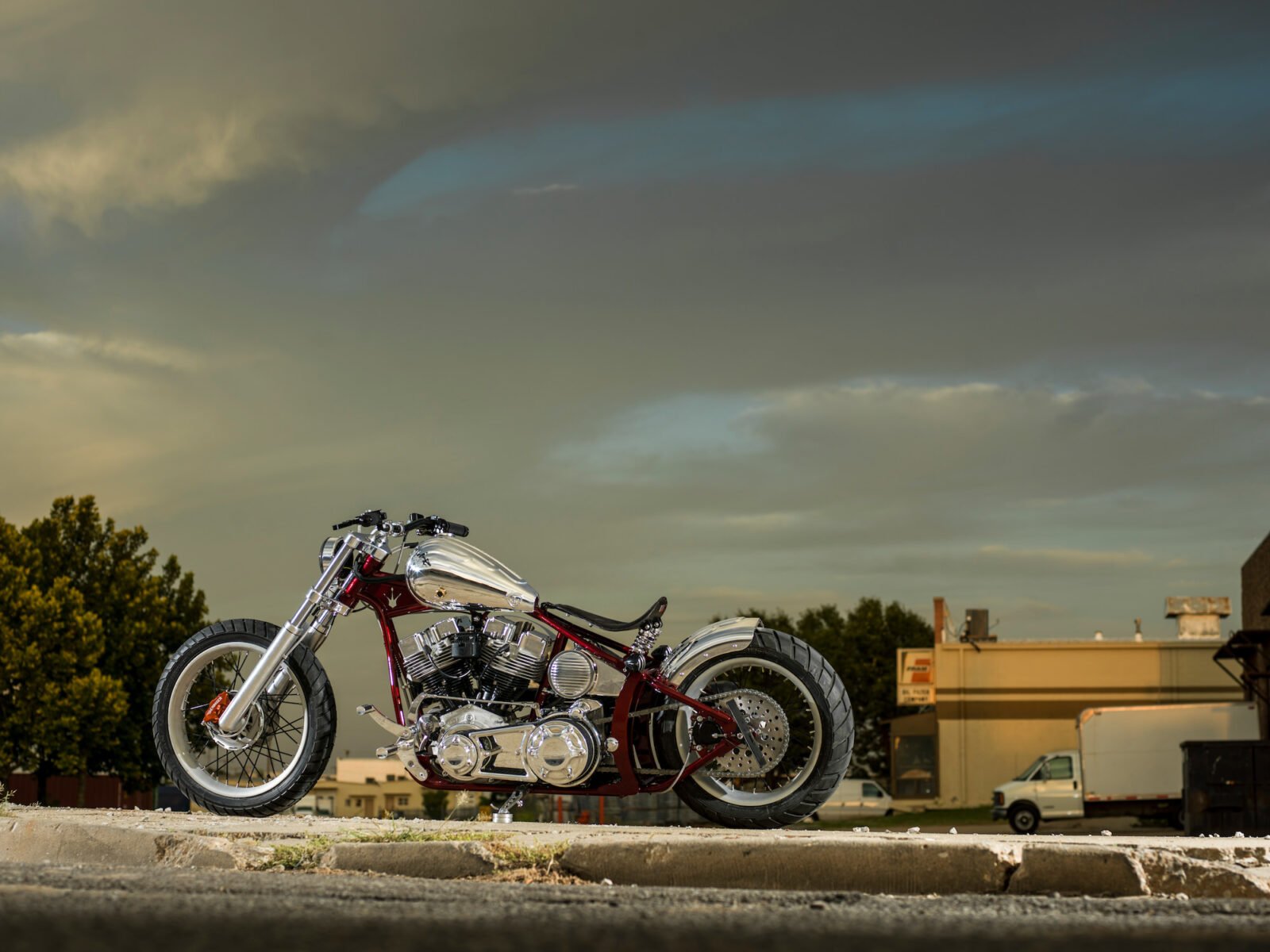 The Brass Balls Cycles F3 Rocketeer is a limited production motorcycle based directly on the initial prototype that won the AMD World Championships of Custom Bike Building (production class). Just 15 will be made in total, and a number of them have already been delivered to customers in the USA.

Brass Balls Cycles is a bit of rarity in that its a fully accredited NHTSA federally licensed motorcycle manufacturer – which makes it far easier to road register and insure the bikes. They’ve been in business for 10 years and their most famous build to date was the Brawler GT that was co-designed by Tim Allen of Home Improvement and Last Man Standing fame.

The F3 Rocketeer incorporates a blend of minimalist American bobber styling with a few thoroughly modern additions to improve braking performance and reliability. Interestingly the front brake is a Beringer hydraulic hub brake system originally made for small aircraft. It offers far more compact dimensions that your standard twin front disc and thanks to stringent aerospace engineering requirements it offers excellent stopping power and unflinching reliability.

The fuel tank and rear fender are both milled from blocks of 6061 billet aluminium on an industrial CNC machine. The fuel tank is created in 4 parts which are then TIG welded together before being pressure tested, then polished to a mirror finish.

Power is sent back through a belt primary to a Rivera Primo 6-speed transmission, and it has a chain final drive. No two examples of the F3 Rocketeer will be quite the same, as owners are able to specify their own finishing touches, although the fundamental specifications won’t change.

If you’d like to read more about the F3 Rocketeer or enquire about ordering one, you can click here to visit Brass Balls Cycles. 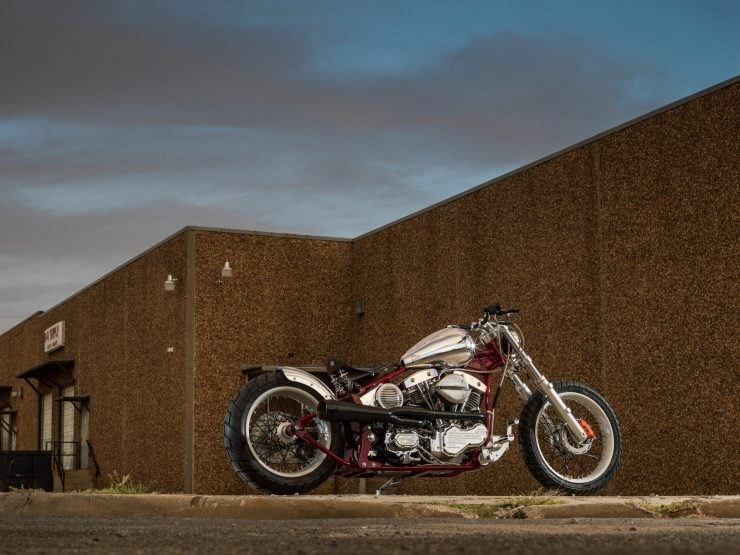 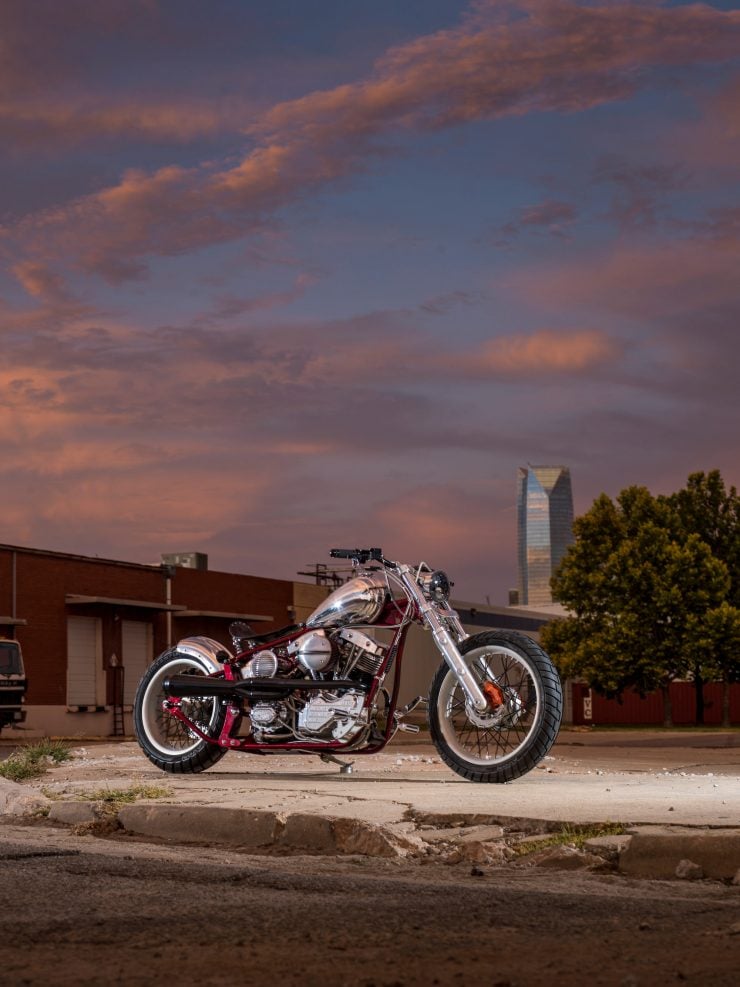 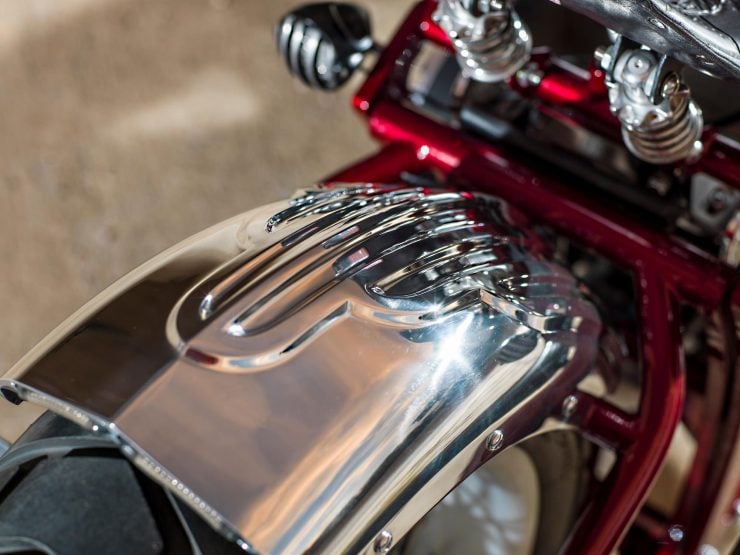 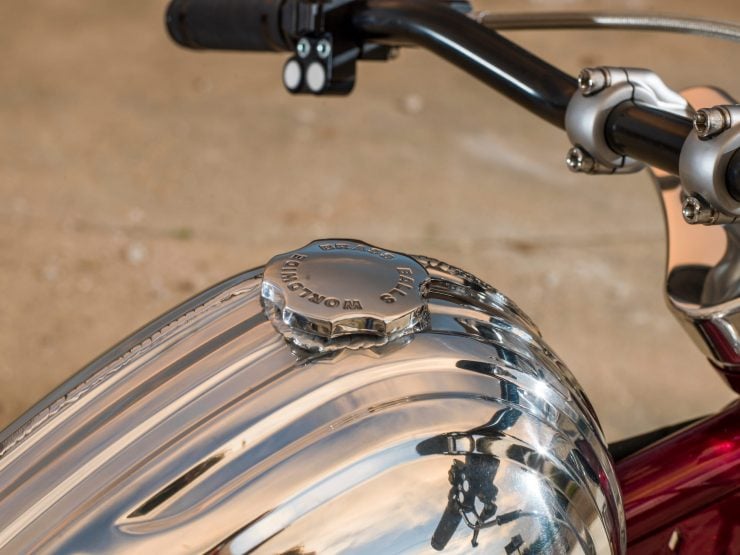 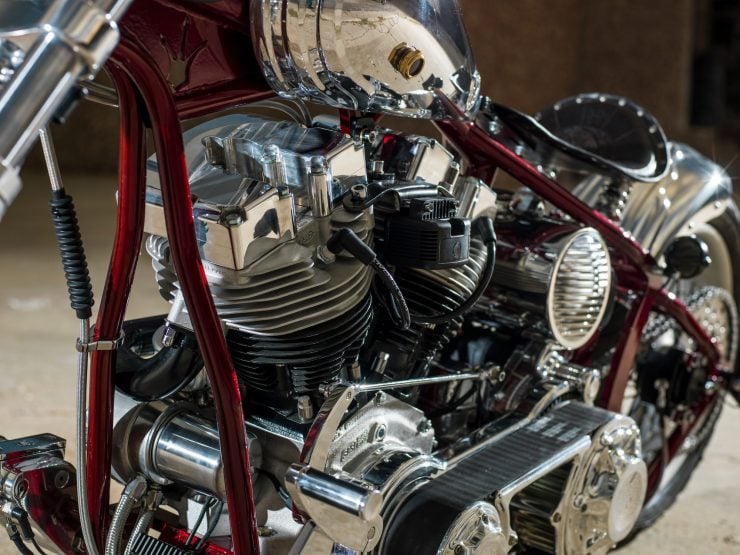 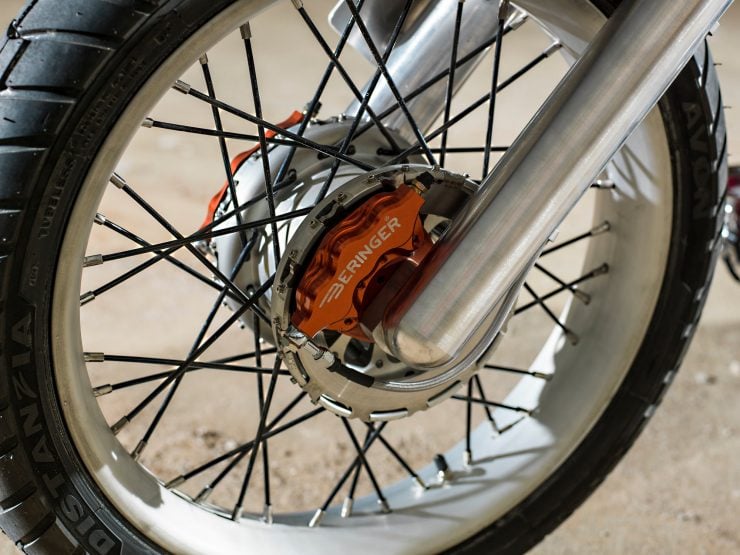 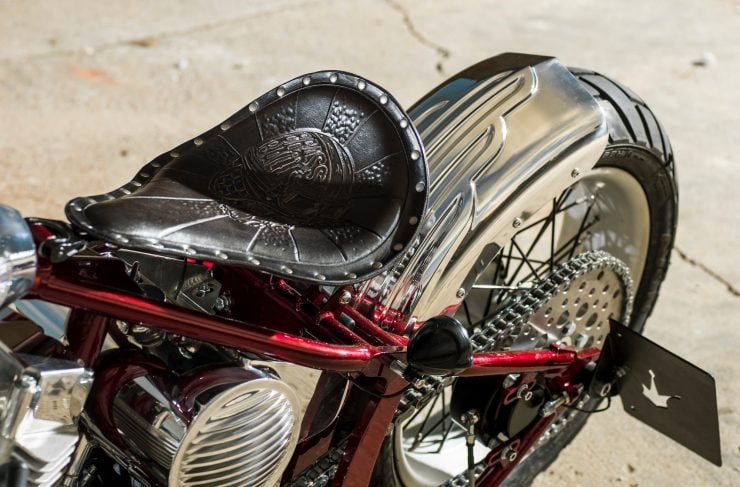 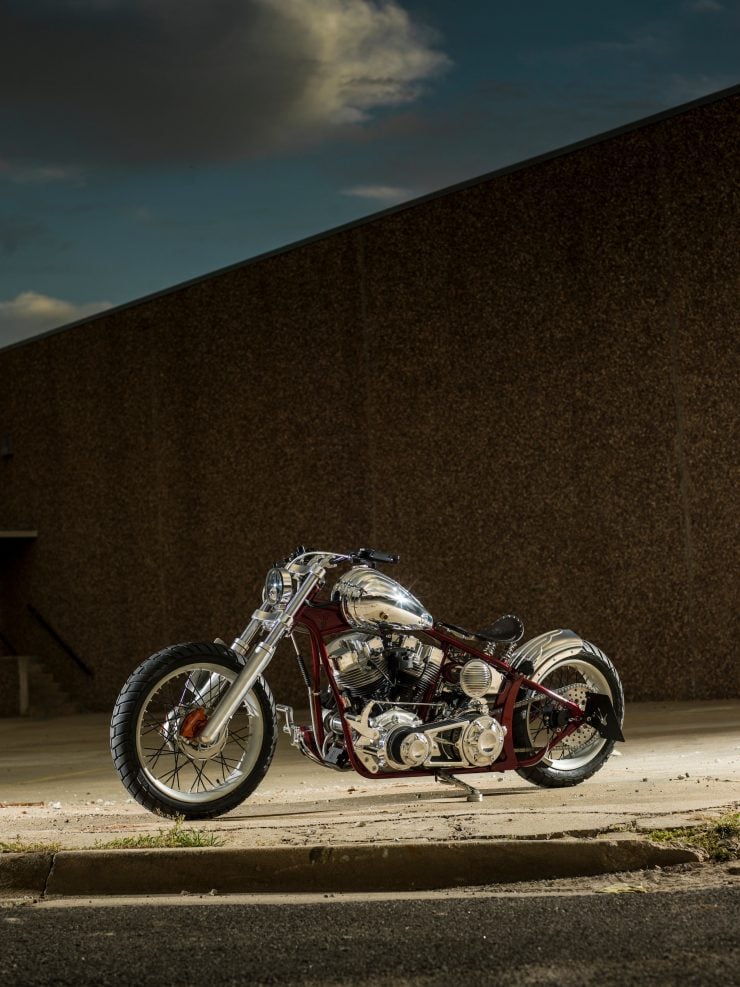 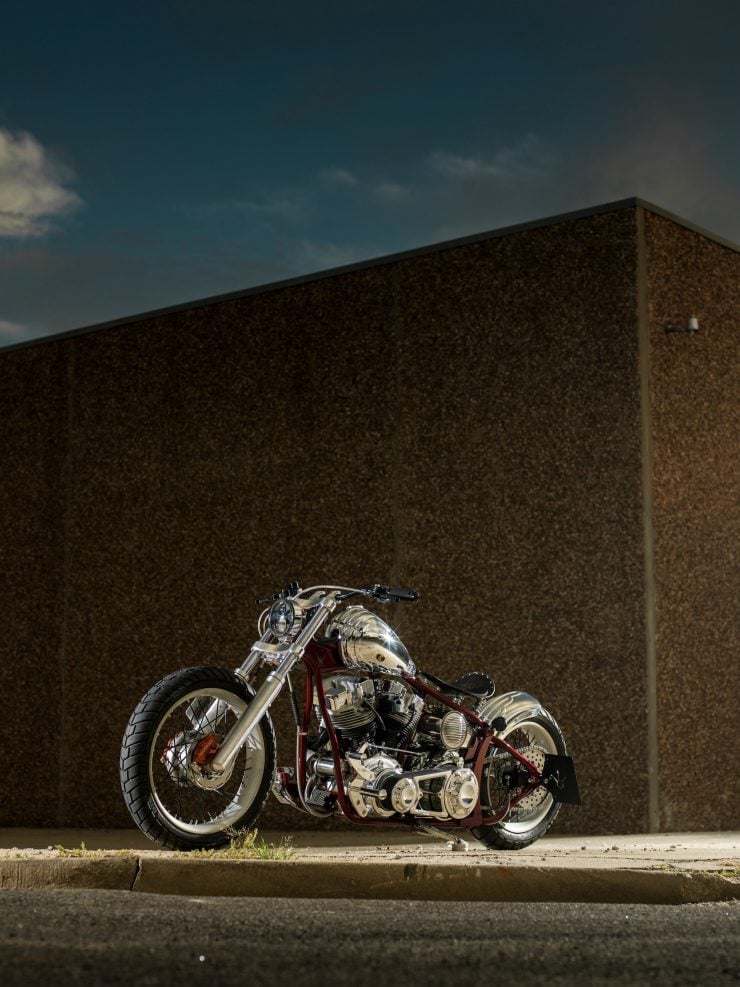 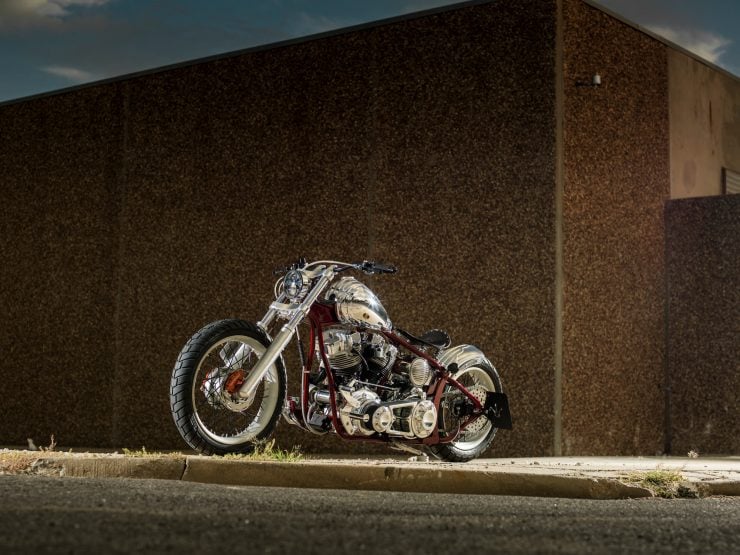 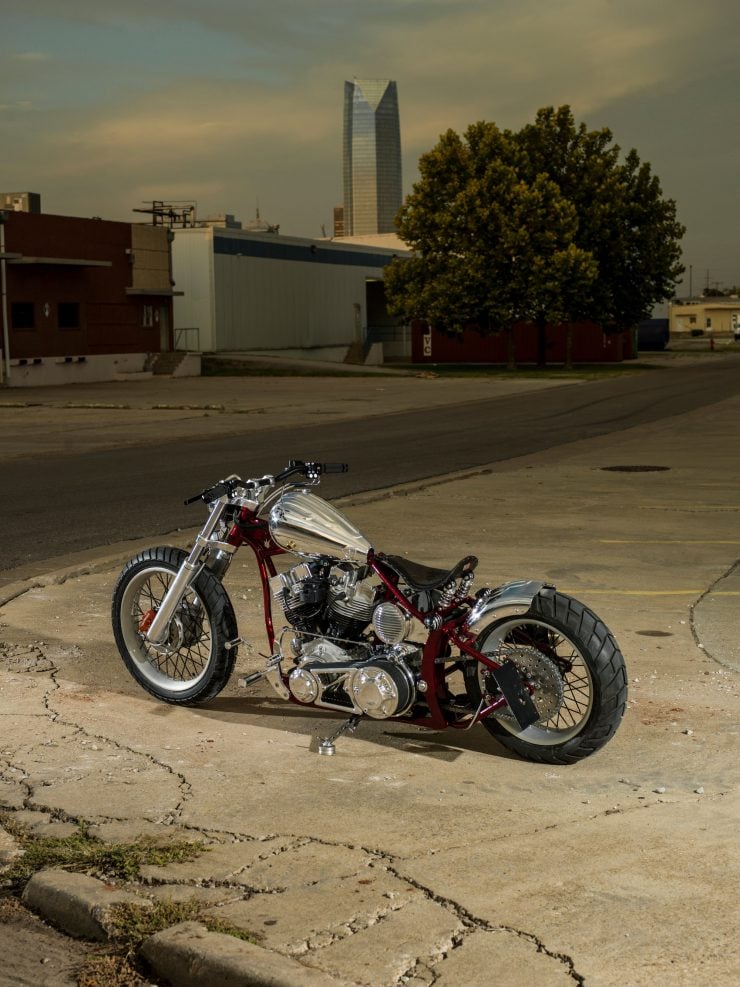