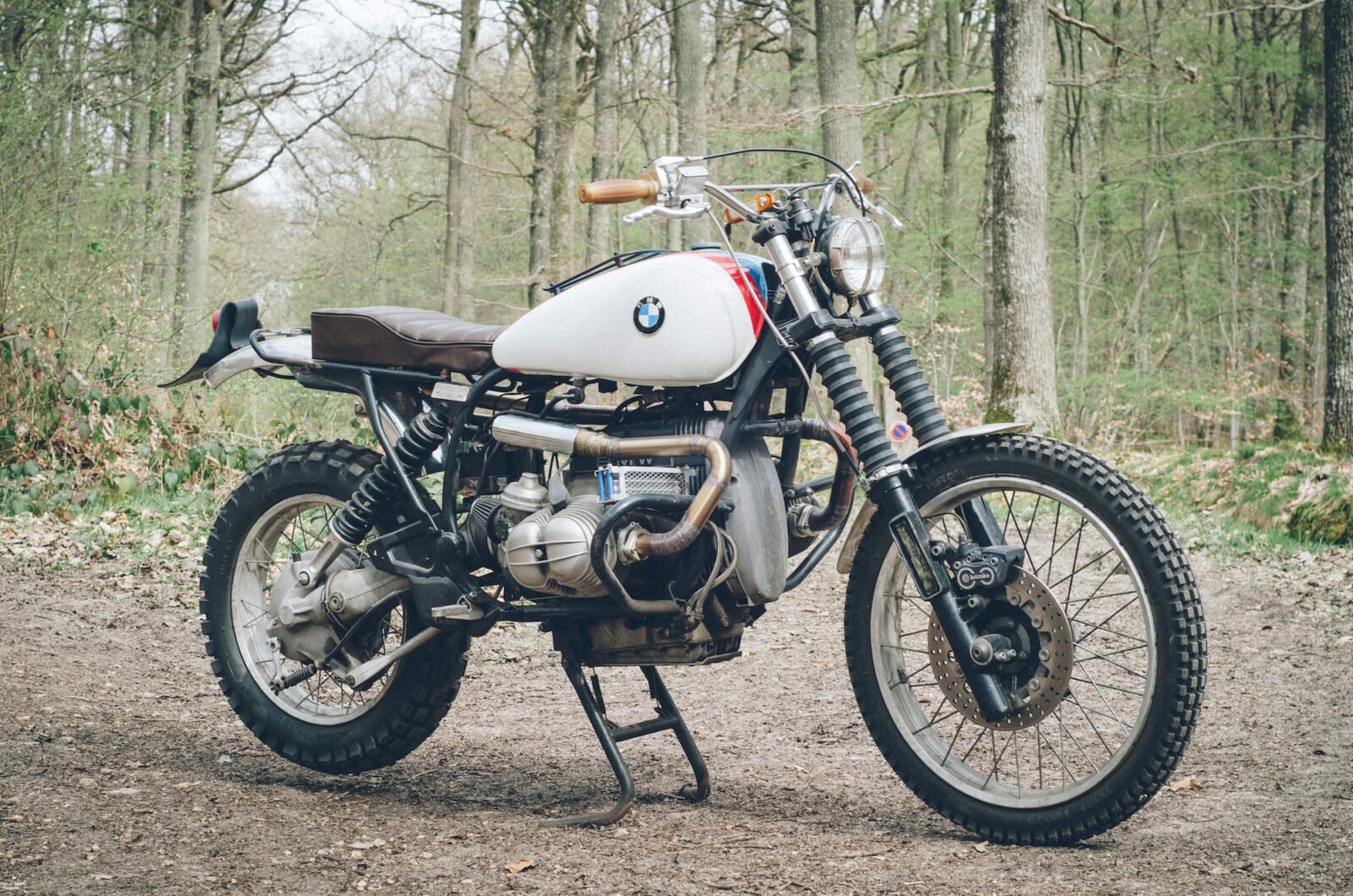 The BMW R100GS was first produced in 1987, along with the other GS (Gelände/Straße) BMWs it was one of the original dual-sport motorcycles and was largely responsible for establishing the market niche that now makes up a significant portion of motorcycles sales worldwide.

Fitted with a 980cc twin-valve horizontally opposed twin, the R100GS could produce 60hp at its rear wheel and it could do it all day long – without blowing up, breaking down or spewing oil all over the tundra.

BMW sold over 34,000 before production stopped in 1994 and the BMW R1100GS took over the mantle as the new “big” engined GS, it wasn’t to be an easy task and many still consider the R100GS to be the best of the Gelände/Straße range.

The R100GS you’re looking at here looks rather different to stock, it’s been rebuilt to be a little more focussed on off-road ability and from a purely aesthetic standpoint (in my humble opinion), it’s perfect.

It was built by the team at La Manufacture as a customer order – the client had very specific requirements, he’s an off-road motorcycling enthusiast and he didn’t want a glossy show-pony, he wanted a bike he could take off-road and ride hard.

After acquiring the 1989 BMW R100GS donor bike from a BMW mechanic in Normandy, the full tear-down began. The original fuel tank was deemed too large and a suitably sized replacement couldn’t be found, so an entirely new, bespoke tank was fabricated and bolted into place.

Other parts were sourced from all four corners of the globe, the headlight was found at a swapmeet in Los Angeles, the handlebar and tail light are original vintage Tommaselli units, Beringer brakes and a Beringer clutch replaced the stock units and the exhaust was replaced with a handmade 2-into-2 system that includes some great welding and not even the slightest whisper of a muffler.

The completed bike can now be found out in the countryside being hammered along trails, fire roads and old paddocks, the new owner is delighted with the finished product and I can’t blame him, it’s one of the best looking scramblers we’ve featured in quite some time. 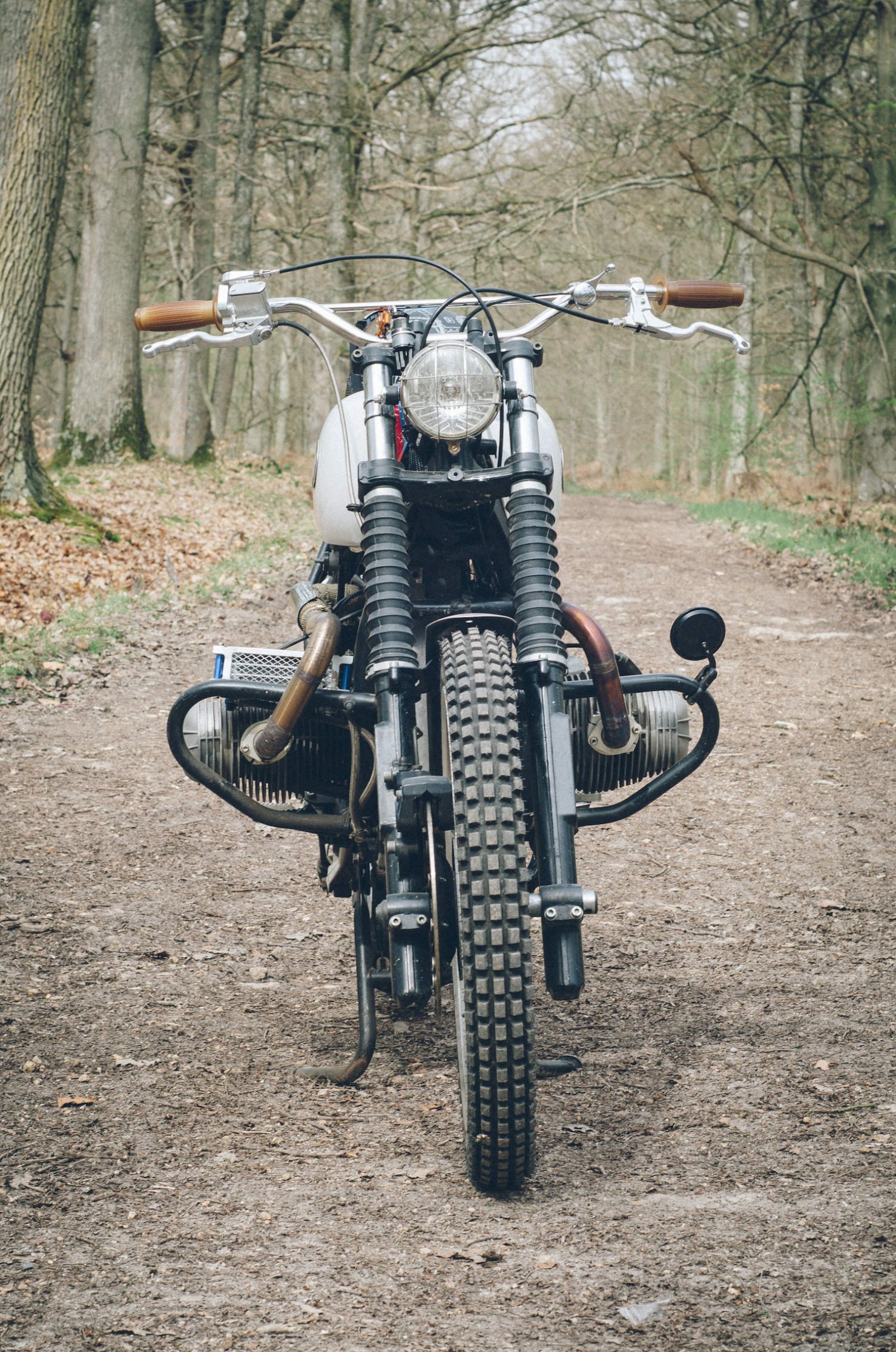 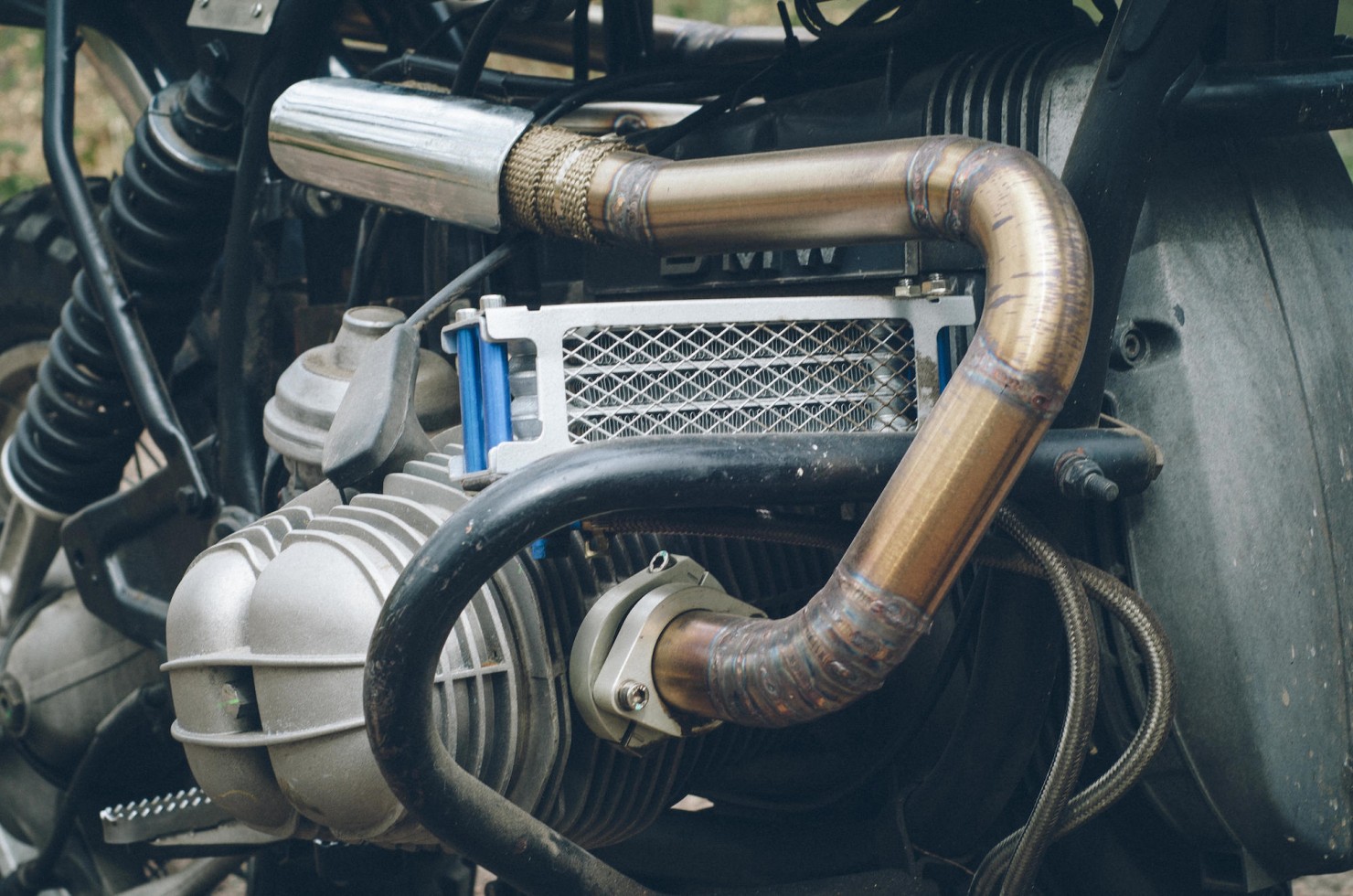 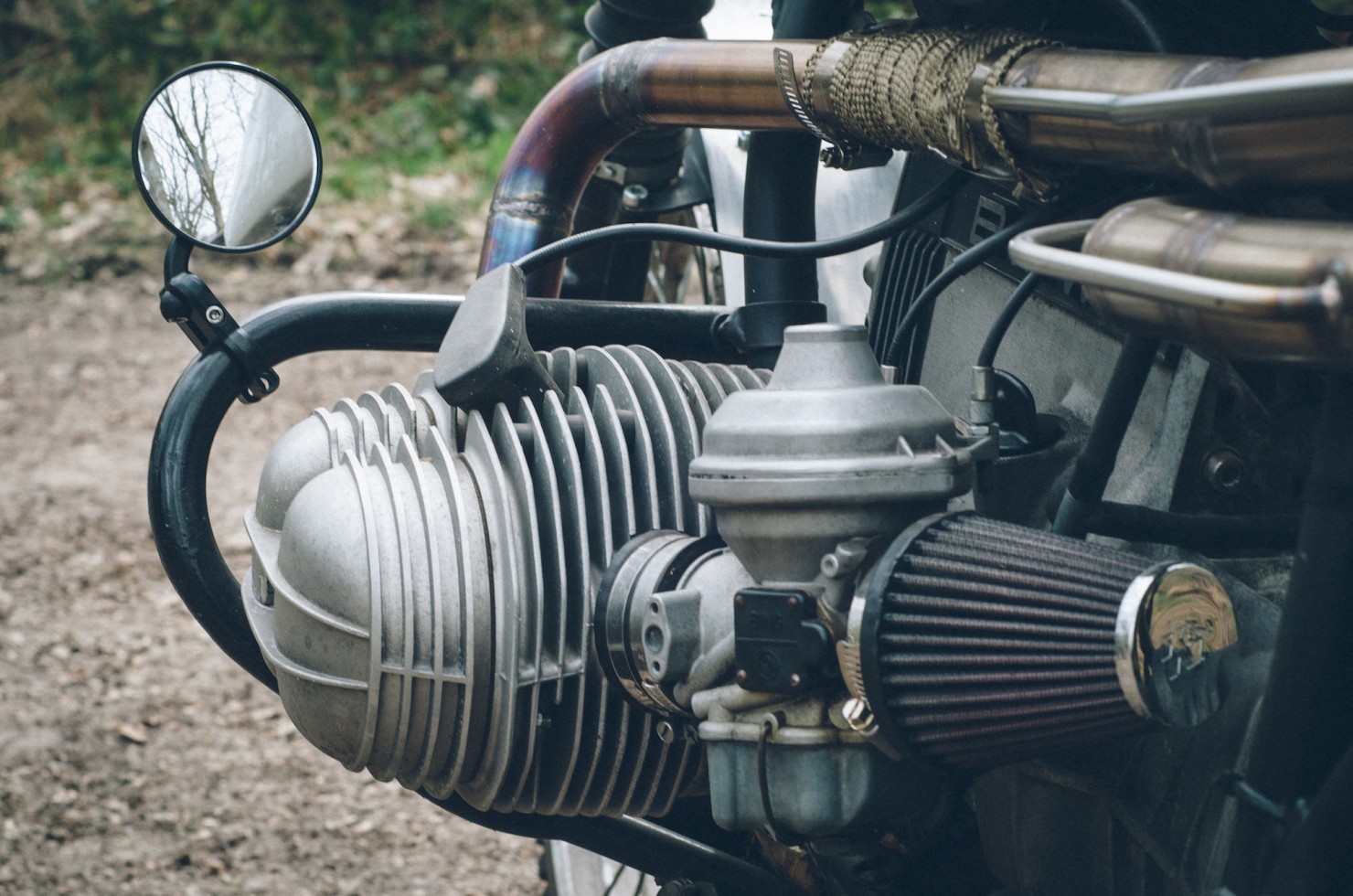 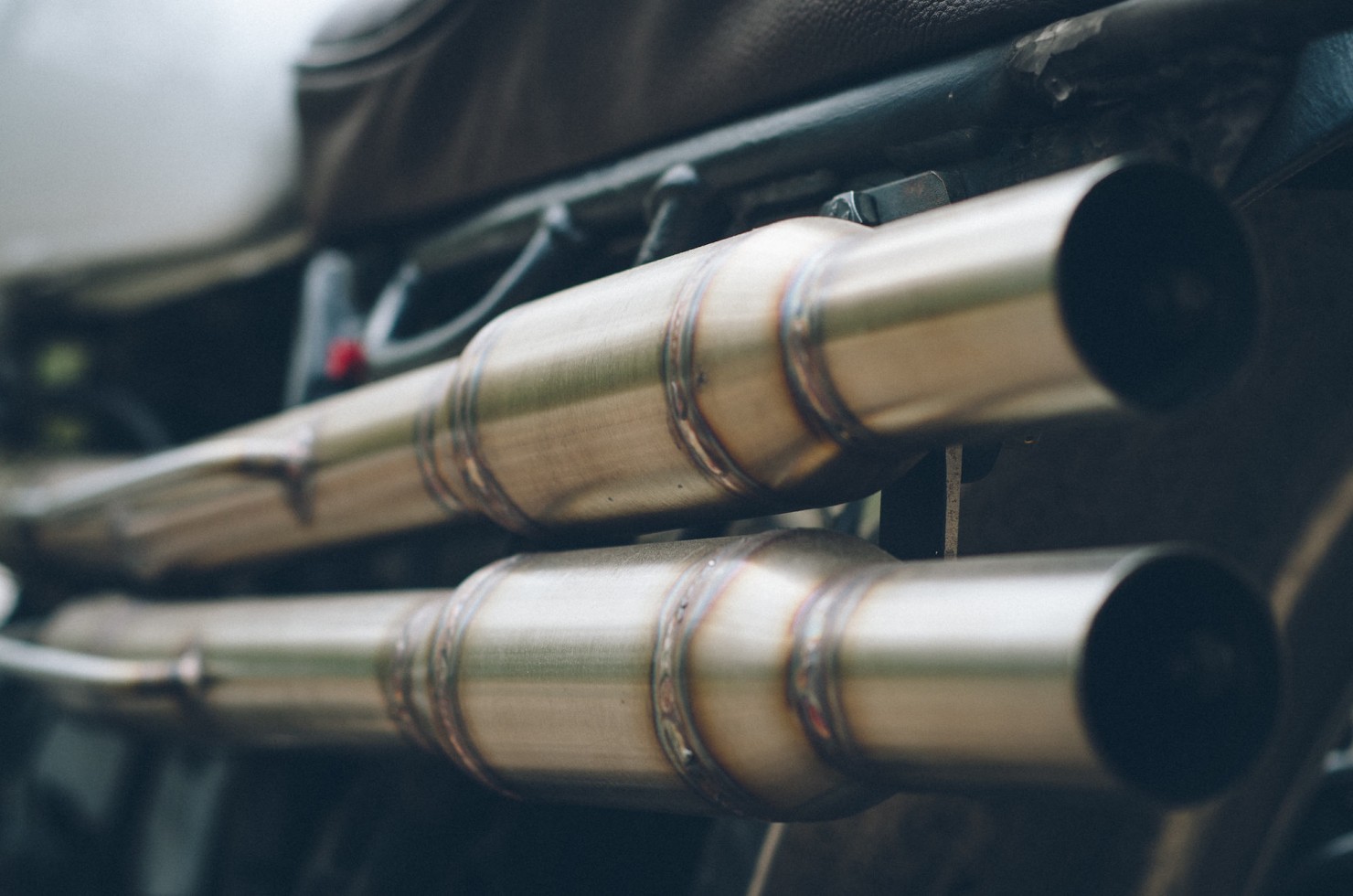 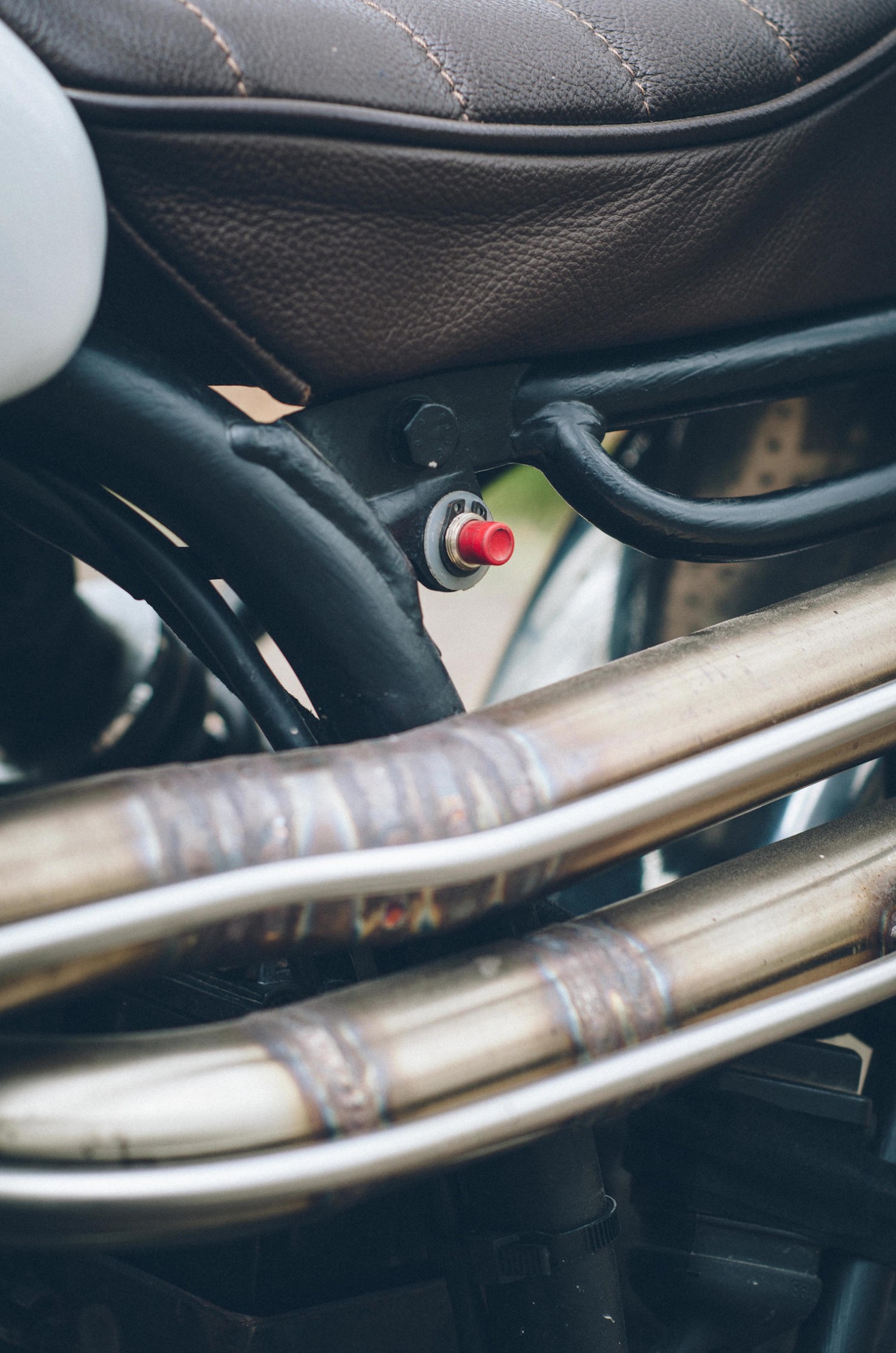 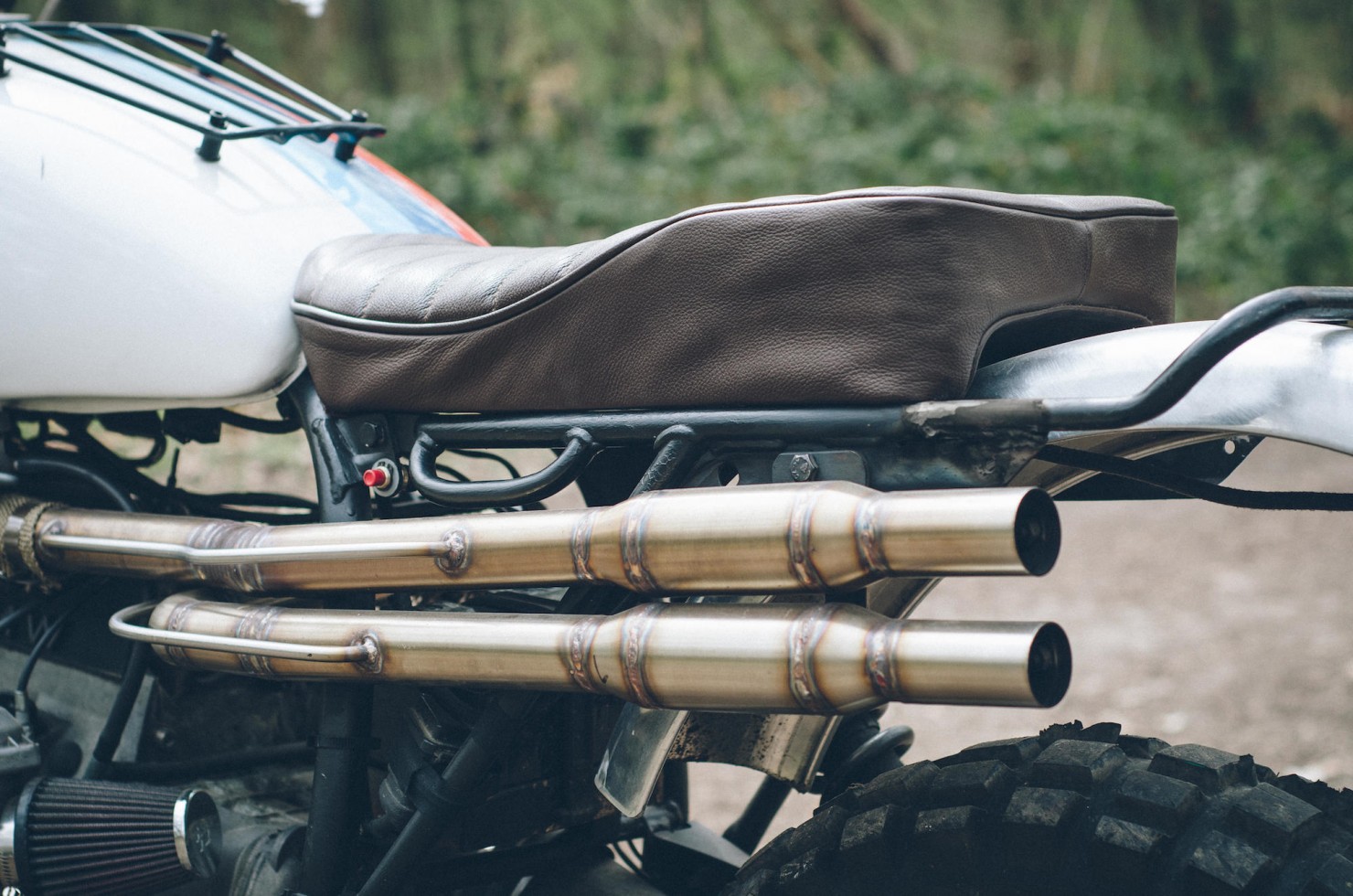 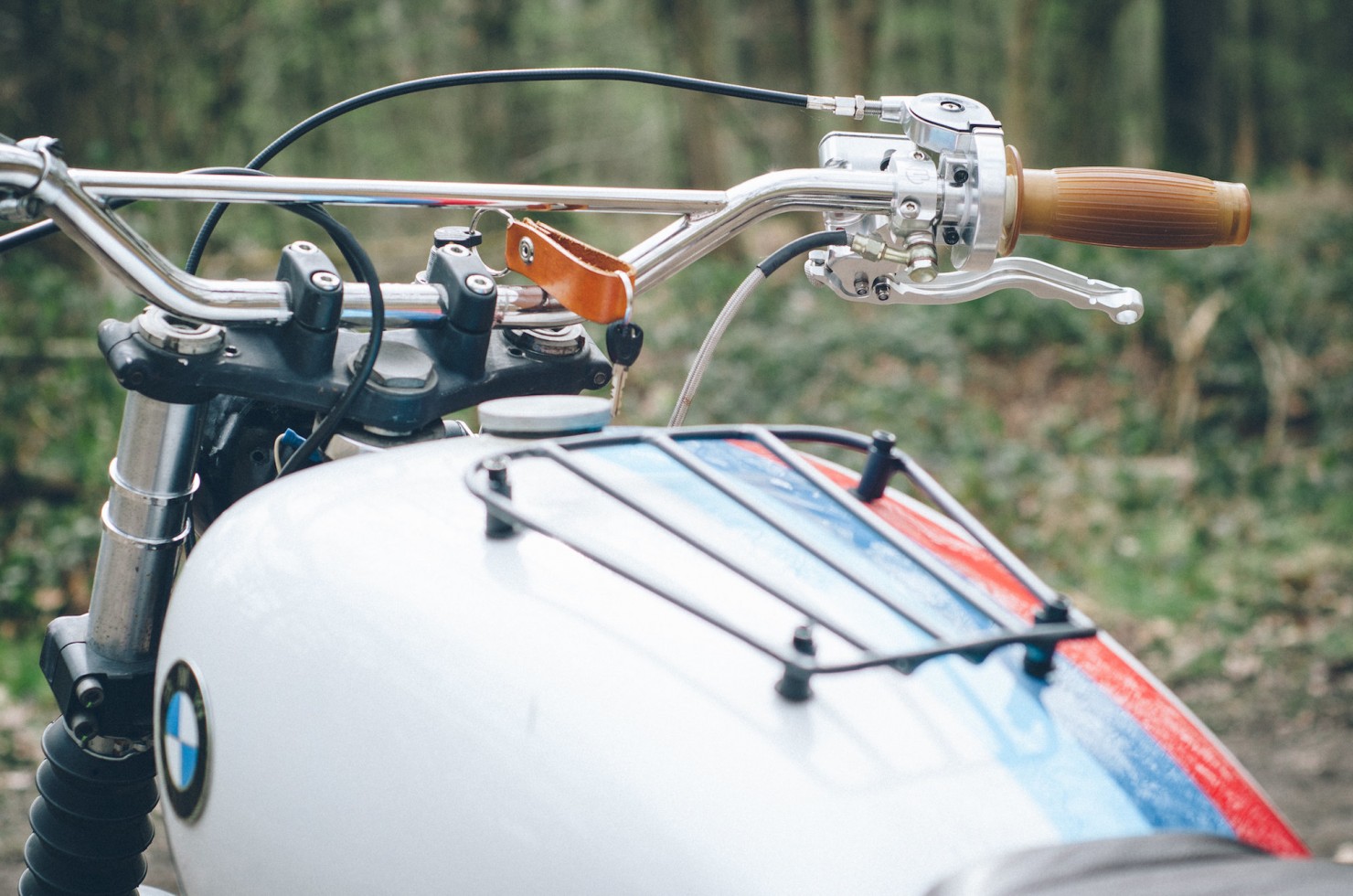 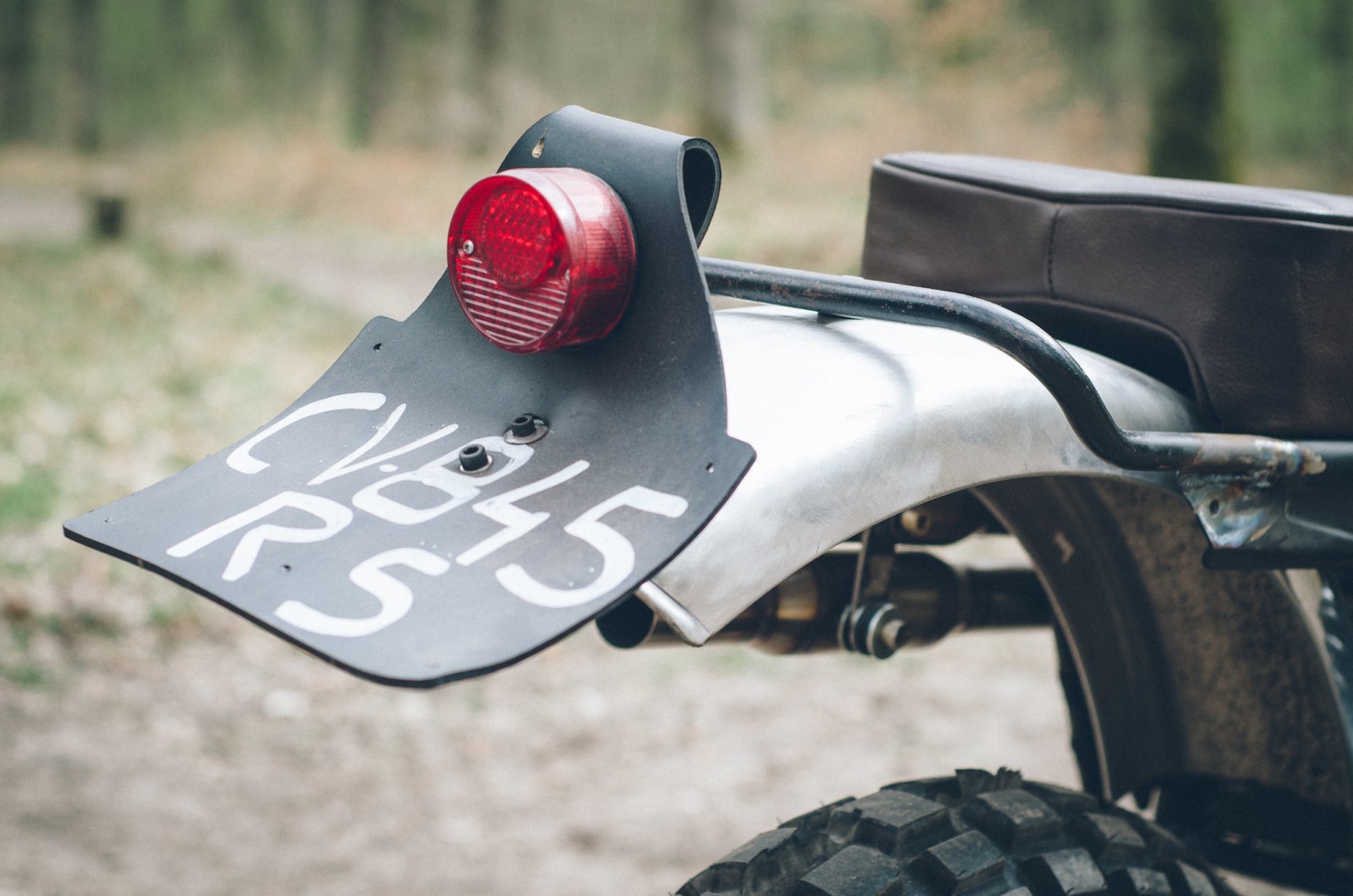 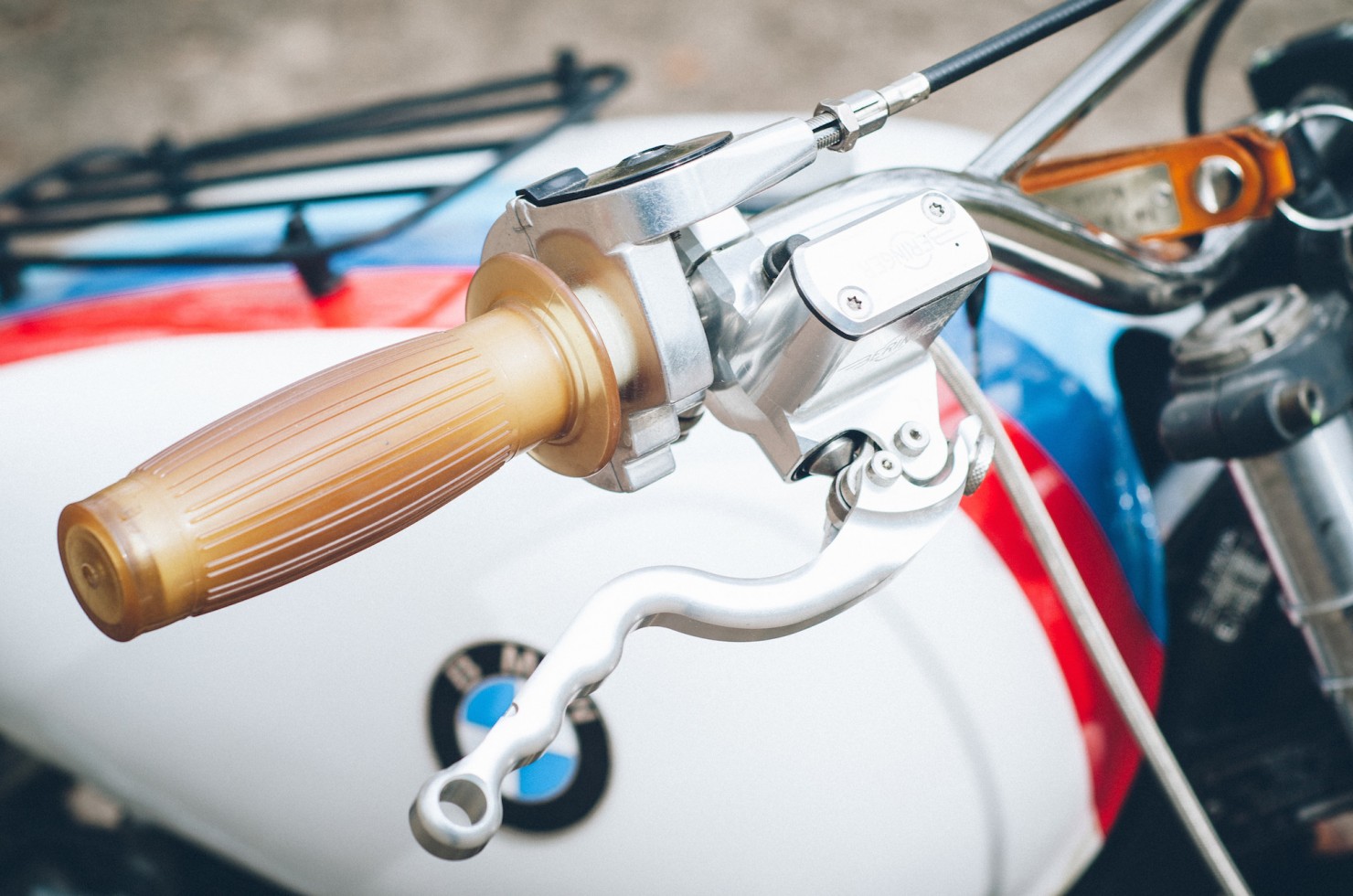 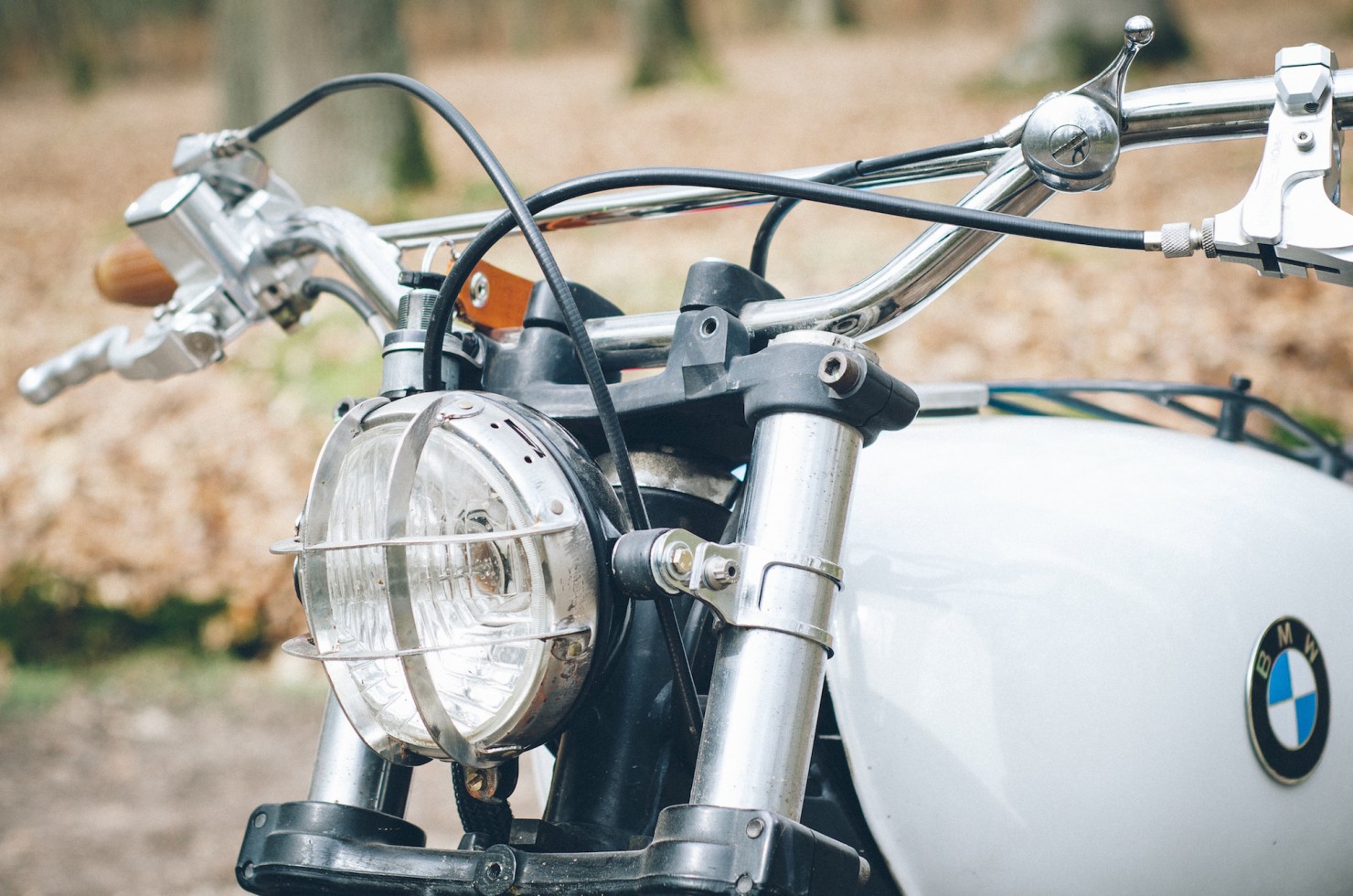 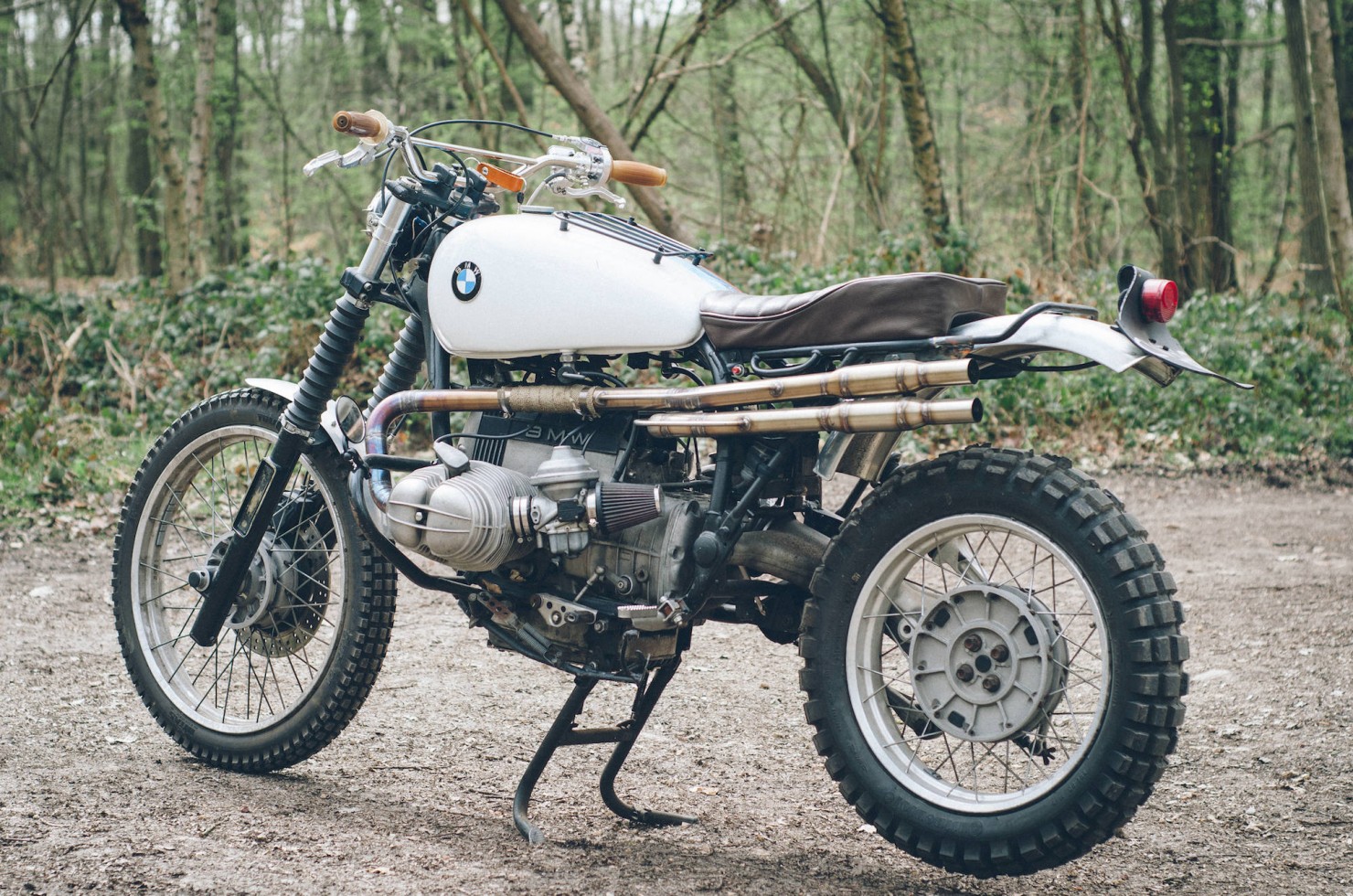 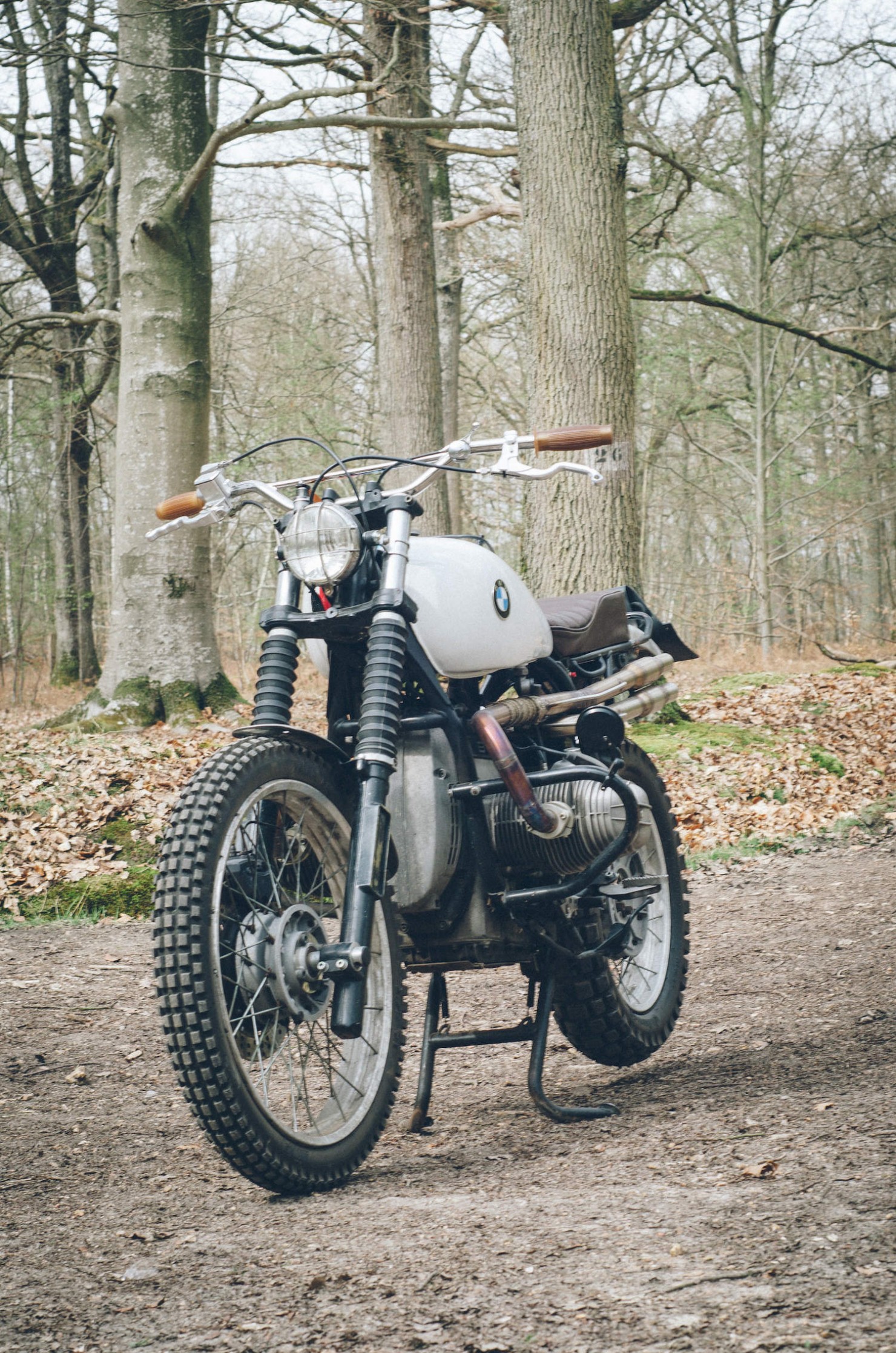 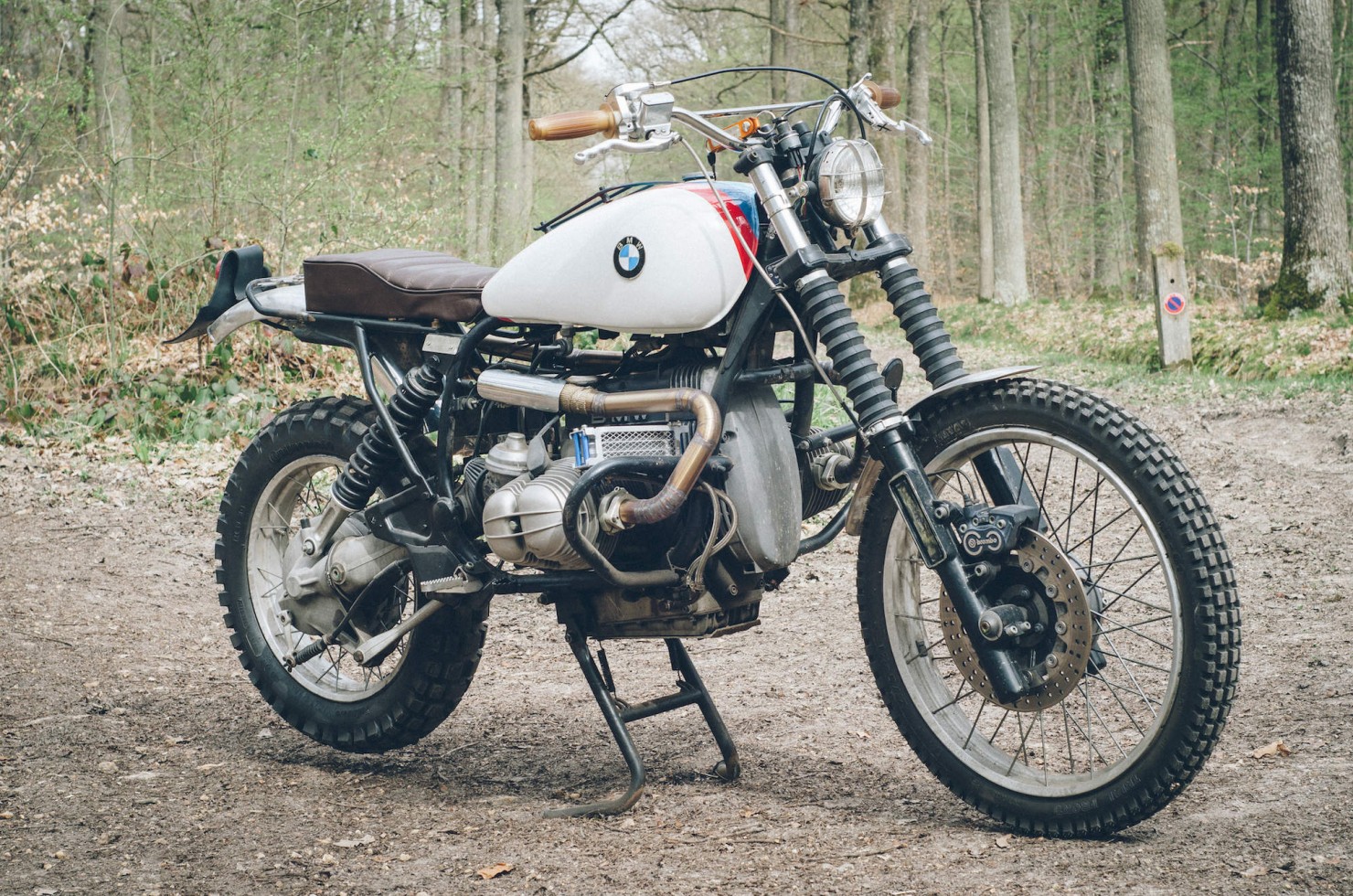 All images by Charles Séguy. 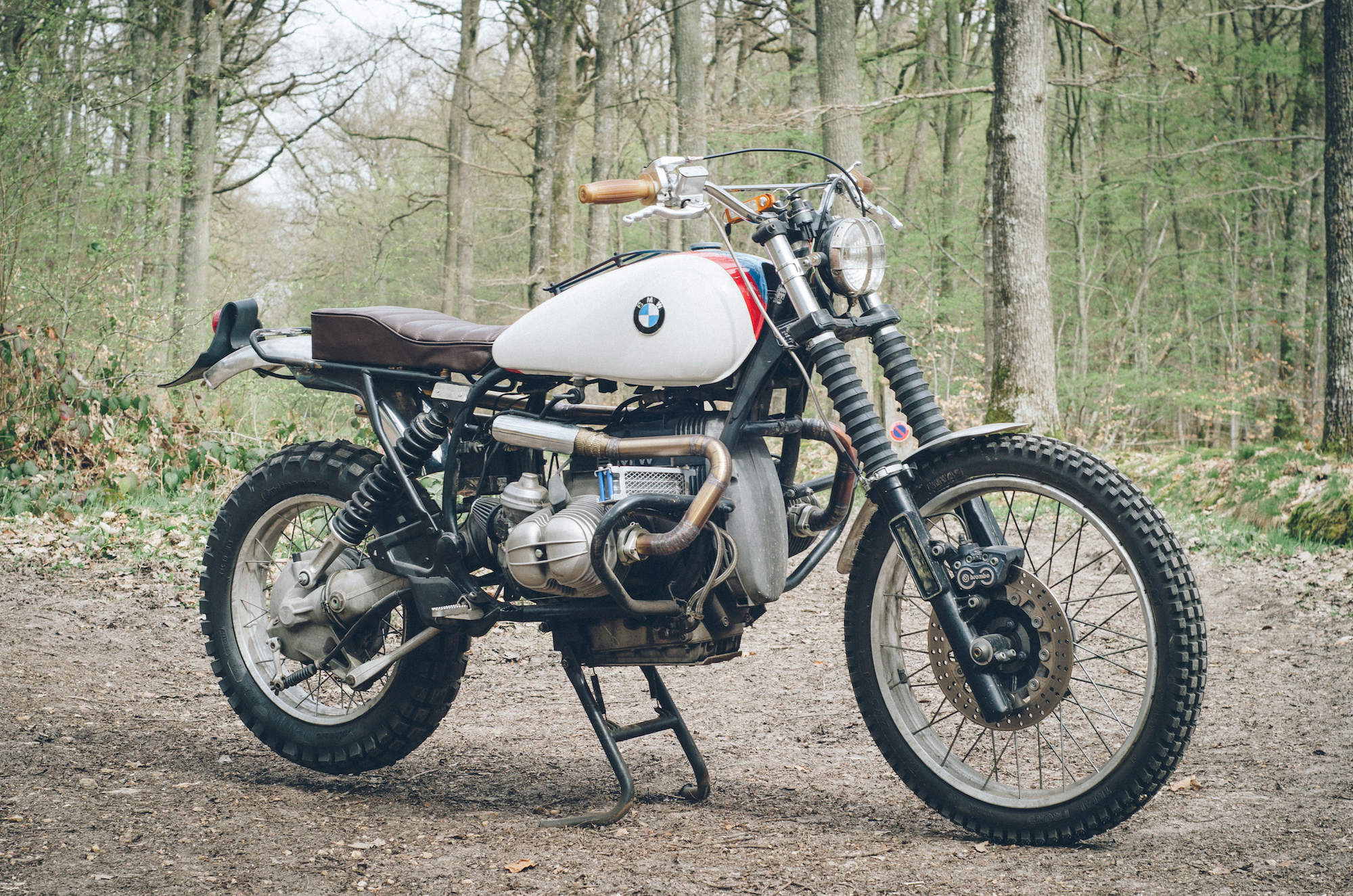