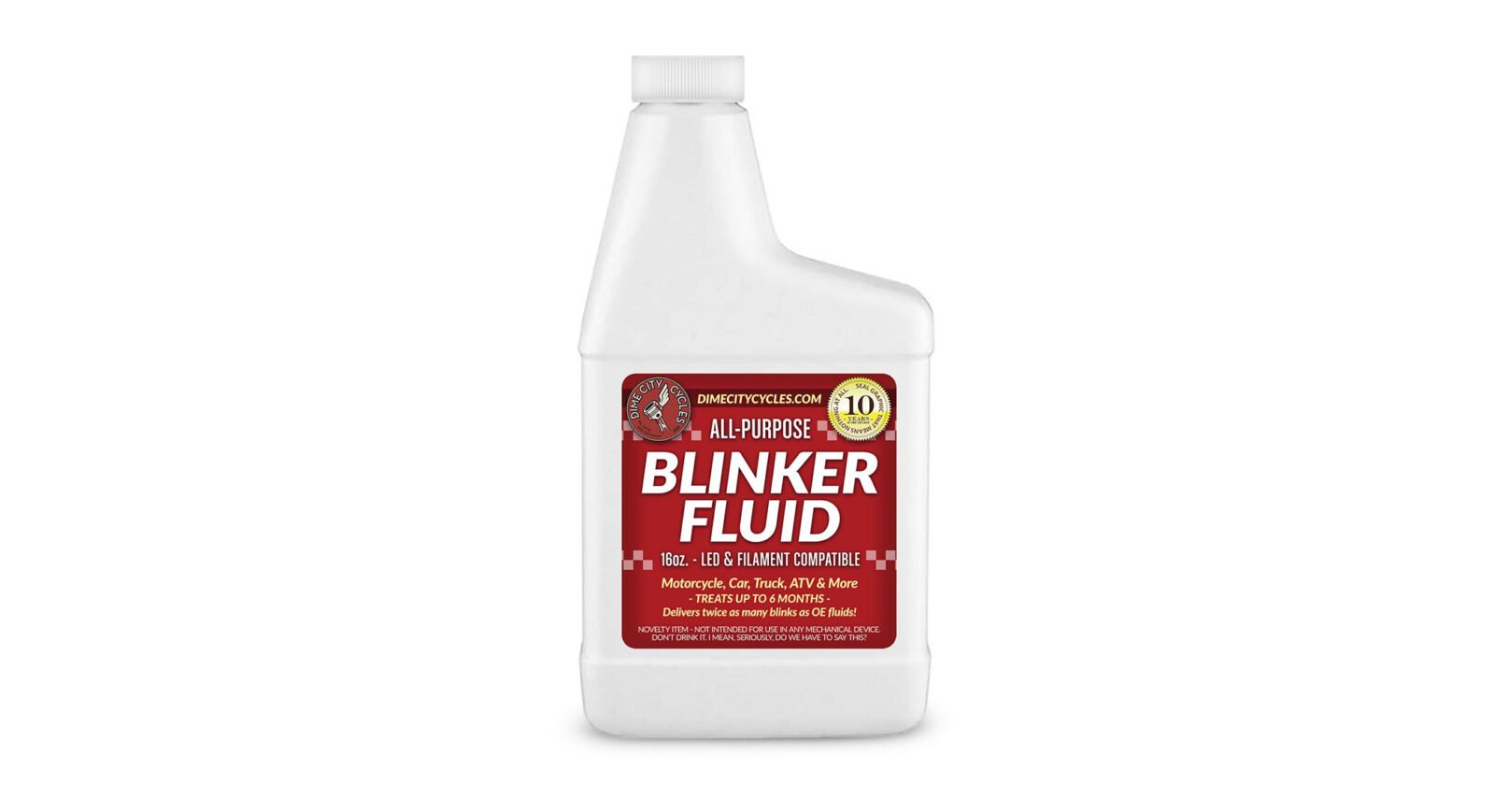 This all purpose blinker fluid by Dime City Cycles is an absolutely essential item for any home mechanic to have on hand. Startlingly, most motorists don’t even know how to check their blinker fluid levels, let alone top them up correctly.

All modern cars (with the exception of BMWs and Porsche Cayennes of course) have a small stalk on the side of the steering wheel that allows the driver to activate flashing amber lights or “blinkers” on each corner of the car. This allows the driver to message other road uses and alert them about potential upcoming direction changes.

Most motorcycles and scooters also have these lights (with the exception of the Suzuki GSXR and any Vespa ridden by an Italian), they’re activated by a thumb switch that can be flicked left, right, or clicked directly down to cancel the blinker signal.

The key research team at Dime City Cycles spent a little over 11 years in the laboratory working on this blinker fluid formula, the end result is the only blinker fluid in the world that is both LED and incandescent bulb compatible.

Impressively this blinker fluid will also work in both imperial and metric-based vehicles, it’s interchangeable between the left and right side blinkers as well as left and right hand drive cars, and it offers up to twice as many blinks as standard OEM fluid – requiring only 1.21 Gigawatts for each individual flash.

There are additional uses for Dime City Cycles’ propriety brand of blinker fluid including blindspot removal, road rash healing, tribal tattoo removal, and it makes a particularly delightful cologne thanks to its included pheromones – which are rumoured to be harvested from fresh Liger urine.

With an MSRP of just $5.95 USD it’s likely that this is the single best investment you can make in your car or motorcycle. Competent motorists should have at least one bottle of this on the shelf, and they may want to consider gifting it to a friend who struggles to complete even the most mundane mechanical tasks. Just to watch them try to use it.