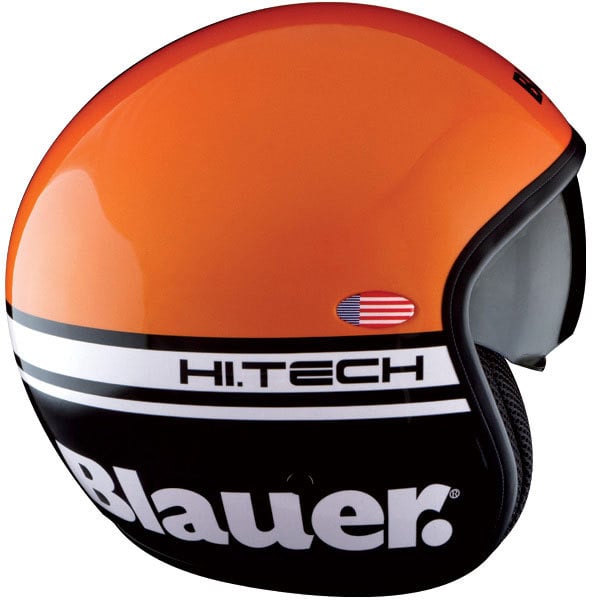 Blauer isn’t a helmet brand you encounter all that often outside of Europe, they make great lids though and tend towards the use of more advanced materials in their construction.

This helmet, dubbed the Pilot Orange for obvious reasons, is made from a triple composite Dyneema-Carbon-Aramidic and has a UV400 flip down sun-visor. The helmet is certified by the ECE 22.05 label, that’s roughly equivalent to the US DOT certification, though some would argue it’s actually better.

Check out the helmet via FC-Moto here or read more about the ECE 22.05 vs DOT vs Snell debate here.