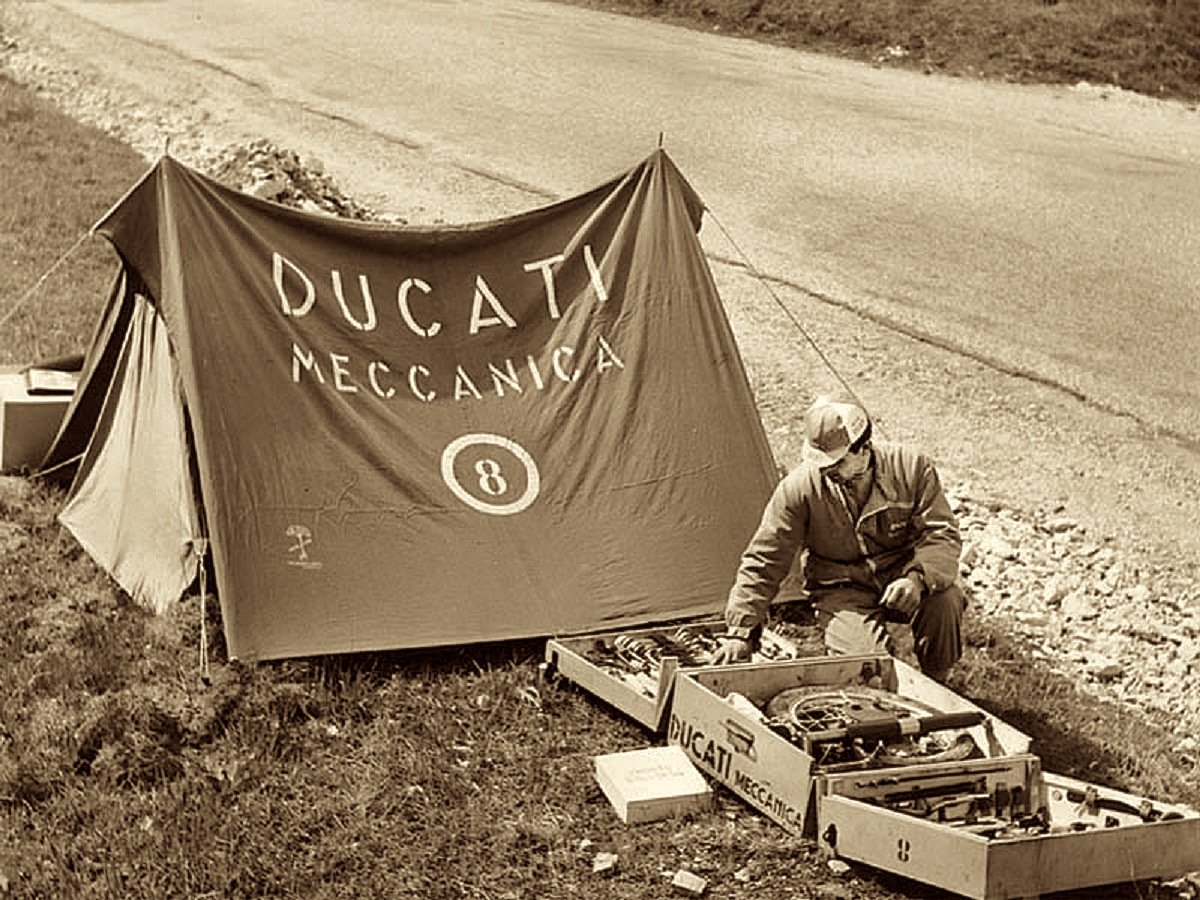 This is an old photograph of an old roadside Ducati pitstop, I’m not sure what the race in question was but I do like the fact that he seems to have almost an entire spare bike sitting in his wooden cases.