Falcon is a company that needs no introduction, unless you’ve been living under a rock or not reading motorcycle magazines/websites for the past couple of years.

Their creations are revered almost like Greek gods amongst enthusiasts of two-wheeled customs, their most recent bike, the Black Falcon, went on to be featured on not only motorcycle-centric sites but also on some of the biggest design and news websites in existence.

Falcon is now producing custom motorcycle parts through Factory Falcon, these handlebars are based on the Brooklands and Velodrome boardtracker inspired bars used on the Kestrel and Bullet Falcon.

Factory Falcon parts are aesthetically purposeful solutions designed to tame manmade mayhem and withstand forces of nature with an unprecedented sense of style. Fabricated in California, USA with the advantage of hindsight and the gift of foresight, each component will remain unmolested by cultural compulsions while radiating mechanical and visual harmony. Factory Falcon 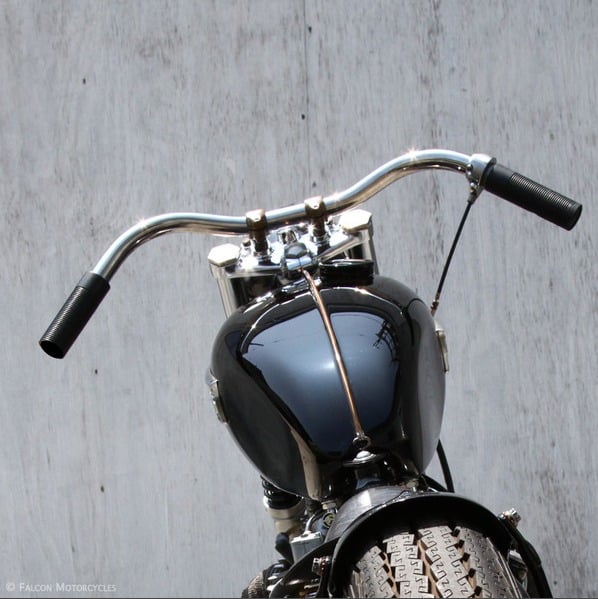