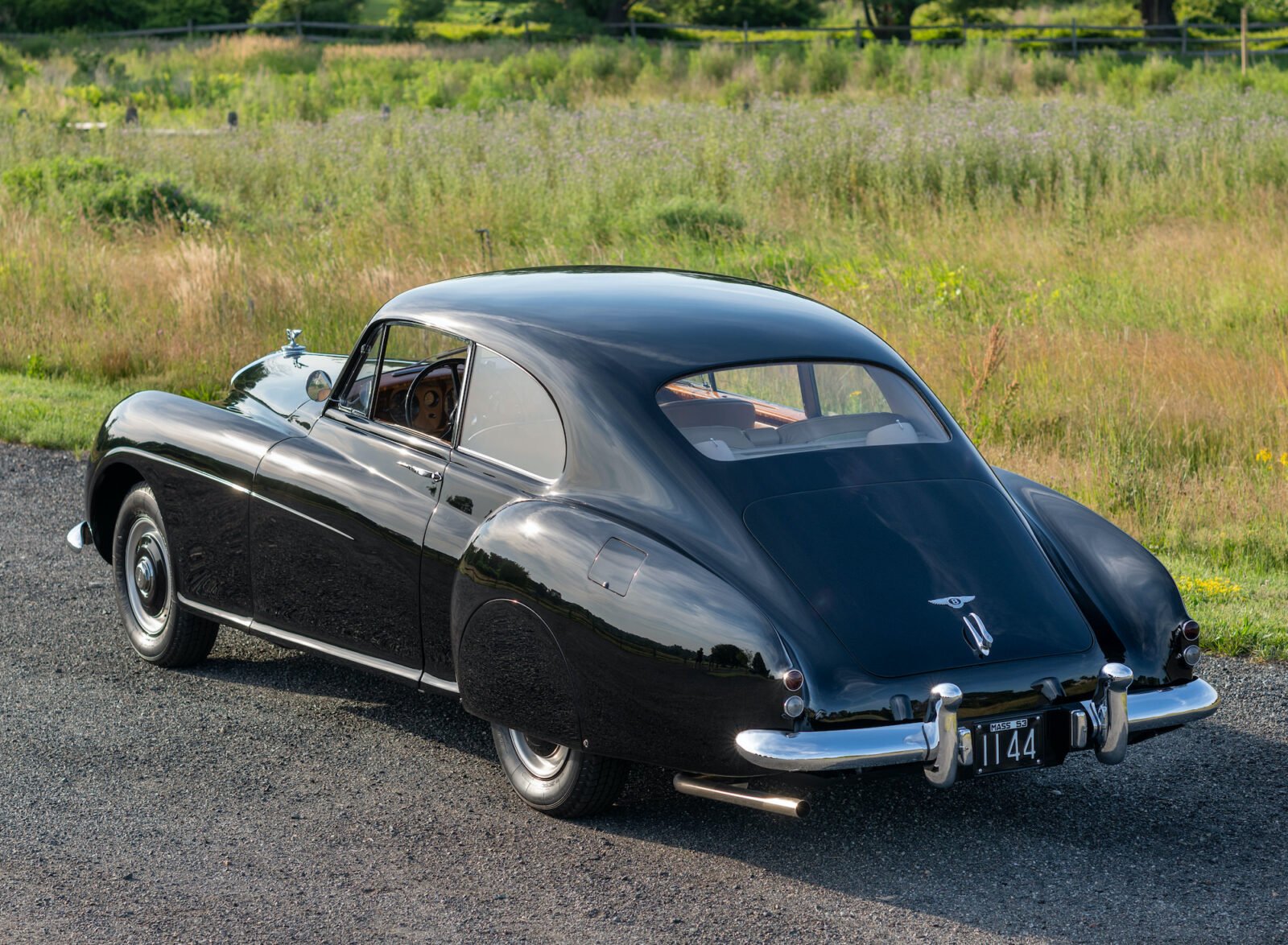 Although we most often associate James Bond with the Aston Martin DB5, in the 1961 Ian Fleming novel Thunderball his automobile of choice was a Bentley R-Type Continental, which he had rebodied from a wreck by British coachbuilders H.J. Mulliner.

The Bentley R-Type Continental was developed in the early 1950s to be the ultimate gentleman’s express, a grand tourer capable of crossing continents as easily as it crosses cities, all draped in rich leather and gleaming walnut trim.

When it first hit the road in 1951 the R-Type Continental was the fastest four-seat car in the world, with a top speed of over 100 mph thanks to its 130+ hp 4.6 liter straight-six.

Bentley was acquired by Rolls-Royce back in 1931 and the two companies have been in lockstep ever since, often producing very similar models with their own respective badging. 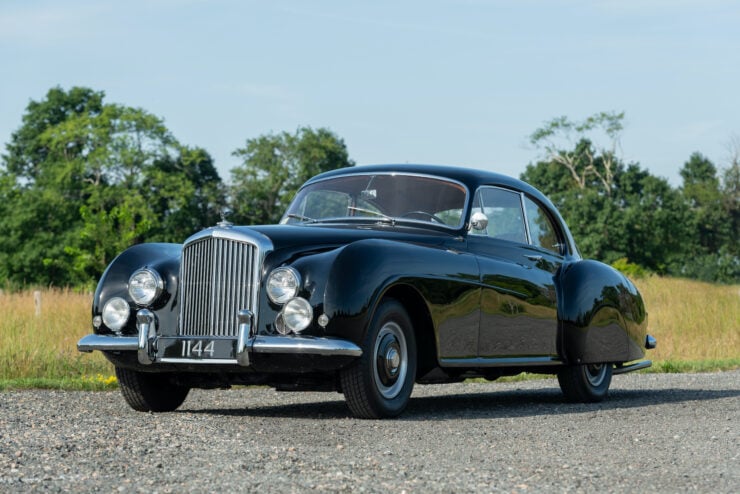 The elegant styling of the R-Type Continental was penned by Stanley Watts of H. J. Mulliner.

The Bentley R-Type, on which the R-Type Continental is based, would be one such car. The rare Continental version was developed by Rolls-Royce and coachbuilding firm H. J. Mulliner & Co. and the leadership of Rolls-Royce Chief Project Engineer, Ivan Evernden.

The reason Rolls-Royce worked with Mulliner rather than with their own coachbuilding firm Park Ward  was due to the new body construction technique used by Mulliner which used a full metal body, without the use of a traditional ash wood body frame under metal panels.

The styling of the R-Type Continental is attributed to Stanley Watts of H. J. Mulliner who integrated lessons learned using Rolls-Royce’s wind tunnel by Milford Read. The long swept rear of the car significant helps to reduce drag and the subtle rear fins are said to help stabilize the car at higher speeds.

Early versions of the car were fitted with the 4.6 liter (4,566cc or 278.6 cu. in.) straight-six that was good for 130+ hp. This engine had an iron-block with an aluminum-head, twin SU type H6 carburetors, and a 3.62 in bore with a 4.50 in stroke. Power was sent to the live axle read end via either a 4-speed manual center shift or a 4-speed automatic transmission.

Later versions of the car, from mid-1954 onwards, were fitted with the more powerful 4.9 liter version of the same engine, a size increase that came thanks to its larger 3.7 inch bore. The straight-six used in the Continental was largely the same as the engine used in the standard R-Type, with the exception of the altered carburation, induction, and exhaust manifolds.

The engine also used a higher compression ratio of 7.25:1 compared to the normal engine at 6.75:1. Though low by modern standards, these compression ratios were chosen due to the poorer quality fuel typically available at the time. 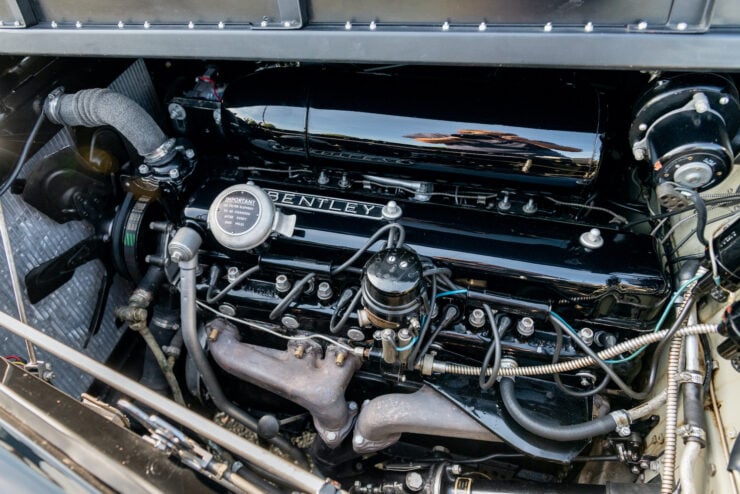 This car is powered by the 4.9 liter straight-six with period-correct modifications to boost power output to 178 bhp.

By the time the production of the R-Type Continental drew to a close just 208 examples had been made, 207 regular production cars and one prototype. Of these cars, just 43 were left-hand drive. Today the model is seen as one of the most collectible Bentleys of the era, with auction values now reaching well over a million USD.

The car you see here is possibly the only one that was built by Bentley twice, once when it was first constructed and then again after it had been involved in an accident requiring chassis repairs, a new body, and a new more powerful engine.

J. Gordon Mack was the first owner of this car, a member of the Pennsylvania family that owned the G.C. Murphy variety store chain. Mack took delivery New York distributor J.S. Inskip though less than a year later the car was returned to the factory and was totally remanufactured to the most current specification.

It’s likely that this was due to the car being involved in an accident, the upside of which is that the car was equipped with the more powerful 4.9 liter engine in place of the original 4.6 liter unit.

The car would later be restored in 1988, and then in 1997 it would receive an upgrade to the big-valve, six-port cylinder head, as used on the later Bentley S1, as well as larger SU carburetors, a special distributor, and a larger-diameter tailpipe – all together this boosted the engine’s output to 178 bhp.

These period-correct engine upgrades are exactly the sort of thing you would expect James Bond to have done to his own car in order to give it a little more poke. Though it’s perhaps not as famous as the DB5, the R-Type Continental is unquestionably the most elegant car ever owned by Ian Fleming’s iconic secret agent.

This unusual Bentley R-Type Continental Fastback is now due to cross the auction block with RM Sotheby’s on the 14th of August with a price guide of $1,300,000 to $1,600,000 USD. If you’d like to read more or register to bid you can click here to visit the listing. 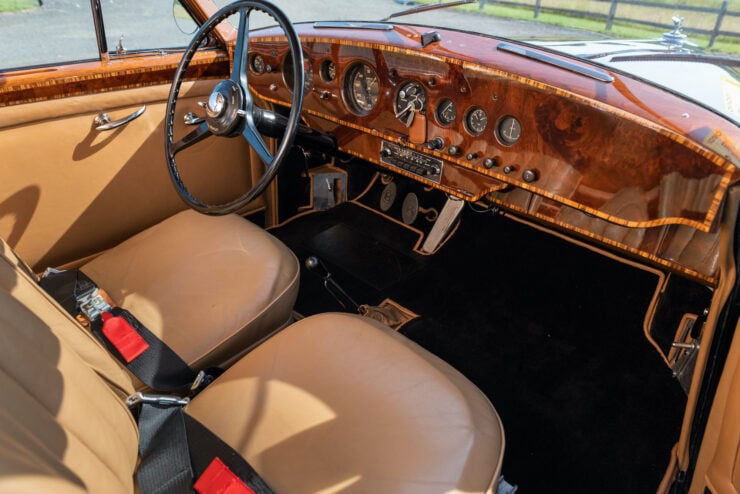 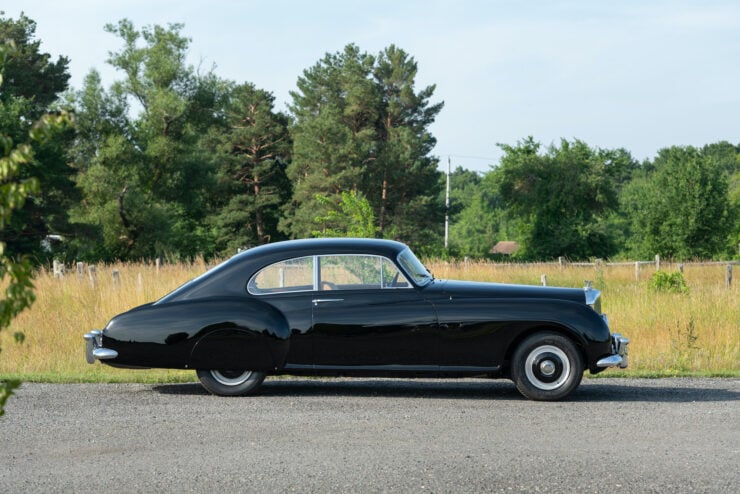 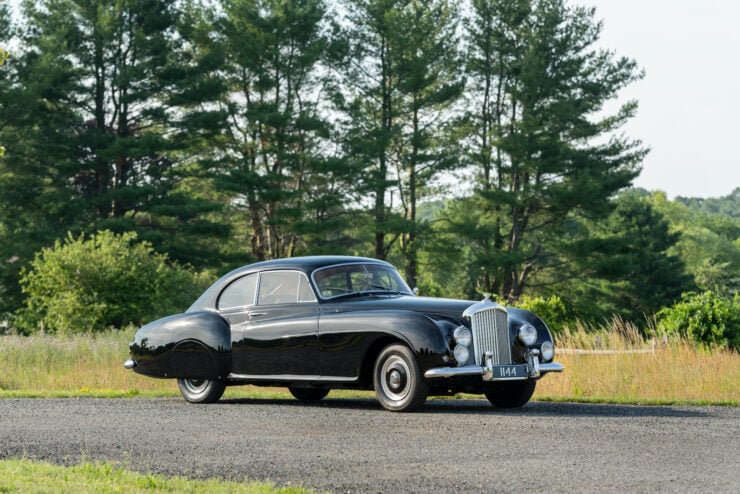 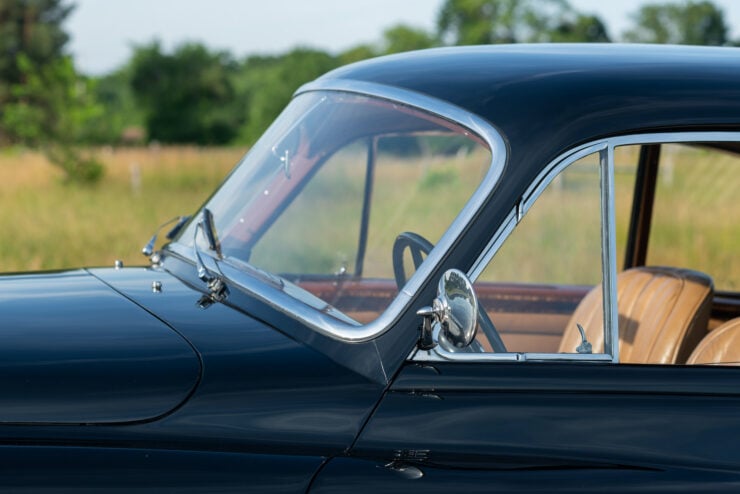 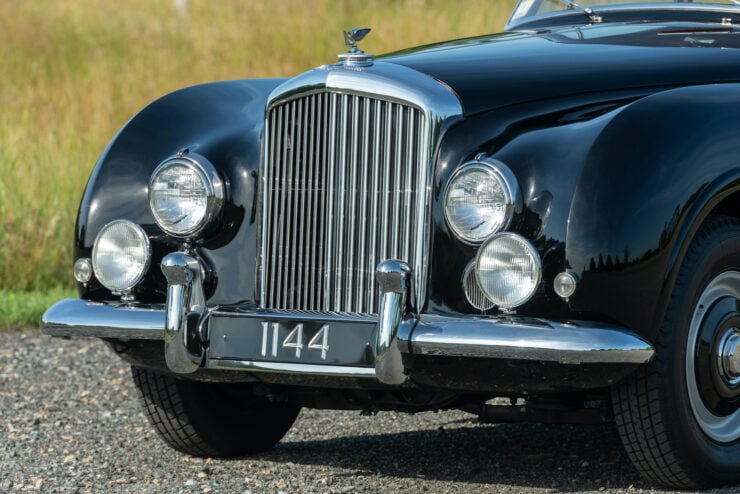 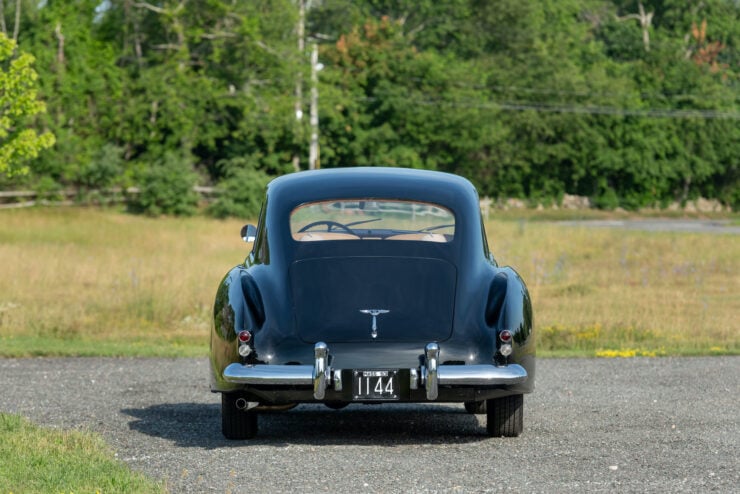 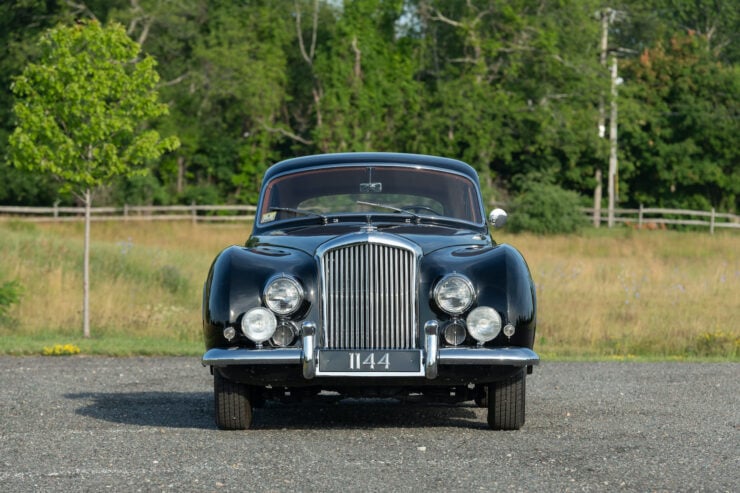 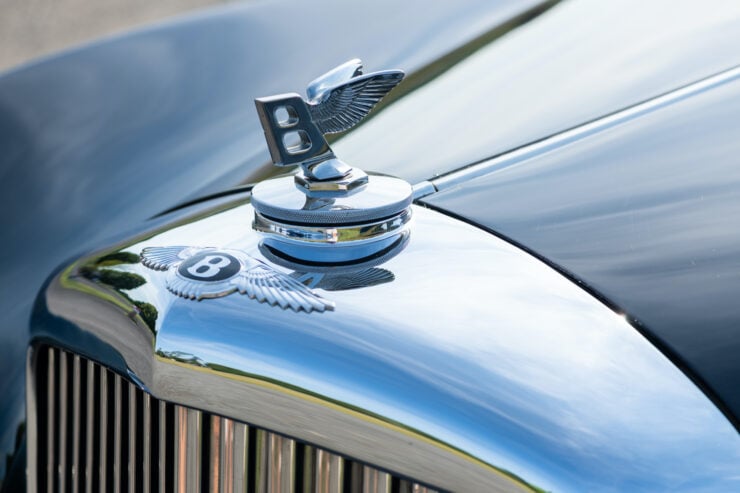 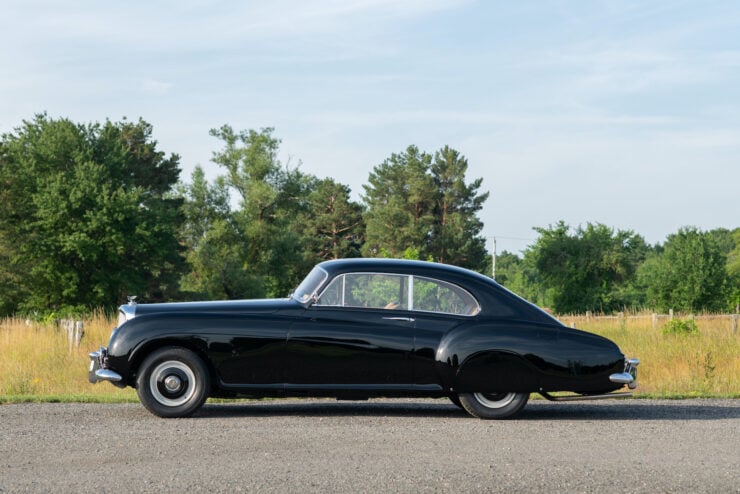 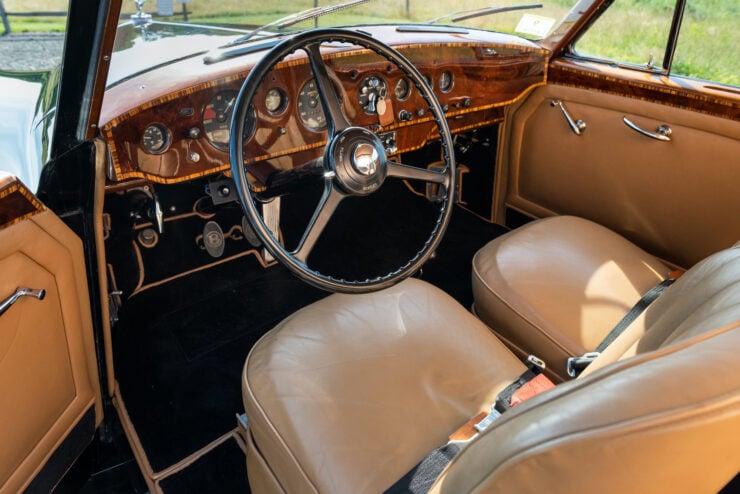 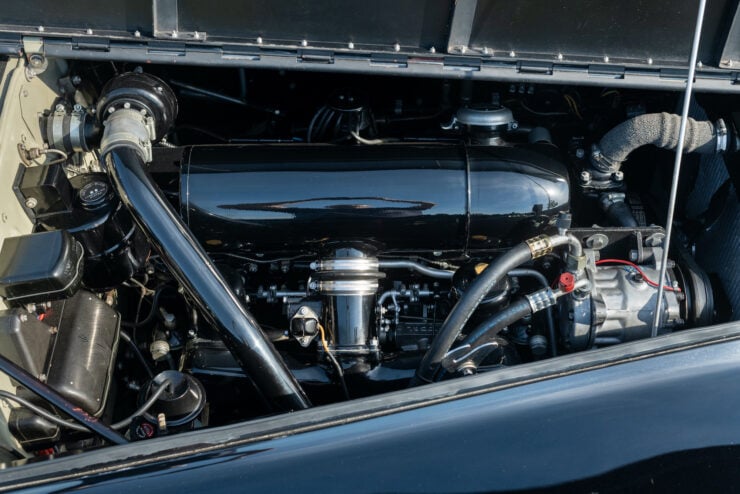 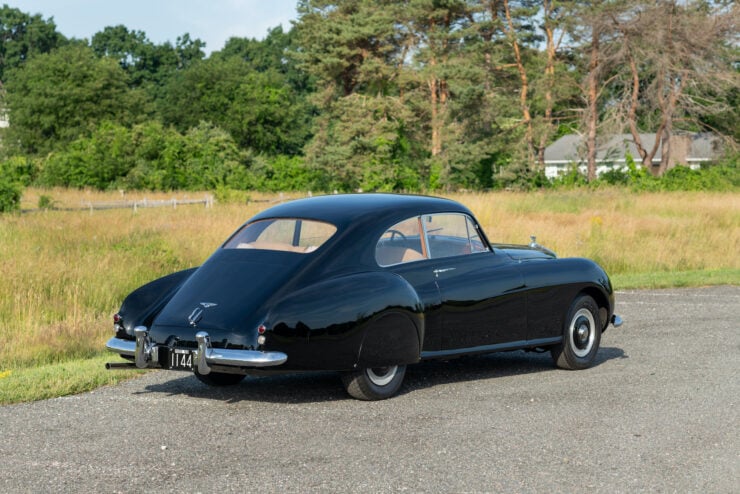