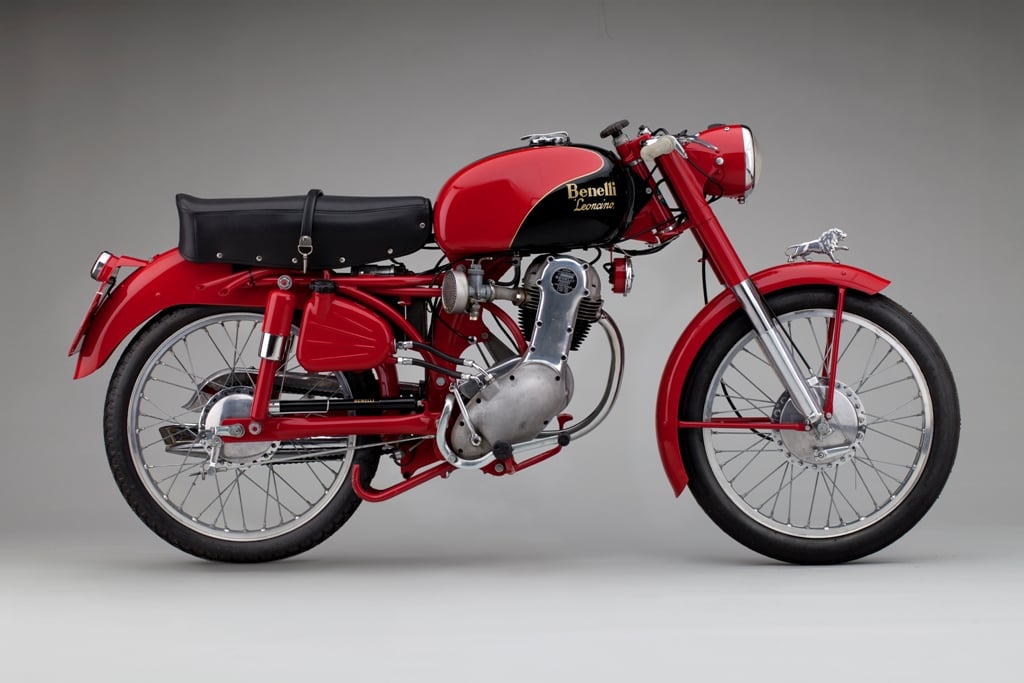 The Benelli Leoncino is a masterclass in mid-20th century Italian motorcycle design, it has a timeless aesthetic appeal that wouldn’t look at all out of place in a modern art museum. The bike was named Leoncino, meaning “little lion” in Italian, the 125cc 4-stroke has a gear driven overhead camshaft and the crankcase/transmission has a significant tilt, giving the bike an interesting profile.

This particular Leoncino is heading to the auction block with MidAmerica Auctions between August 17-19 at Pebble Beach this year, the estimated value of the Benelli is about $7,500 USD, making it an affordable collectible for most people.