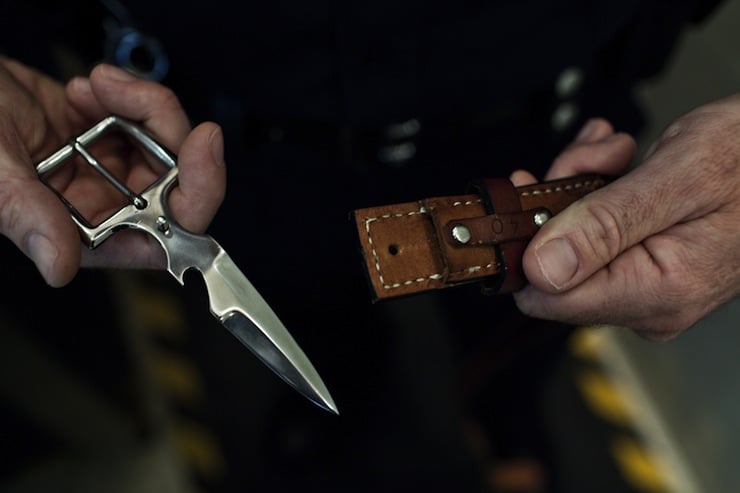 Editor’s Note: This item appears to no longer be in production.

The idea of having a small blade tucked away somewhere safe seems like a rather good idea to me, especially if you’re planning a trip to one of the less than savoury parts of the world. Or if you’re just a big fan of spur-of-the-moment whittling.

This knife by The Bowen Knife Company slides into a custom made leather belt and can be either pulled out or put away in seconds. When not being used the knife is a functioning buckle and the whole set up looks just like a normal belt, holding up trousers with no outwardly visible signs that it’s multi-functional. 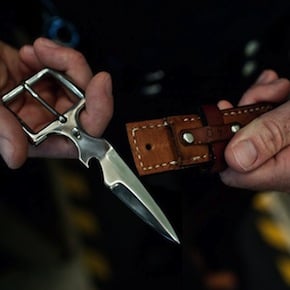 Published by Ben Branch - May 3rd 2013
Related Posts
The Arnie Watch: Seiko Reissued The Watch From “Predator” and “Commando”