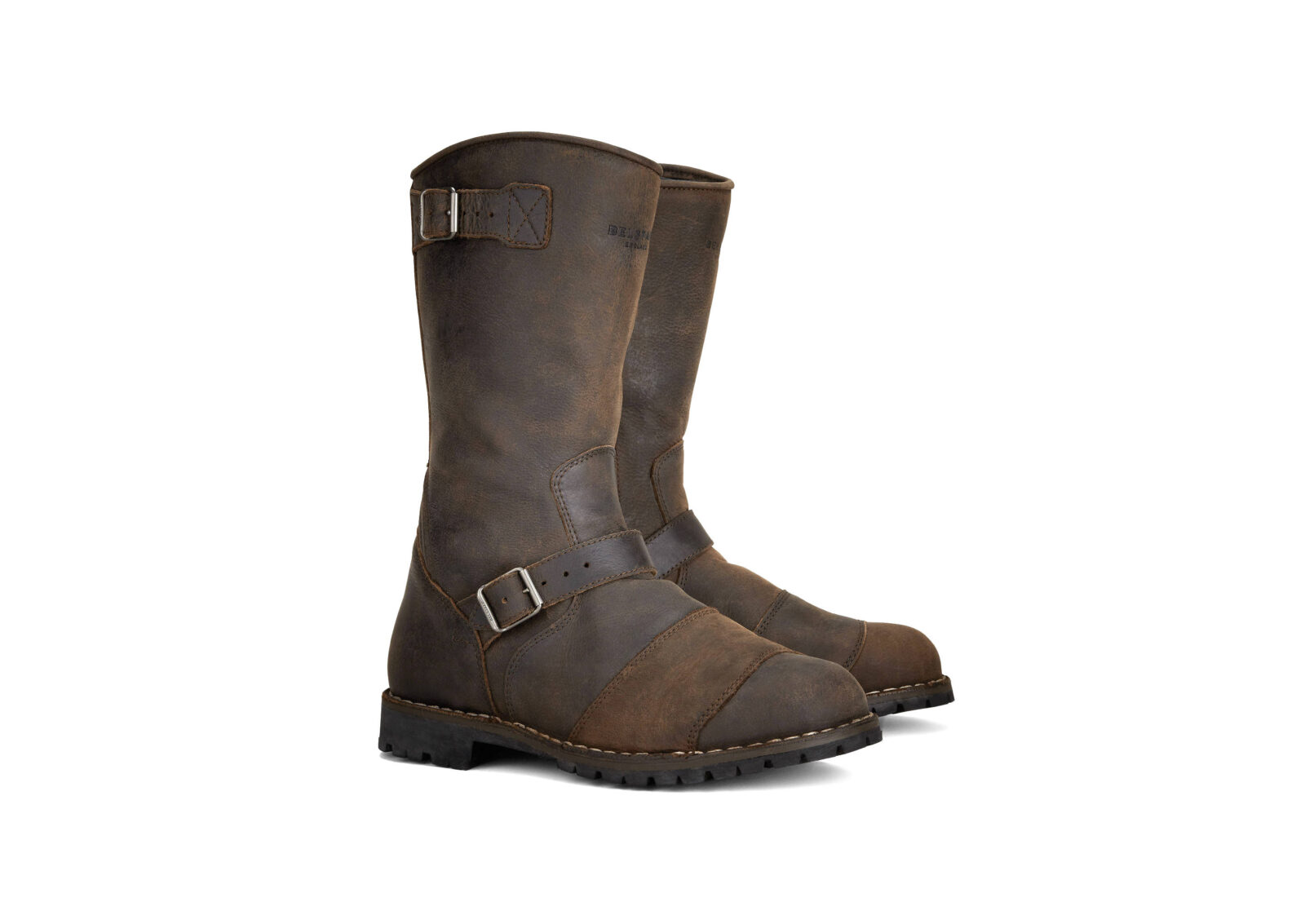 The Belstaff Endurance boots are made in the traditional motorcycle-style from thick water-repellent, full-grain waxed buffalo leather – chosen for its hardiness and excellent abrasion resistance.

Belstaff was originally founded in 1924 based near Stoke-on-Trent in England, they made a name for themselves producing “practical waterproof garments” with a strong focus on motorcyclists – who often found themselves at the mercy of the elements.

Over the years Belstaff has been worn by all manner of luminaries including T.E. Lawrence (Lawrence of Arabia) and countless motorcycle racers in Britain and further afield.

The Belstaff Endurance boots take their styling cues from the Belstaff Trialmaster boots, but with a longer shaft to provide additional leg protection. The Endurance isn’t just designed to look like a motorcycle boot either, they’re designed to be highly functional as well, with modern reinforcement in the toe and heel sections, protective cups in the ankles, and there’s a Vibram anti-slip rock-grip sole.

For additional water-resistance there’s an internal waterproof and breathable membrane, for safety there are protective inserts rated to the CE Technical Standard EN 13634:2010, and malleolus protectors on medial and lateral sides.

Importantly, Belstaff have designed the Endurance boots to be comfortable both on the bike and off of it – you can walk even relatively long distances in them without hobbling or walking like John Wayne, a feature not offered by all motorcycle boots.

The boots are offered in both black and brown, and sizes ranging from 41 to 47. In order to accommodate a variety of leg sizes there are two adjustable straps, and a zipper up the inner leg for quickly putting the boots on and taking them off.

The toe section (of both boots) has an additional leather strip to provide protection from wear from the shifter lever, as many vintage motorcycles have the shifter lever on the righthand side – as sidecars were typically fitted to the lefthand side. 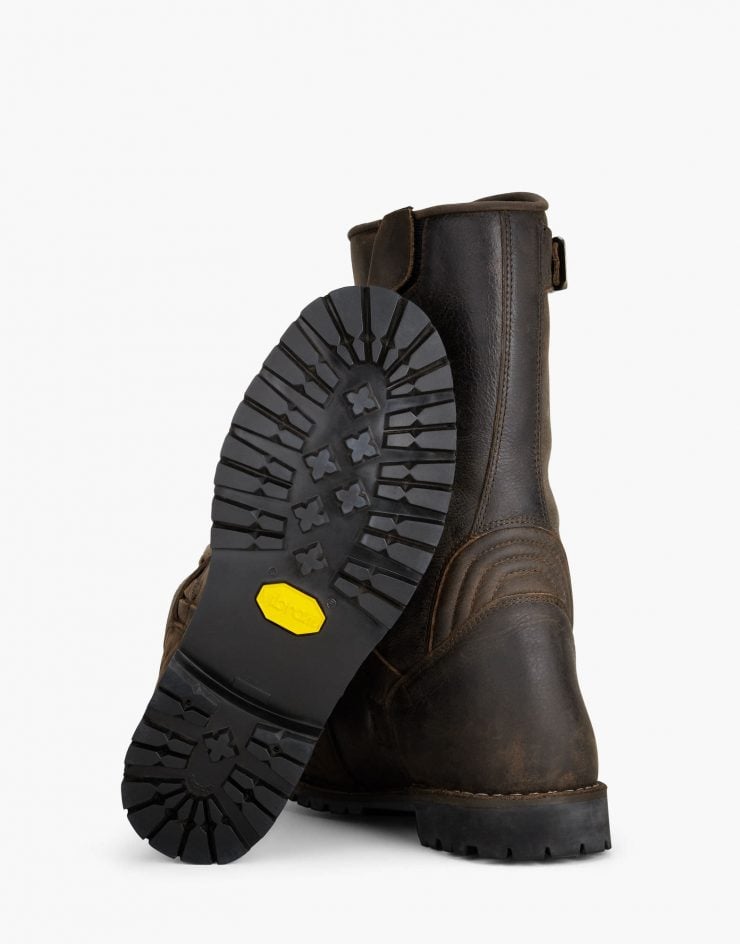 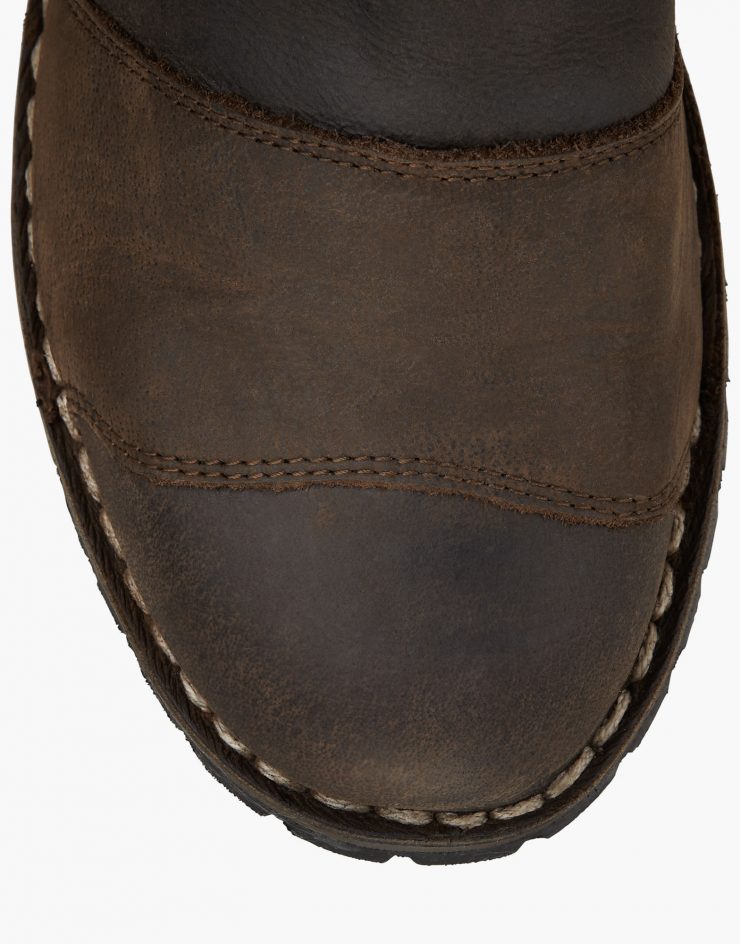 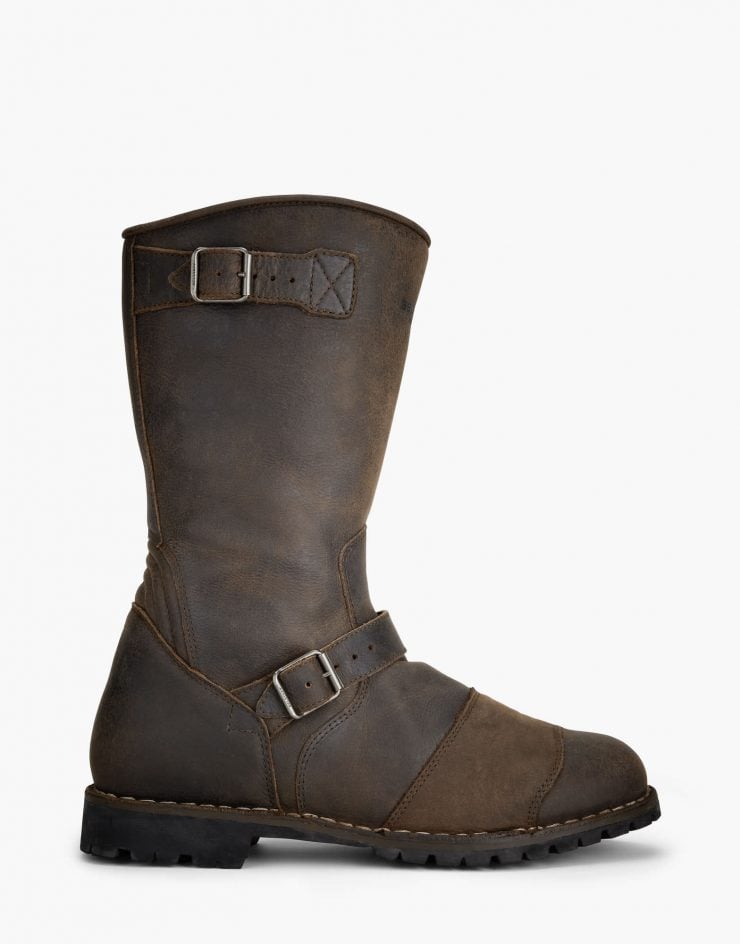 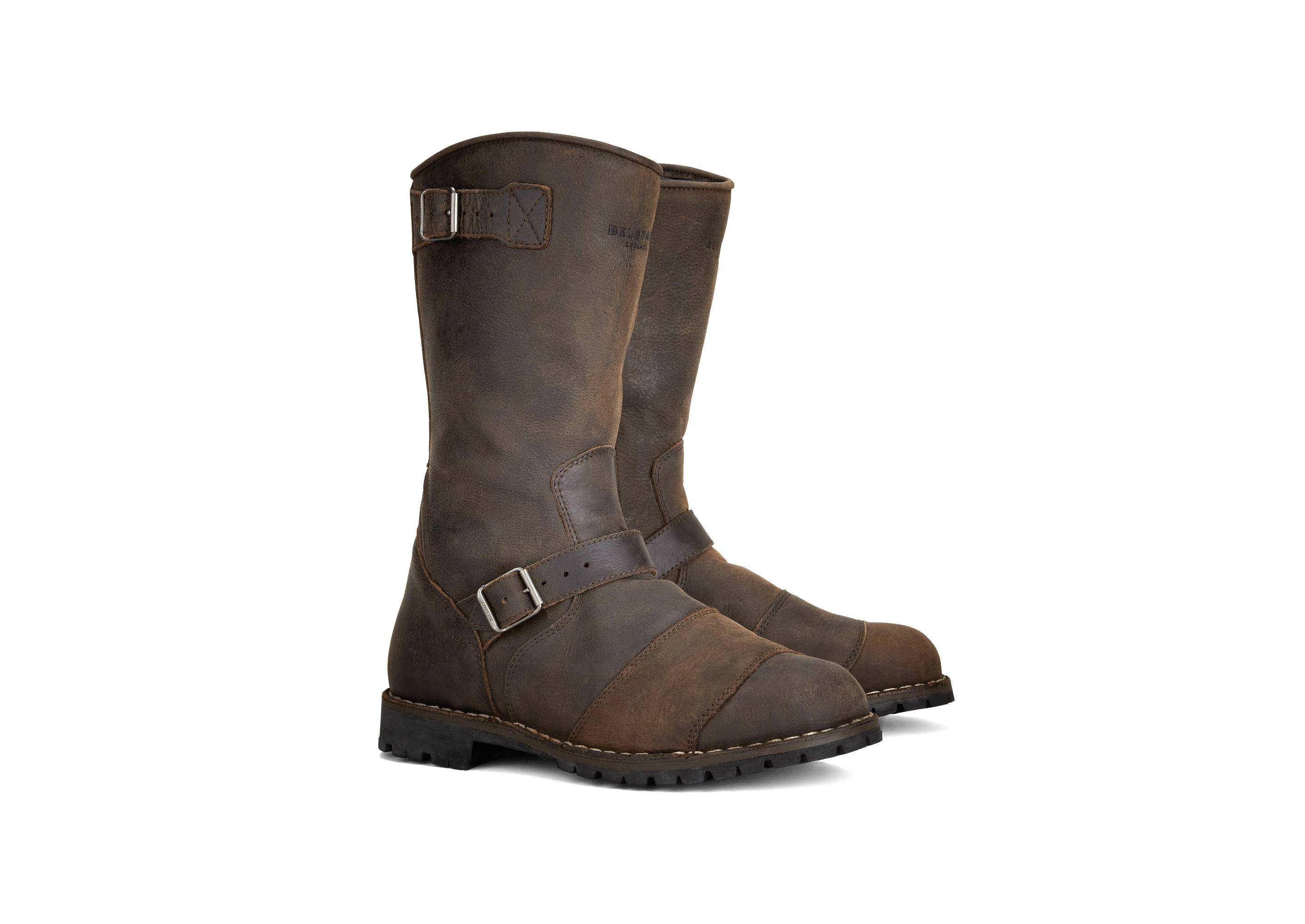