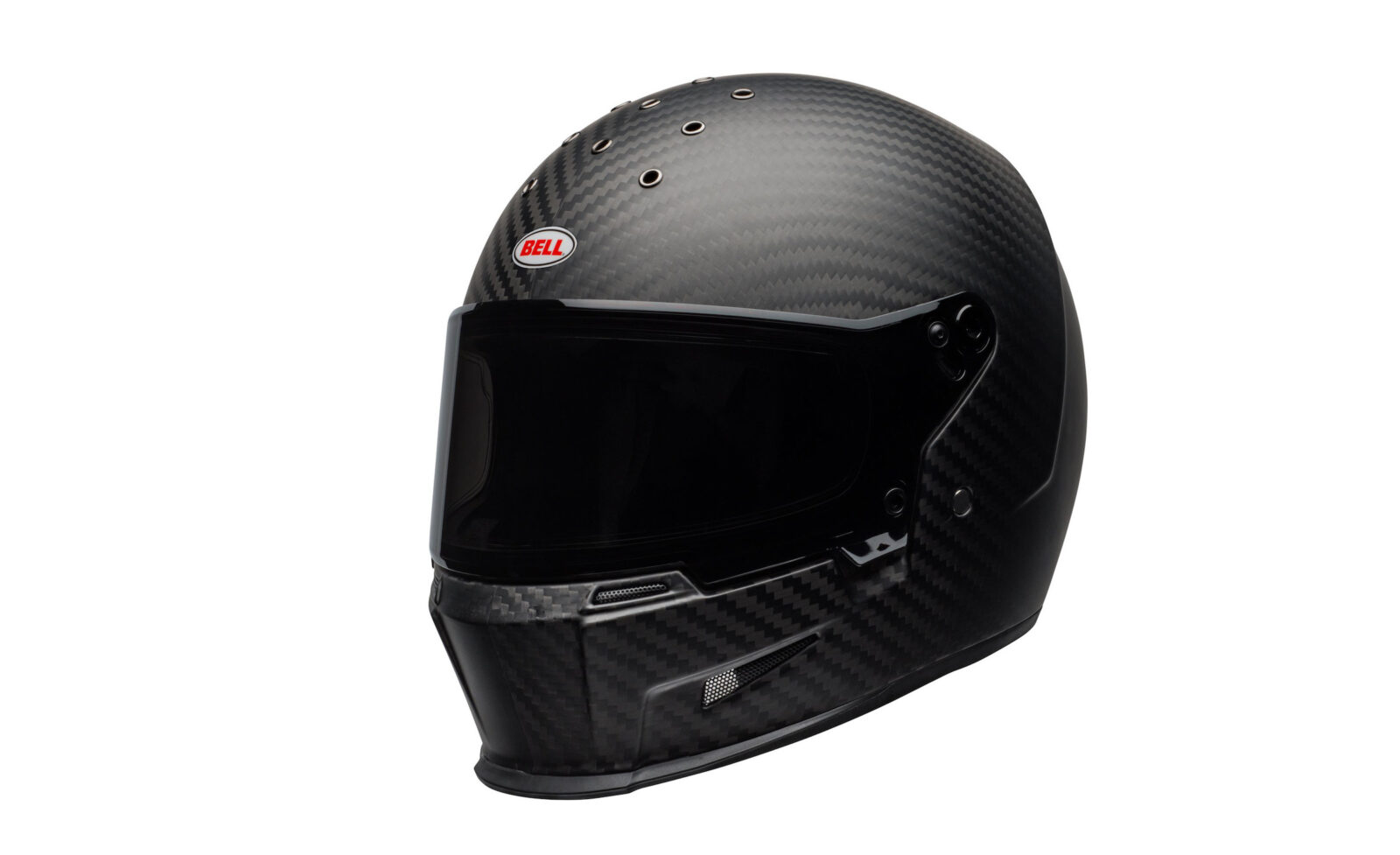 As the name implies, the new Bell Eliminator Carbon Helmet has a shell made from 6K carbon fiber, offering exceptional strength and a much lighter weight than traditional fiberglass shells.

The Eliminator is one of the newer releases from Bell that appeared at the end of 2018, it has styling reminiscent of vintage auto racing from the 1970s and ’80s, but with all modern materials and safety certifications.

Bell builds the Eliminator in three shell sizes and five EPS sizes to ensure that you can get a shell that’s perfect for your own head size – this helps avoid bobblehead syndrome for those with smaller heads whilst also meaning those with bigger heads have the correct thickness of shock-absorbing EPS foam.

The flip-up shield is a ProVision dual pane, with an anti-fog face shield with Class 1 optics, and an additional Dark Smoke face shield is included in the box. Inside the helmet you’ll find an anti-bacterial liner, contoured cheek pads, recessed speaker pockets, and the helmet is eyeglass compatible.

An additional peak visor can be bought separately and the helmet comes in sizes from XS to 3XL, with a raw carbon finish, and both DOT and ECE helmet safety certification which allows you to wear it in the USA, Europe, and anywhere else that accepts one of both of these standards. 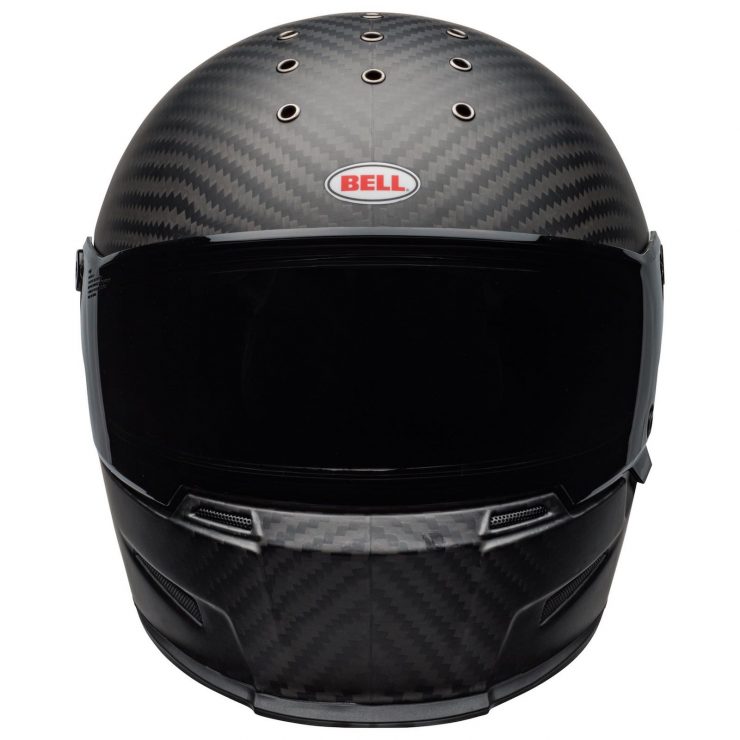