The Bell Bullitt helmet was designed by Chad Hodge and first released back in 2013. Since then it’s been largely responsible for the major surge in popularity of retro/modern motorcycle helmets.

There have been other influential retro/modern helmets, like those made by Simpson for example, but I’d lay a fair wager that the Bullitt is the most copied design – with some companies launching designs that are almost carbon copies.

Before the modern wave of retro helmets appeared there was a small cottage industry that would add new EPS form liners and padded interiors to vintage motorcycle helmets, for those who wanted a classic lid to match their classic bike.

Above Video: In this short video Chad Hodge, the designer of the Bell Bullitt helmet, discusses the design and its origins.

Of course, this was never particularly safe. Industrial designer Chad Hodge set out to resolve this issue, creating a full-size model of the helmet that would become the Bell Bullitt in 2012. Bell hired him based on the concept and the rest is history.

Upon its release in 2013 the Bullitt jumped to the forefront of the best selling helmets in the US, Europe, Australia, Japan, and further afield.

In the years since Bell has release a number of different versions of the helmet, including various shell designs and a full carbon fiber version for those who want the lowest possible weight.

The helmet you see here is the Bell Bullitt TT Vintage White, it’s one of the newer designs that harks back to the design of the first Bullitt 10 years ago. 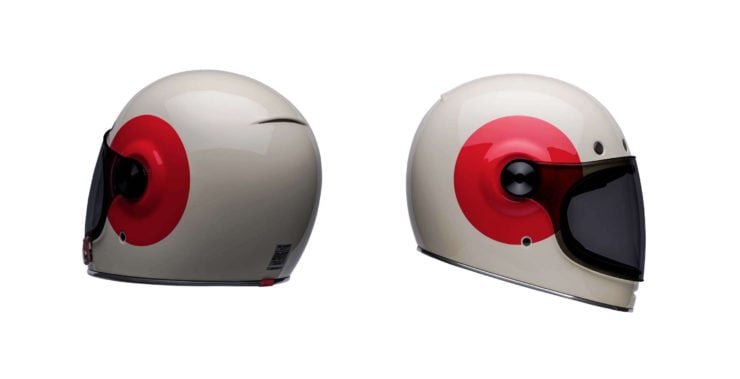 The retro design of the Bell Bullitt belies an entirely modern slew of safety features including an impact absorbing EPS liner and a low-profile carbon/Kevlar/fiberglass composite shell.

As with al Bullitts, this helmet comes in three shell sizes and five EPS liner sizes to ensure you get the right fit for your head. It’s ECE 22.05 and DOT approved, and it has a low-profile carbon/Kevlar/fiberglass composite shell.

The Bullitt uses a Magnefusion shield closure, the shields are quickly replaceable when needed and both clear and tinted versions are available (in bubble or flat) from Bell on the aftermarket. 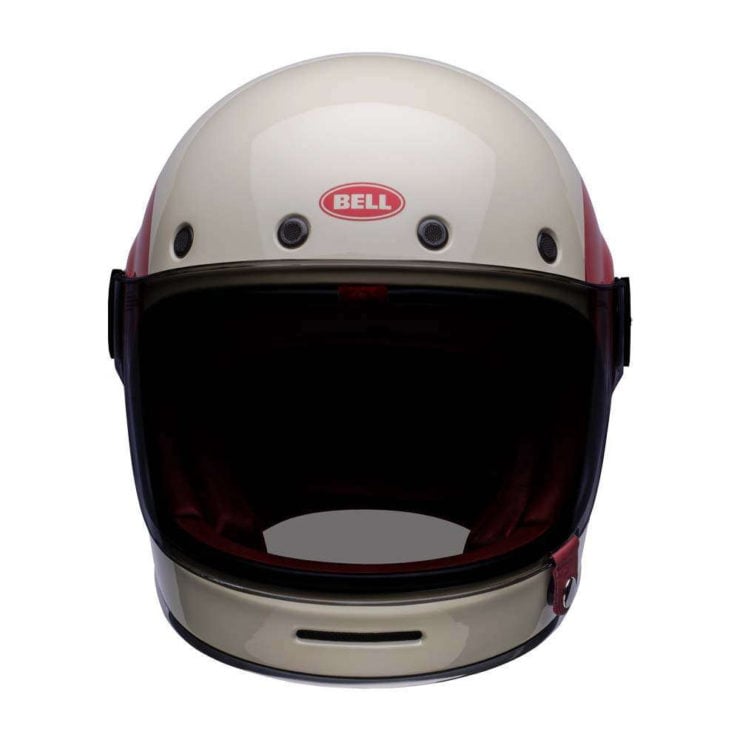 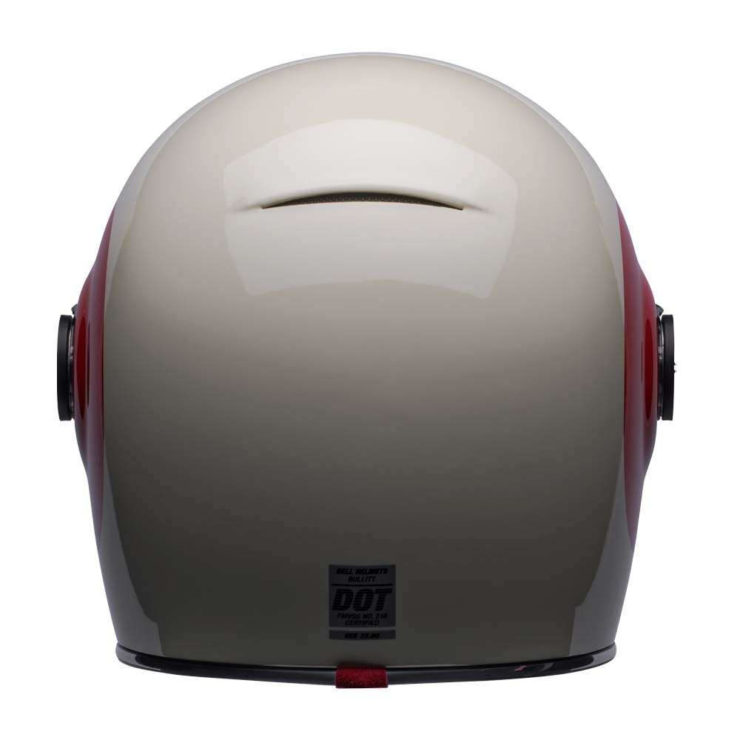