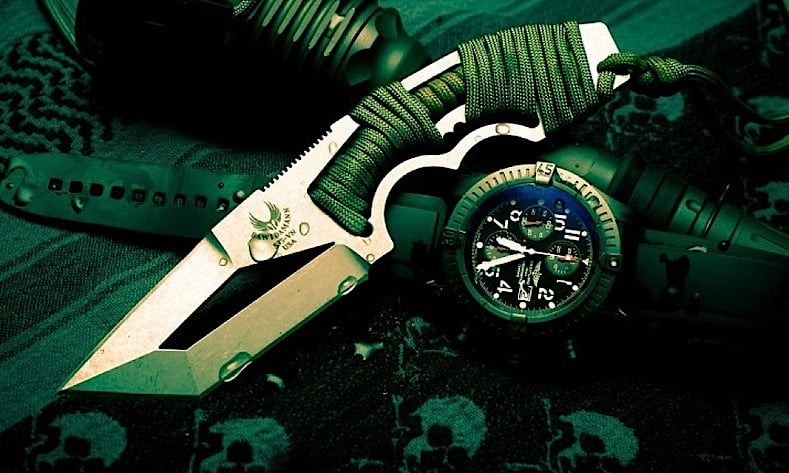 The paracord wrapped handle on the Bawidamann Blade POGN is designed to be a usable element in survival situation, it’s a nice touch that makes the knife quite a bit more valuable than just a sharpened piece of steel.

Paracord can be used to make snares, lash together rafts and shelters, make traps and attach spearheads – making it the sort of thing you might want in situation like the one faced by the cast of the TV series Jericho. Before it was cancelled. I’m still a little bitter about that.