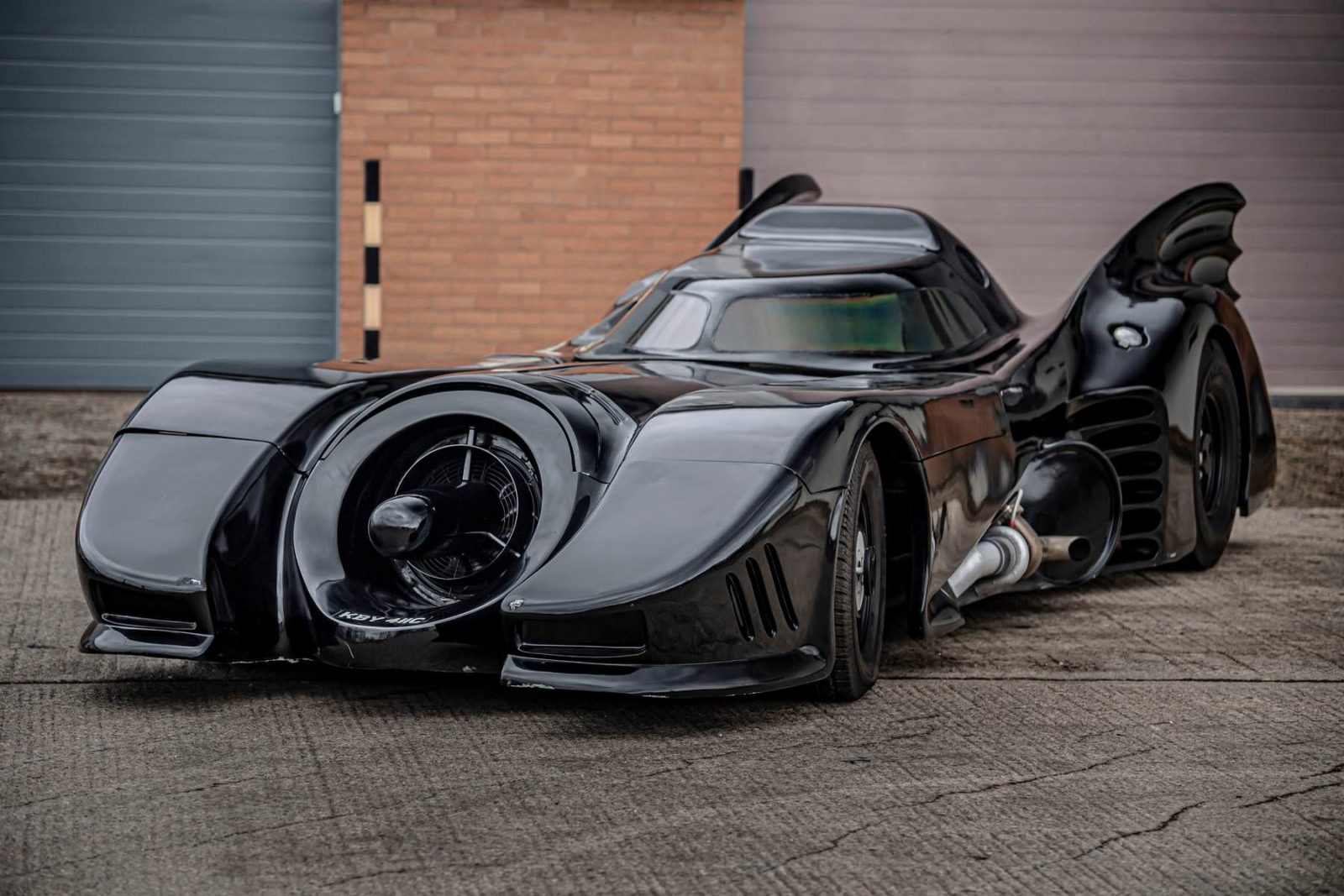 This Batmobile was built by Z cars in the United Kingdom using a 1965 Ford Mustang as the foundation. It has a fiberglass body, a spaceframe chassis, a 4-speed manual transmission, and a 380 bhp 5.7 liter Chevrolet small block V8.

Interestingly the original 1989 Batmobile was also built in England, it was based on a Chevrolet Impala chassis with a unique body designed by conceptual illustrator Julian Caldow and built by John Evans with his special effects team at Pinewood Studios. 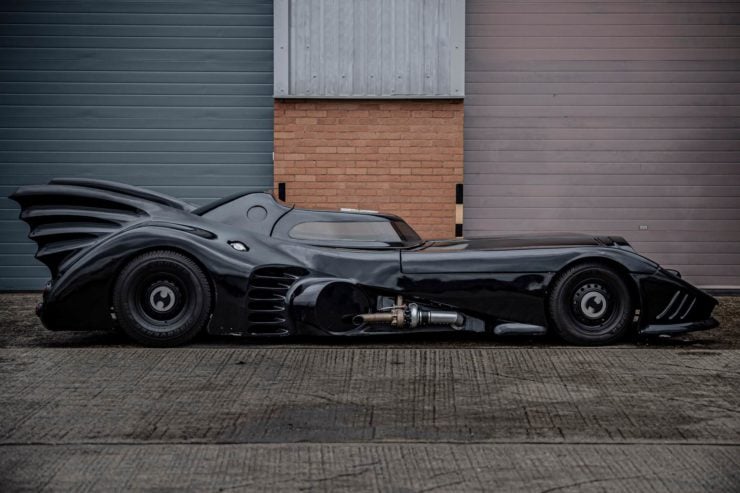 The design of the 1989 Batmobile would help set the tone for all Batmobiles going forwards, it’s still rated by many as the most memorable.

Later in the 1949 serial film Batman and Robin the two drove around in a 1949 Mercury.

In 1965 work began on what many consider to be the first real Batmobile, it was based on the one-off 1955 Lincoln Futura concept car and built by George Barris in just a few weeks.

This would be the car that was used in the 1966 Batman TV series starring Adam West as Bruce Wayne / Batman and Burt Ward as Dick Grayson / Robin.

The humorous and campy style of the 1960s Batman TV series and film was fundamentally altered when Tim Burton took over the franchise for his 1989 film Batman. The Burton Batman was far darker and more gritty than any that had come before, and his vision of an art deco Gotham paid tribute to the original comic book vision for the city.

The Batmobile that was developed for the 1989 film was also a fundamental shift in design, it was a long, low, and menacing vehicle with a centrally mounted jet engine, two large rear bat wings, and a fighter jet-like central passenger compartment with room for two under a sliding canopy. 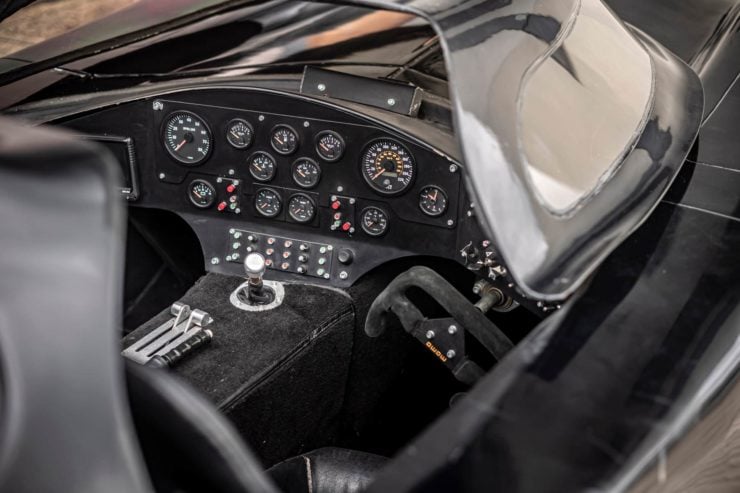 The cockpit is nicely detailed. The driver and passenger sit in bucket seats under a sliding canopy, and there is no shortage of gauges or switch gear.

Two of these Batmobiles were originally built, one now sits on permanent display at the Peterson Automotive Museum in California and the other is owned by Batman producer John Peters, it lives at his Malibu home.

Building Your Own Batmobile

There are very few people who saw the 1989 Tim Burton film Batman and left the cinema without a desire to immediately own their own Batmobile.

This desire was stronger in some than in others, it was so strong in some that they went and set about building their own versions – typically using the running gear and engine from an American car, with a spaceframe chassis and a fiberglass body like the original.

Some of these replicas were exceedingly poorly made but others looked indistinguishable from the originals that were used on screen. Many were made road legal in various parts of the world and exhibited at shows, much to the delight of attendees. 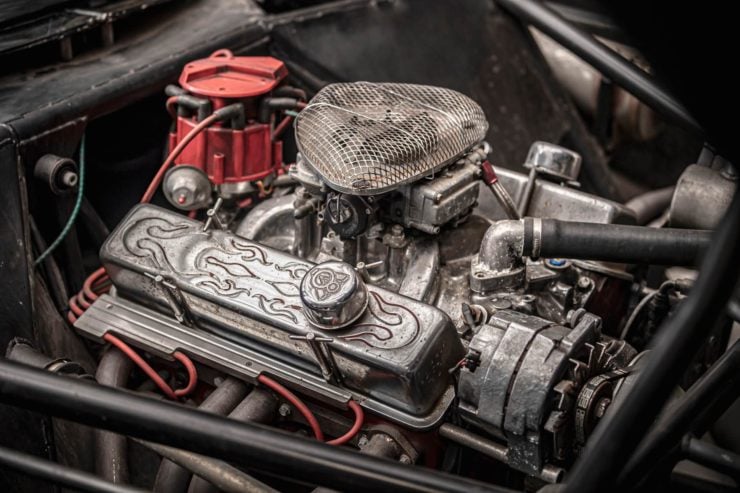 The car is fitted with a 380 bhp 5.7 liter Chevrolet small block V8, power is sent to the rear wheels via a 4-speed manual transmission.

The Batmobile replica you see here was built by Z Cars in England, as mentioned above it was built on 1965 Ford Mustang running gear, with a spaceframe chassis, a hand-laid fiberglass body, and it’s powered by a 380 bhp 5.7 liter Chevrolet small block V8.

The stylized jet engine running down the middle of the car is not real of course, it does have a realistic looking exhaust however, as well as a spinning fan blade up front in the interest of making it look as real as possible.

The engine bay has been hot rodded, with flames on the valve covers, a mesh intake filter, and tubular steel headers.

Though not true to the original the interior has been well detailed, with an array of gauges, switches and levers, as well as a small yoke-style steering wheel. There is seating for two and the overhead canopy slides into place when the car is underway.

Original Batmobiles rarely come up for auction, and when they do they can fetch incredible sums of money. Well-built re-creations or replicas like this one offer all the glory with a substantially reduced, much more affordable cost – Likely just a few tens of thousands rather than the millions it would take to get an original.

Up until relatively recently this Batmobile replica was on display at the London Motor Museum, it’s now being offered for sale by Bonhams in a live online auction. At the time of writing there are still a few days left to bid, you can click here if you’d like to see the listing or register to bid.

Above Image: This is the original trailer for the 1989 film “Batman” from director Tim Burton, you’ll see the Batmobile featured a number of times. 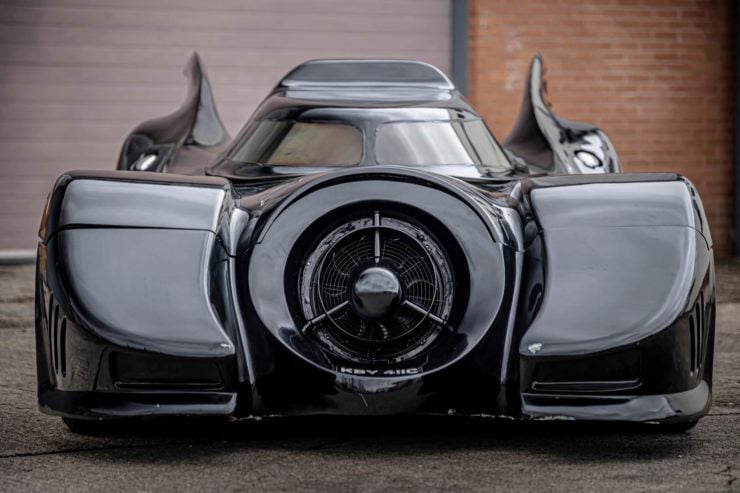 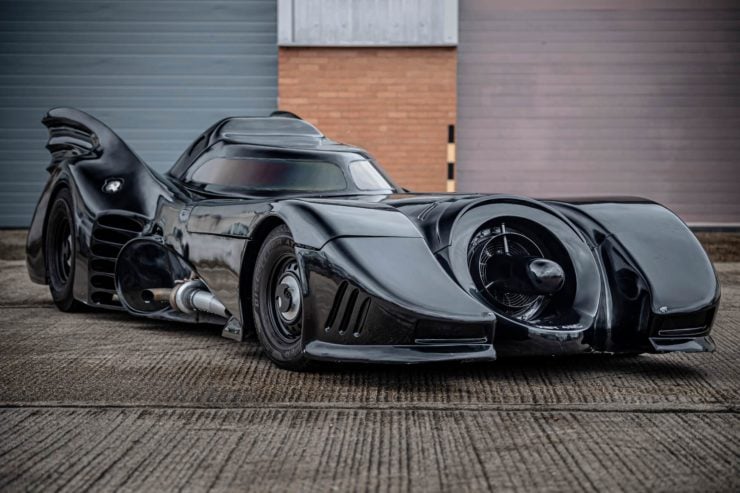 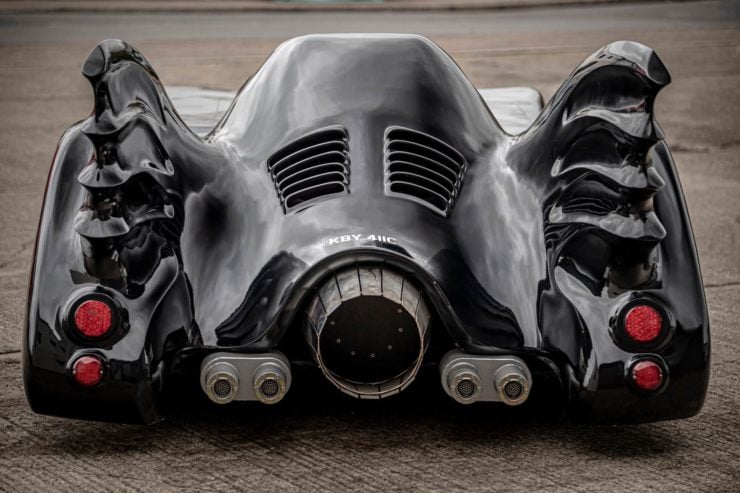 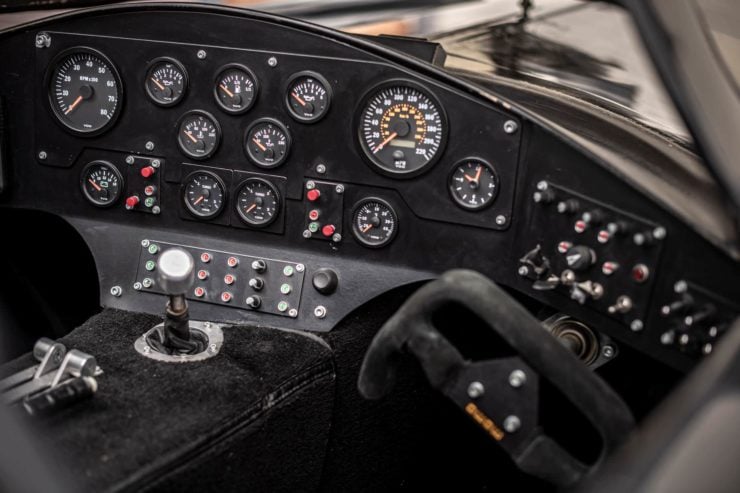 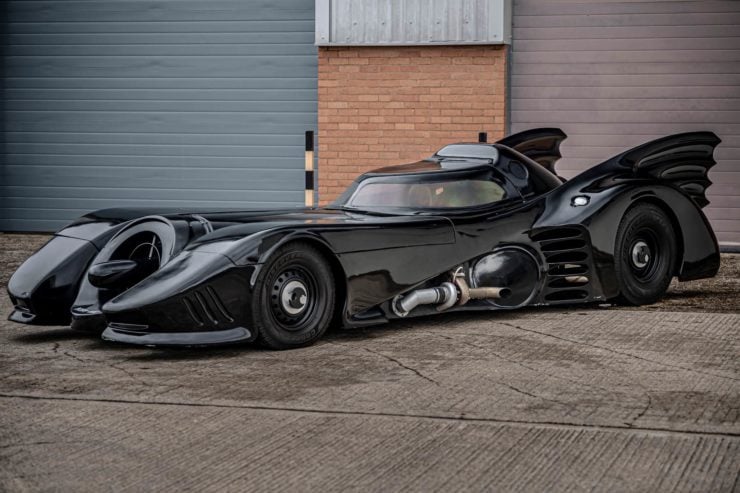 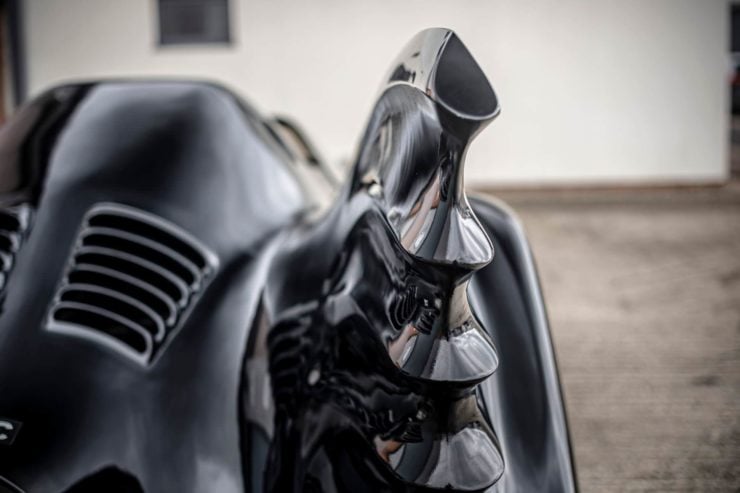 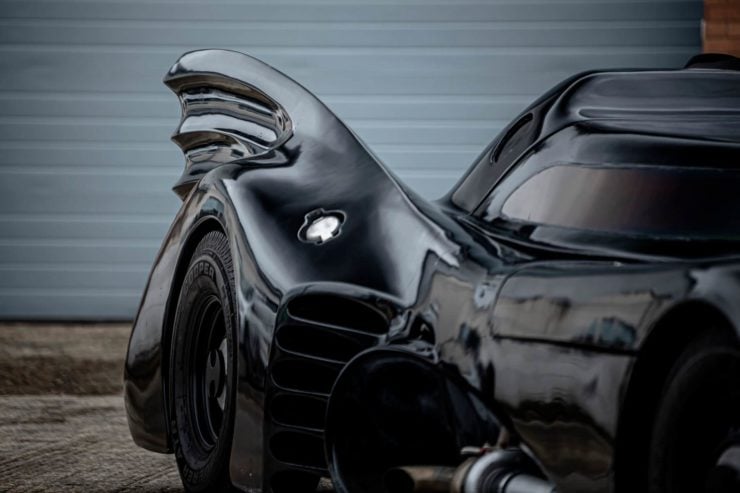 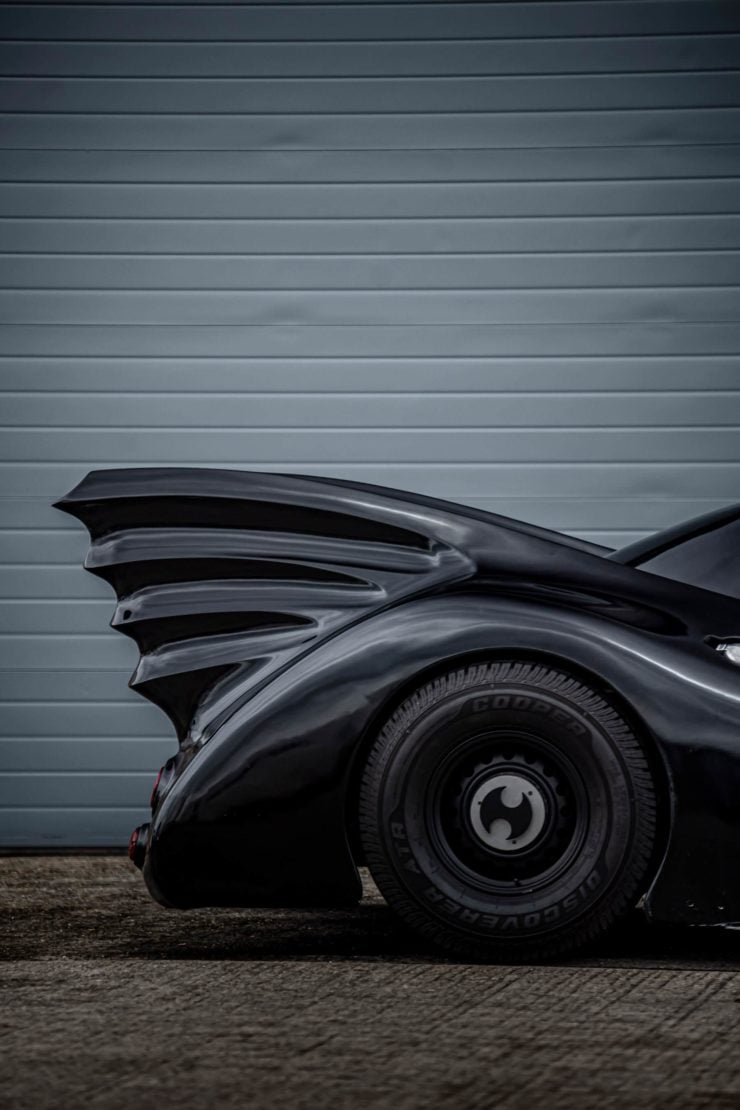 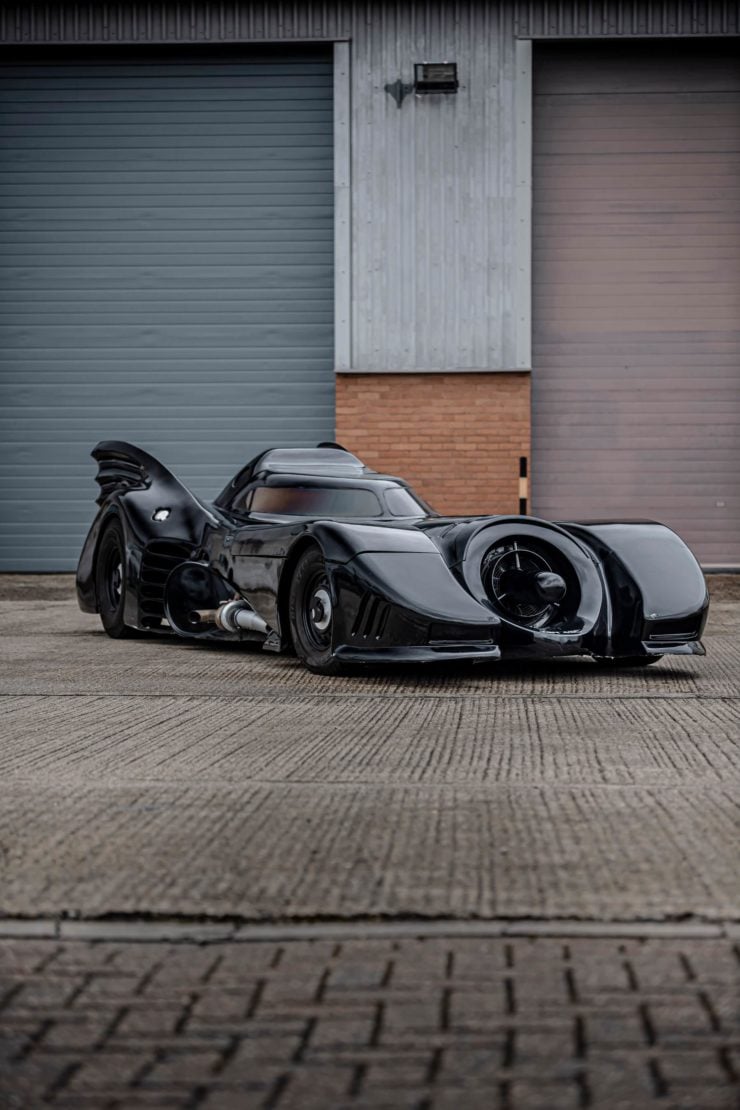 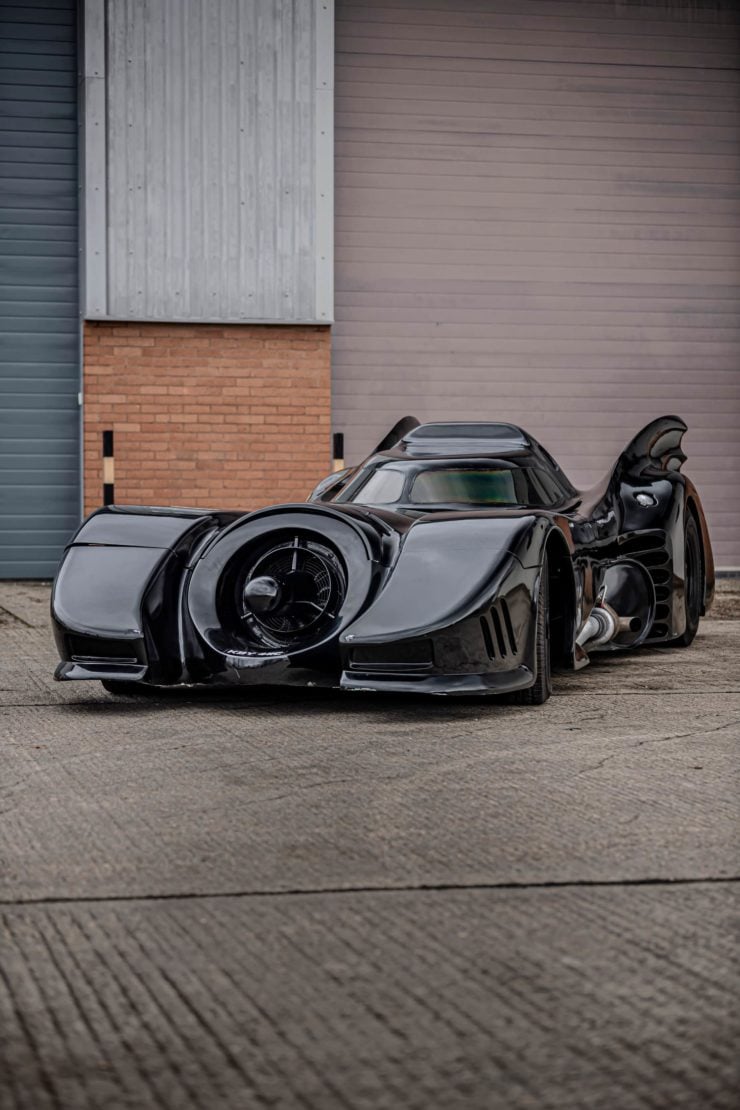 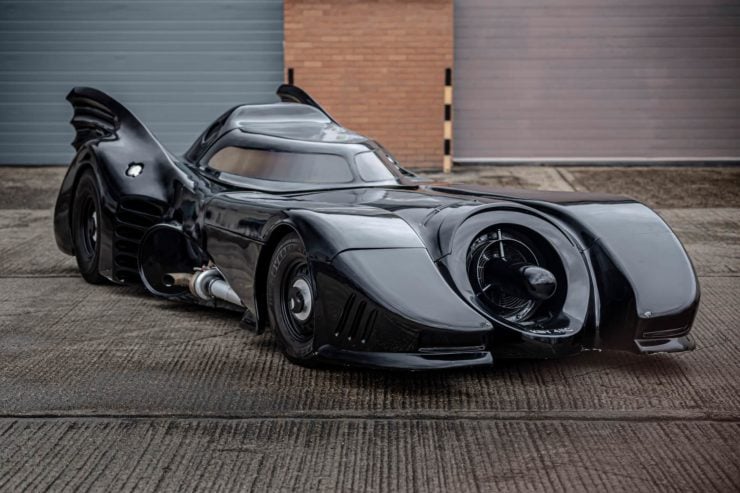 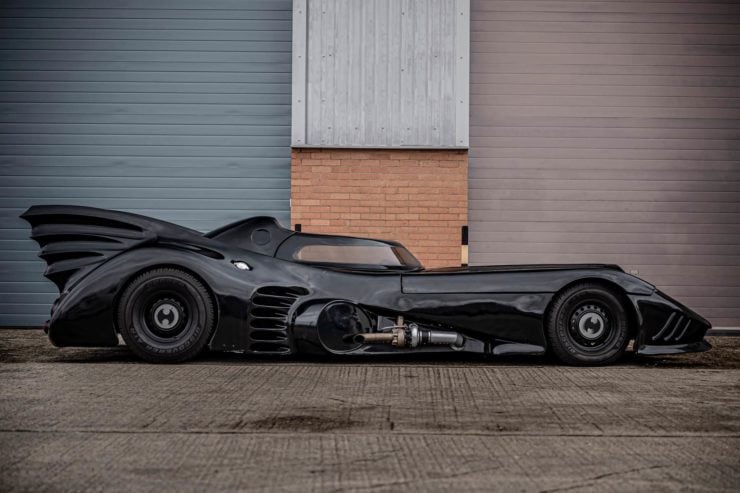 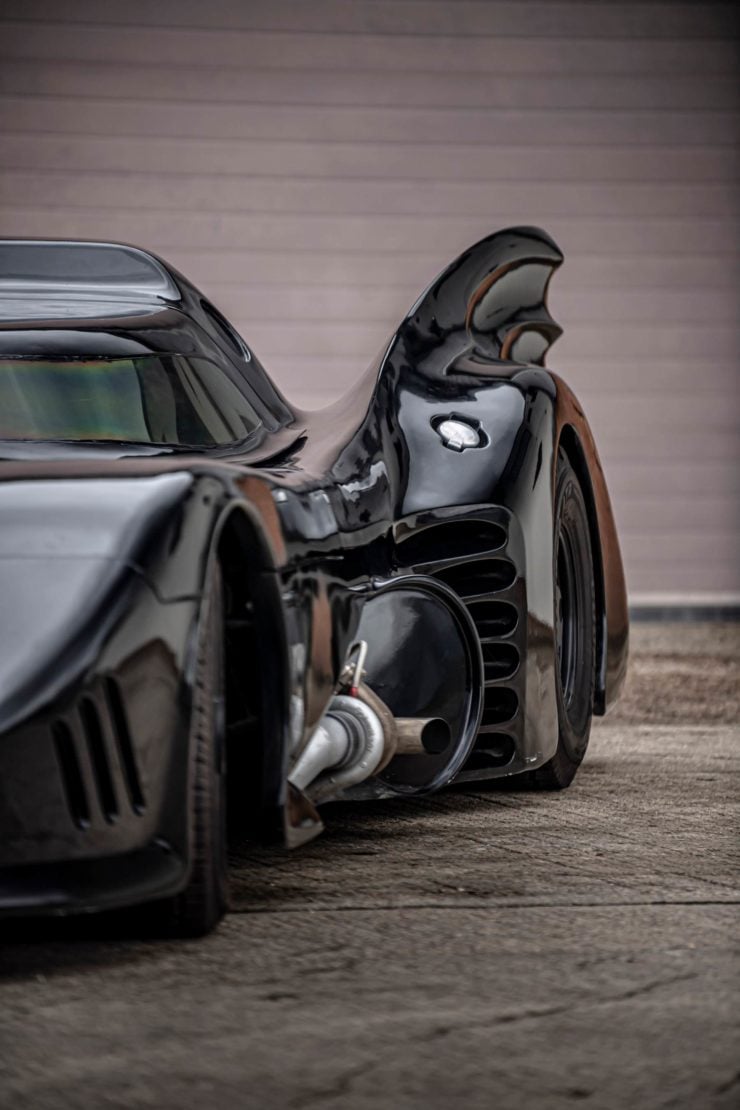 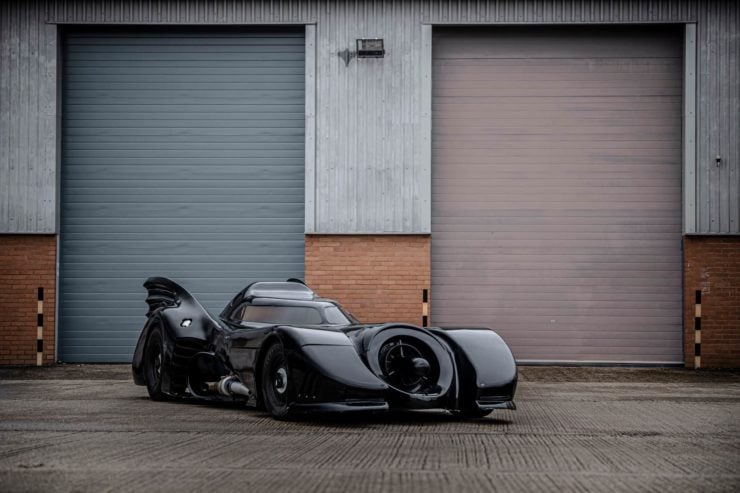