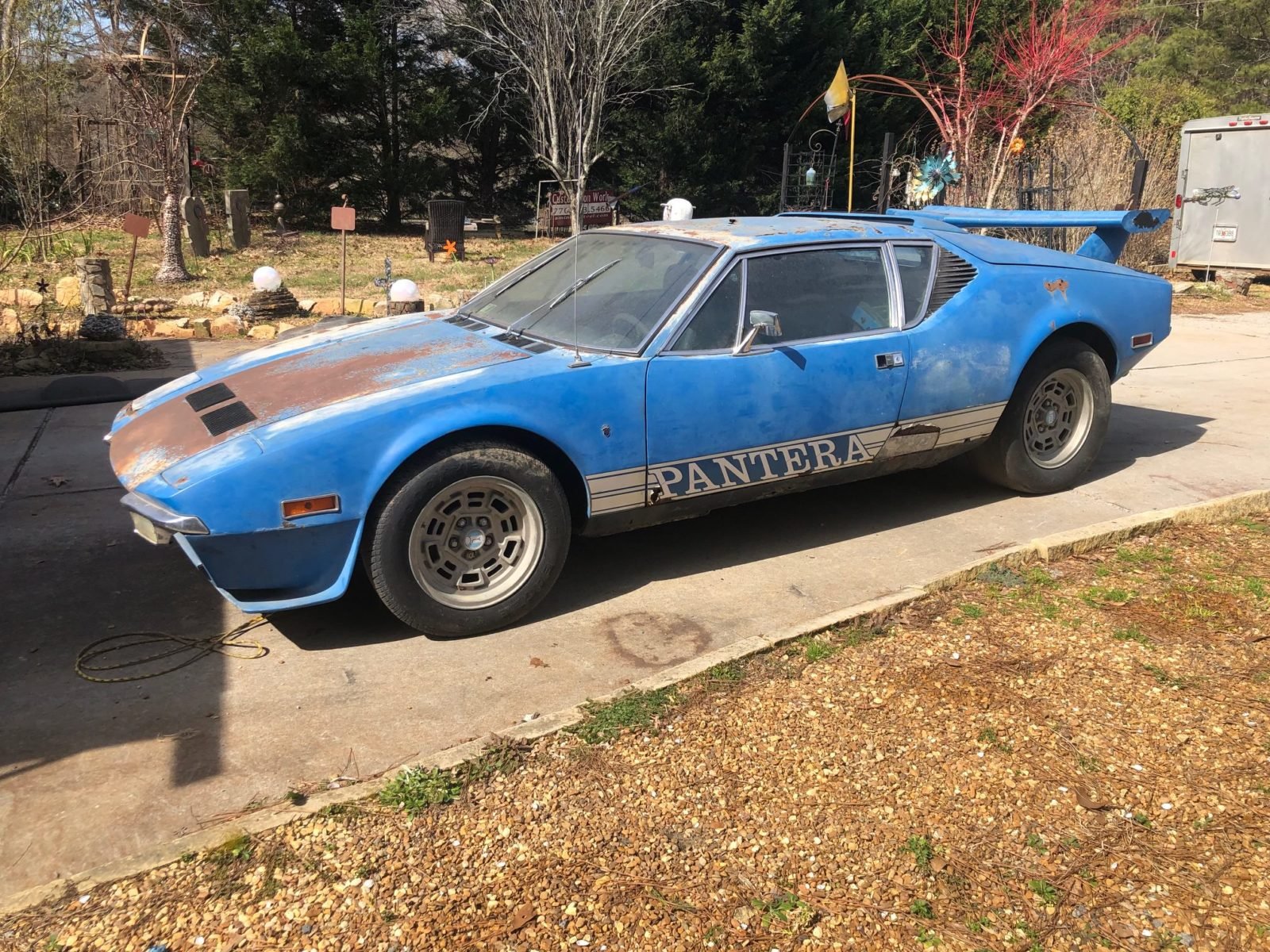 This is a 1972 De Tomaso Pantera that spent the last 20 years parked in the corner of a barn in Georgia before being rediscovered. The car is fitted with the correct 330 bhp 351 Ford Cleveland V8, 15” Campagnolo wheels, as well as front and rear spoilers.

The De Tomaso Pantera is an Italian-American mid-engined supercar that was first released in 1971, it was powered by a selection of reliable American V8s which means it’s vastly cheaper to run and maintain than its more exotic-engined peers.

Of all the cars built by De Tomaso, the Pantera is undoubtably the most famous, and it was sold in the highest numbers – with over 7,200 built between 1971 and 1992.

Above Video: This episode of Jay Leno’s Garage discusses his own Pantera and the model’s history.

The name “Pantera” is Italian for “Panther,” it was chosen as the name for the model that would replace the earlier De Tomaso Mangusta, “Mangusta” meaning “Mongoose” in Italian.

Unlike the Mangusta with its steel backbone chassis, the Pantera used steel unibody architecture, as it was more modern, easier to mass-produce, and perhaps most importantly, it was stiffer.

Following in De Tomaso tradition the Pantera used an engine supplied by another manufacturer, Ford in this case, as well as a ZF 5-speed transmission, and many other components supplied by larger automakers.

This helped to keep costs down, and it also helped Pantera owners source spare parts easily and cheaply.

Due to this use of Ford engines and other components a deal was struck between De Tomaso and Ford which allowed Panteras to be sold in the United States through the network of Lincoln-Mercury dealers. 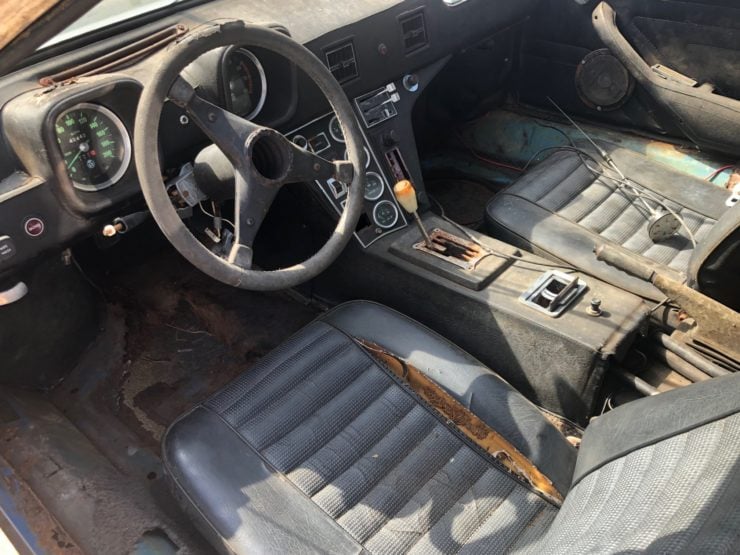 The interior of the Pantera was well-designed, though some modifications tend to be needed for drivers who are over 6 feet tall.

This deal both significantly increased potential sales for the car, whilst also meaning that Pantera owners could take their cars into the dealer for servicing and maintenance, without needing to find expensive exotic car specialists.

This combination of an American engine, a mass-produced ZF transmission, and many other bought it parts resulted in the Pantera being more affordable than any other mid-engined supercar in the world at the time of its release.

In 1975 Ford made the decision to stop importing the Pantera, they had sold over 5,500 of them through dealerships by this time, and it was a crucial blow to De Tomaso. Unfazed by the loss of their biggest sales channel, De Tomaso would keep the car in production for over 20 years until into the early 1990s.

Much like the Italian Lamborghini Countach the Pantera was undated and upgraded over its production life, with the addition of increasingly aggressive body kits, wings, and uprated engines. 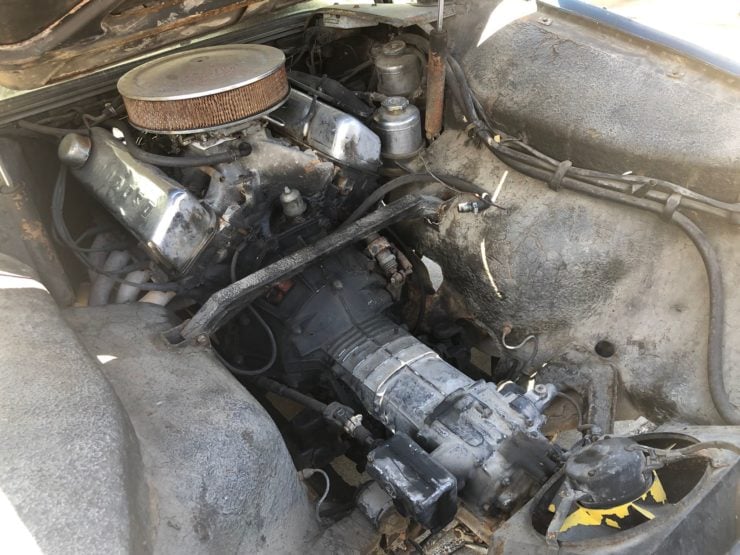 The mid-mounted 351 cubic inch Ford Cleveland V8 produces approximately 330 bhp, putting the Pantera squarely in supercar territory by the standards of its day.

Thanks in part to the lower original sticker price, the use of less-exotic engines, and far less brand awareness than cars from the likes of Ferrari and Lamborghini, the Pantera remains one of the most affordable supercars in the world today – with prices starting around the $80,000 USD mark for a good example or much less for a project car.

The car you see here was recently discovered buried deep in a barn in the backwoods of Georgia. It’s clear from the description and the images of the car that it’s going to need a full nut-and-bolt restoration, but for a person with the skills and experience it’ll likely be a rewarding project.

The seller explains that there are some significant rust areas as the barn roof was leaking over the top of the car, so anyone planning to take the car on will need to be very handy with a welder.

The car is in largely original condition with faded blue paintwork and white stripes with “Pantera” script on both sides. It’s riding on 5” Campagnolo wheels and it had spoilers fitted front and back.

The car is currently for sale on Bring A Trailer, you can click here if you’d like to read more or register to bid. 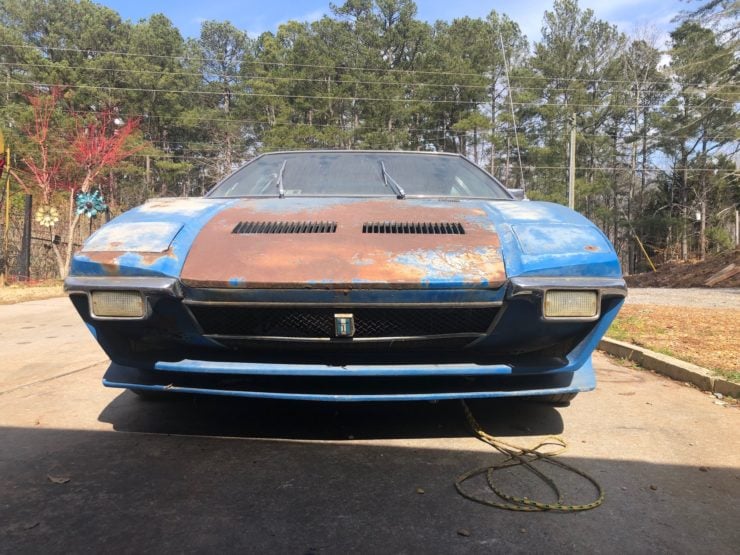 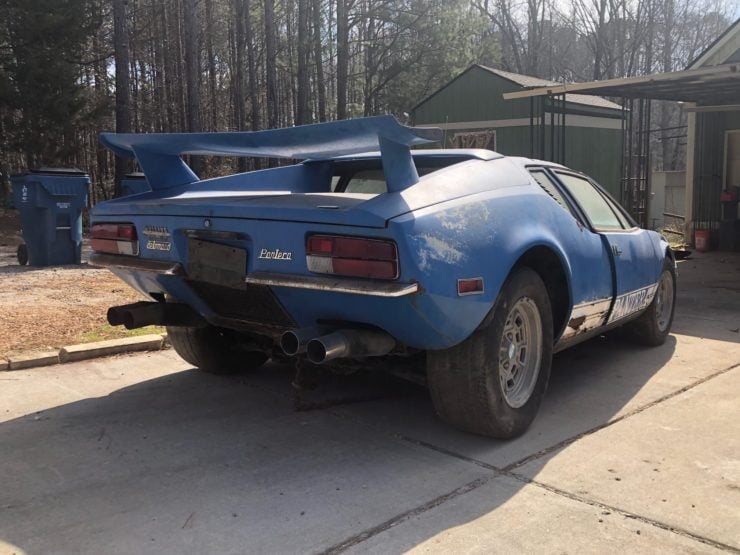 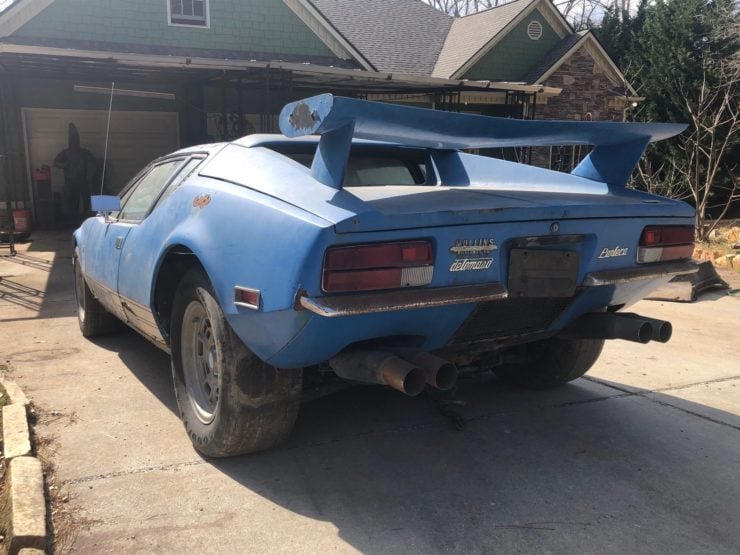 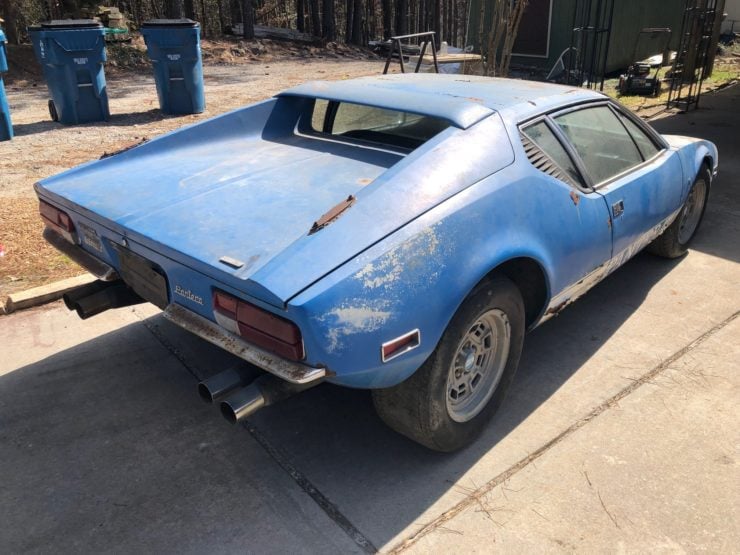 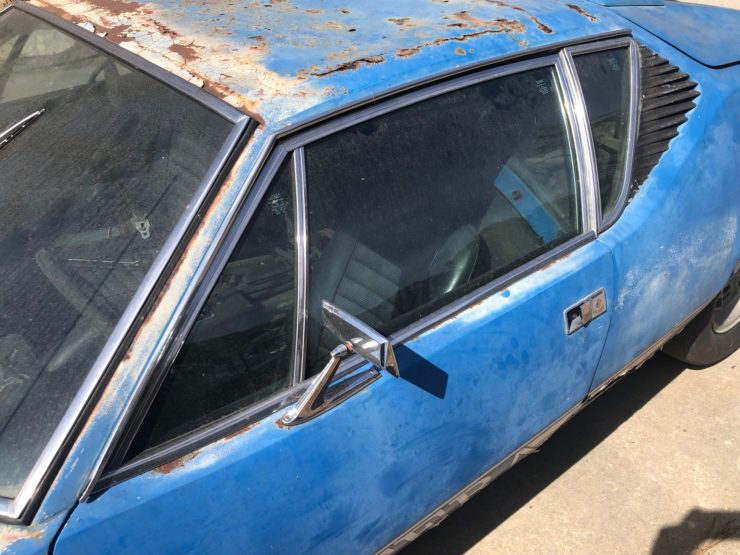 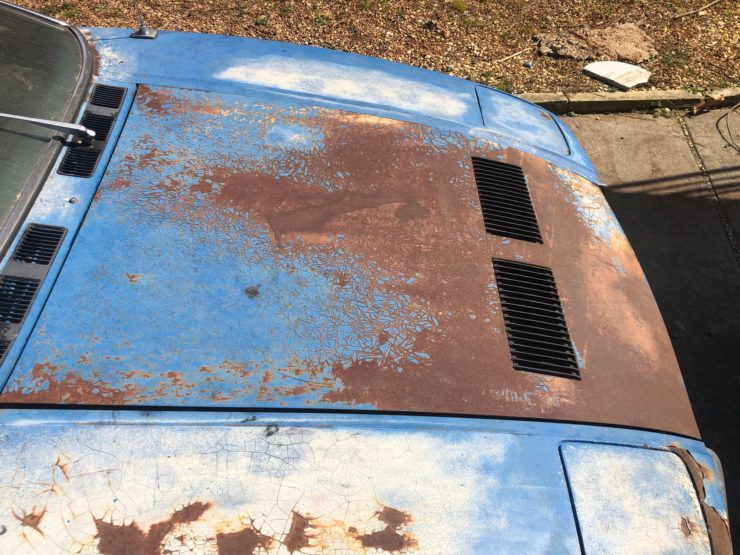 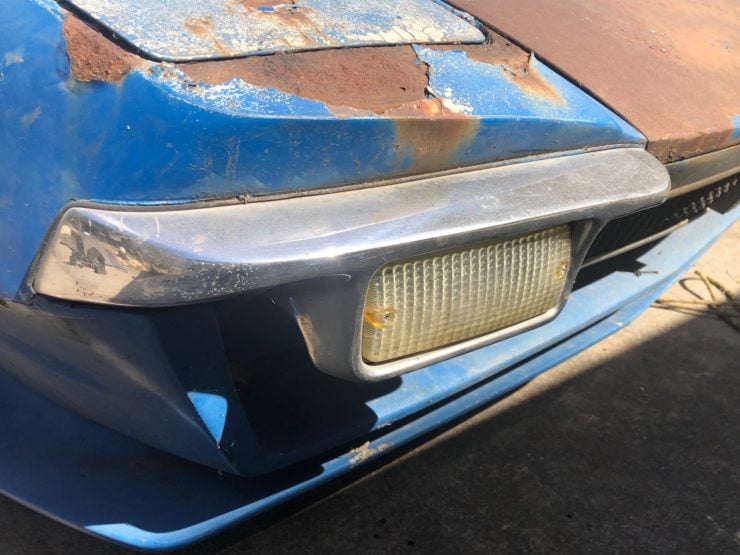 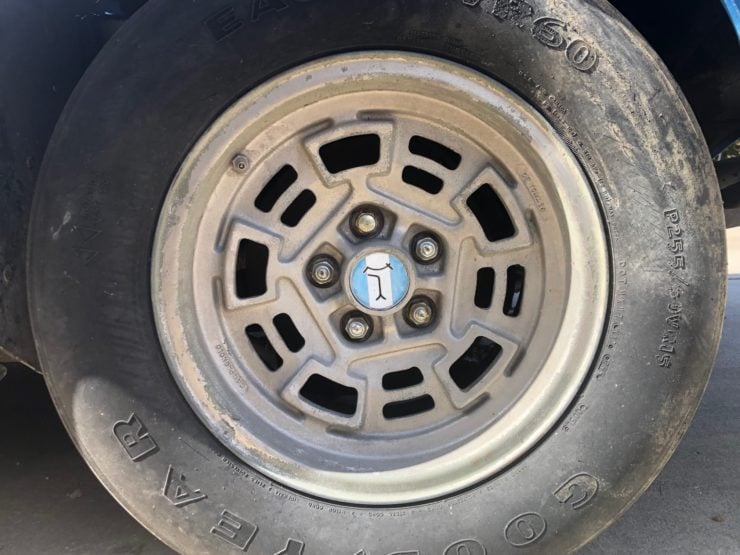 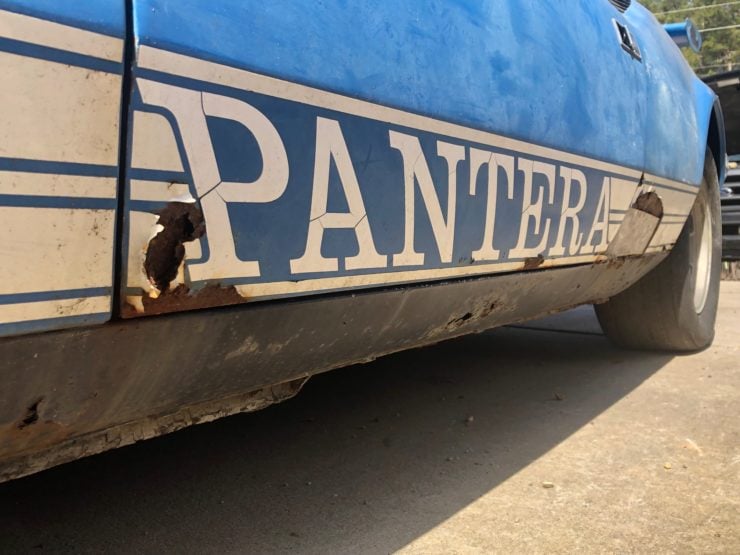 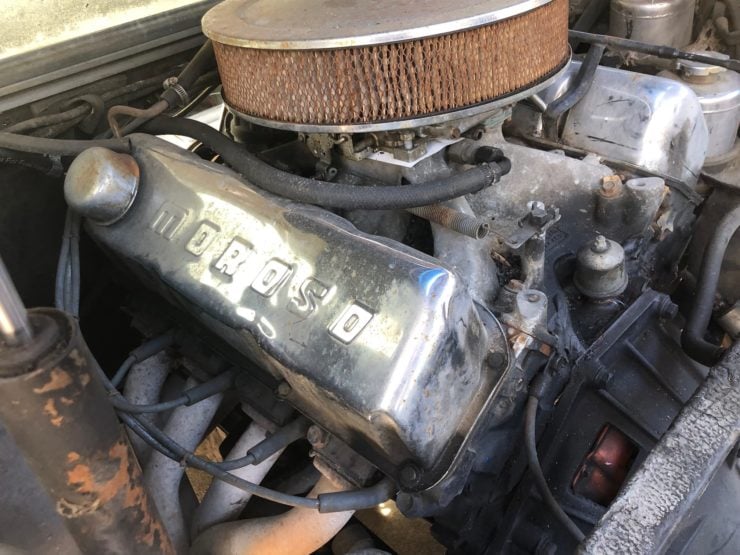 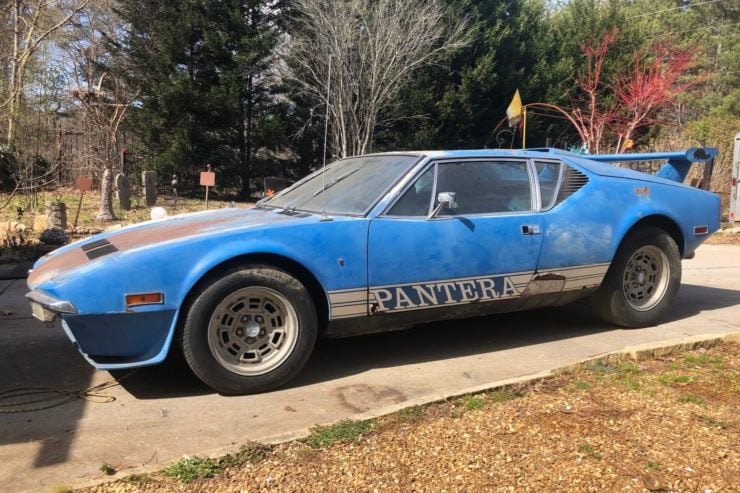 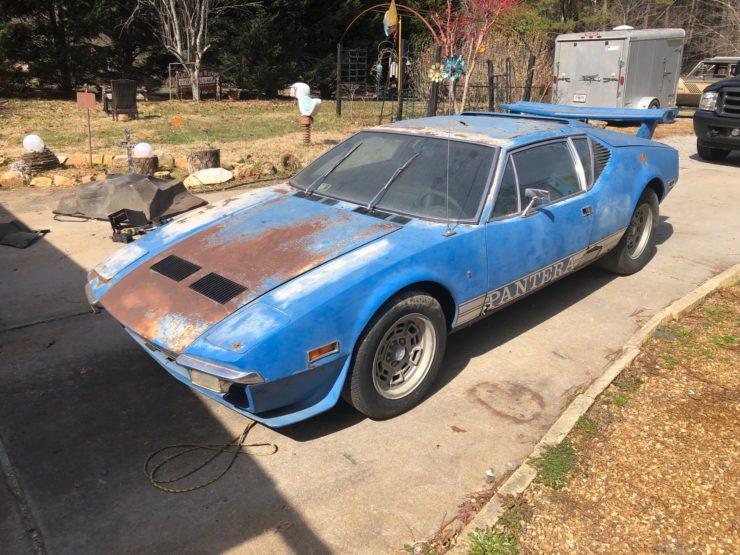