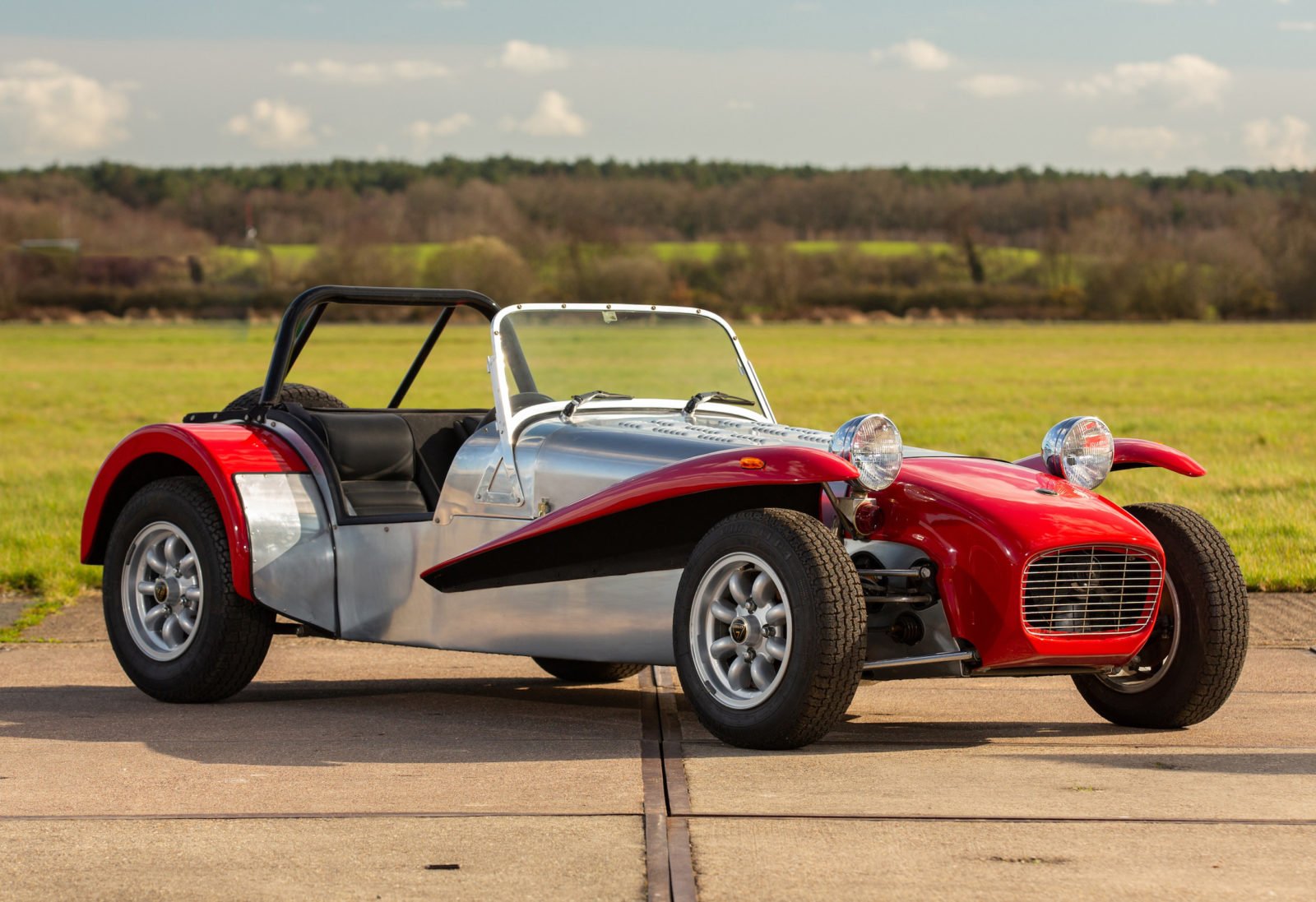 This is a 1991 Birkin Seven Sprint, it was ordered new by Formula 1 driver and future world champion Nigel Mansell. He kept the car in his private collection for decades and has only recently decided to sell it.

The Birkin Seven Sprint was developed and built in South Africa, it’s based on the design of the Lotus Seven and it was developed by engineer and former special forces solider John Watson – a relative of legendary racing driver Sir Henry “Tim” Birkin.

John Watson was born in Wales, the son of a veterinary surgeon. The family moved out to Rhodesia (modern day Zimbabwe) when Watson was still a boy, after leaving school he joined the military and served in the special forces. 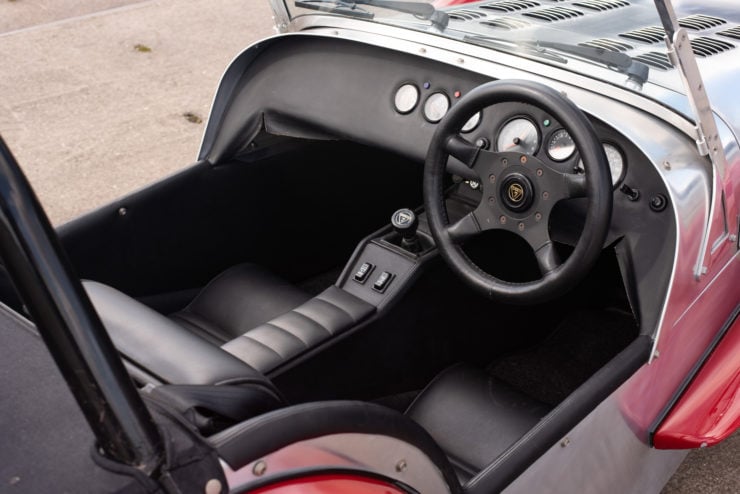 As with all Seven-type cars the Birkin has seating for two, there are very few luxury refinements as the car is designed to be a lightweight, sporting driving experience.

While he was serving he bought a secondhand Lotus Seven that he enjoyed working on and driving, he didn’t know it at the time but the car would fundamentally shape the course of the rest of his life.

He would return to the UK as a young adult to study engineering at Technicon in Salisbury, after which he emigrated to South Africa.

Immigration laws being what they were at the time, Watson was only permitted to bring one car with him from Rhodesia to South Africa, for reasons of practicality he chose the family car rather than the Lotus Seven which was left behind.

The Arrival Of Birkin Cars

After an unsuccessful attempt to get Caterham to set up a dealership in South Africa Watson set about using his engineering training to develop his own Lotus Seven-type car from scratch. 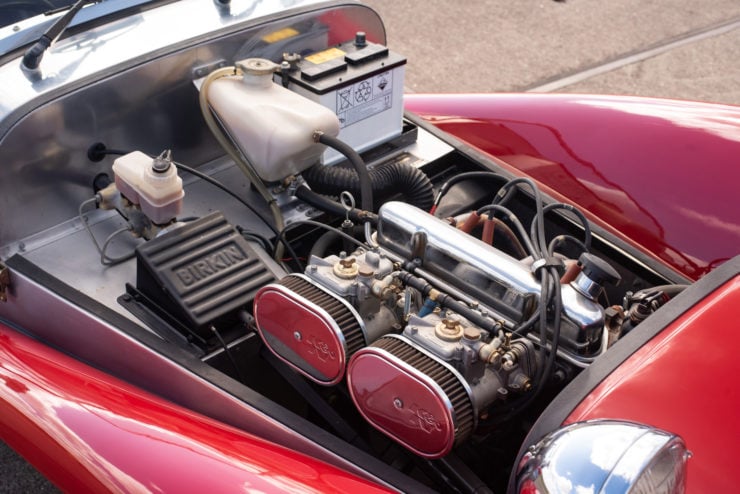 He initially just planned to build one for himself, but demand from friends was such that soon he was building two, then three, and so on until he decoded to launch a company – naming it Birkin after a distant relative and legendary Bentley Boy Sir Henry “Tim” Birkin.

The company has now been in business for almost 40 years, thousands of Birkins have been delivered to owners around the world as either turnkey cars or kits, and they’re considered to be among the highest quality Lotus Seven-type cars in the world.

The car you see here was ordered new by Nigel Mansell and kept by him in his private collection for well over 30 years.

Mansell first encountered cars made by Birkin at the South African Grand Prix in 1983. He was a driver for the Lotus Formula 1 team at the time, and he attended the launch of the first Birkin car along with co-driver Elio de Angelis and Hazel Chapman, the widow of the late Colin Chapman (the founder of Lotus). 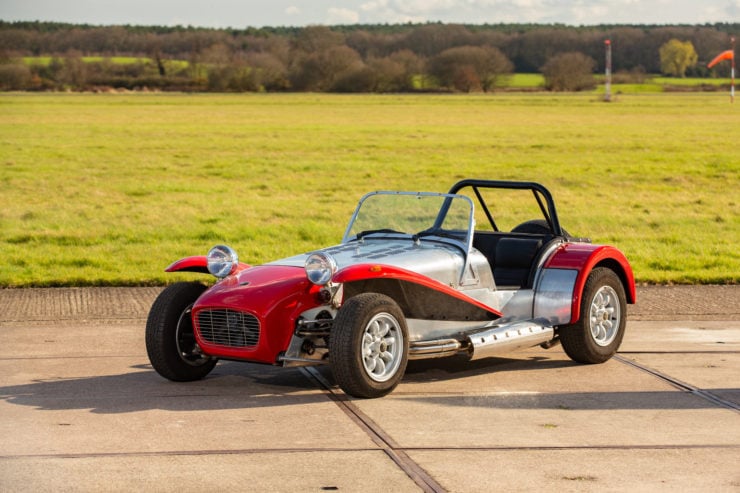 The Birkin is famous for its excellent, precise handling and very low curb weight. It’s been described as one of the purest driving experiences in the world.

Although Mansell didn’t buy a Birkin on the spot the little car obviously made an impression on him, as he bought one years later in 1991 and had it shipped to Britain to join his private collection where it has remained ever since.

This car is the Seven Sprint model that was formerly offered by Birkin. It’s powered by a Ford Kent “Crossflow” inline-four cylinder engine with twin Weber side draught carburetors and tubular exhaust headers.

The body is finished in a combination of red and polished alloy panels and in true Lotus Seven fashion it offers cozy seating for two.

Mansell has now decided to sell this car along with a couple of his Formula 1 cars and some other memorabilia. They’re all due to roll across the auction block with RM Sotheby’s on the 14th of May and this car is being offered with no reserve. 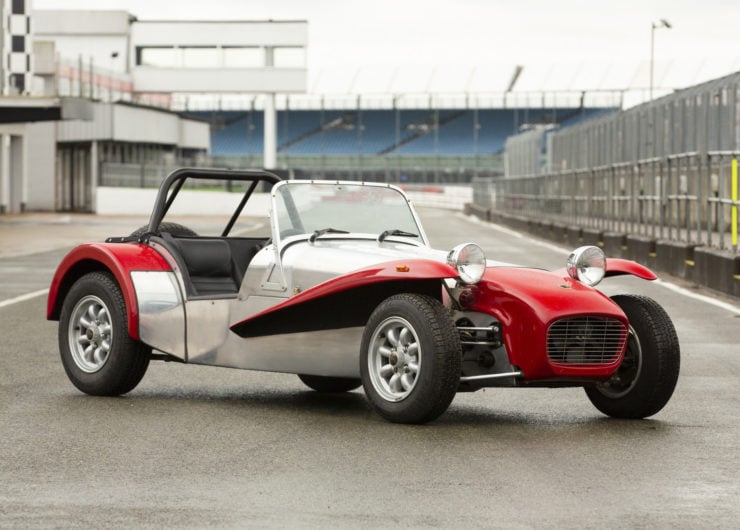 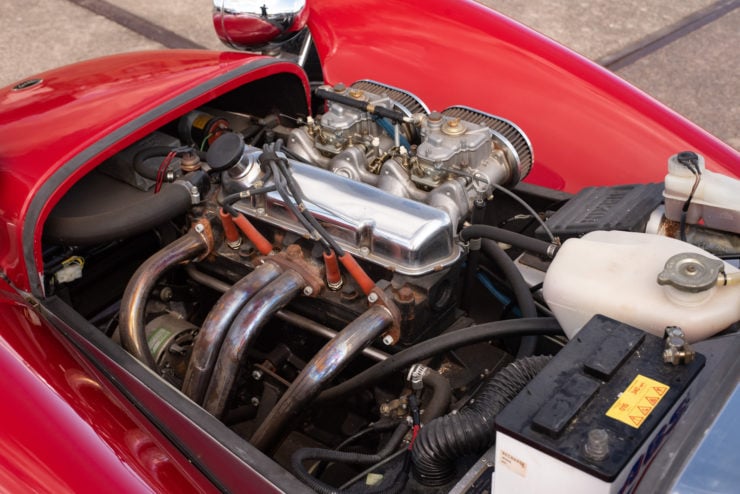 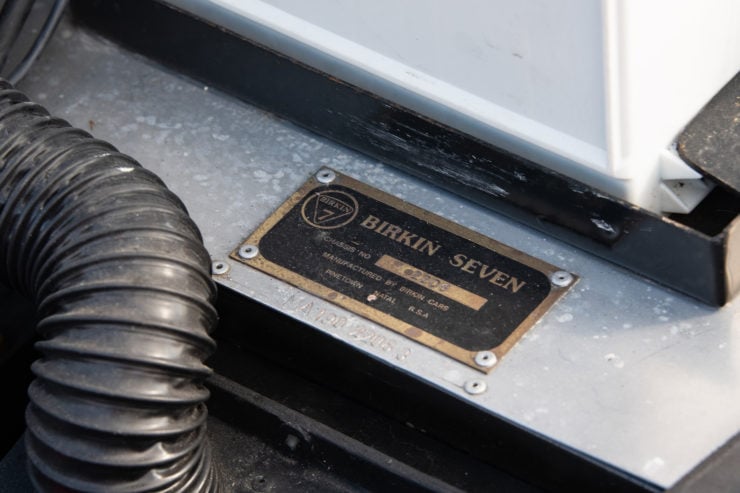 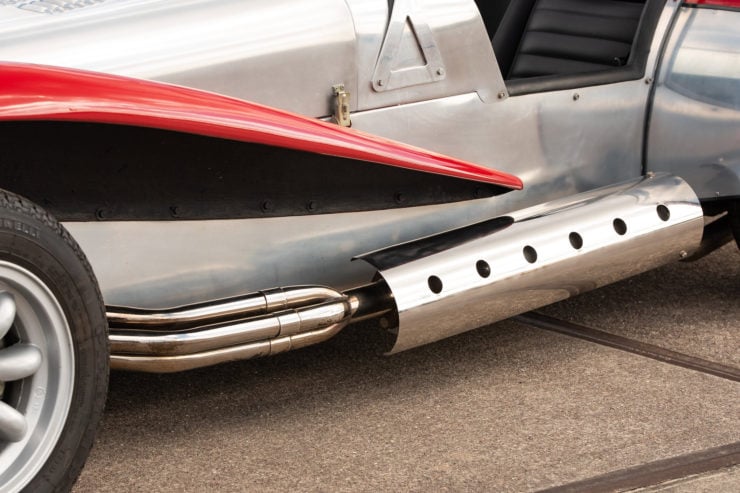 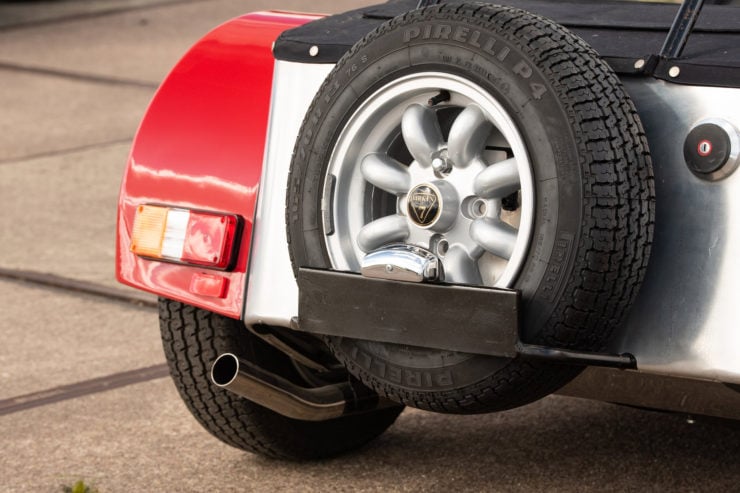 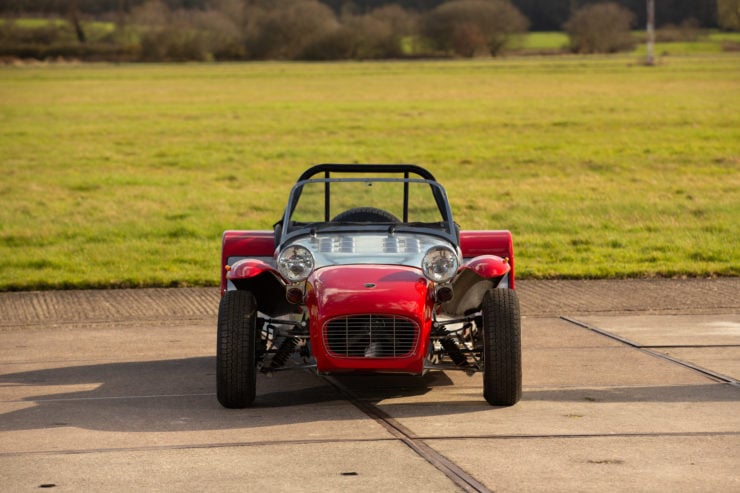 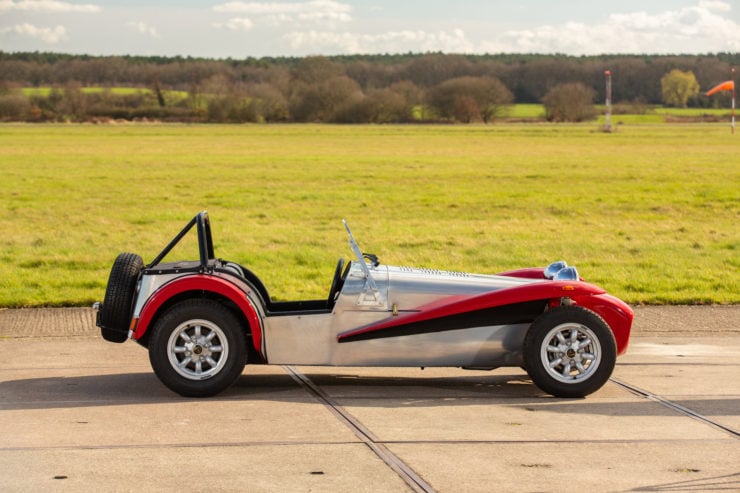 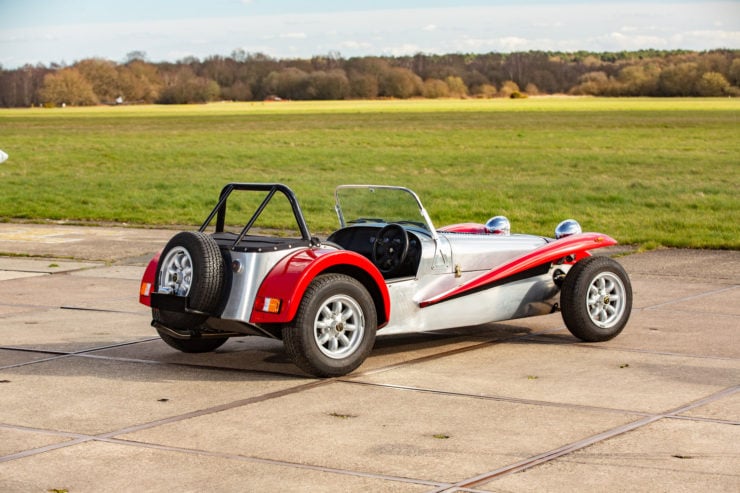 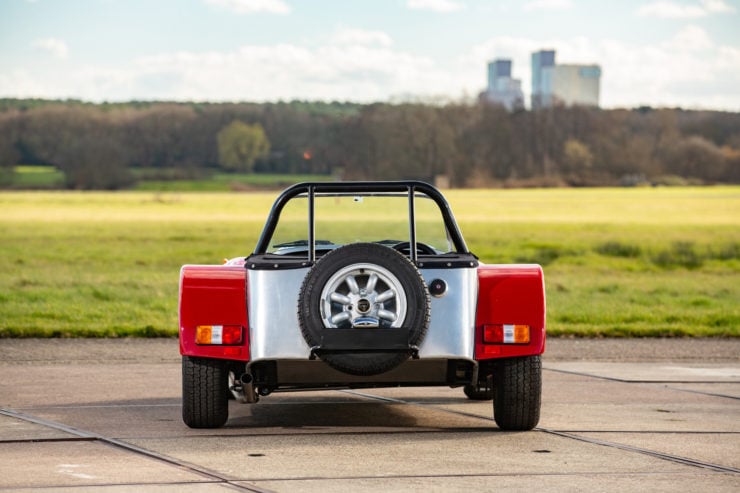 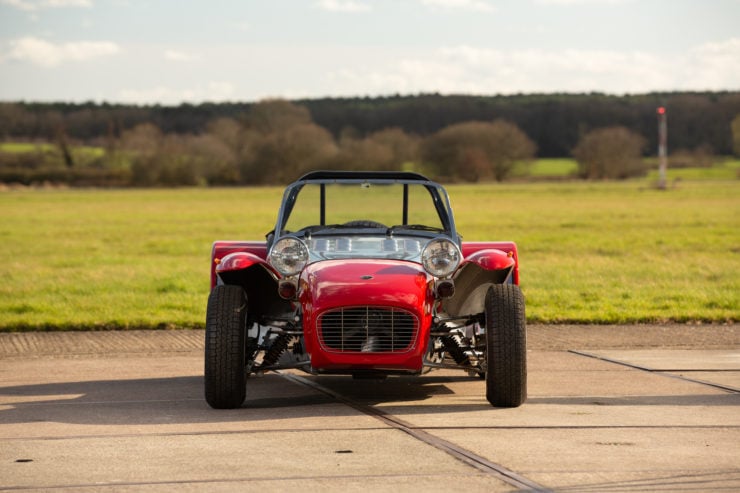 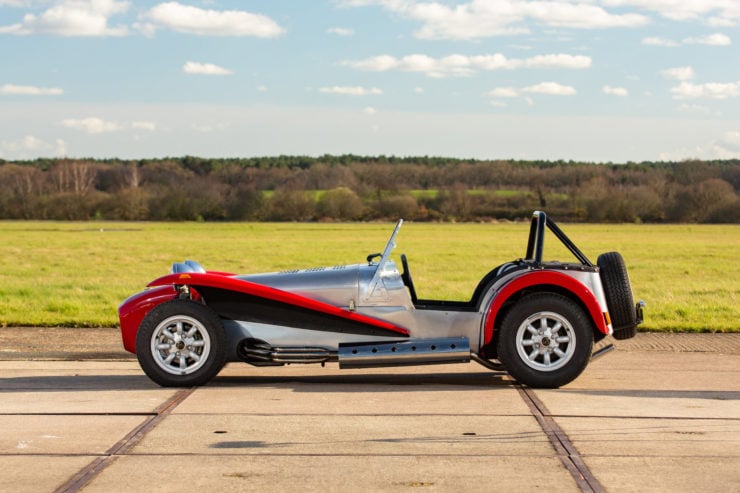 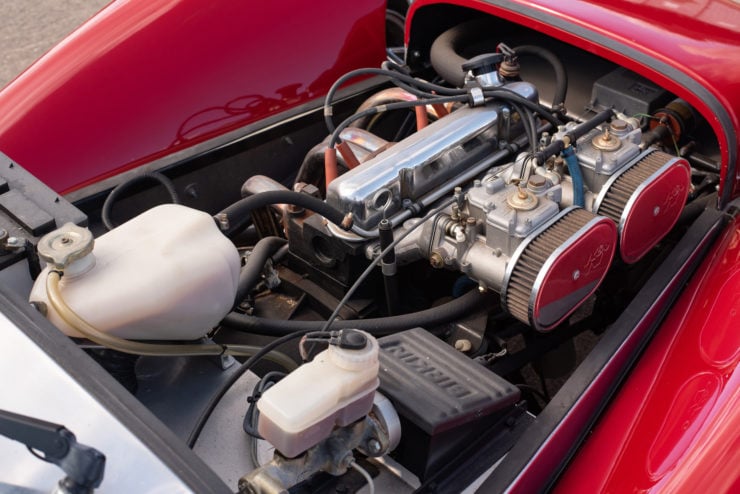 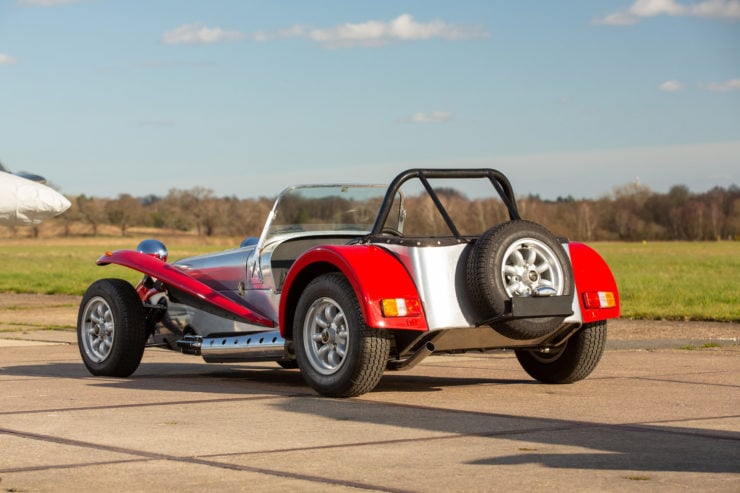