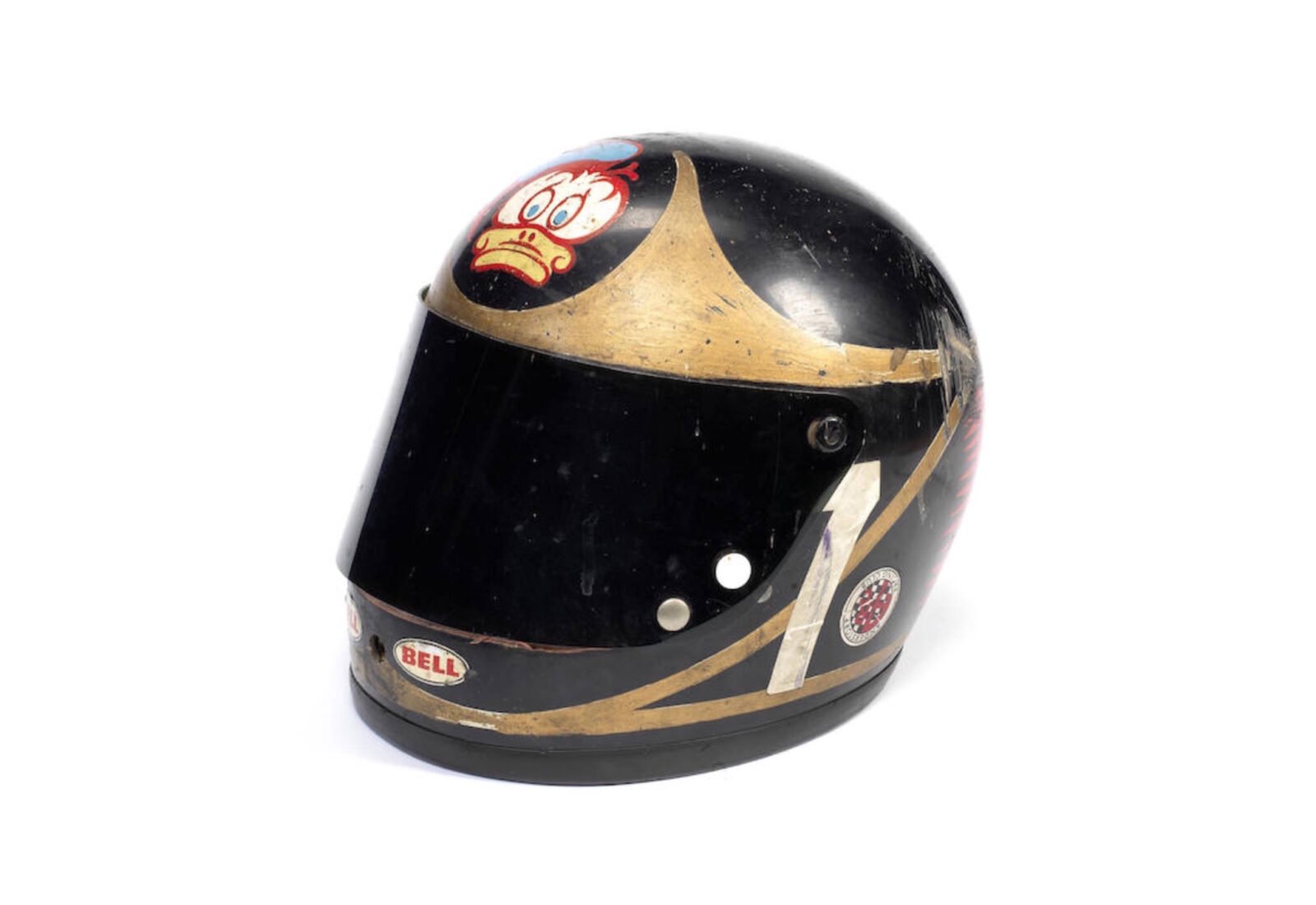 Barry Sheene is remembered as one of the greatest motorcycle racers of all time, and almost certainly the greatest British rider of the 20th century. Sheene had a famously likeable personality and he had a hugely successful second career as a motorsport TV personality and commentator in Australia – where he had moved after retiring from racing.

This helmet was worn by Sheene during 1974, it features his trademark cigarette hole drilled into front to allow him to smoke even when fully kitted up, it also bears his distinctive “Donald Fuck” emblem, and it still bears the scars from an accident he had at the 1974 Swedish Grand Prix where he had a spectacular spill in the rain. 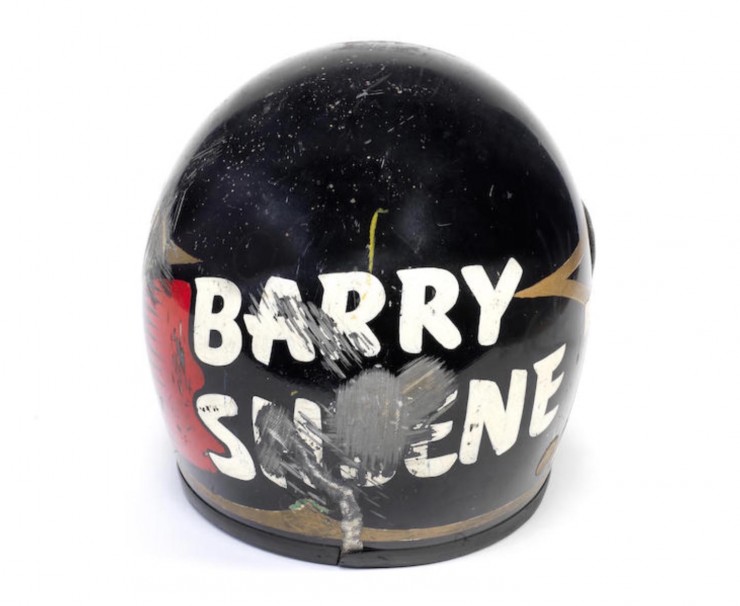 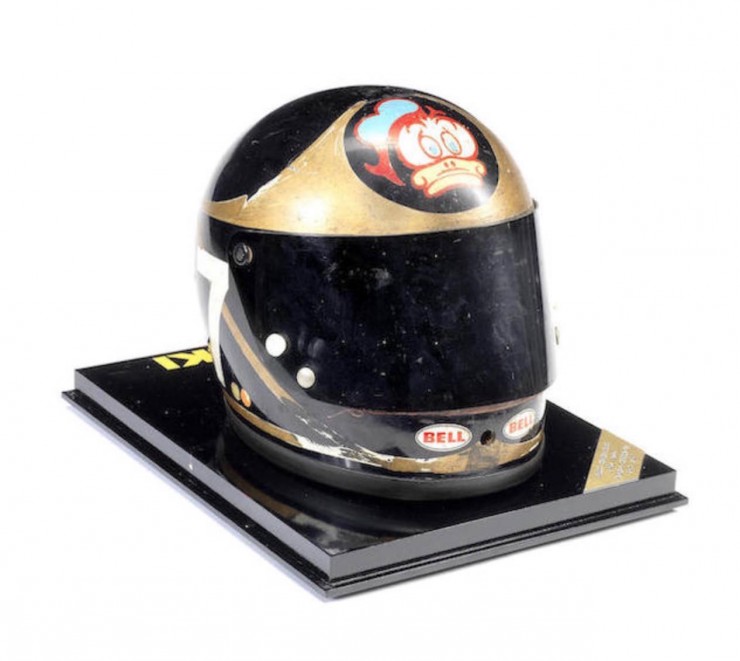 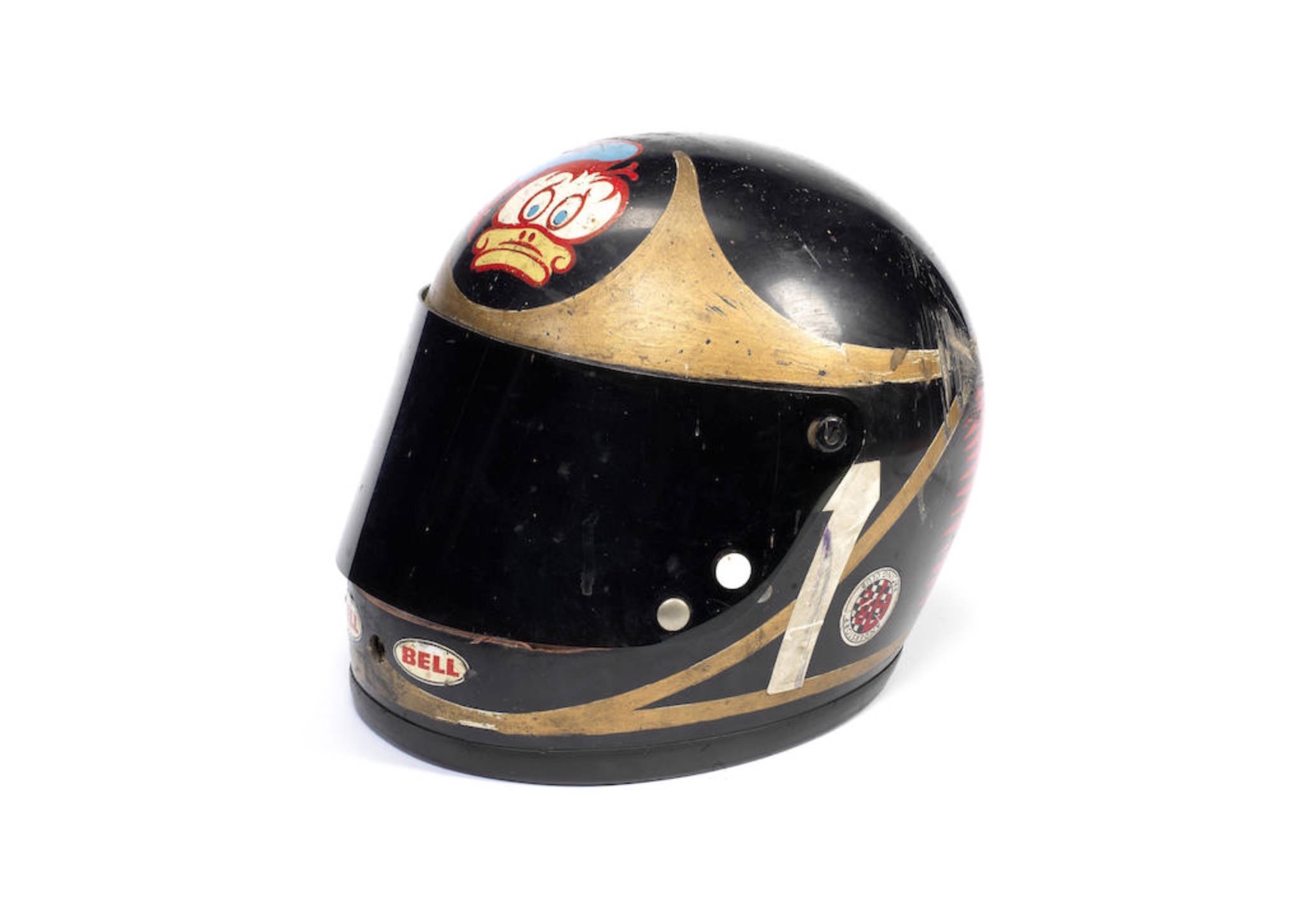