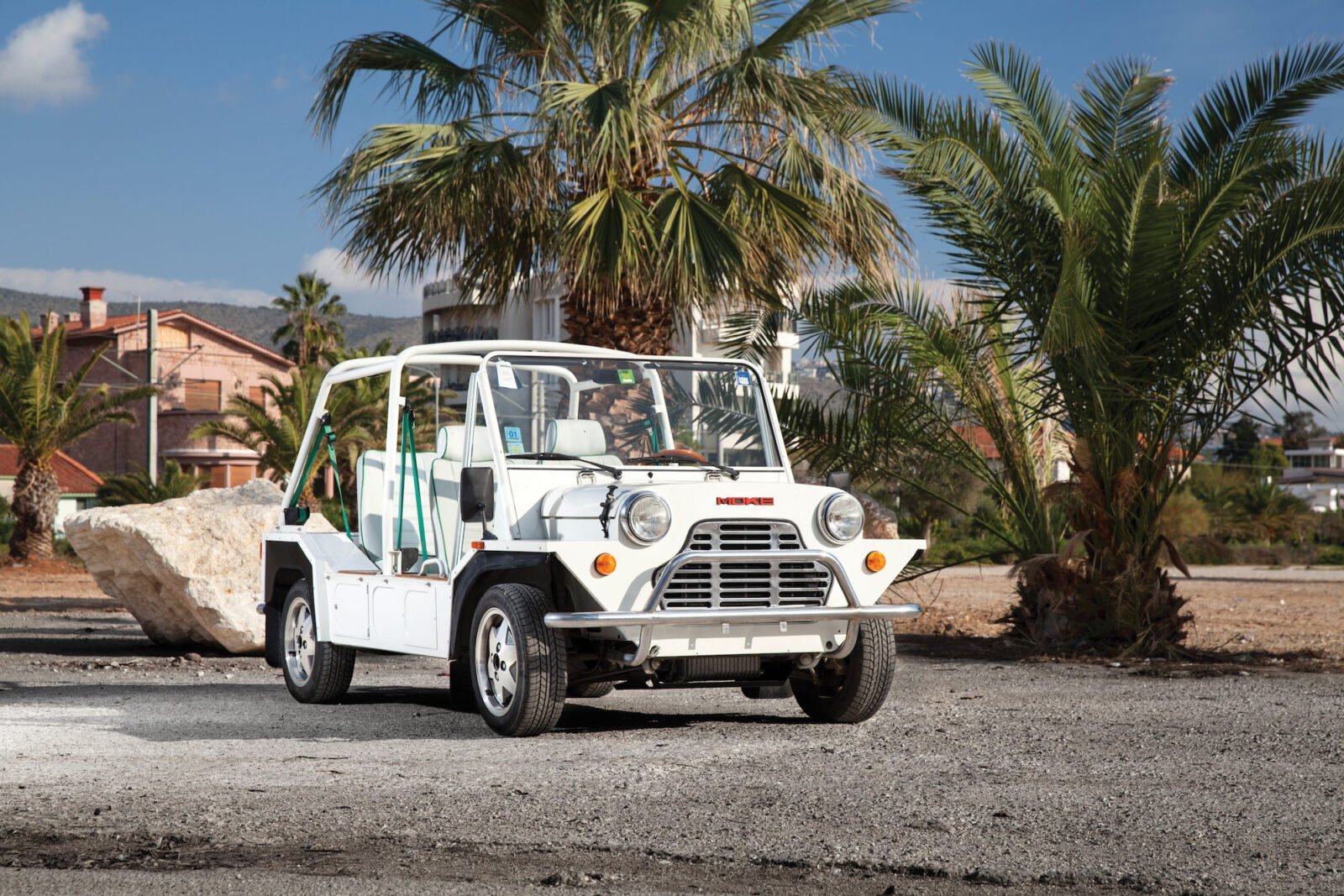 The Cagiva Moke was final iteration of the original Mini Moke, which had been in production non-stop since 1964 with over 50,000 produced in Britain, Australia, and Portugal.

The British Motor Corporation had commissioned Sir Alec Issigonis and John Sheppard as an ultra-lightweight vehicle suitable for military deployment by helicopter. They used the engine, transmission, suspension, brakes, and instrumentation from the iconic Mini in order to reduce development costs.

There were some obvious drawbacks to using the Mini Moke for military purposes – the two most obvious being the lack of ground clearance and the lack of 4×4. The only realistic military interest was from the navy who considered buying a few to use on the decks of aircraft carriers – but even this never eventuated.

Instead of relegating the Moke to the trash heap, the men at BMC decided to build a civilian version, with their eye on the warmer climates like the Caribbean, California, and Australia. The little Moke proved hugely popular as a leisure vehicle and even today it’s still the hire car of choice at countless resorts and tropical islands.

After its initial production run in England BMC moved the tooling to Australia where it continued from 1966 to 1981. The Aussies further developed the model, including a much needed increase in height by way of larger wheels and modified suspension, as well as larger engines. In 1981 production was shifted to Portugal where it carried on until 1993 – with the final 3 years of production happening under the Cagiva name, as the Italian company had bought the rights and tooling in 1990.

These final Mokes were called “Cagiva Mokes” as they didn’t have the rights to use the “Mini” name. They’re quite highly sought after now by collectors as only 1500 were built, and they benefitted from decades of development.

The Cagiva Moke you see here is one of the last ones ever made, it has just 1,833 kilometres on the odometer and it’s due to be sold via RM Sotheby’s on the 14th of May. 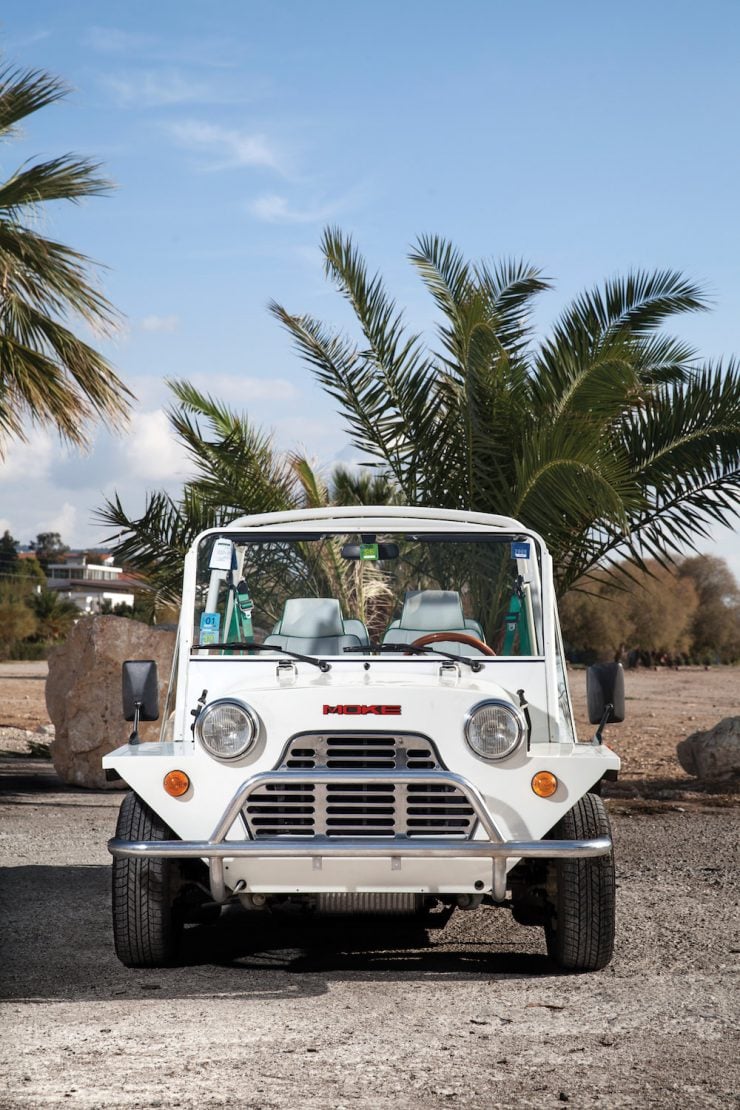 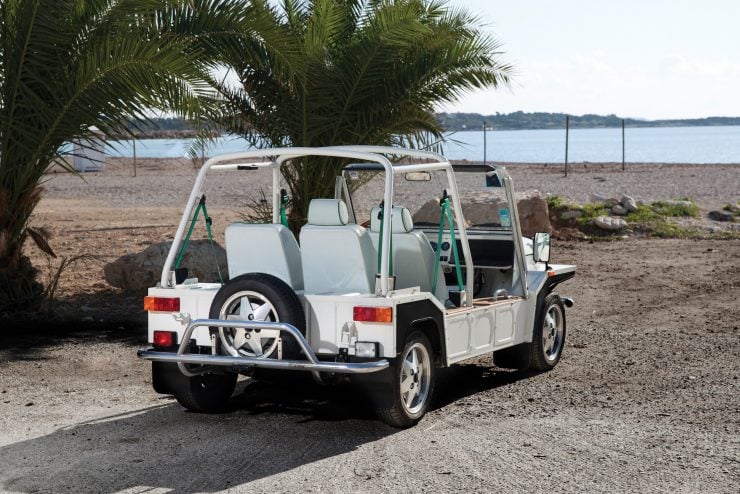 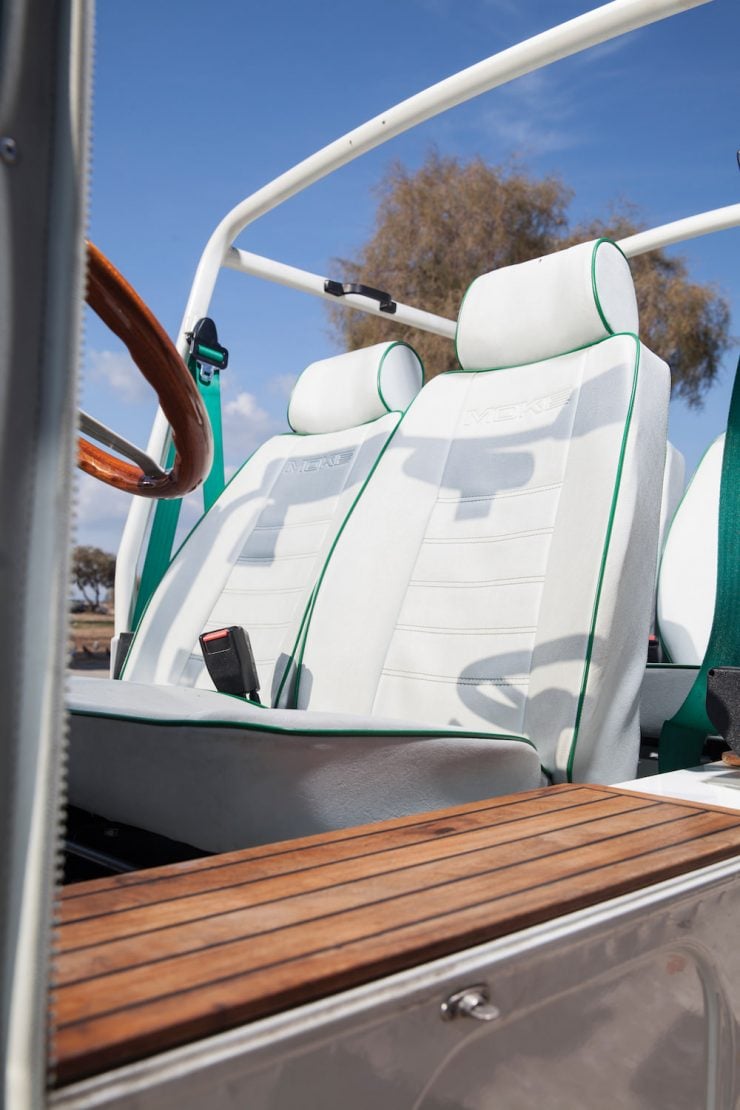 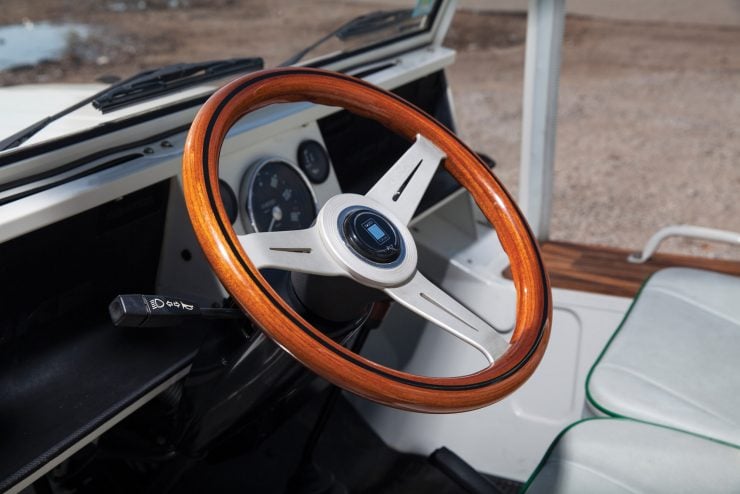 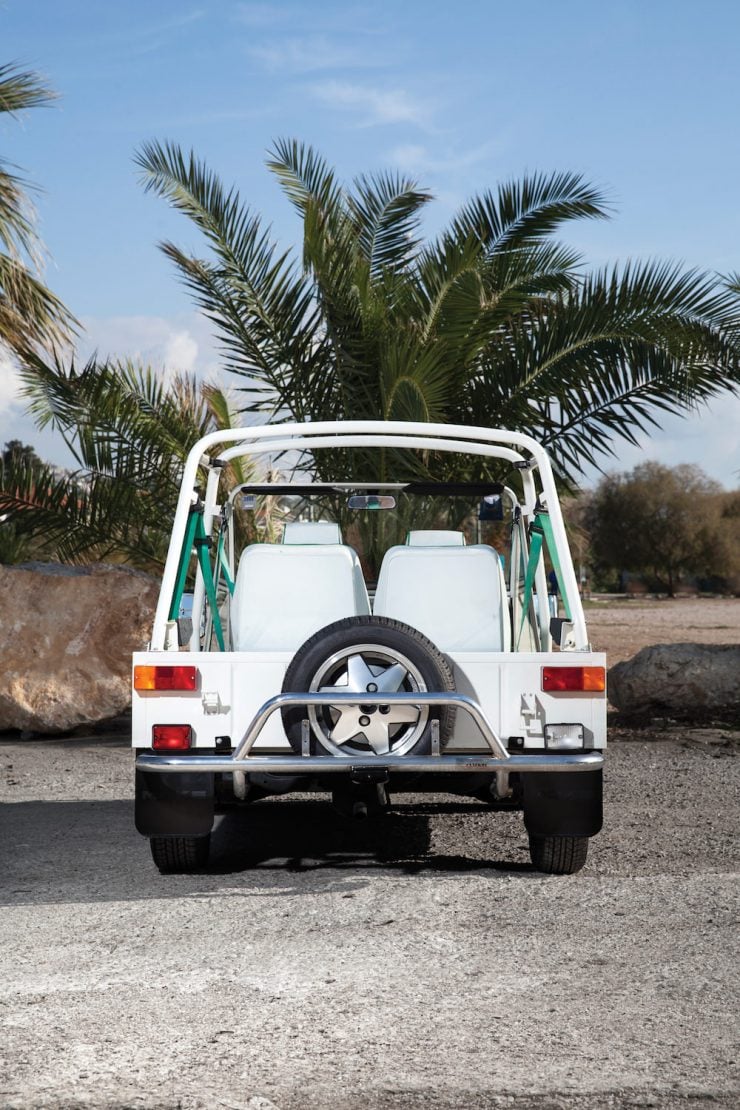 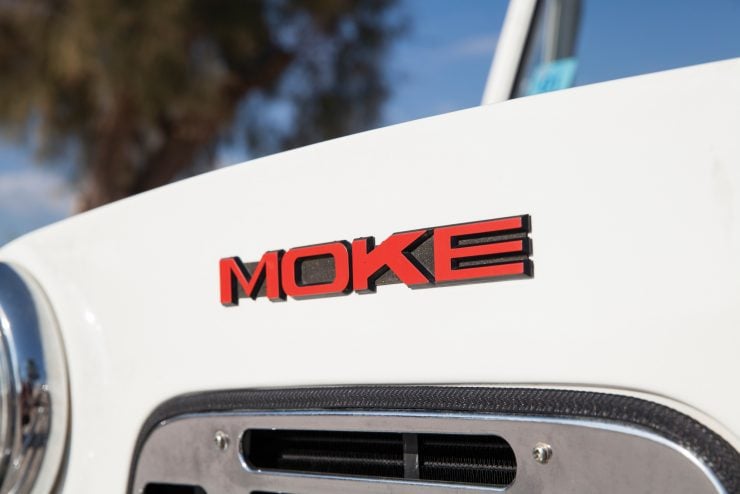 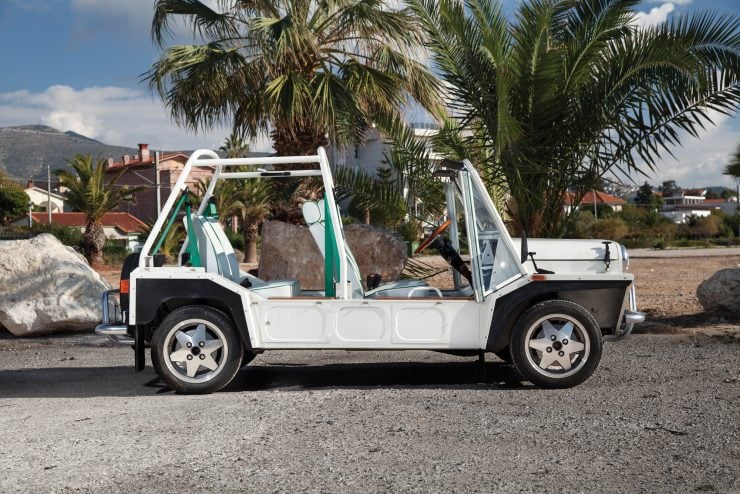 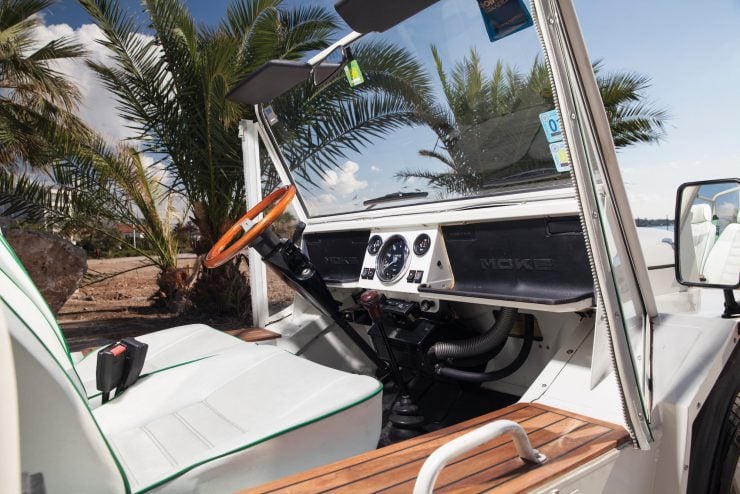 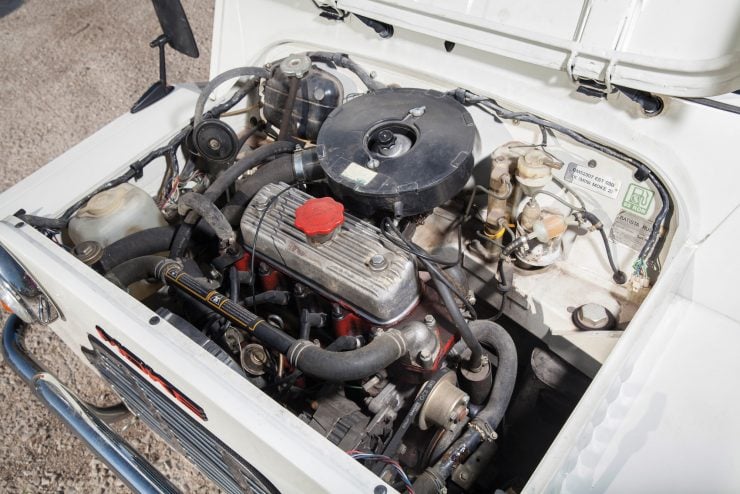 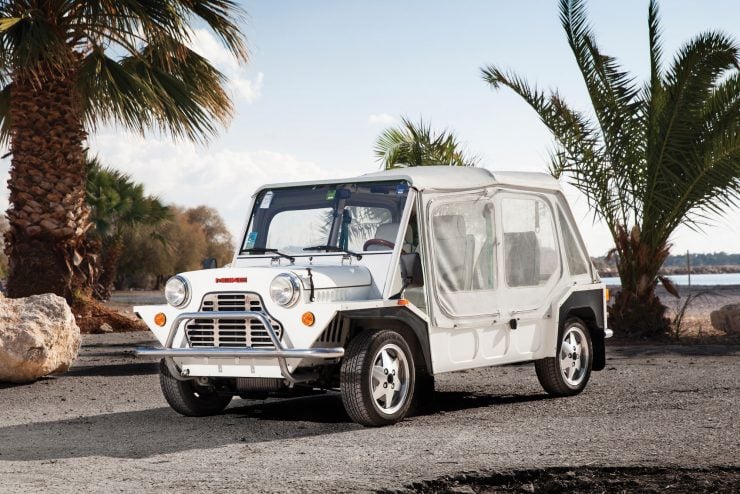 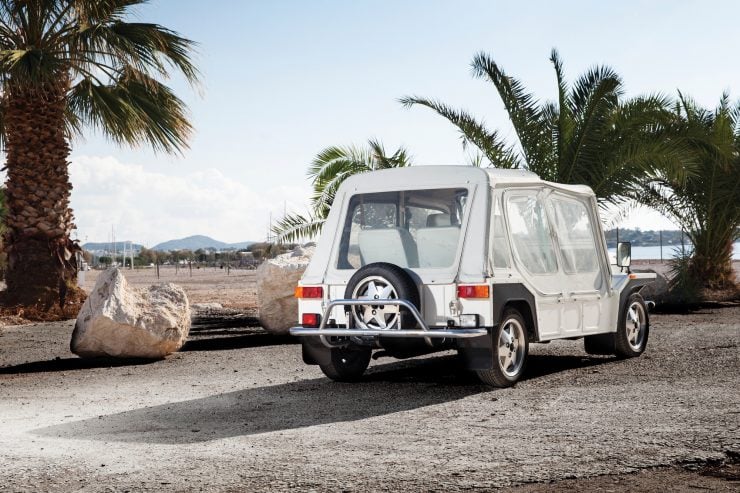 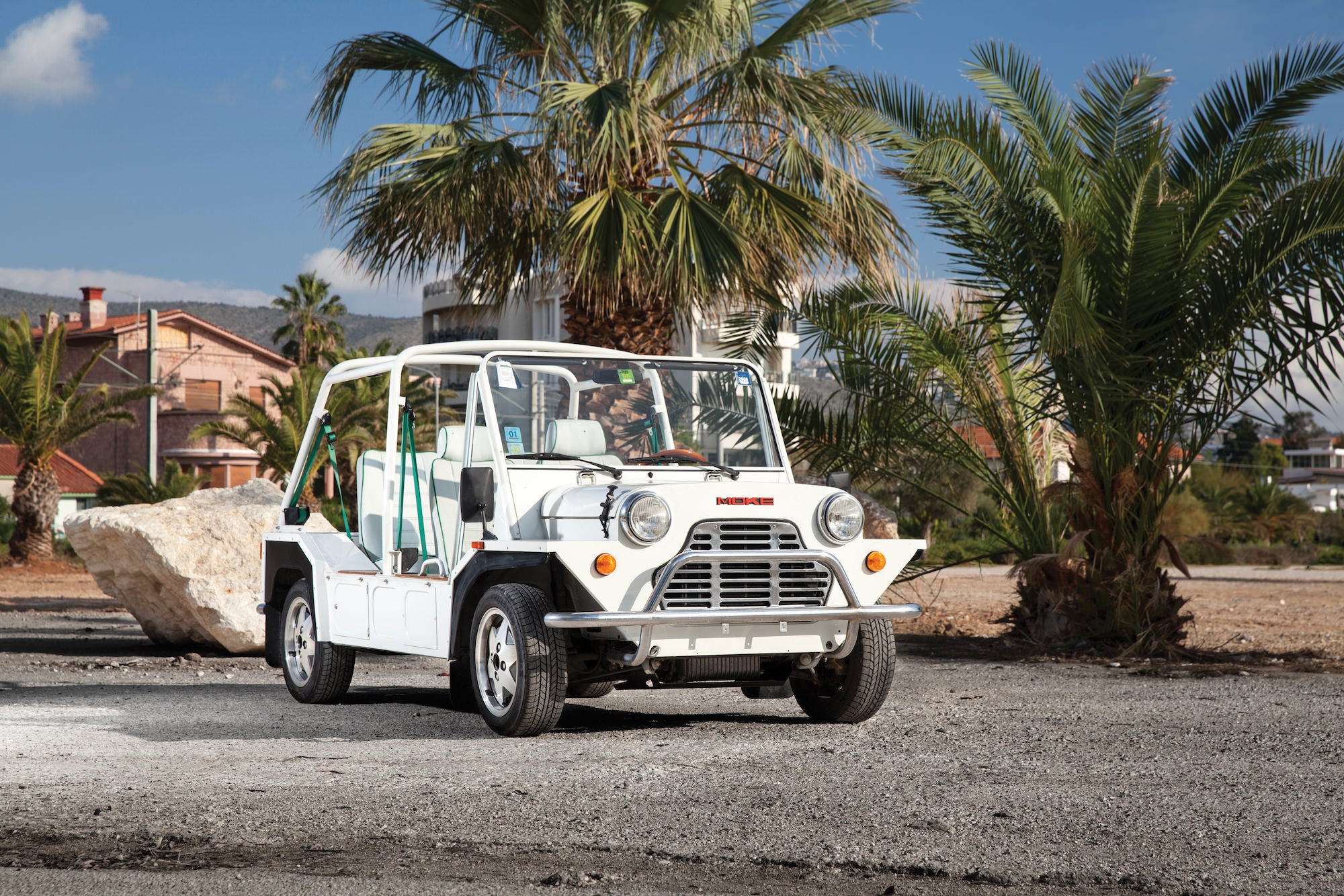