The Barracuda by Edge Racing 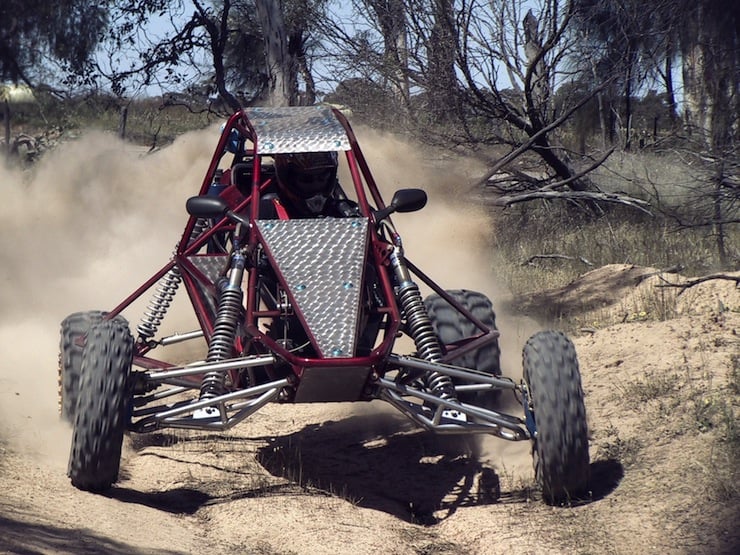 Each Barracuda has a tubular steel chassis with rack and pinion steering, a liquid cooled motorcycle engine, independent front and rear suspension, front and rear disc brakes, a top speed of 120mph (depending on gearing) and a 0-60mph time of 4.5 seconds (on dirt).

Most people who build this buggy choose a 600cc to 1400cc superbike engine with the Suzuki Hayabusa engine being the most popular choice. The original transmission is kept and the chain drive runs directly to the rear wheel drive assembly, the completed Barracuda weighs in at ~380kgs so as you can imagine, the off-road performance is a little on the brisk side.

It’s possible to build a Barracuda for ~$7,500 USD depending on the options you choose while building, sourcing a suitable engine isn’t as difficult as you might expect – a large number of high-performance bikes are wrecked every year by riders who slightly overestimated their ability, so grabbing a crashed crotch-rocket and pulling out the engine/transmission can be a cheap way to get your hands on 140hp.

If you’d like to see a Barracuda in action, hit play on the video below, or you can visit Edge here. 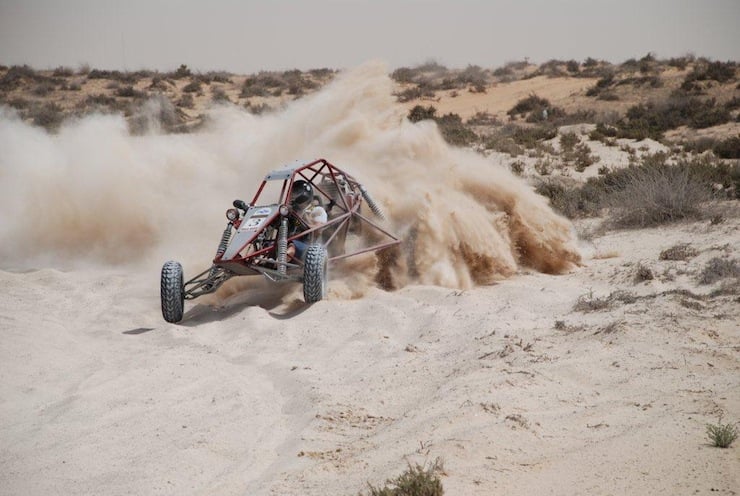 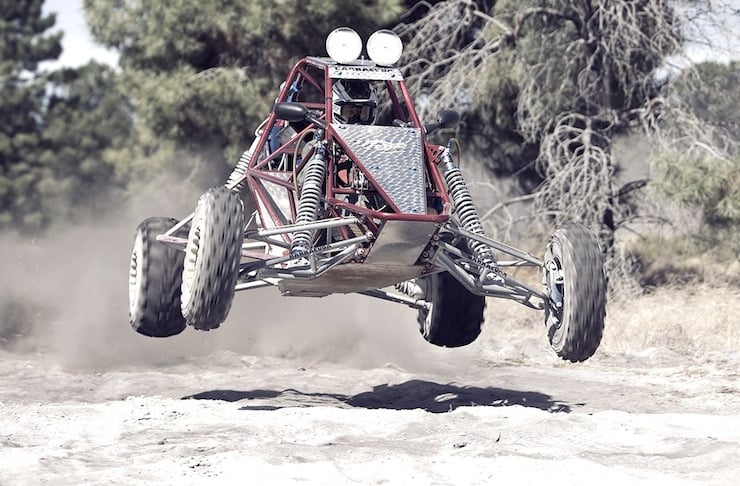 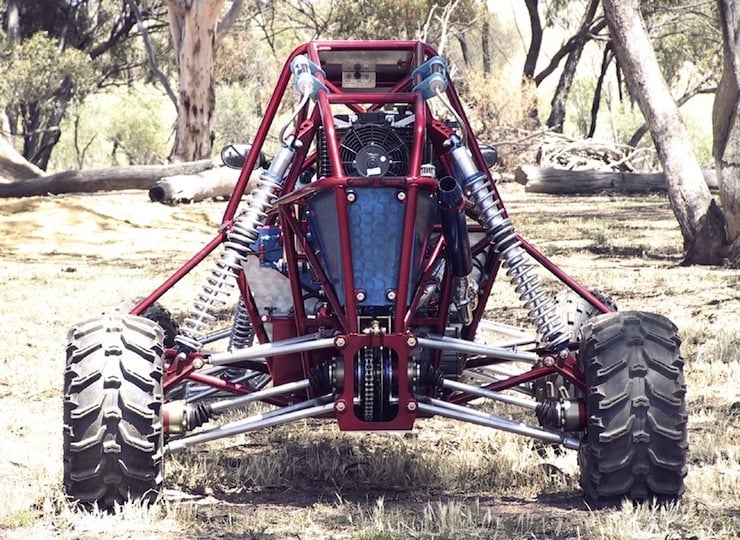 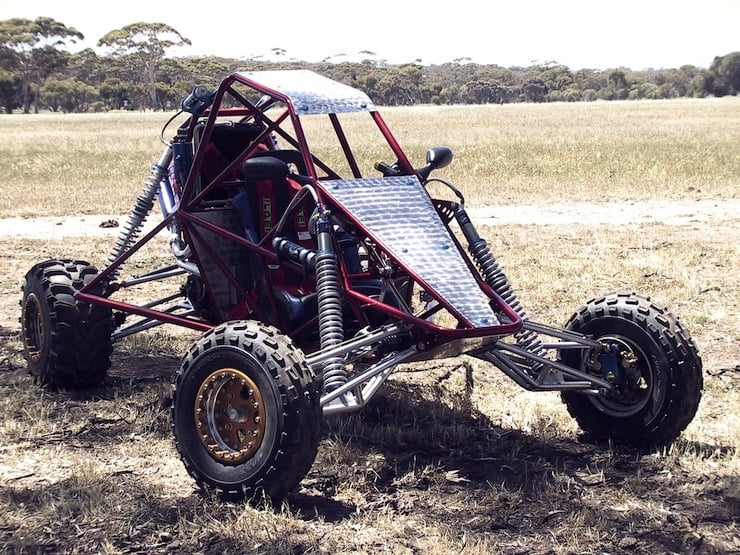 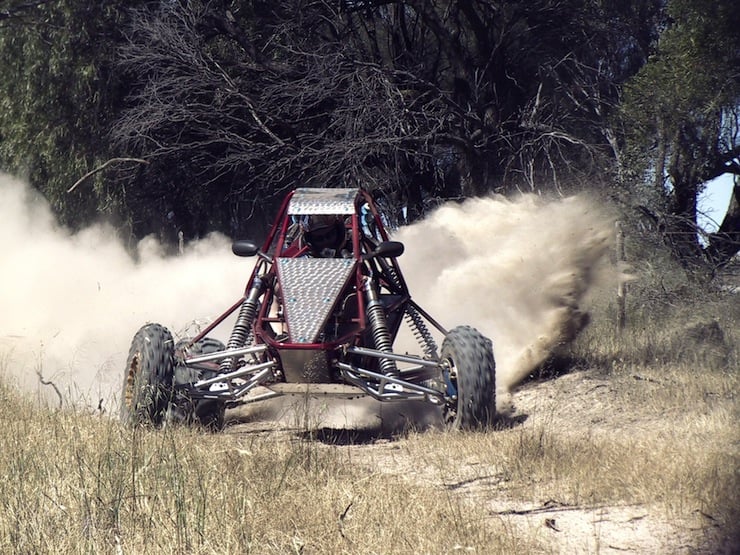