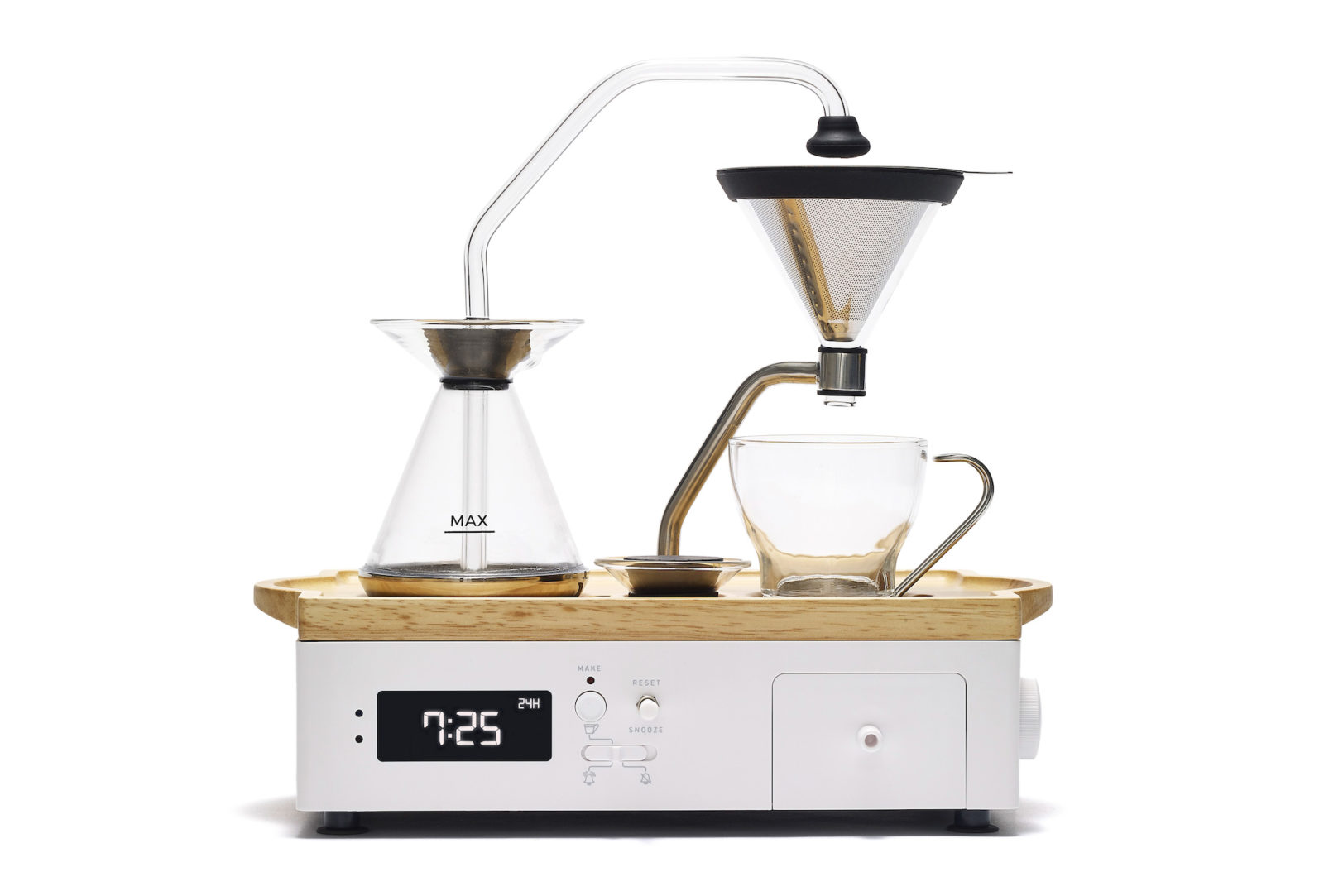 This is the Barisieur Coffee Alarm Clock and for anyone who has trouble starting the day without a fresh brew, it might just be the best new invention since penicillin.

As the name suggests this device is an automatic coffee brewer with an internal alarm clock, it brews you a fresh coffee shortly before your alarm sounds to ensure that your reentry into live on earth is as painless as possible. 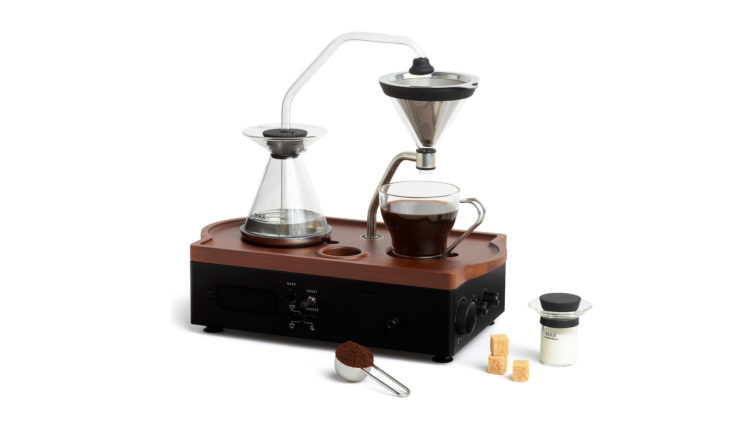 The Barisieur comes in both white and back colorways with different tones of wood allowing you to match it to your decor if you so wish.

It can also brew both tea and coffee, if you’re one of those people who prefer tea to coffee – typically Brits and other slightly odd folk. As a British citizen I can say that sort of thing without getting burned at the stake. Probably.

The Barisieur has a built in smart induction coil that boils water in three minutes, it can be pre-loaded with a week’s worth of coffee grounds, and it even has a built in refrigerator and milk vessel.

Each one is made with handblown glassware and it has a wood tray designed to blend into bedroom or office decor seamlessly. Both white and black versions are offered with different wood tones allowing you to choose whatever will work best for your space. 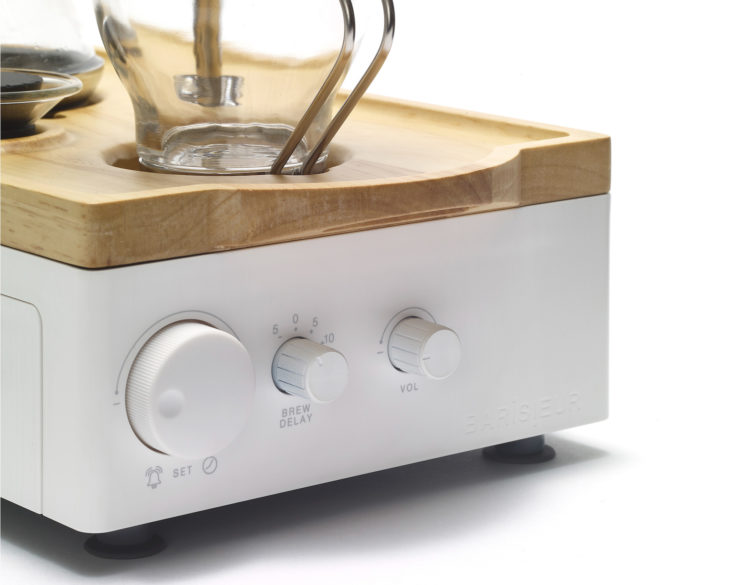 The controls on the side are designed to be easy to use when laying in bed half asleep.

Somewhat conveniently it also has a 5V USB port that charges your phone overnight so you can wake up with 100% battery and a coffee on standby, ready for whatever fresh hell the new day may throw at you.

The Barisieur Coffee Alarm Clock is retailing at $445 USD on Huckberry, with free US shipping and free 60 day returns, and they’re made in the UK by those tea drinkers I was telling you about earlier. 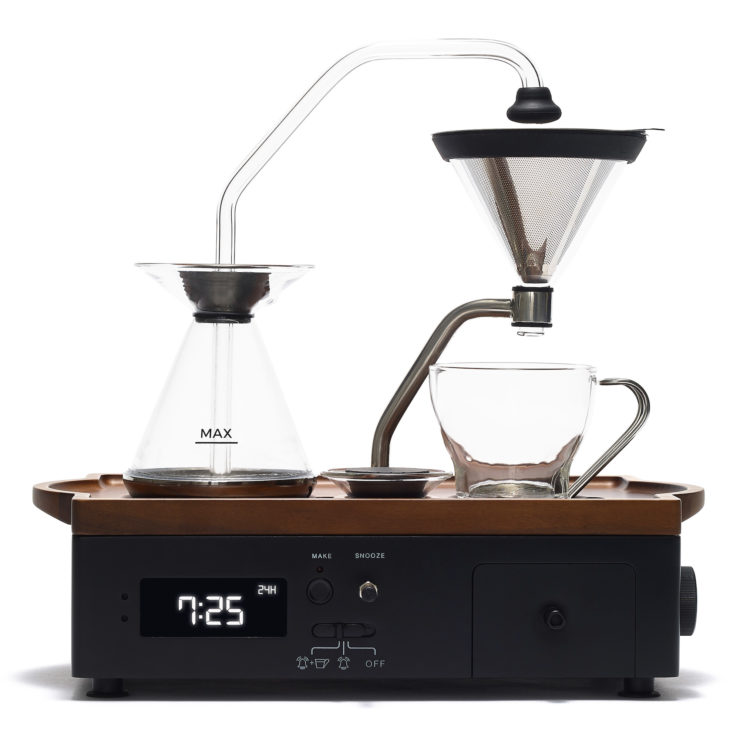 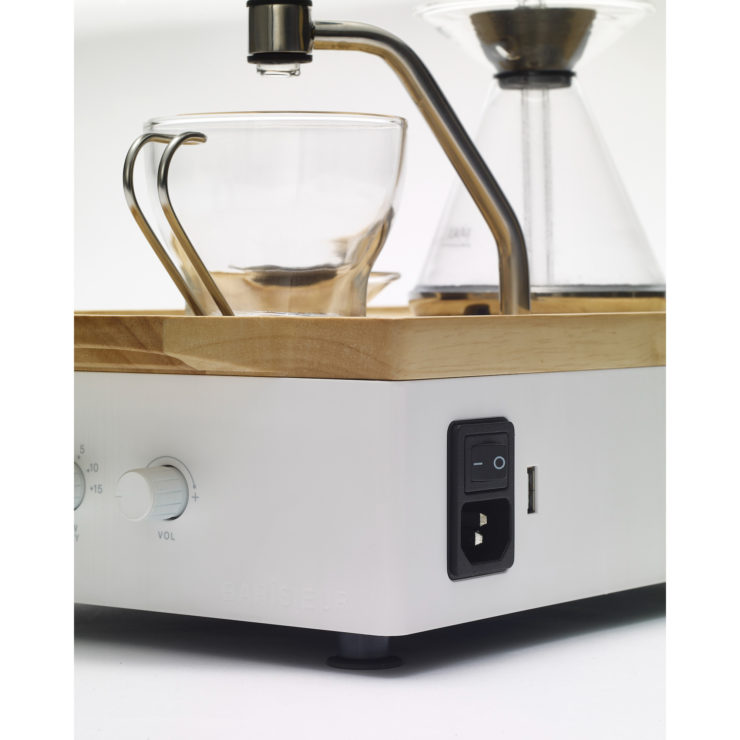 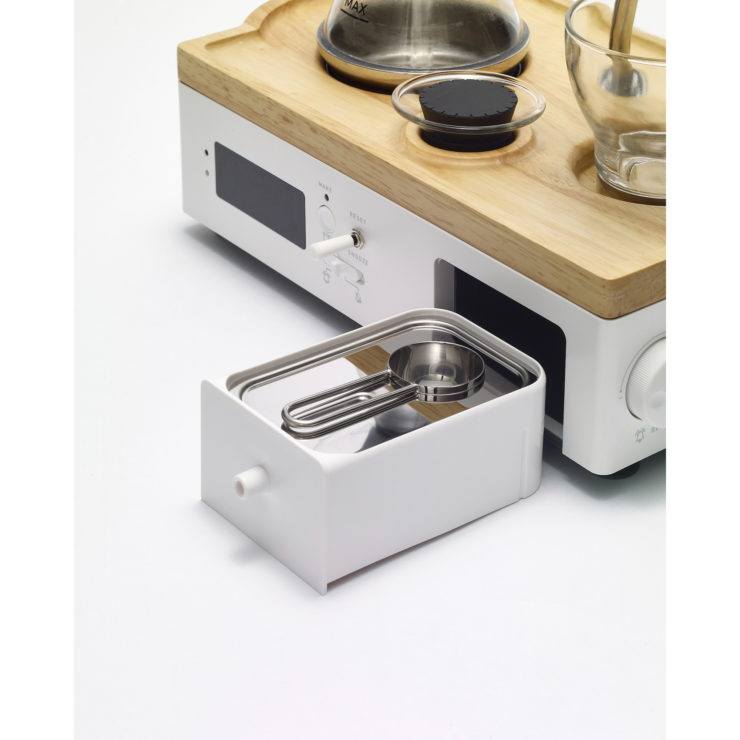 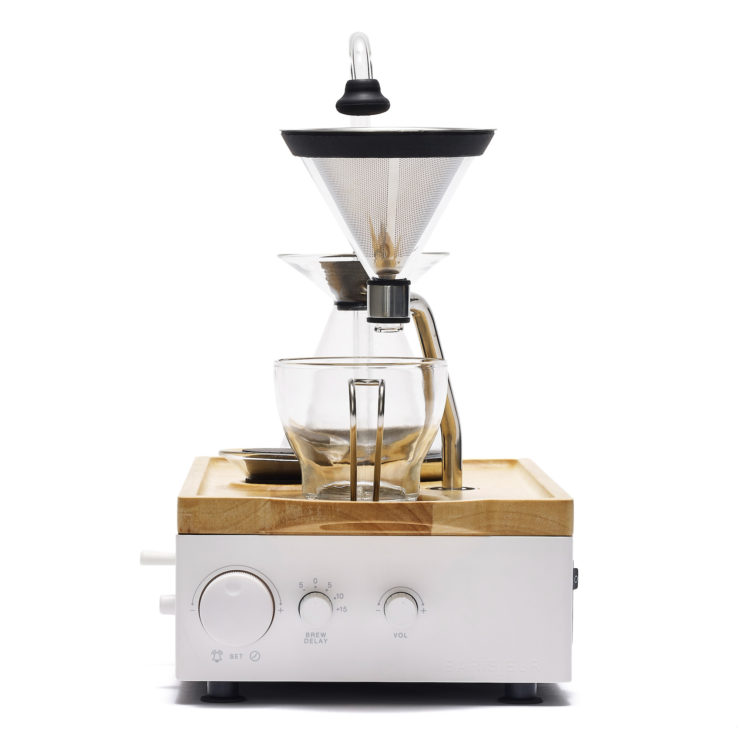