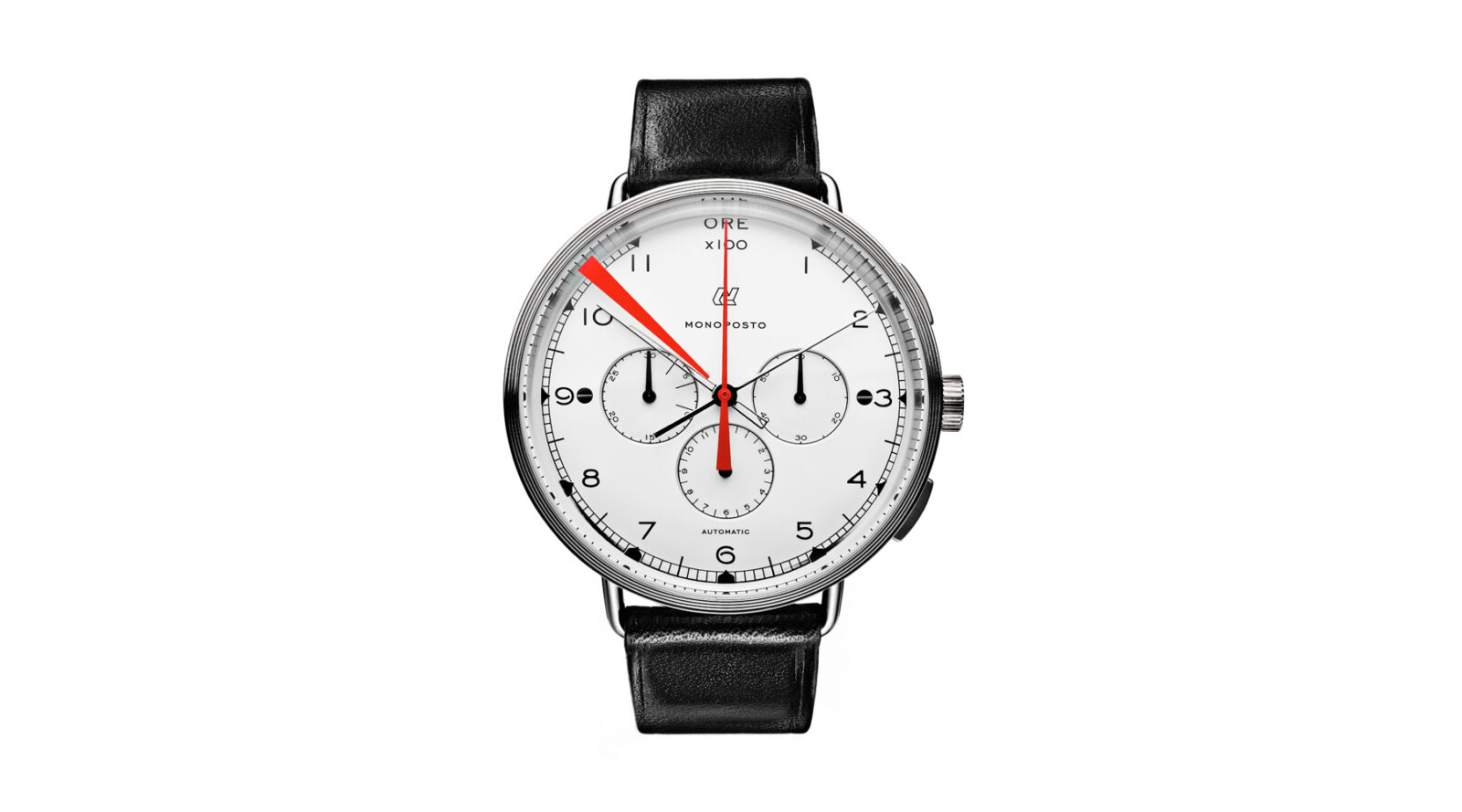 The Monoposto Chronograph is an automatic watch by Autodromo designed as an homage to the dials used on the single-seater racing cars of time gone by – “monoposto” is Italian for “single seat”.

Before electronic engine management systems became commonplace, it was normal practice for worried mechanics to paint a red line on the tachometer to show the driver his maximum available RPM at a glance (which drivers often ignored entirely). The Monoposto Chronograph features a red mark on its domed sapphire crystal as a hat-tip to this practice, and the handmade leather strap and buckle are designed to evoke the leather bonnet straps found on Grand Prix cars of the era. 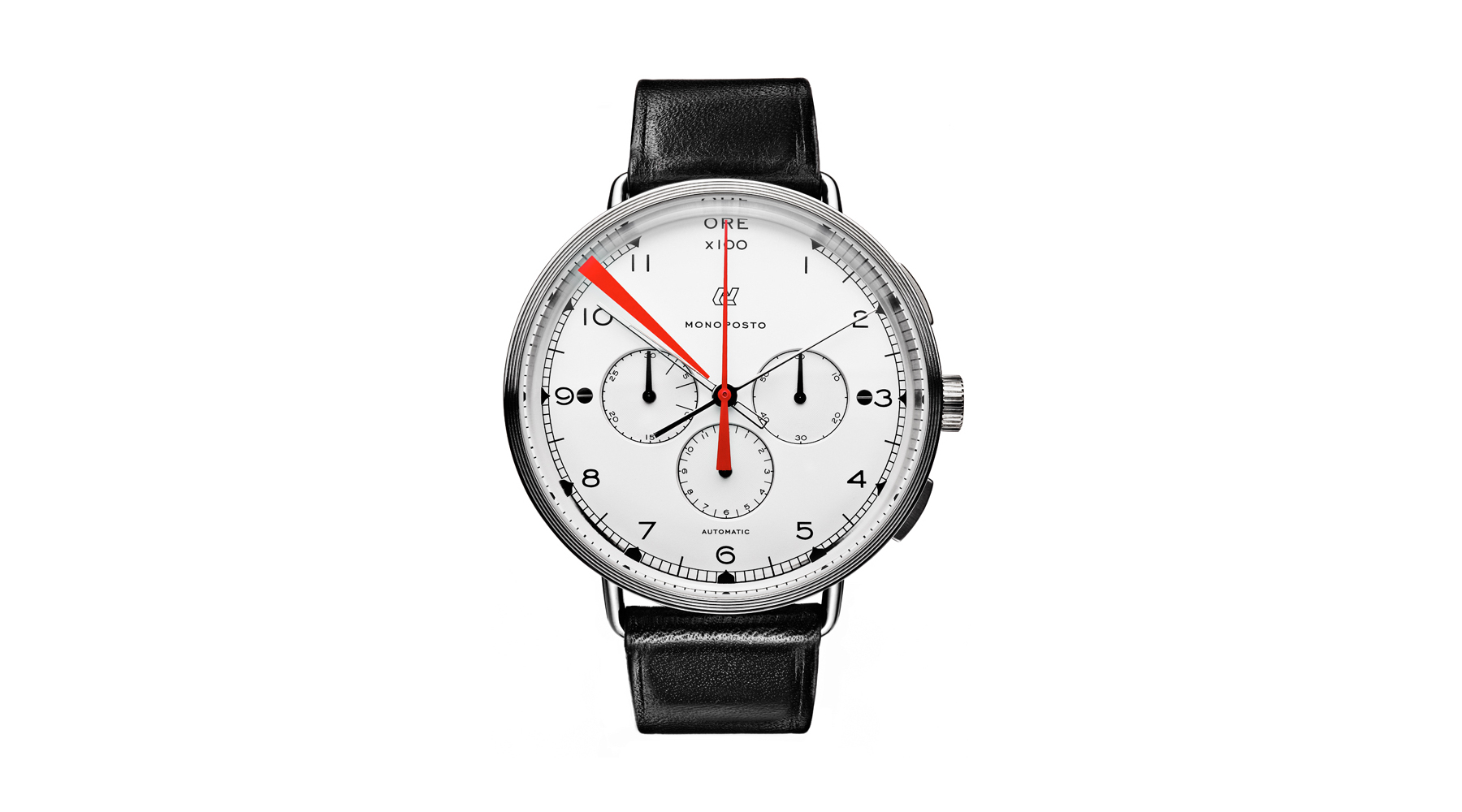