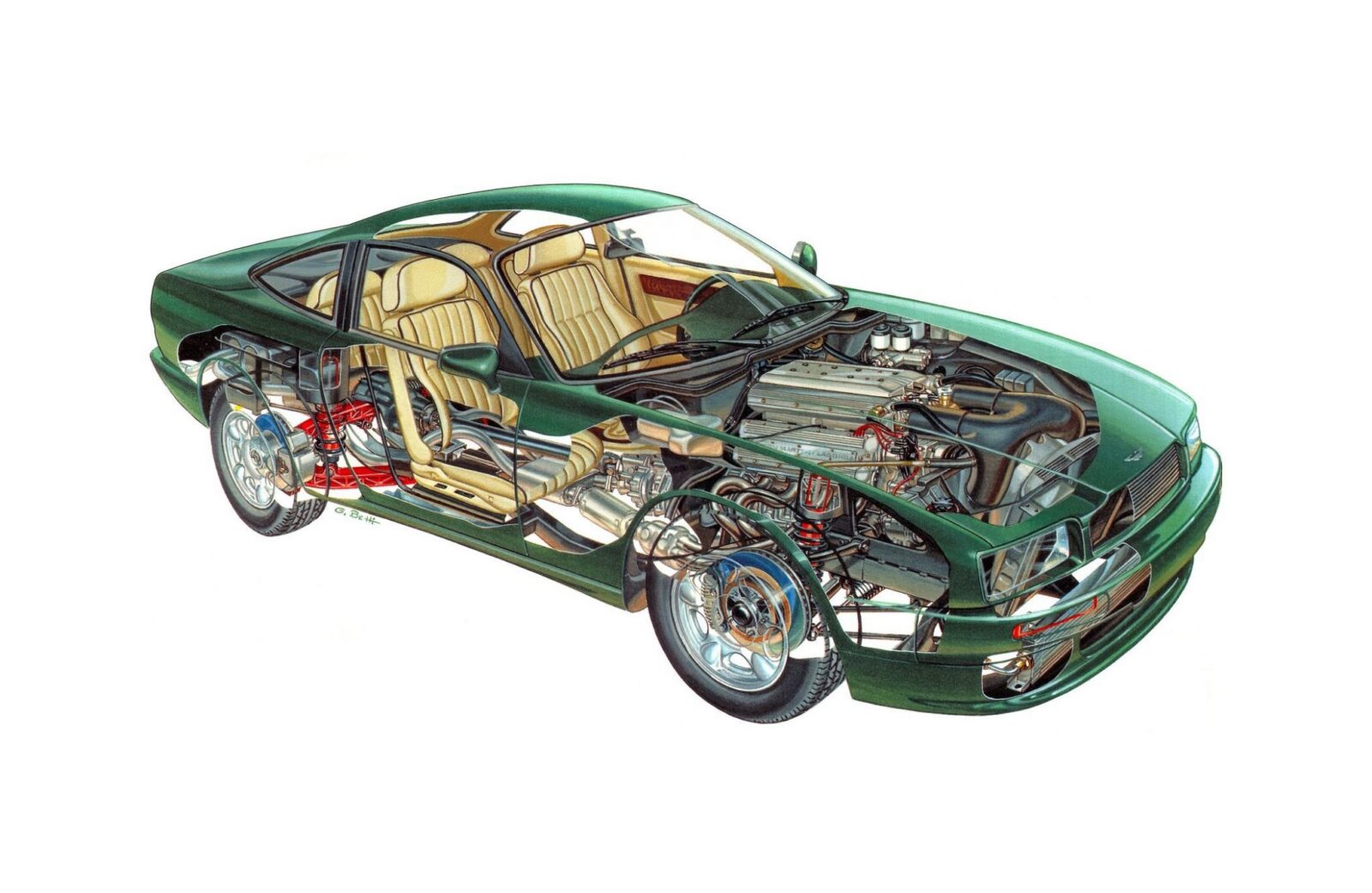 In 1988 at the Birmingham Motor Show Aston Martin introduced their new sports coupe – the Virage. At its heart was a 32-valve 5.3 litre V8 with Callaway-designed heads and Weber-Marelli fuel injection, it was capable of 330 hp and 364 lb ft of torque – putting it very close to supercar performance territory at the time.

The Virage was updated over the course of its production run, which would last from 1989 right through to 2000 when it was replaced with the all-new Aston Martin V8 Vantage. If you’d like to read more about the Virage you can click here, and if you’d like to download the wallpaper sized cutaway you can click the image below. 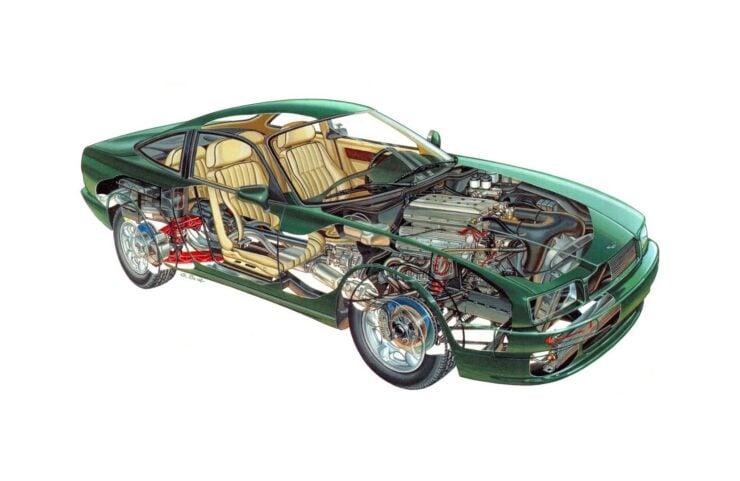 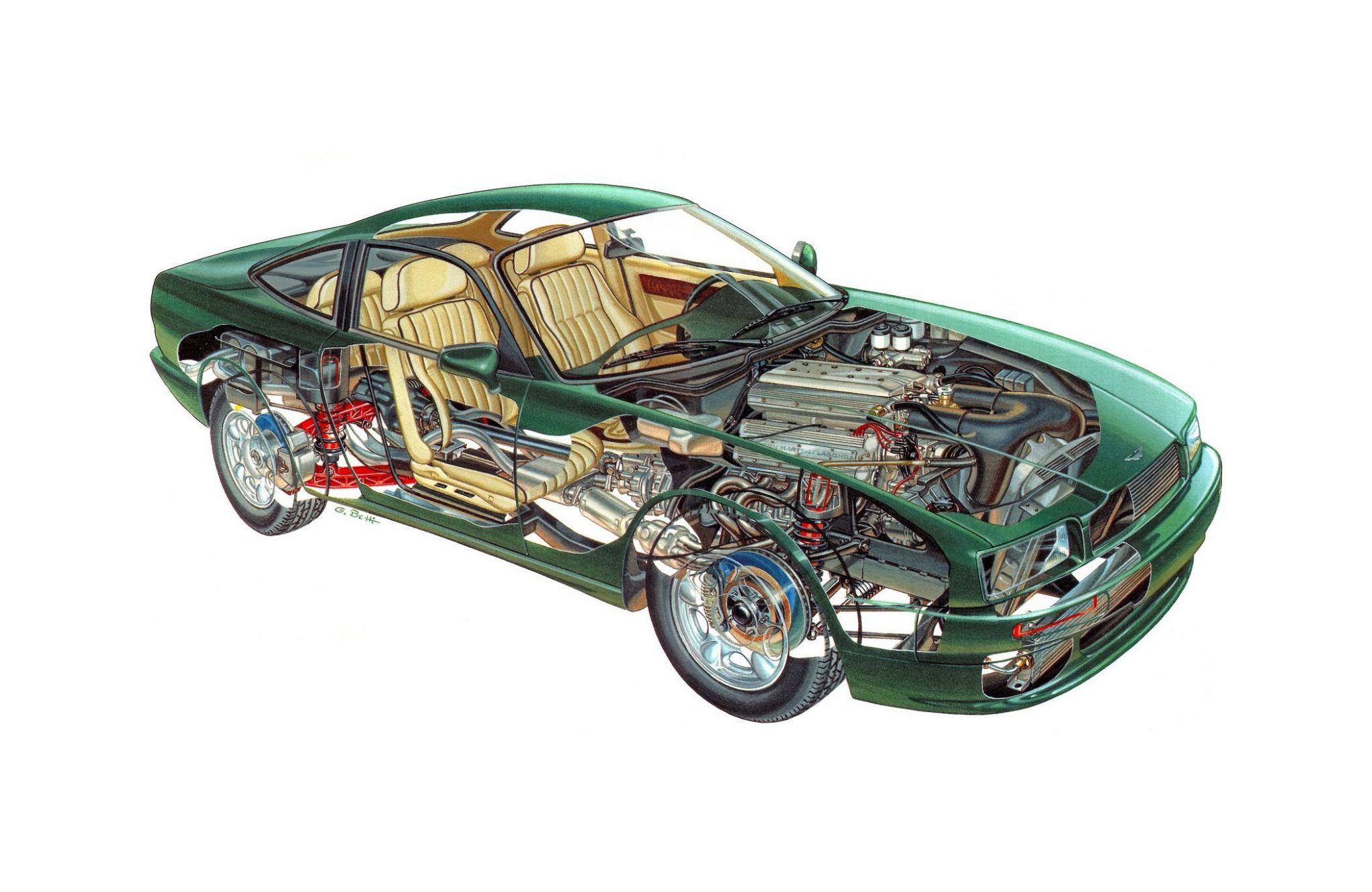