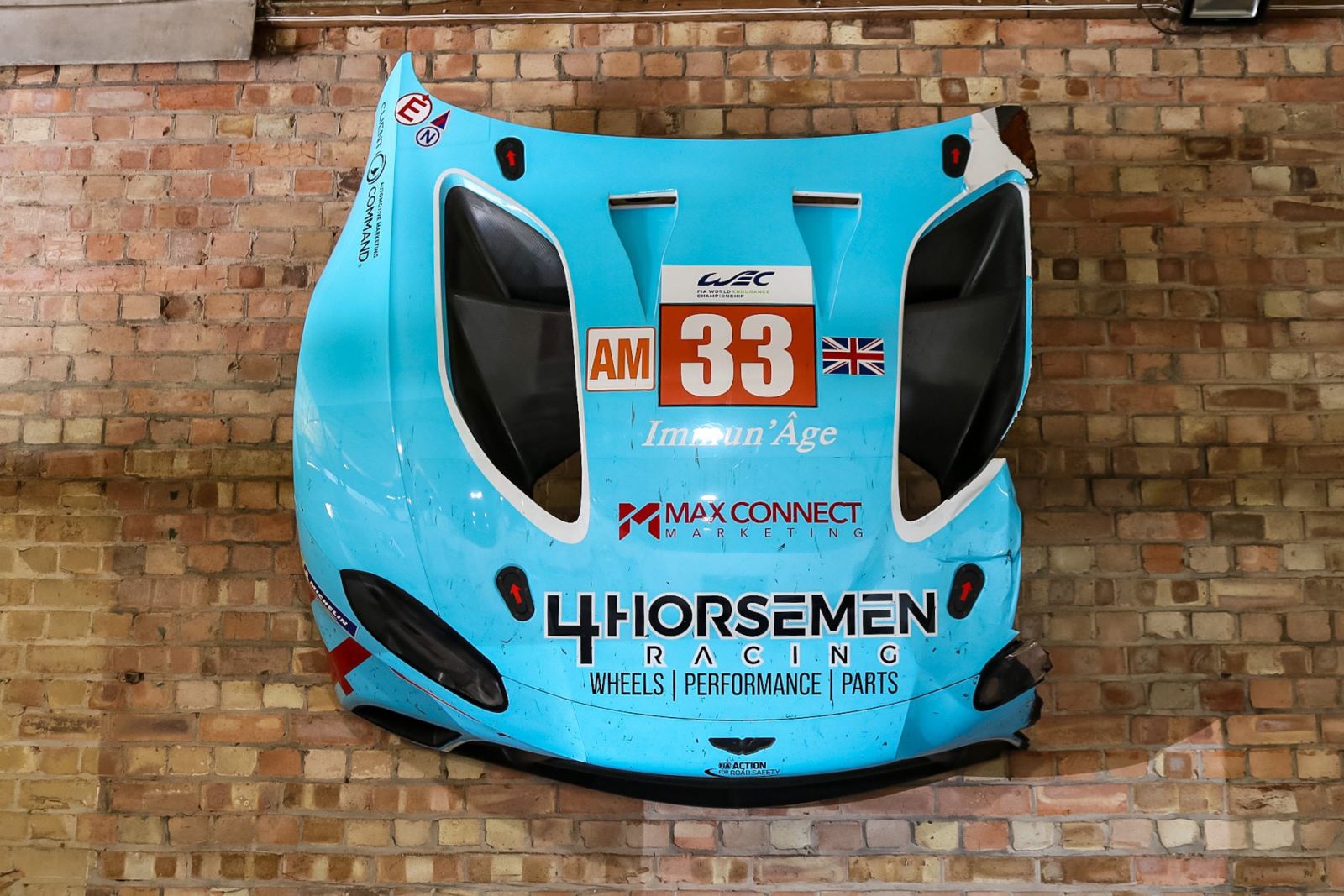 This is the hood, or bonnet, from TS Sport Aston Martin Vantage GTE racing car #33. As you can see it was badly damaged down the left side when a high speed puncture resulted in parts of the tire tearing apart the carbon fiber bodywork.

The incident occurred at the Monza circuit in July 2021 during the FIA World Endurance Championship, with racing driver Ben Keating at the wheel. After the incident the Prodrive-built GTE bonnet and bumper were professionally riveted together to create a one-piece display item. 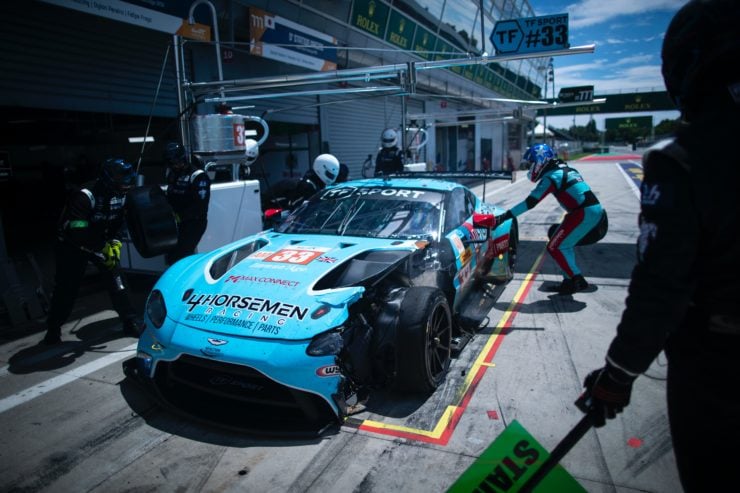 A tire failure at the Monza circuit in July of 2021 during the FIA World Endurance Championship resulted in significant body work damage on the left front of the car.

Inside the hood you’ll find steel tubing that has been used to create a mounting bracket, this allows the piece to be attached to the wall for display. The original racing livery is still in place, as is the significant damage from the blow out, a testament to the occasionally violent nature of motor racing.

The Aston Martin V8 Vantage GTE was developed alongside the road-going Aston Martin Vantage (2018+ version). It’s powered by the turbocharged Mercedes AMG M177 4.0 liter all aluminum-alloy, 32 valve 90° V8. It has a bonded aluminum chassis with carbon fibre panels, and double wishbone suspension with 5-way adjustable Ohlins dampers front and back.

This hood is now being sold online in a live auction through Collecting Cars, if you’d like to read more about it or register to bid you can visit the listing here. 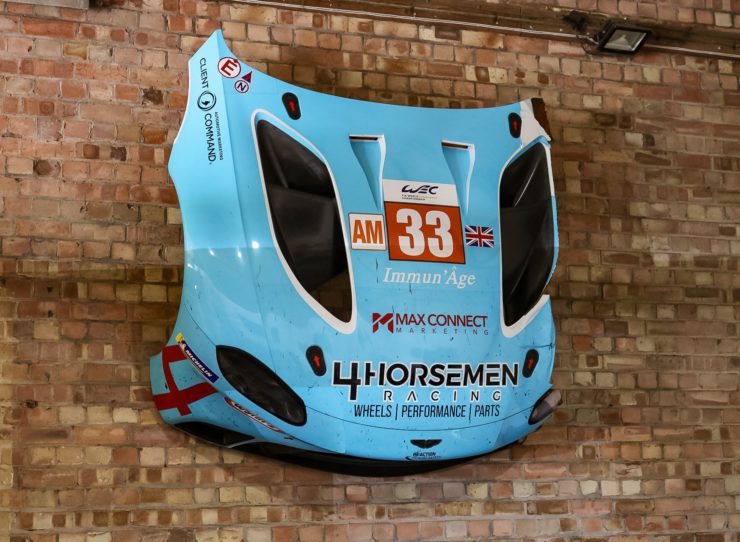 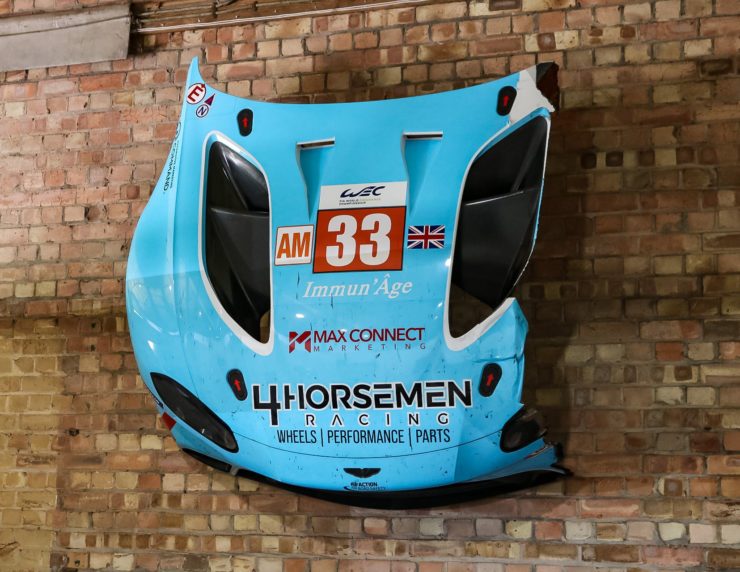 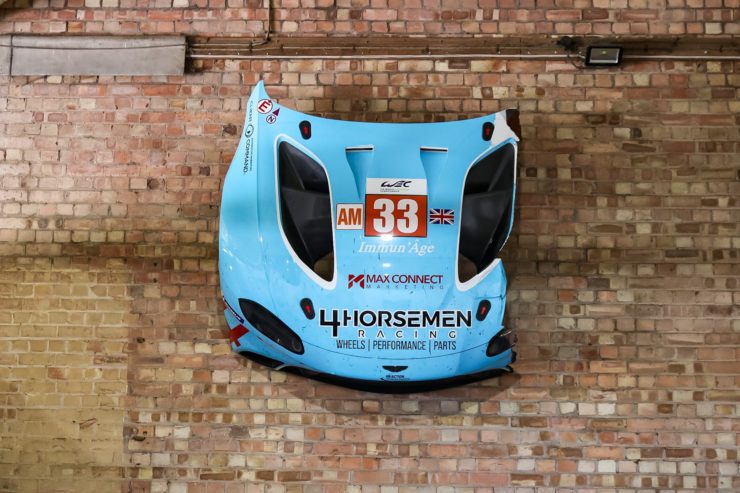