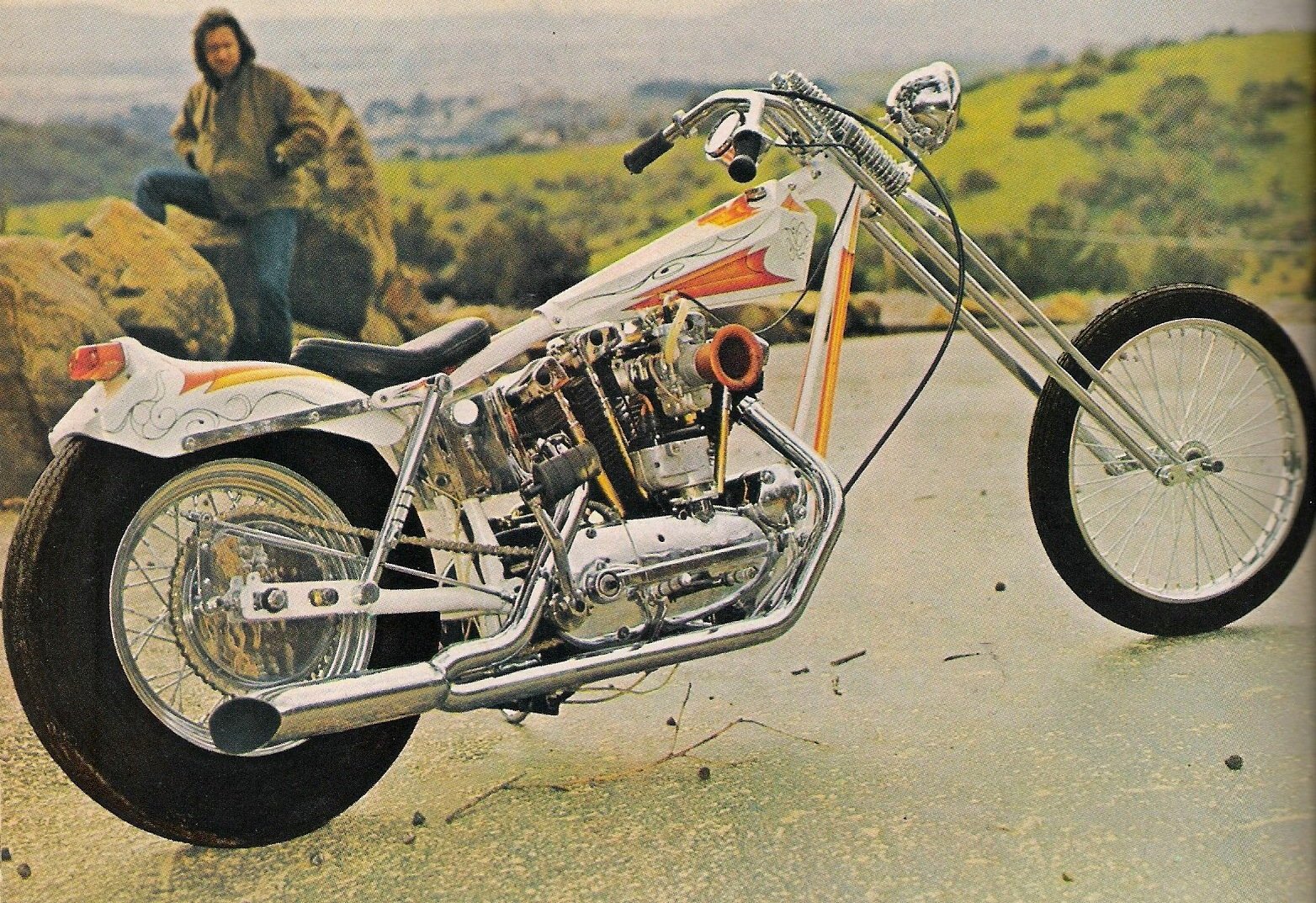 I’m not usually a chopper fan, but there’s just something about the original choppers from the 60’s and 70’s that appeals to me. Arlen Ness is one of the most iconic chopper builders out there and this is one of his builds from the mid-70’s (and that’s him in the background).