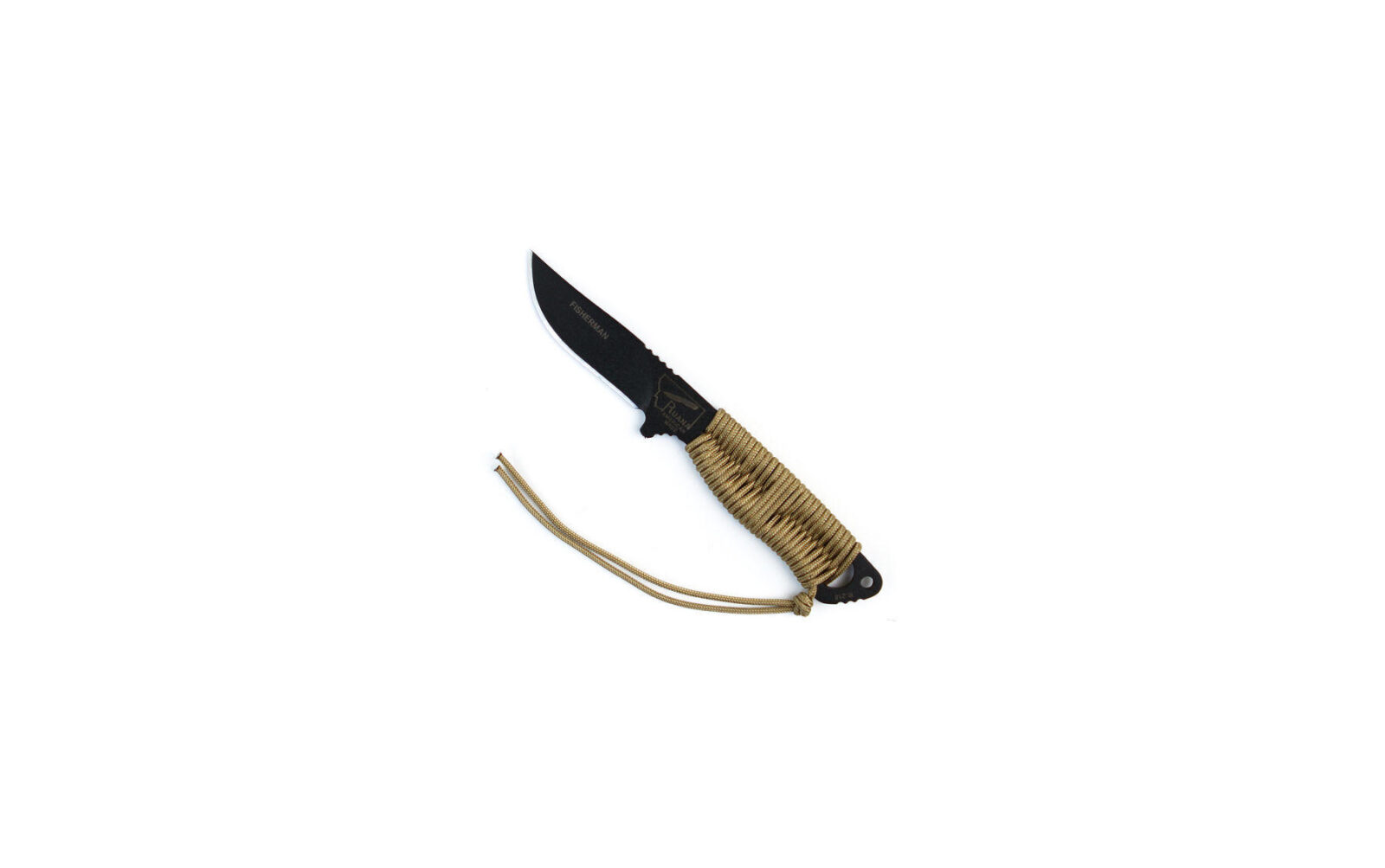 The Americana Fisherman Knife is an American made fishing, hunting and survival blade made by Ruana Knives. Each is made from 1095 high carbon steel and has a handle wrapped with 7 feet of high-strength paracord for use in emergency situations.

The blade is finished to a Rockwell hardness rating of 56 to 58, it’s protected with black traction coating and measures 7.25 inches. 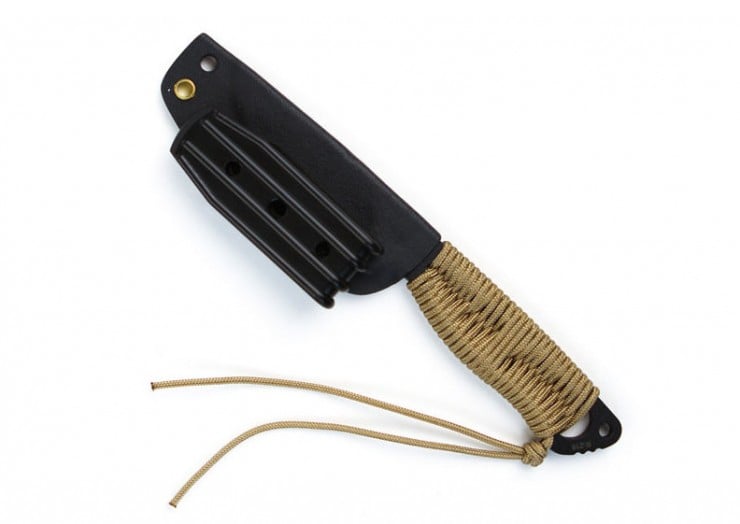 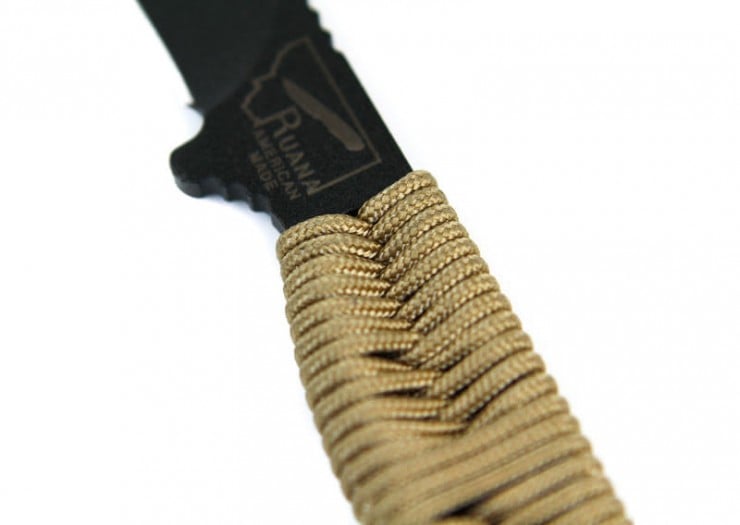