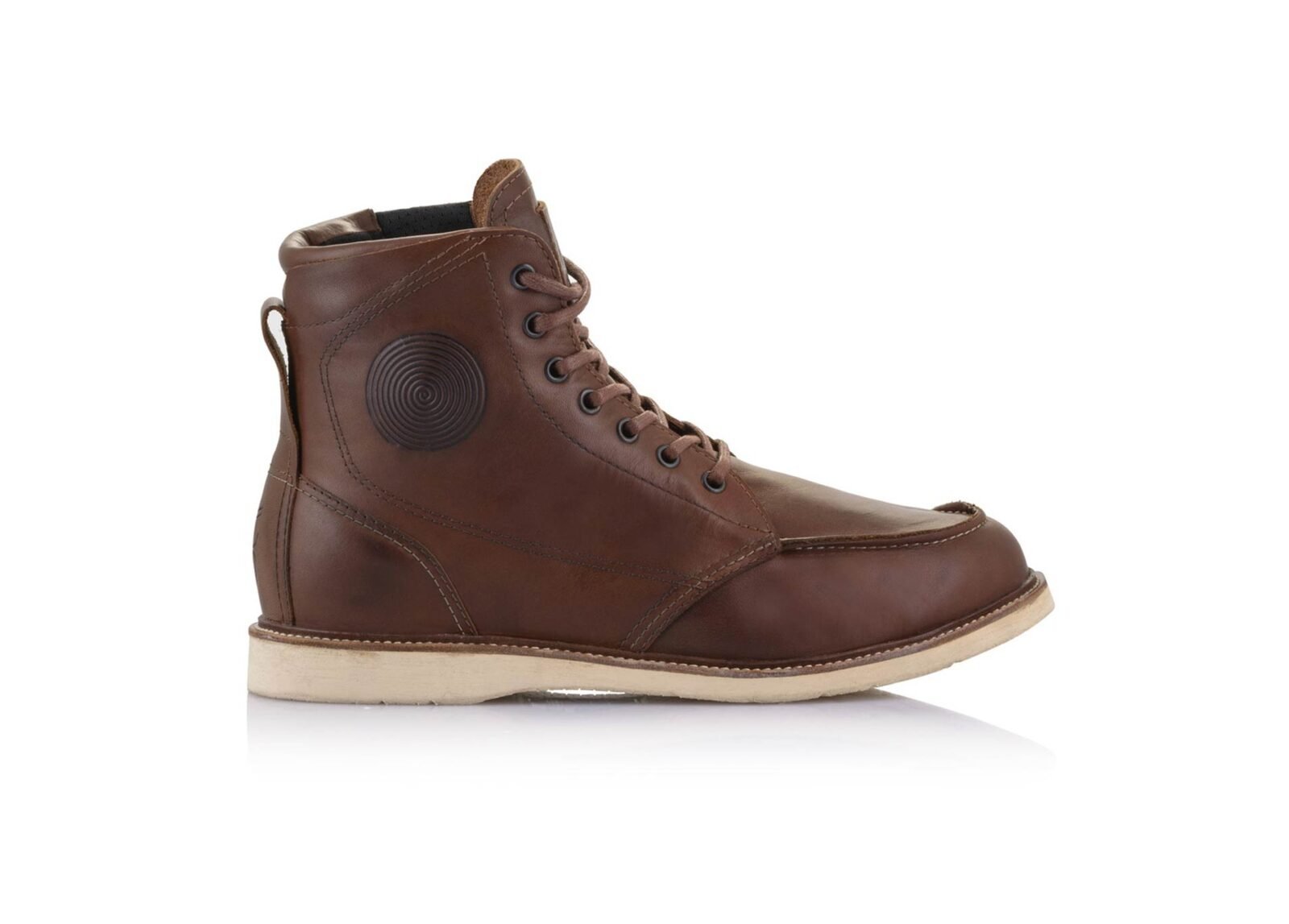 As the name suggests, the Alpinestars Oscar Monty V2 Boots are the second generation of the popular Monty Boots from the highly-regarded Italian motorcycle and motorsport  gear manufacturer.

The V2 Oscar Monty Boot follows in the footsteps of its predecessor, both are designed as urban motorcycle boots that offer a good level of protection as well as plenty of comfort and the ability to walk in them all day if needs be.

There’s always some level of compromise when it comes to motorcycle boots, on one end of the spectrum you have full race boots that offer excellent protection but are exceedingly difficult to walk in.

On the other end of the scale are boots like the Oscar Monty V2s, they’re designed to provide a good level of protection for normal urban riding while still being suitable for wearing around town without hobbling.

The Alpinestars Oscar Monty V2 Boots have a traditional lace-up front to allow you to choose how tight or loose you want them to fit – you then use the quick entry size zipper to put the boots on and take them off while keeping laces in place with the fit you prefer.

These boots have a full 1.4 – 1.6mm cow leather upper, they’re now higher than their predecessors to provide better ankle protection, and they incorporate a dual-density ankle medial and external protective cup.

Alpinestars have given the boots both a standard lace up closure that allows you to tailor the tightness to suit your preference, then you can enter and exit the boots quickly using the size zipper entry without needing to untie and loosen the laces each time.

The boots also have a reinforced heel counter and toe box for additional strength, they also have a wedge outsole and the moc toe modified by Alpinestars to accommodate the shift pedal.

Alpinestars was originally founded in 1963 by Sante Mazzarolo in the northern Italian town of Asolo, in the foothills of the Alps. The company took its name from the English translation for the Stella Alpina (Edelweiss) flower, a small white blossom that covers Alpine mountainsides in the spring, looking like stars in the night sky. 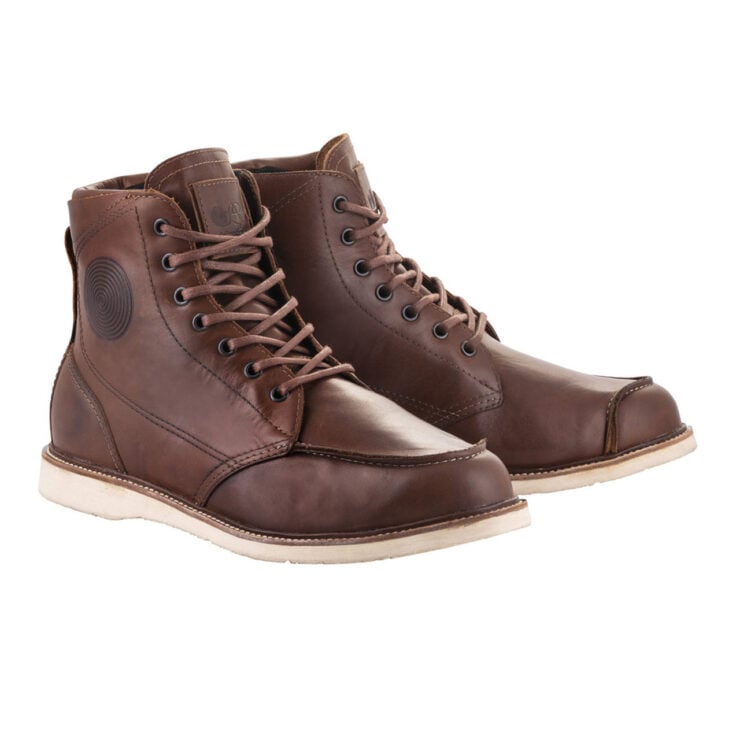 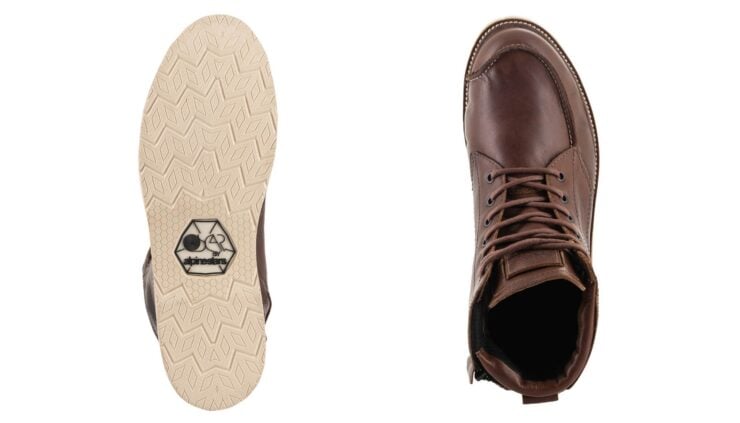