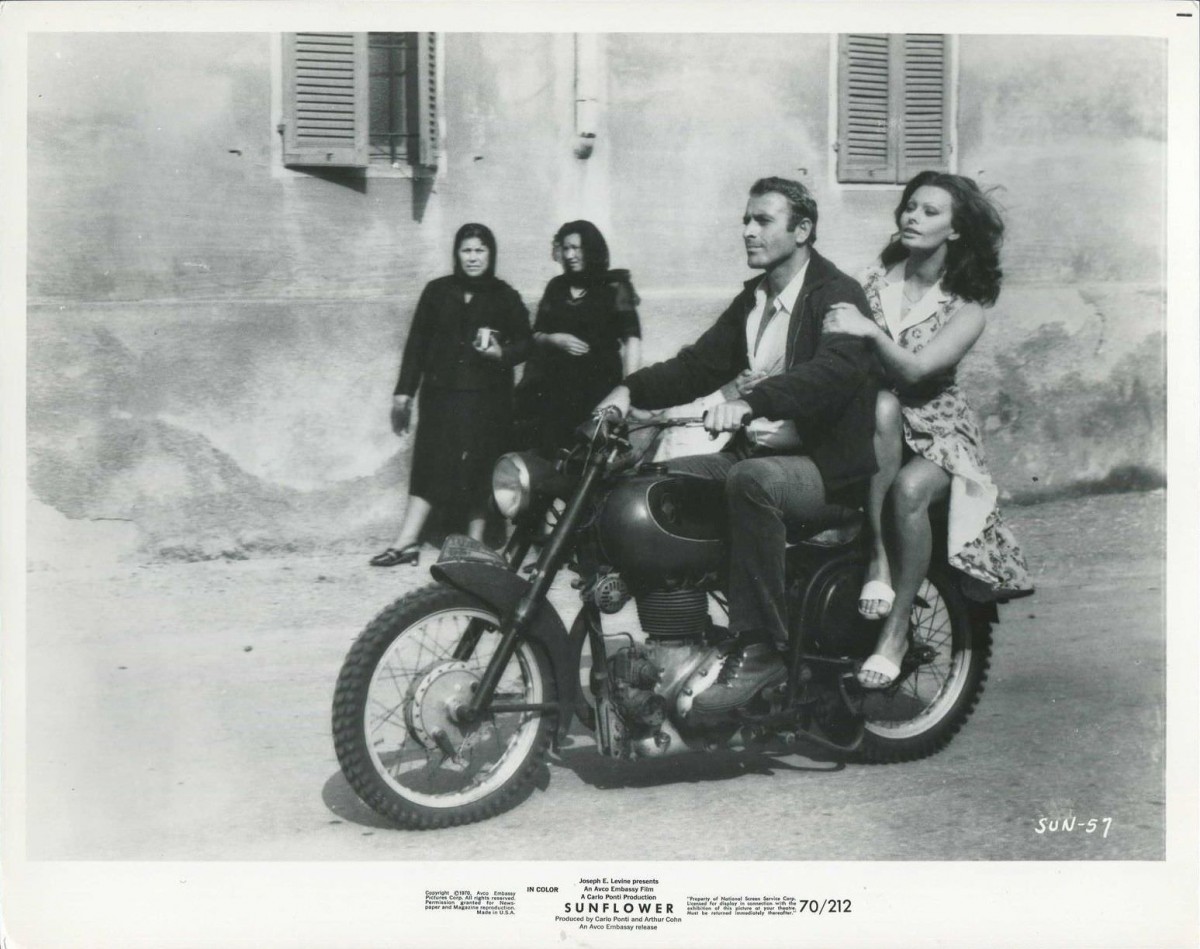 The Italian film Sunflower is best remembered for being the first western movie to be made behind the Iron Curtain, it was partially shot in Russia in 1970 – quite remarkable given the tensions in the area during the era.

The film itself is a tale of unrequited love starring Sophia Loren and Germano Longo, I won’t go into to too much detail as I’m sure most of you haven’t seen it, and you may still want to. The photograph you see above is an original still taken during filming, it’s currently for sale with a Buy It Now of just $17.99 – making it a highly affordable piece of cinema history that’d look great on the mantle.