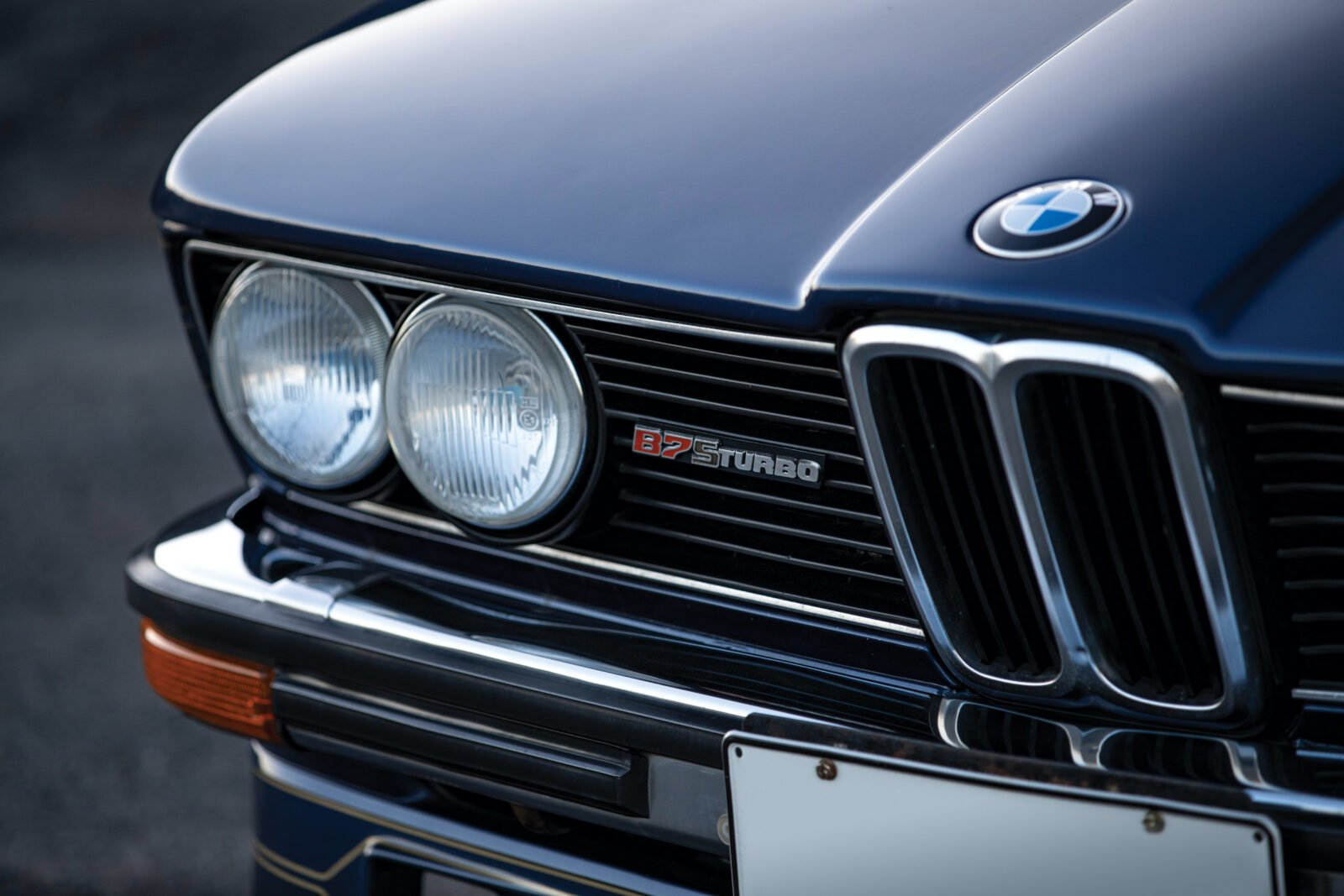 Unusually, Alpina versions of BMW vehicles are so comprehensively modified that they’re actually classed as an automobile maker not just as a tuning company. Each Alpina car carries an Alpina VIN plate, not a BMW VIN plate. 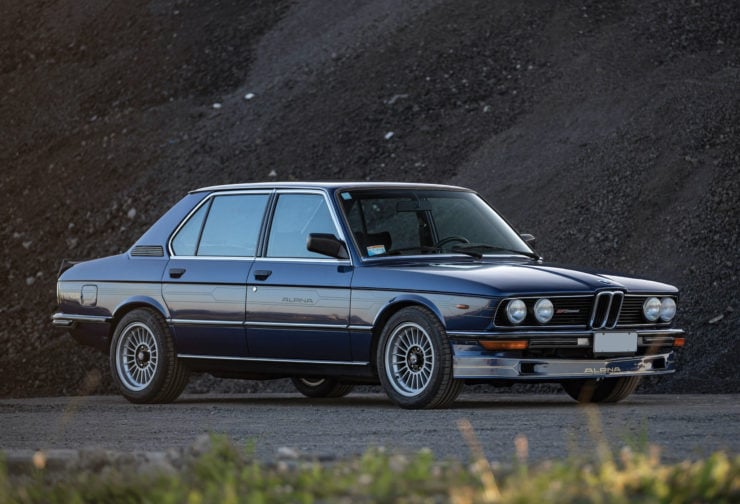 Alpina was founded in 1965 by Burkard Bovensiepen, but the automotive company history can be dated back to 1962 when they developed a Weber dual carburettor kit for the BMW 1500. Although the company had originally been founded to manufacture typewriters, the automotive performance kits quickly took over, typewriter production ceased and today very few people even know this is how Alpina started out.

Alpina offers a series of high-end modified BMWs for sale, typically you can recognise them from a distance thanks to the signature alloy wheels the company uses as well as the decal kits. Alpina cars are serviceable at all BMW dealers and select BMW dealers sell Alpina cars right off the showroom floor next to BMW and BMW M models.

The Alpina B7 S Turbo

The Alpina B7 S Turbo was a lightning quick sedan, it could outpace the popular Ferrari 308 GTB and do it with four doors, five seats, plenty of trunk space, and a luxurious interior. The model is rare, just 60 of them were built between November 1981 and May 1982, and today they’re highly sought after.

The modifications Alpina made to the BMW 528i (E12) were significant. The 3.5 litre inline six was comprehensively rebuilt with stronger internals to accomodate the boost from a KKK K27 turbocharger. A new AFT ignition system was installed, and it was fitted with a bespoke exhaust. From the factory the B7 S Turbo was capable of 330 bhp and 500 Nm of torque (approximately 368 ft lbs). 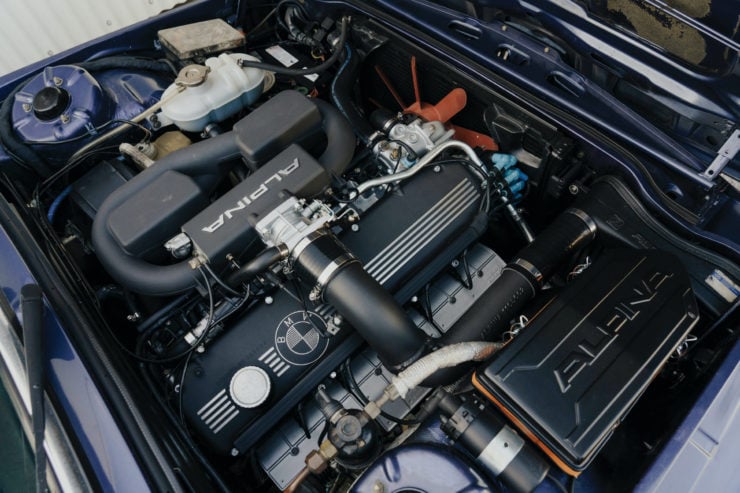 The original Getrag gearbox was replaced by a stronger ZF 5-speed capable of handling the significantly increased horsepower and torque.

Outside the engine bay the B7 S Turbo was fitted with front and rear spoilers, the classic Alpina alloy wheels, as well as Alpina badging and decals. Inside the car benefits from bespoke Alpina seats, a signature steering wheel and shifter knob, and three additional gauges in the interior including a boost gauge for that KKK K27 turbocharger.

The car also inherits the air conditioning system, AM/FM cassette stereo, and a slew of other luxurious appointments from its BMW donor. If you’d like to read more about this Alpina or register to bid on it you can click here to visit the listing on RM Sotheby’s. 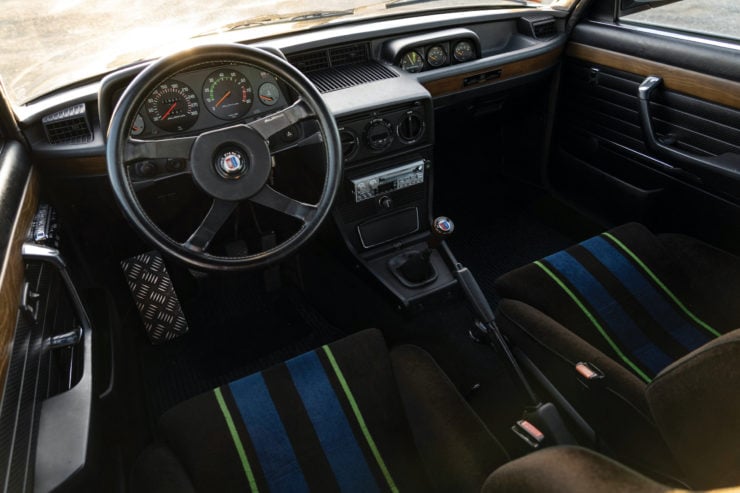 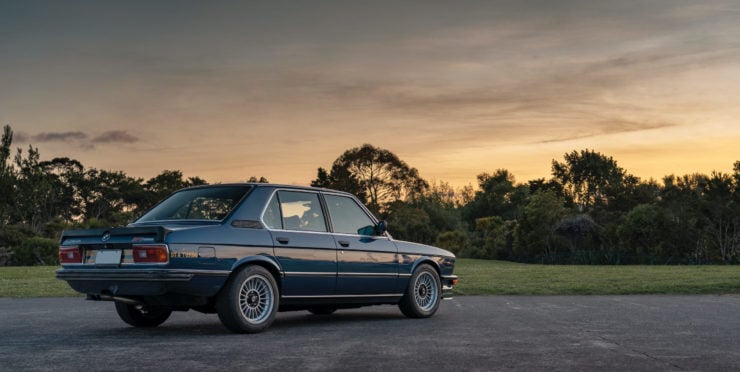 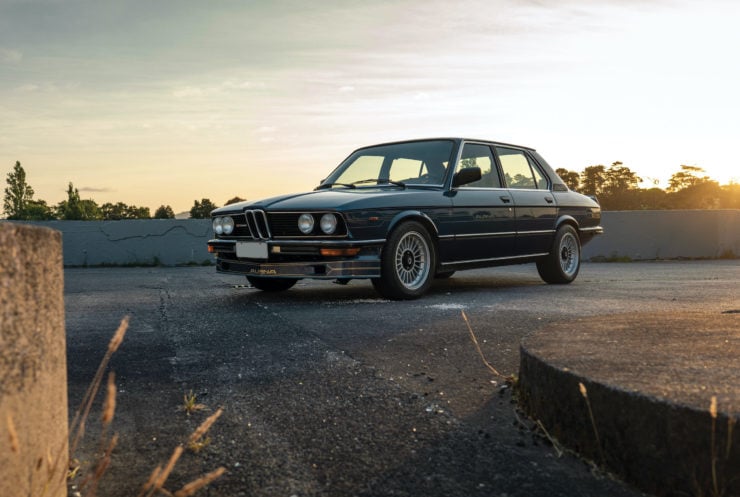 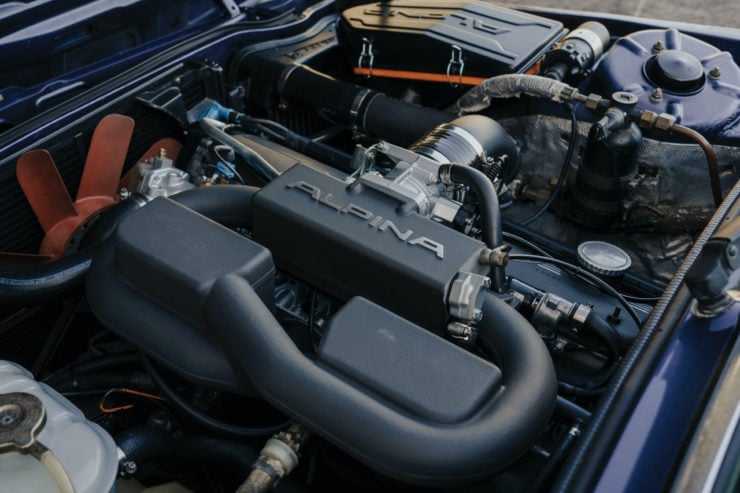 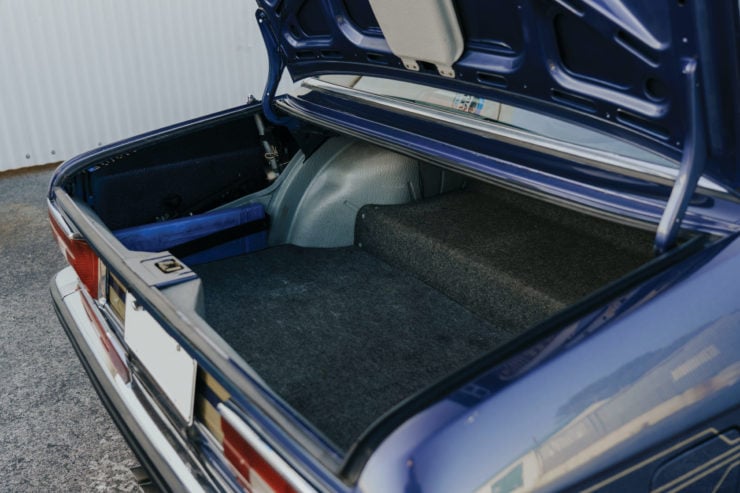 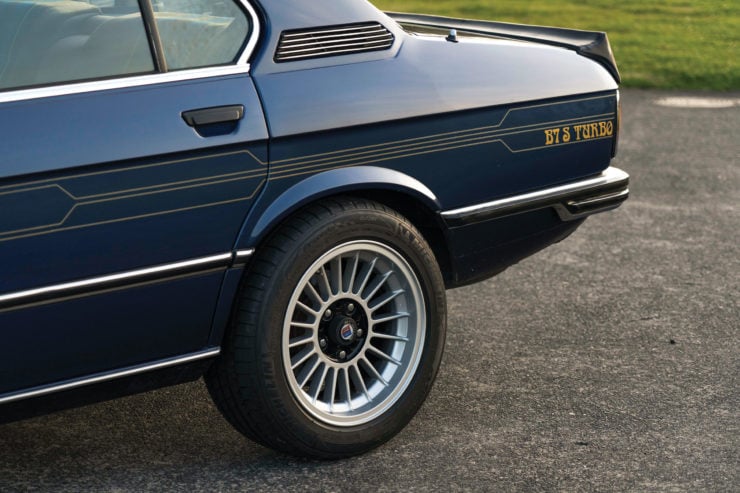 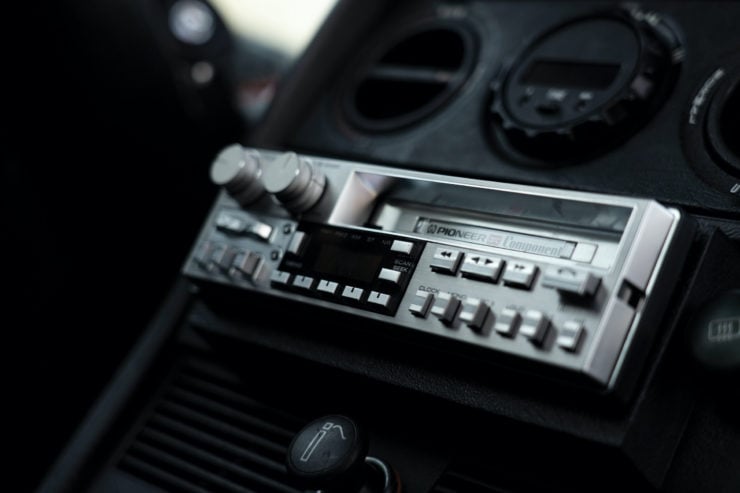 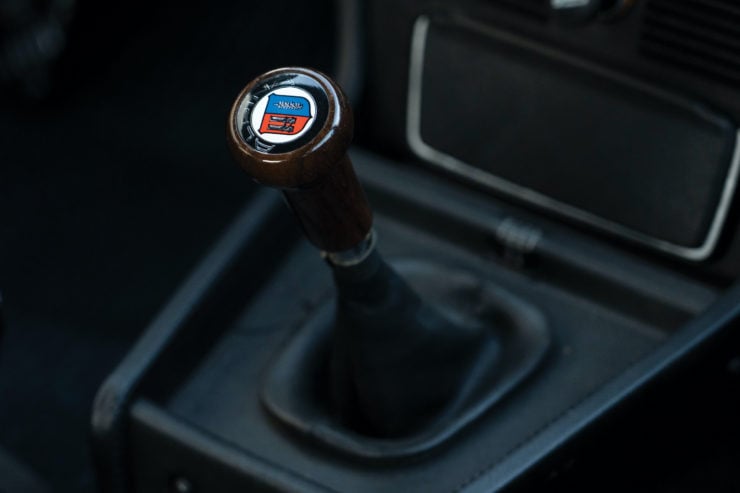 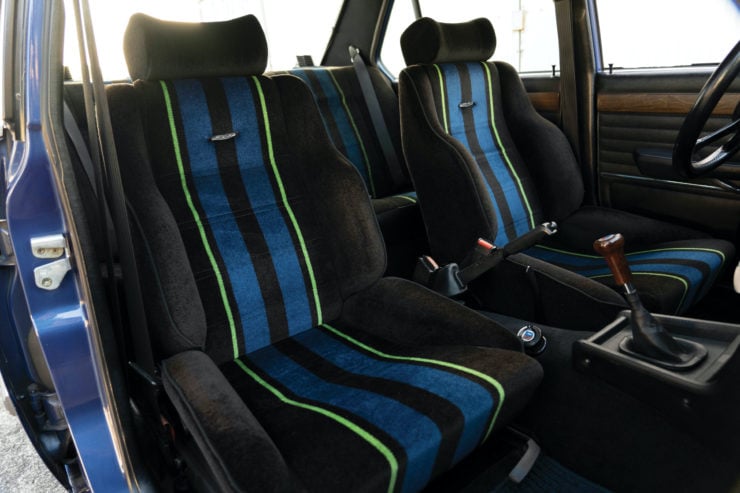 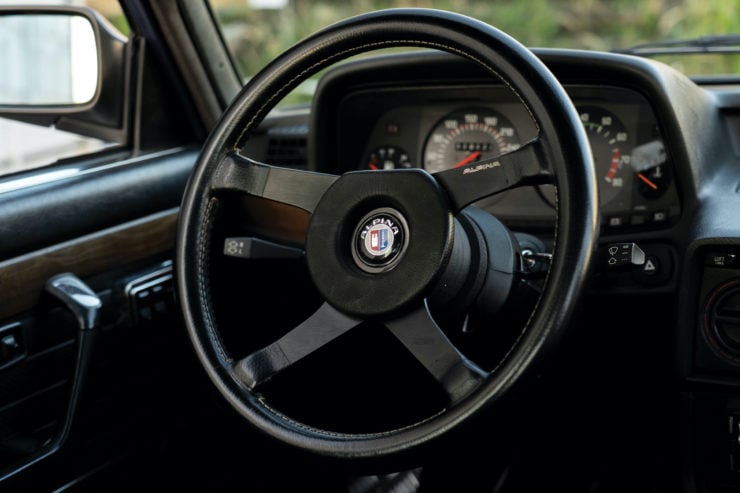 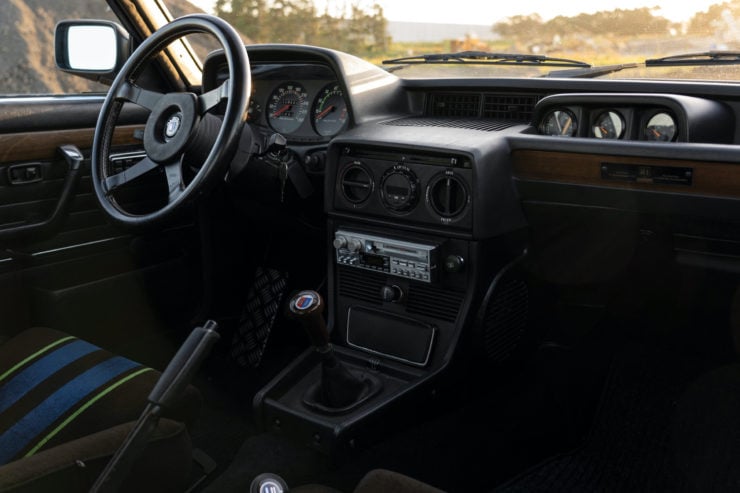 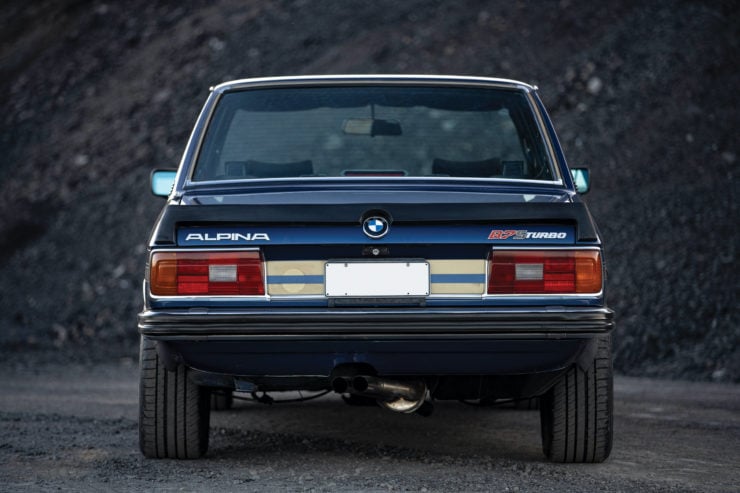 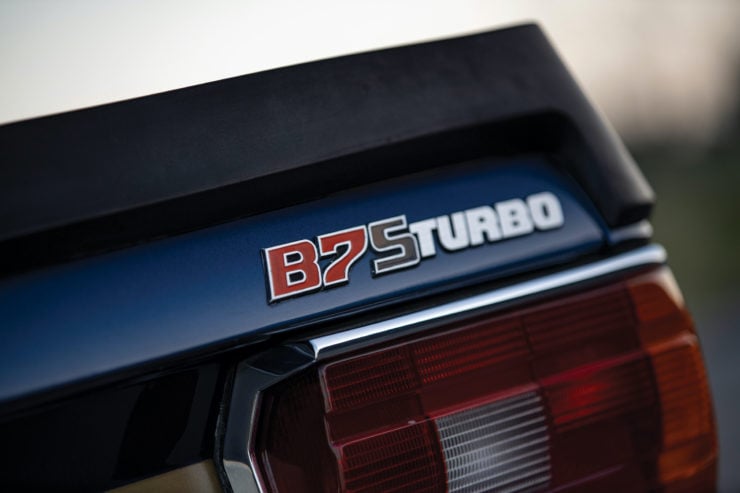 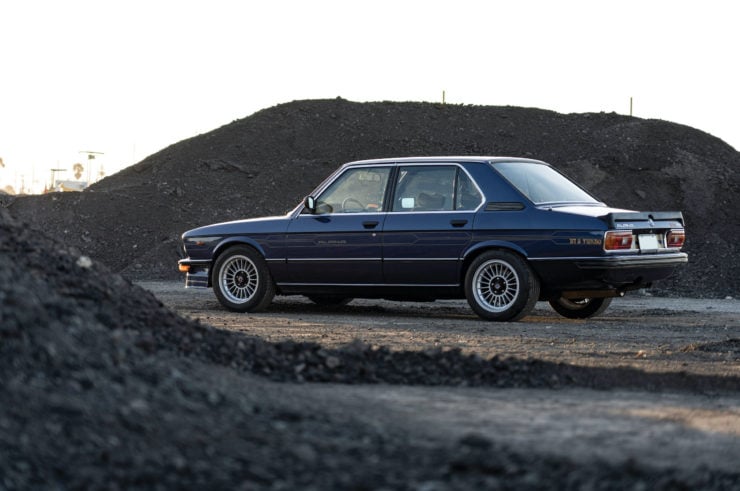 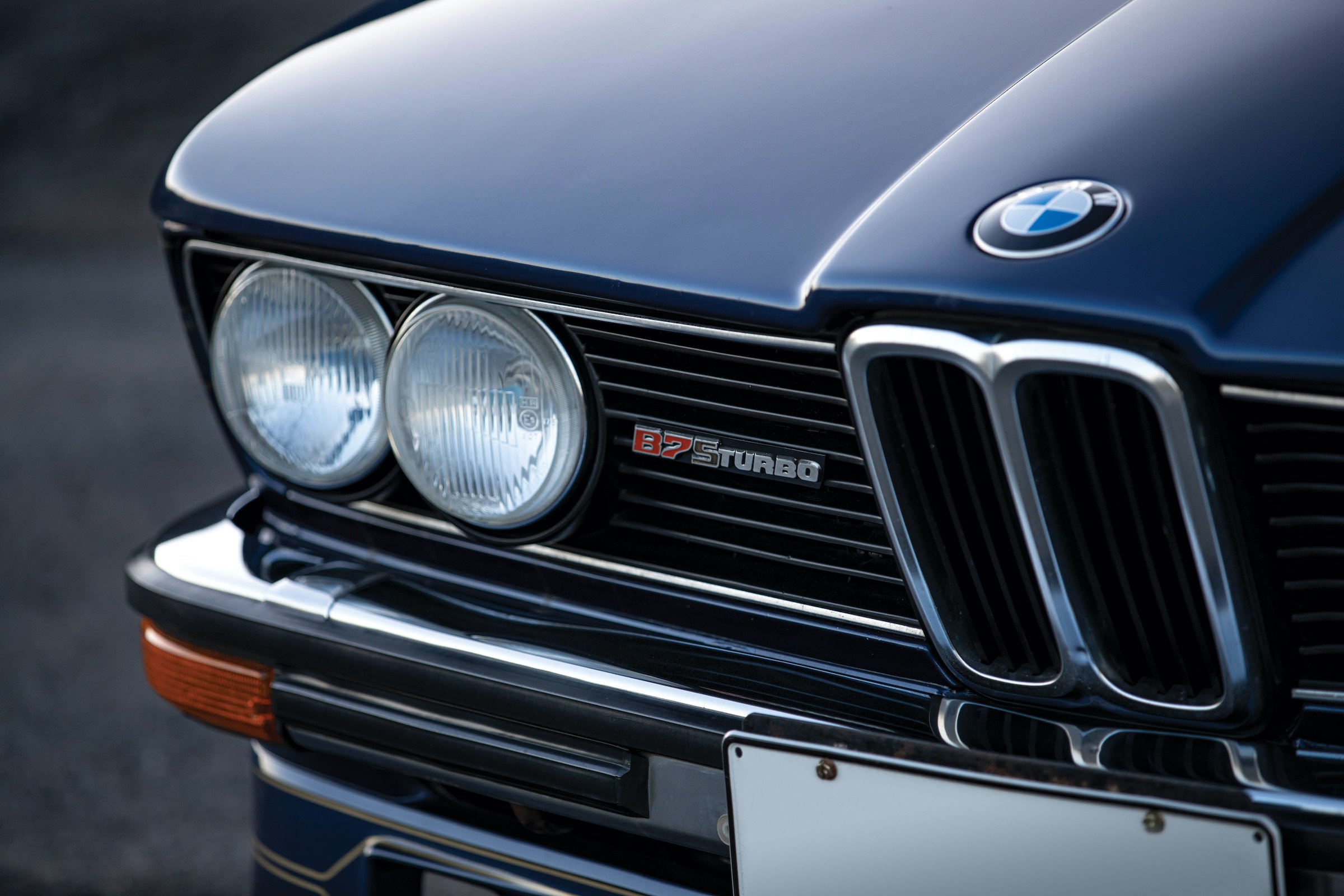