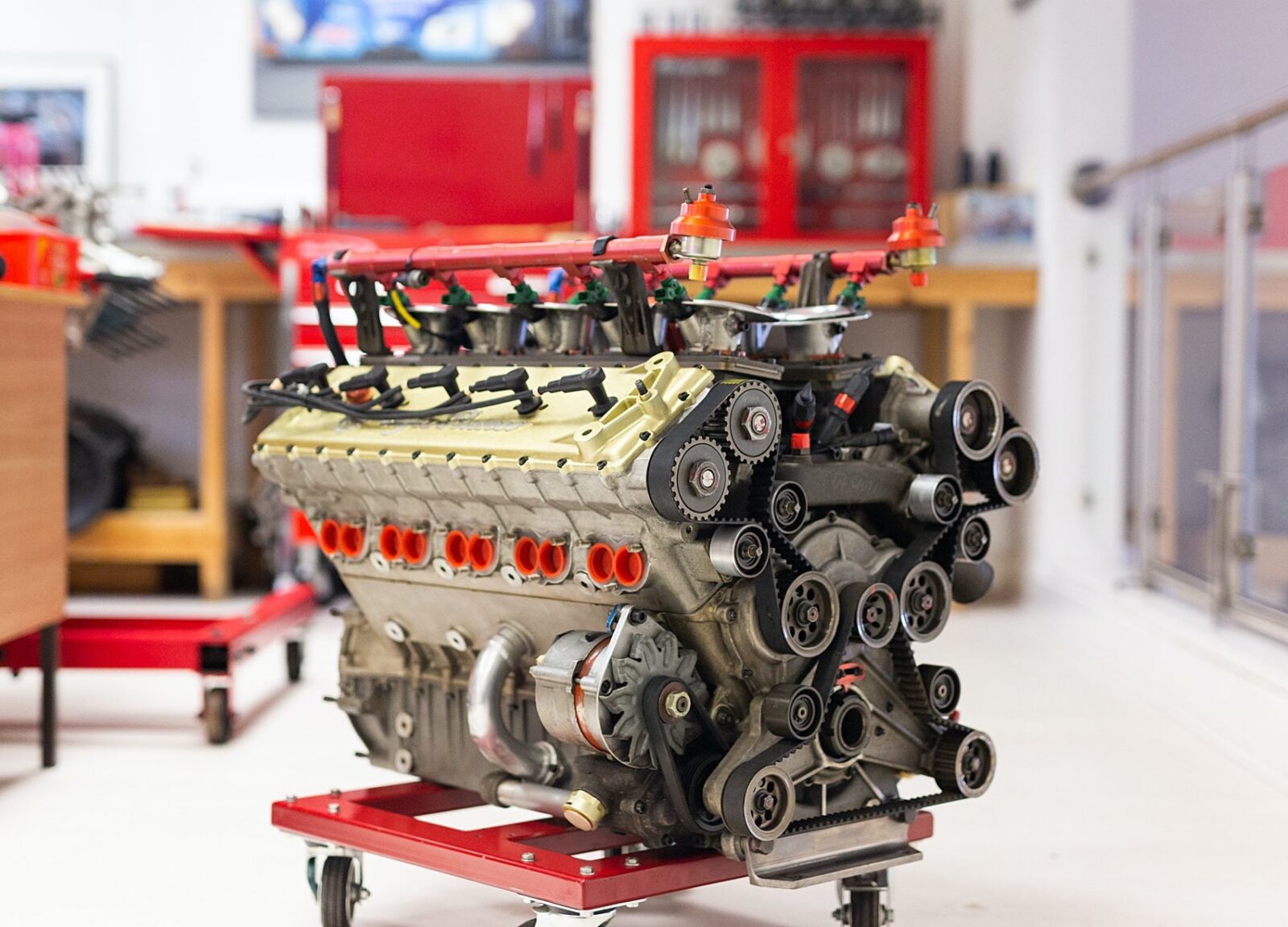 This engine was originally designed in the mid-1980s by Pino D’Agostino to power the Ligier F1 cars, however disagreements between Ligier and Alfa Romeo stopped the joint project in its tracks.

This left the engine with no where to go but rather than being relegated to the scrap heap of history the engine had a second life of sorts as the power unit used in the unusual Alfa Romeo 164 Pro-Car.

The Alfa Romeo 164 Pro-Car is a silhouette race car based on the looks of the regular production 164 saloon car, however under the lightweight outer shell was a space frame chassis accommodating a mid-mounted Formula 1 engine.

There had been plans afoot to create a new Pro-Car racing series with manufacturers building sillouette racers with Formula 1 engines based on their more staid production cars, however in the end Alfa Romeo was the only one to sign up.

The Pro-Car racing series was planned to be a global event that travelled the world as a support race for Formula 1. Looking back on it now it seems a shame it never happened, by the looks of the performance of the Alfa Romeo 164 Pro-Car in the video below the racing would have been incredible.

Above Image: This short video clip shows the completely insane Alfa Romeo 164 Pro-Car. Outwardly it looks like a normal 164 but under the hood lies a V10 F1 engine capable of sending the car to over 200 mph.

The Alfa Romeo V1035 V10 has a swept capacity of 3.5 liters, double overhead cams per bank, four valves per cylinder, and it was rated at 620 bhp at 13,300 rpm with 250 lb ft of torque at 9,500 rpm. We’ll never know how the V1035 would have performed in the post-turbo Formula 1 era, although on paper at least it looked like a very close match for the other engines of the time.

It’s hard to know what a person would do with an engine like this after buying it, though there is no shortage of options – from buying a period Ligier F1 car and building the Ligier/Alfa Romeo car that could have been, to building as mid-engined Giulia Sprint GT Veloce just because you can.

The engine you see here is currently being auctioned by Collecting Cars, they explain in the listing that this engine has has been kept in storage with Alfa Romeo until very recently. Technicians have performed a recent inspection, concluding that this V1035 has had very little use, as it retains the original cross-hatching in the cylinders. It has also passed a leak-down test, and appears to be in excellent order.

If you’d like to read more about it or register to bid you can click here to visit the listing. At the time of writing the bidding is sitting at £500 with five bids cast and six days left on the auction. 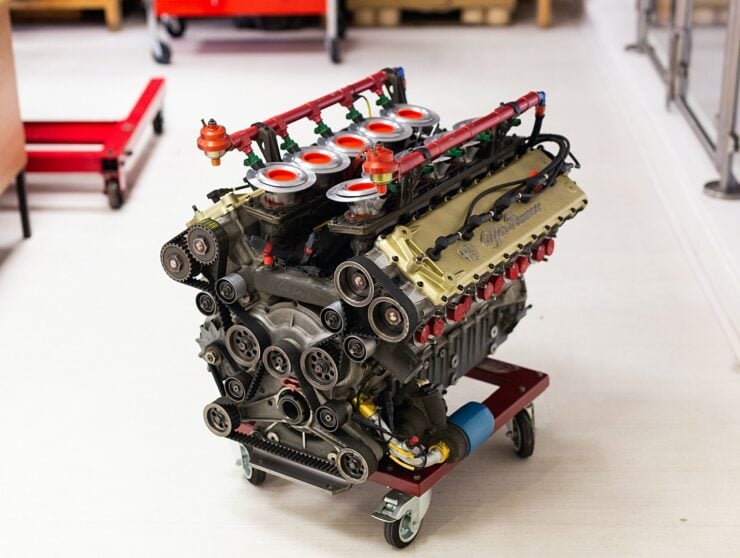 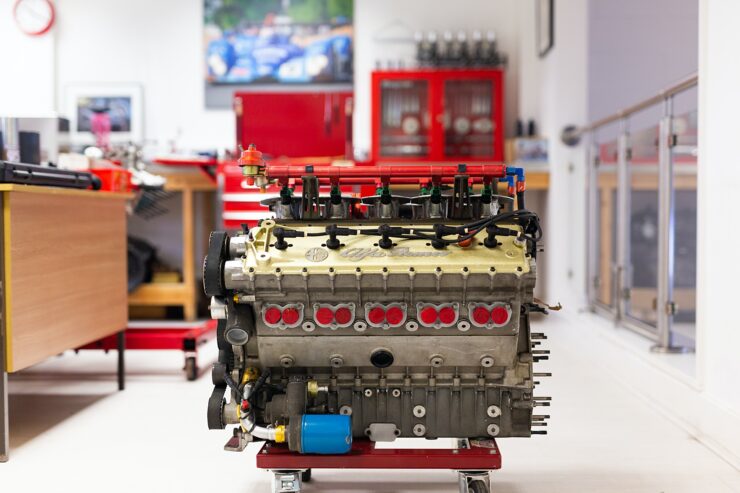 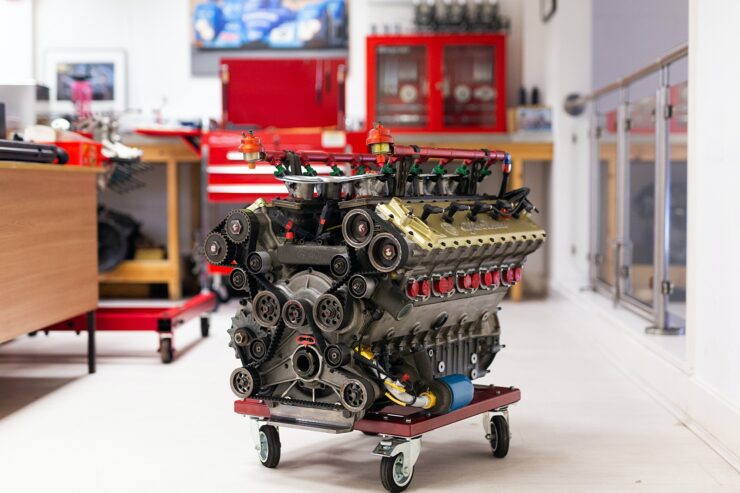 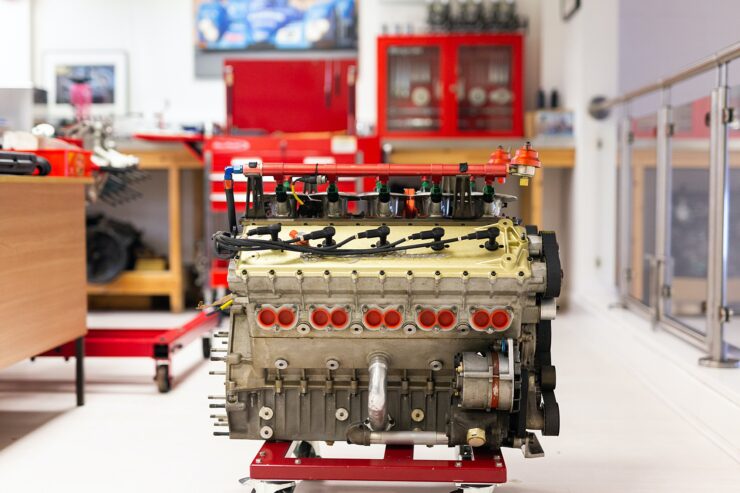 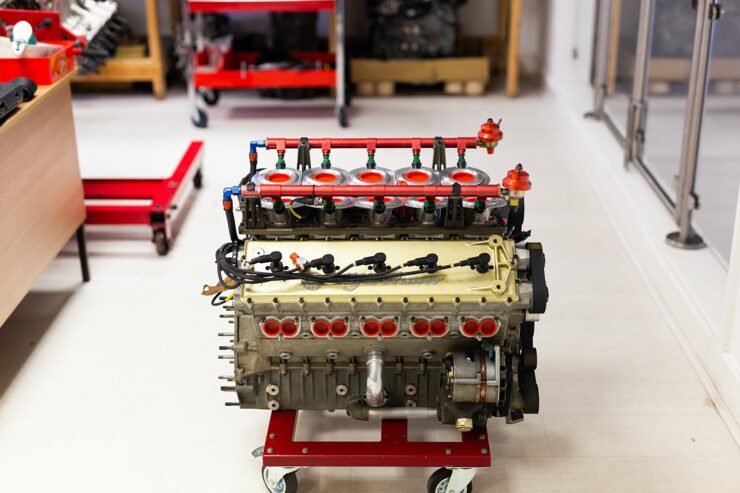 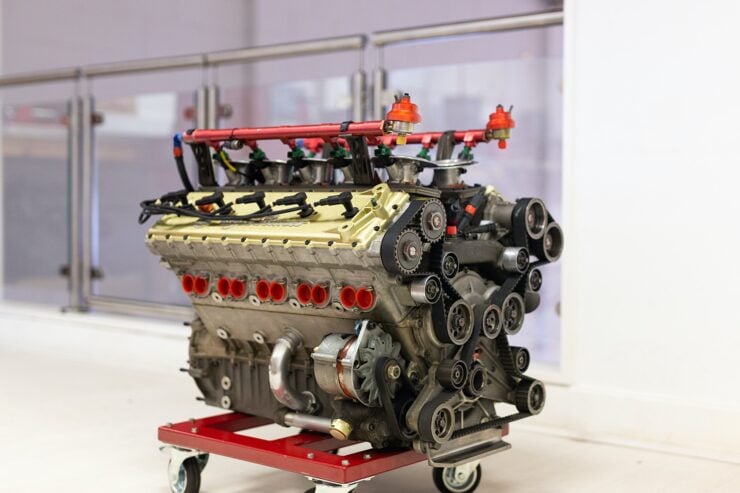 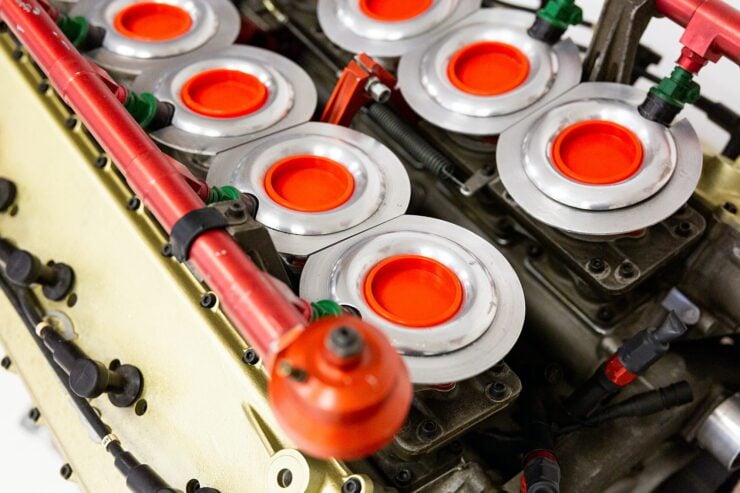 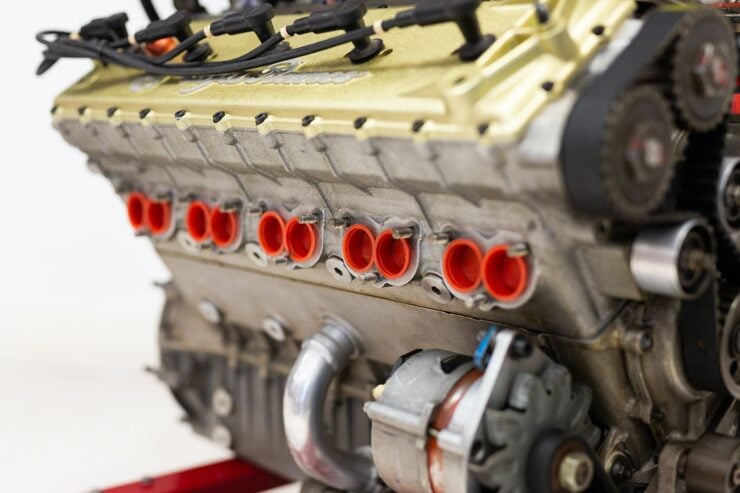 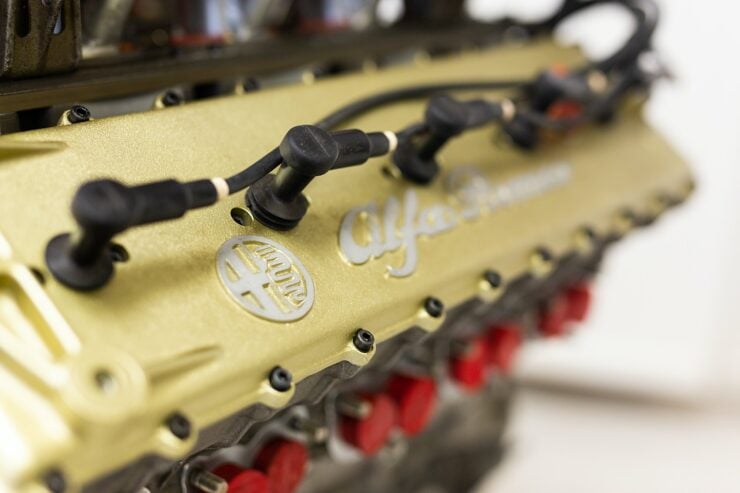 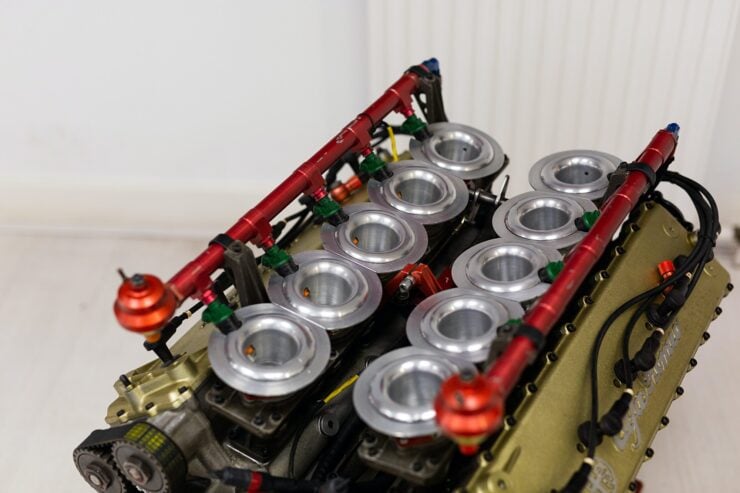 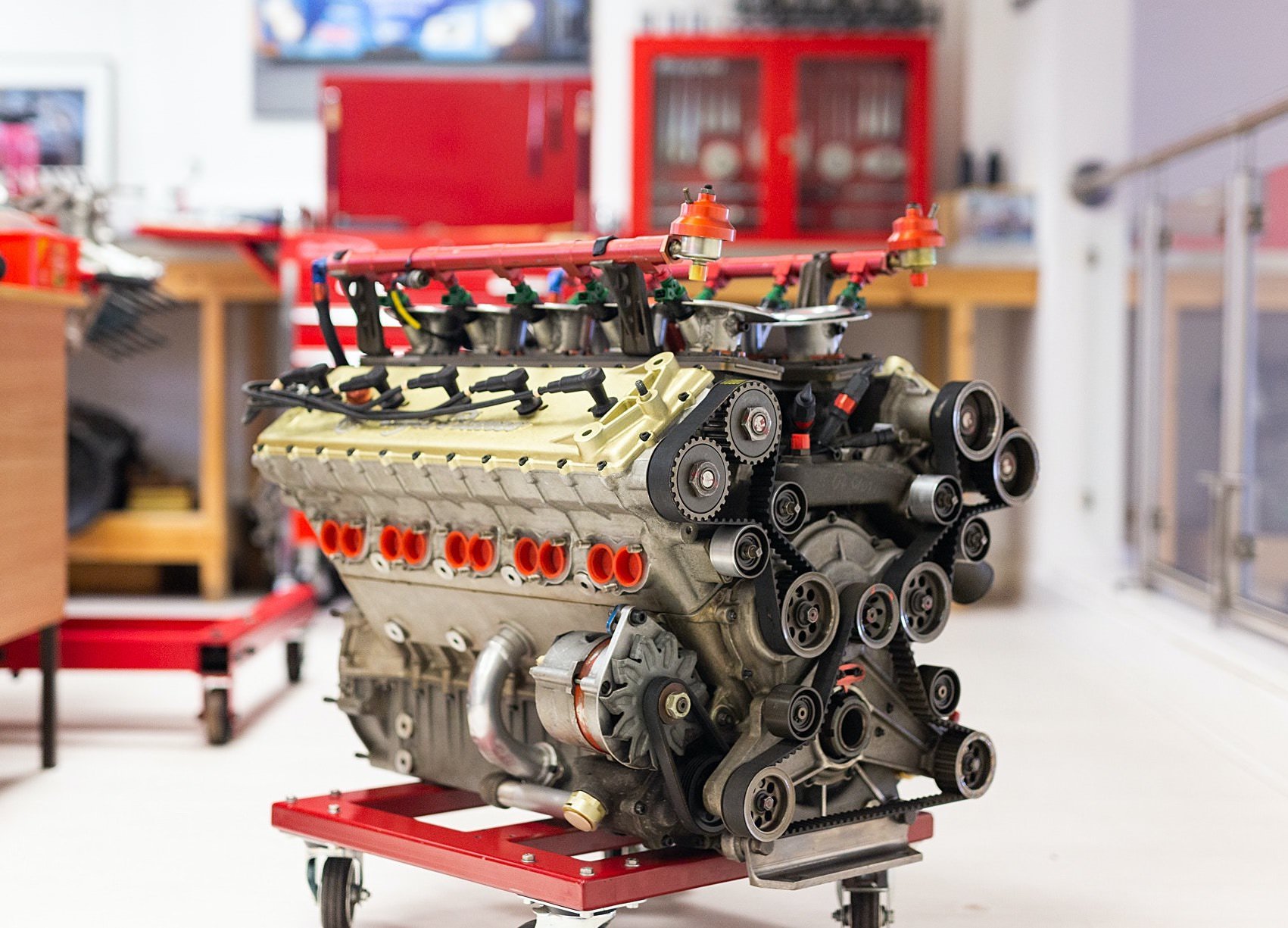