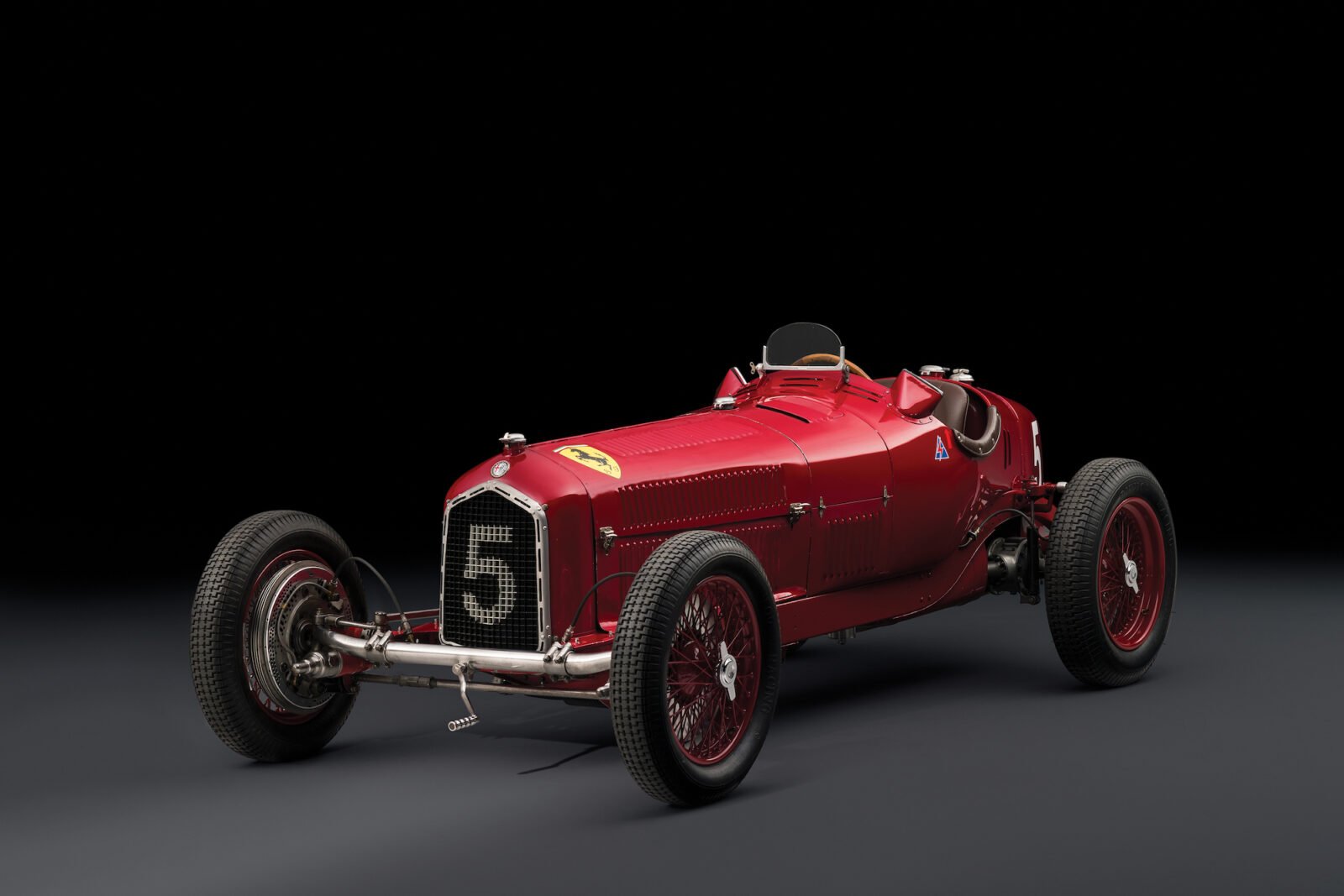 The Alfa Romeo Tipo B P3 is remembered today as the first genuine single-seat Grand Prix racing car. Its design is closely based on that of the unusual Tipo A monoposto – a twin engined car with twin gearboxes that proved overly complex and unreliable.

The P3 and its forbear the P2 were designed by Vittorio Jano, a Hungarian immigrant to Italy who likely had more influence on early Alfas than any other single person. He’s credited with developing the engine architecture most commonly associated with classic Alfa Romeos – lightweight alloy construction, double overhead cams, twin rows of valves (per bank), hemispherical combustion chambers, centrally located spark plugs. Vittorio would end up working closely with Dino Ferrari in later years, developing the V6 and V8 engines that would largely displace the traditional V12s.

Weighing just 701 kilograms (1545 pounds) and producing 255bhp, the Alfa Romeo P3 was an exceptionally quick Grand Prix car in the early to mid 1930s. The car’s most significant problem was the financial trouble overrunning the company that built it. The P3 had first started competing in 1932 – winning the Monza Grand Prix, and then taking a 1/2/3 finish at the French and German Grand Prix.

Less than a year later the tightening coils of the Great Depression had worked their way into the finances of Alfa Romeo and the company fell into government receivership. All motor racing expenses were immediately prohibited but somewhat fortuitously former Alfa Romeo racing driver Enzo Ferrari had launched his own racing team, called Scuderia Ferrari, a year earlier in 1932. After seeing the Maserati Brothers consistently beating their 8C Monza, Alfa entrusted their newer P3 to Enzo’s fledgling team – and it immediately began paying dividends.

Towards the end of the 1933 season when they finally got their hands on the P3, Scuderia Ferrari managed wins at the Coppa Acerbo, and the Italian and Spanish Grand Prix. Rule changes for 1934 meant that new heavier, wider cars were required, so Alfa built them and provided them to Ferrari who used them to win at Monaco, Alessandria, Tripoli, Casablanca, the Targa Florio, and a popular 1/2/3 finish at the French Grand Prix. 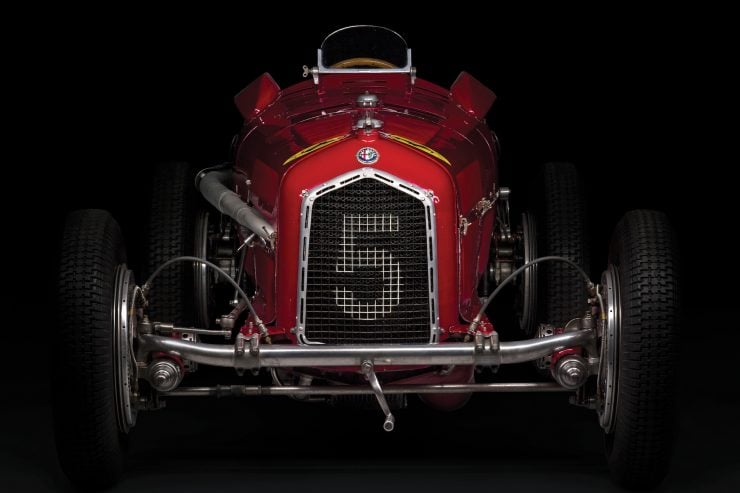 By the following year the competition was hot on the heels of the Ferrari-liveried Alfas. Enzo Ferrari, Tazio Nuvolari, and the Scuderia Ferrari engineers modified their Alfas with Dubonnet-style independent front suspension and reversed quarter-elliptical leaf springs at the rear – with this new better-handling configuration they took a number of important wins in 1935 including a historic victory against the Germans at the German Grand Prix held at the Nürburgring.

With the almighty Auto Union cars bankrolled by Hitler’s Third Reich, many thought a win by the ageing Alfa Romeos to be impossible. But it was to be one of the finest victories of Nuvolari’s career.

The conditions at the track were dreadful, there was heavy rain and poor visibility, but the small-statured Italian fought his Alfa through the pack and by lap 10 he was in the lead. An abysmal pitstop due to a faulty refuelling pump dropped him back down to 6th place, but he fought back through the field to 2nd – putting significant pressure on race leader Manfred von Brauchitsch in his Mercedes, who pushed his car too hard and shredded a tire. Nuvolari took the win, in one of the greatest performances of his career – and one of the greatest performances of the mighty P3.

Initially the first P3 (Tipo A) had been fitted with a 2.6 litre engine – the Tipo B shipped from the Alfa works with a 2.9 litre inline-8 that kept the twin overhead cam layout and twin screw-type superchargers. Power was fed back through a 3-speed transmission into an unusual differential that was attached to the back of the gearbox. A look inside the cockpit shows twin driveshafts coming out of the diff, back to each of the respective wheels. This unusual arrangement is thought to have been created to lower the position of the driver due to the lack of a single central driveshaft, and to reduce the unsprung weight of the live rear-end.

The car you see here is the 6th of the 7 Tipo B P3s built, Scuderia Ferrari didn’t keep records of which chassis was raced by whom at which race – but it’s thought that both Tazio Nuvolari and Rene Dreyfus had time behind the wheel.

It’s due to sell with RM Sotheby’s at the Paris Auction on the 8th of February with an estimated hammer price of between €3,800,000 and €5,000,000 – we can only hope that whoever buys it races it, and doesn’t lock it away for safekeeping. If you’d like to read more about the P3 or register to bid you can click here to visit the official listing. 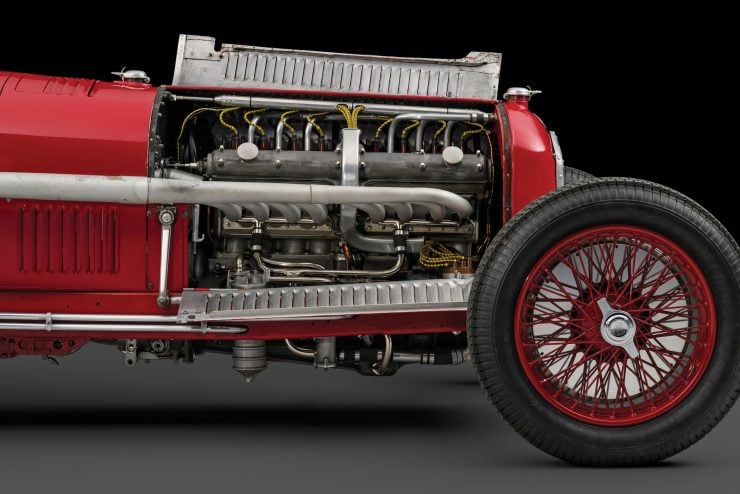 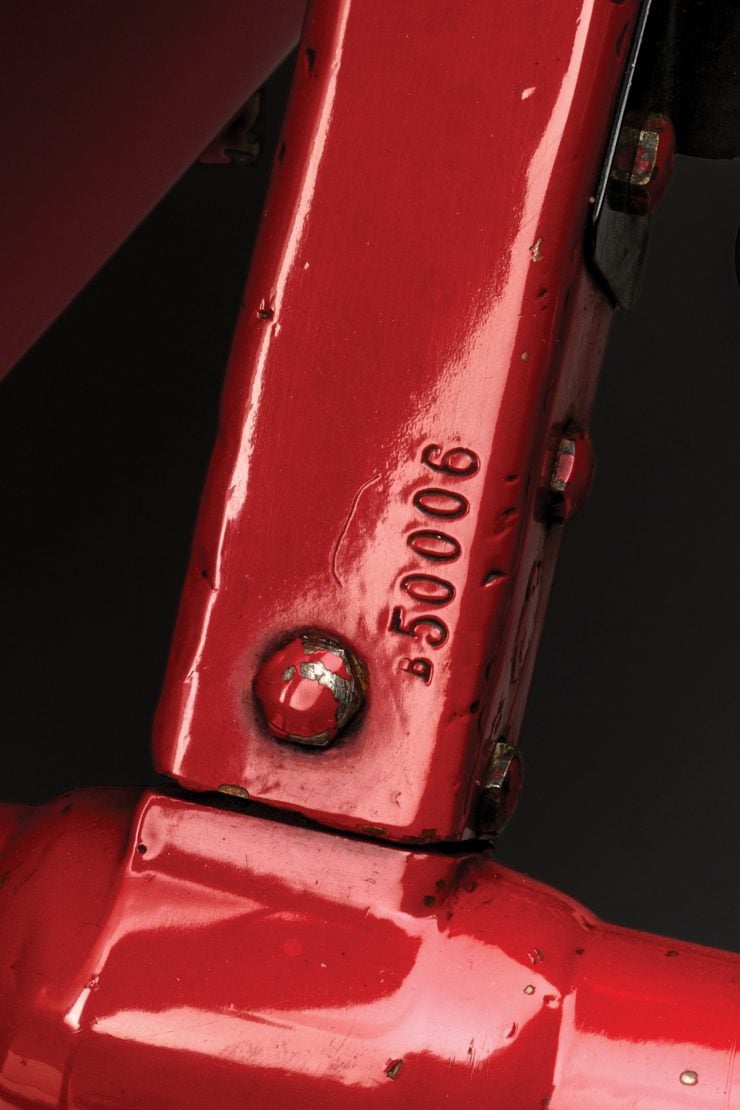 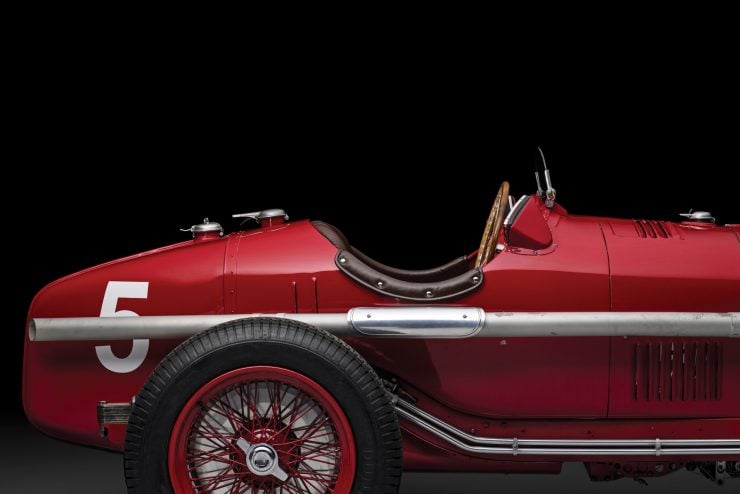 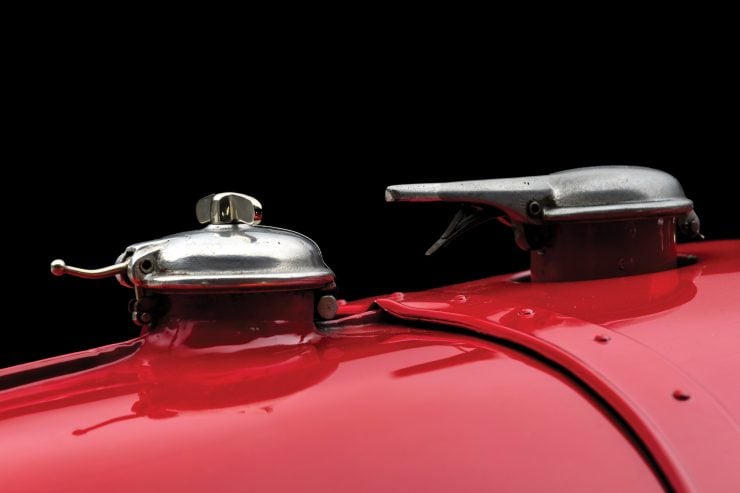 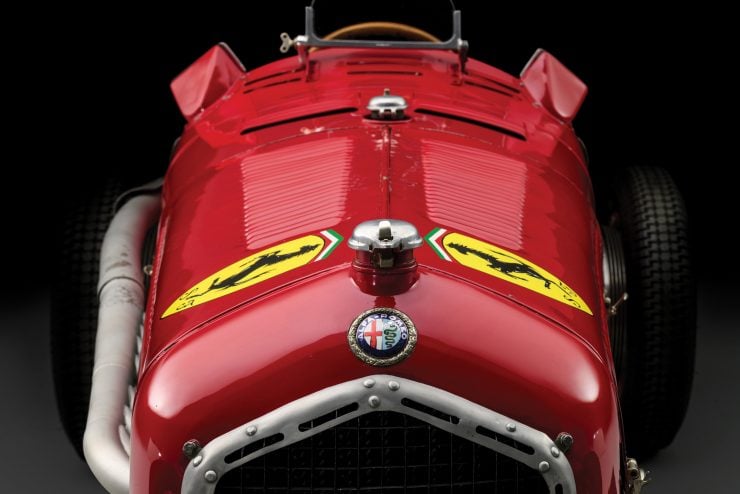 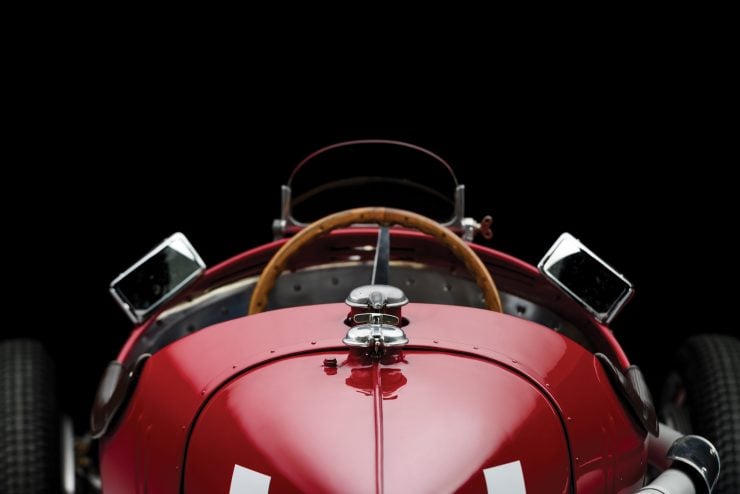 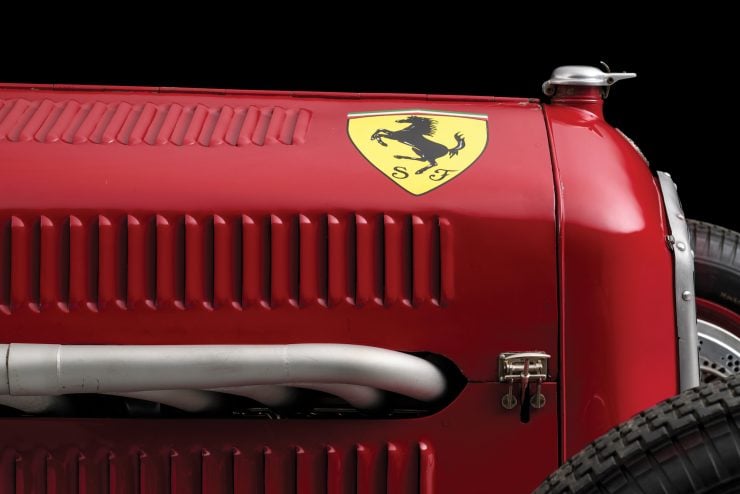 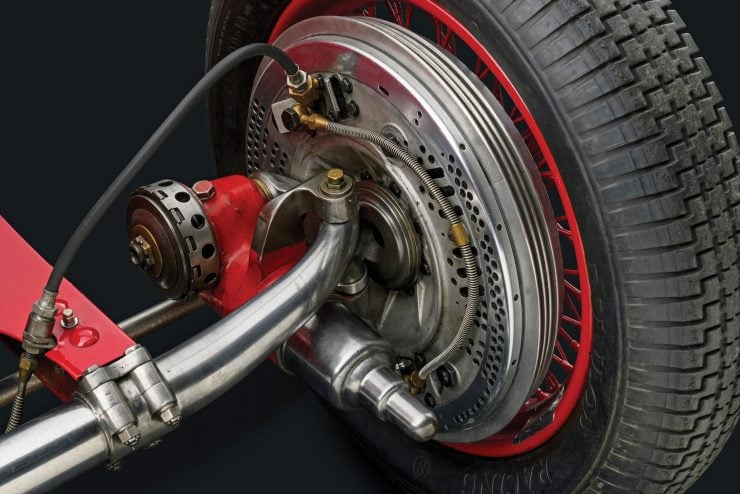 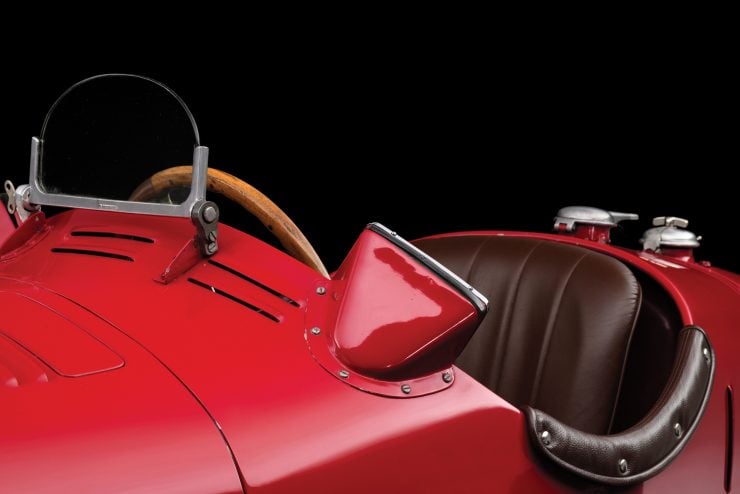 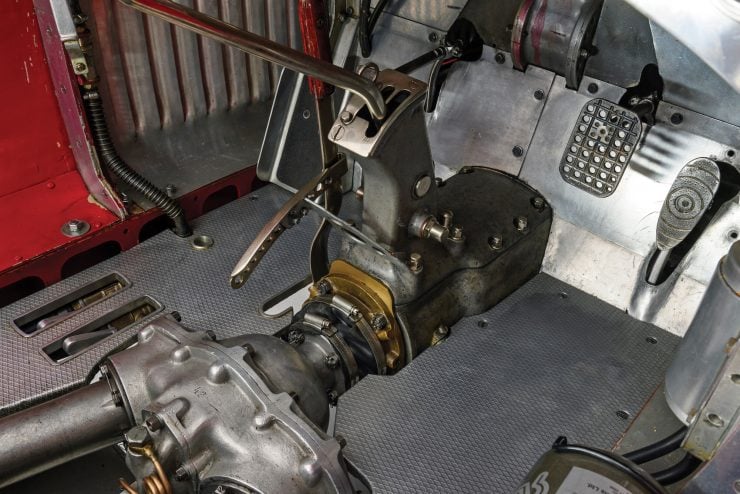 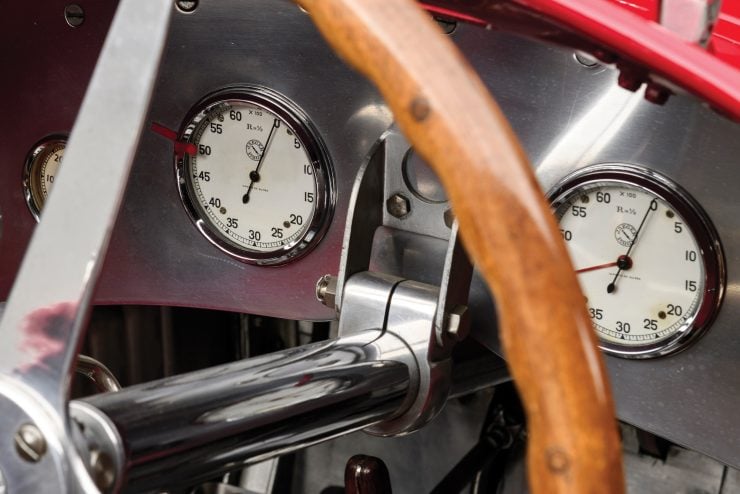 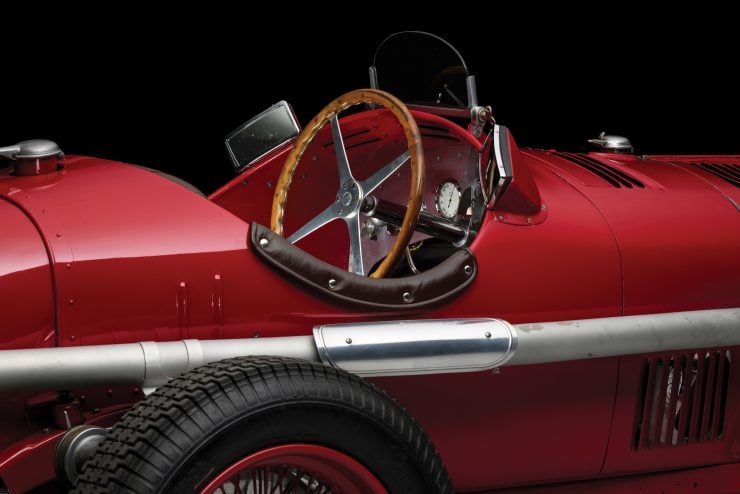 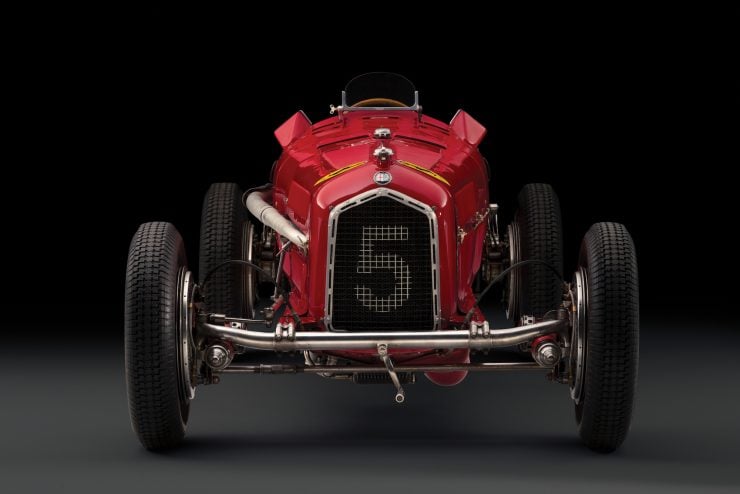 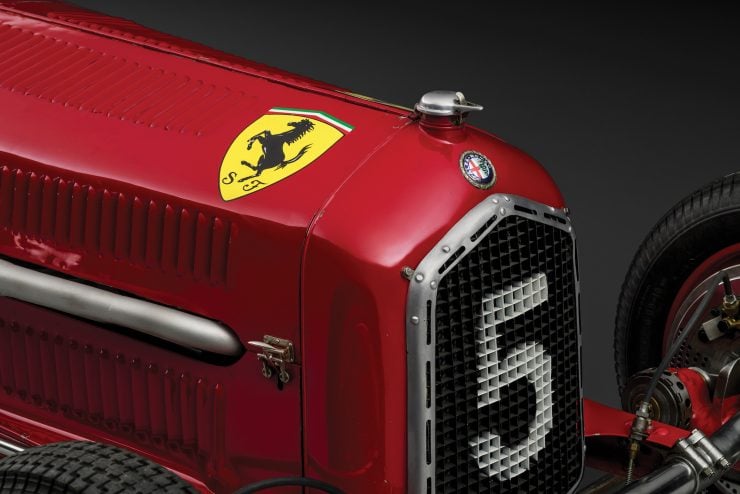 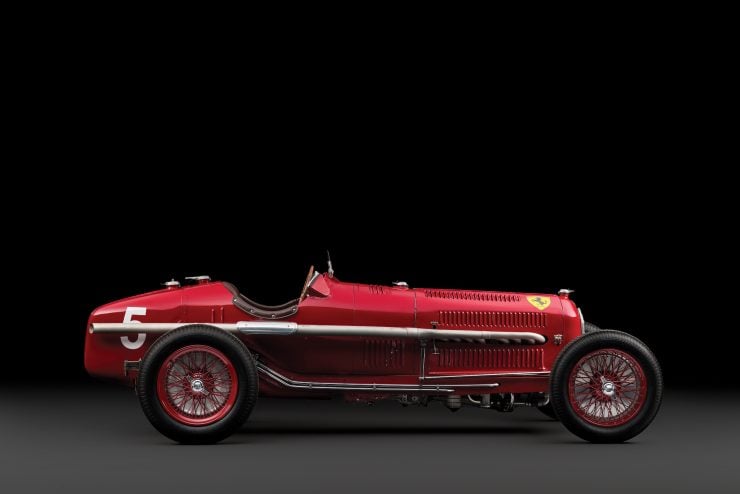 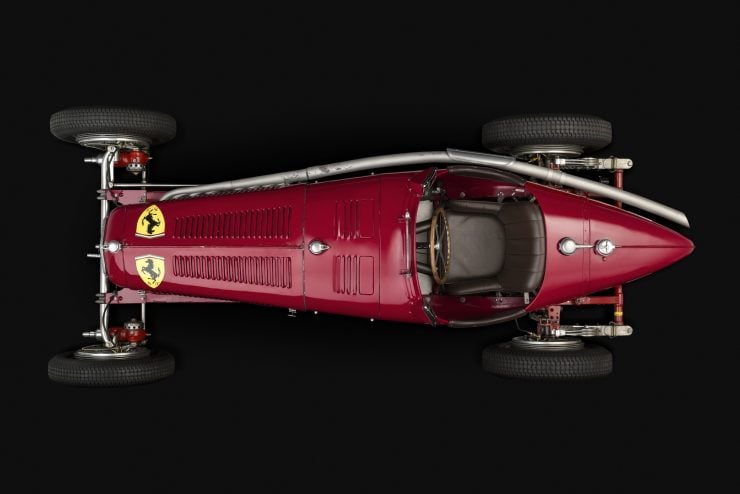 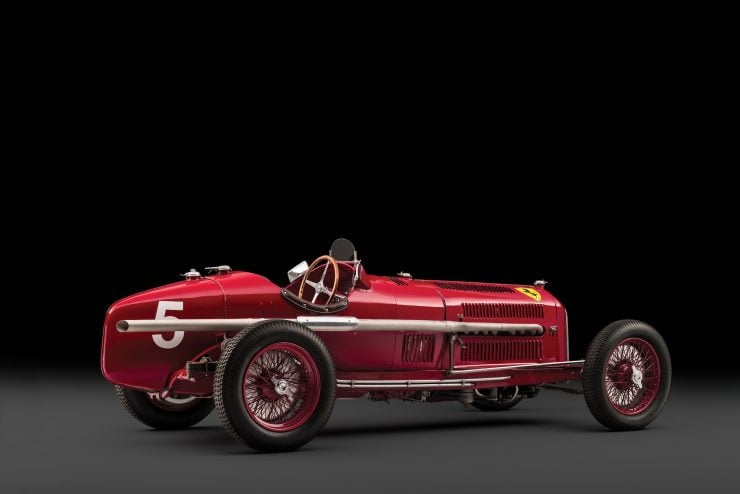 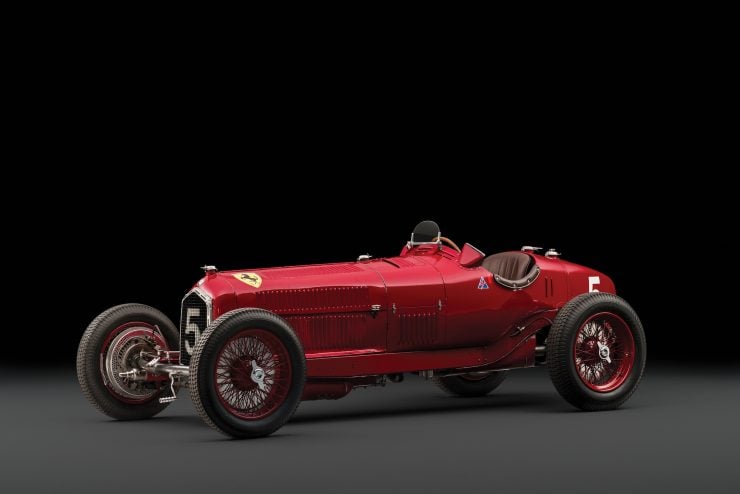 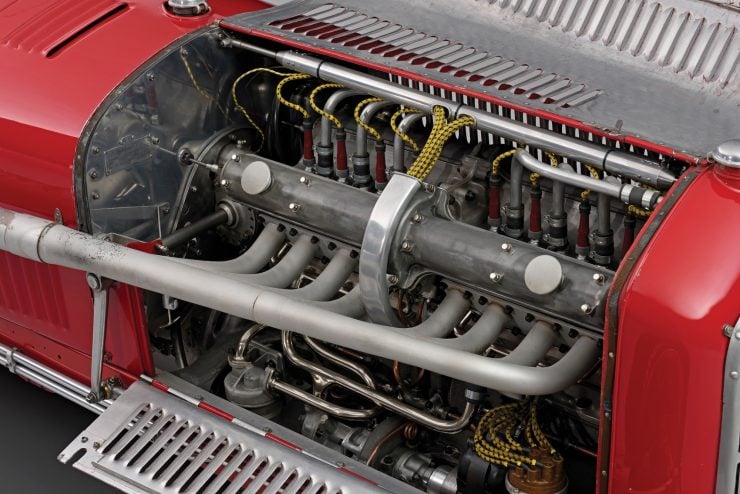 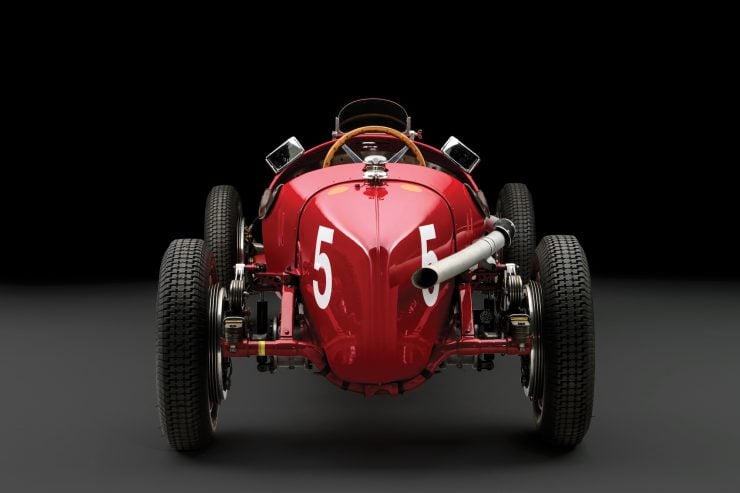 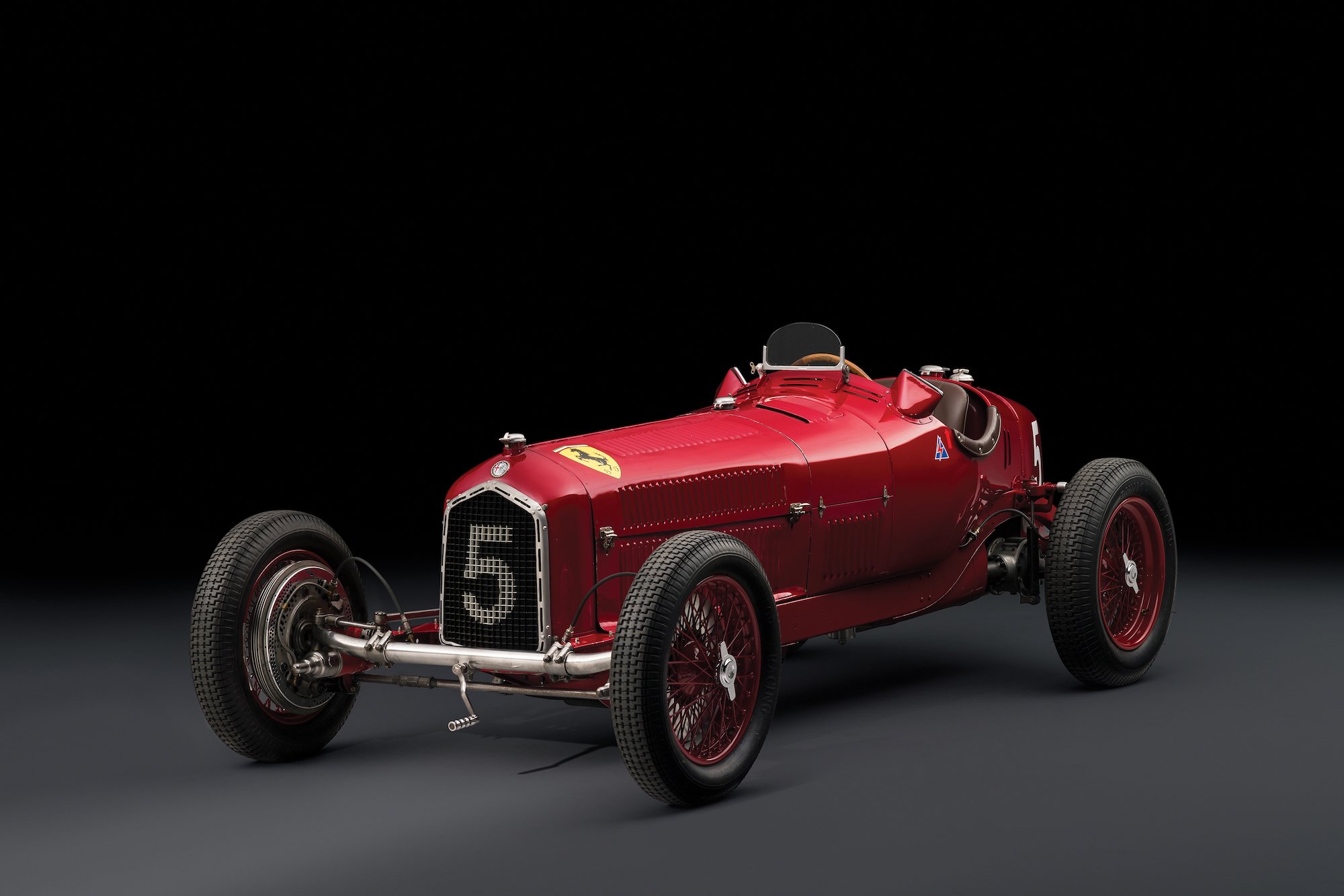 This is the Beetle Club Chair by The Rag and Bone Man, a company founded by British couple Lizzie and Paul who specialise…

This 1969 Mazda 1200 Coupe is considerably faster than it was when it originally left Japan, an enterprising Australian owner has bolted in a…

In the days before the widespread production of unibody cars the world was largely dominated by cars that utilized body-on-chassis construction. As a result of this…

The Mad Max Interceptor is one of the most famous cars in cinema history, and deservedly so. The car was officially named the…

The Cizeta V16T is undoubtably one of the most unusual supercars ever made, it’s powered by a transversely mounted 6.0 litre V16, it…