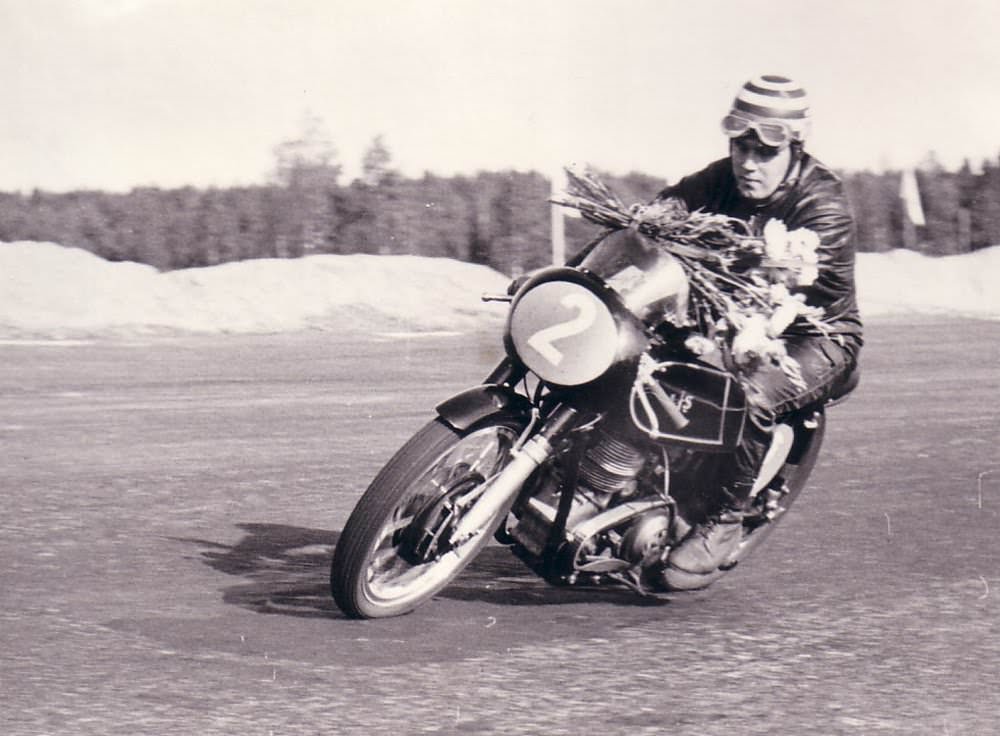 I’d love to know the backstory here though I doubt anyone can shed light on it due to the age of the photograph. It appears to be a chap hammering along on a beautiful AJS with a large bunch of flowers tied to the speedometer.