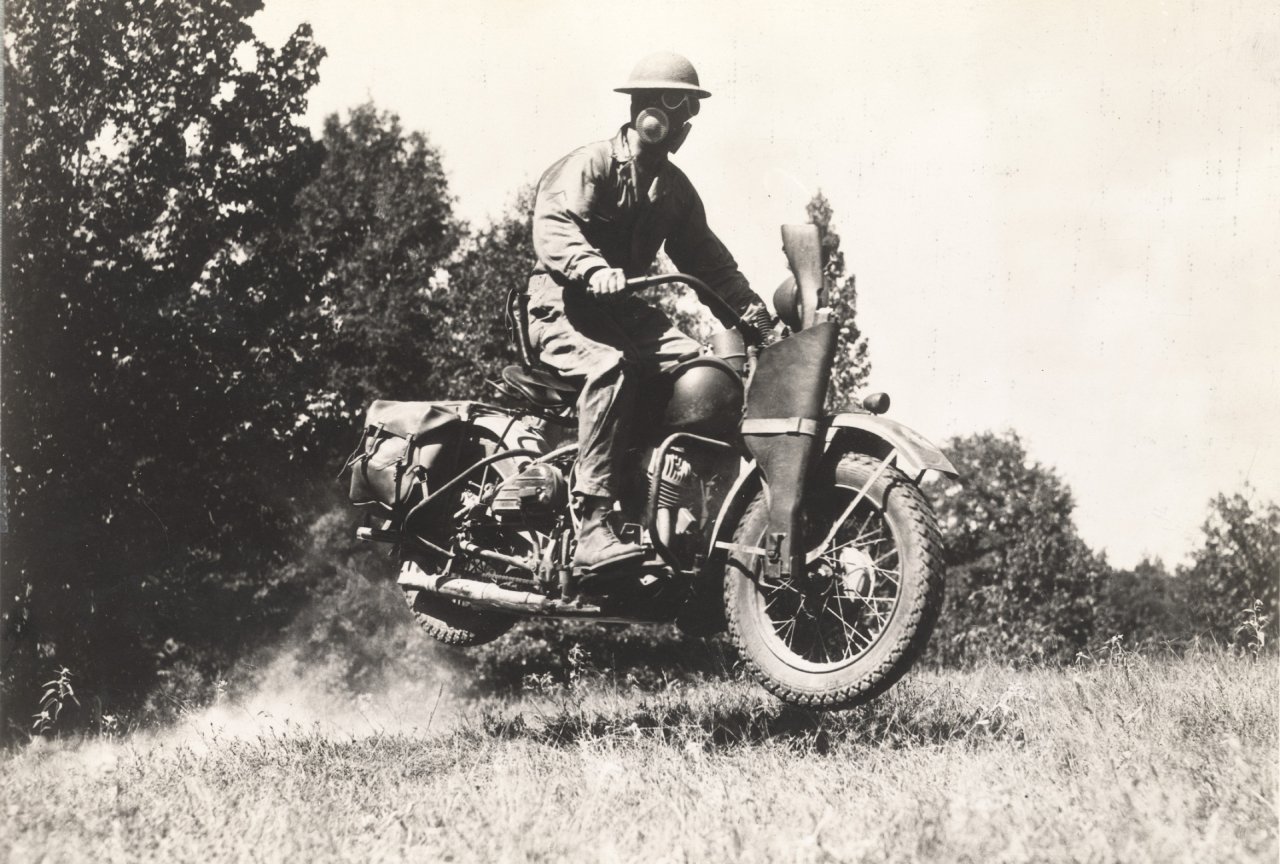 Jumping a 562lb hard-tail Harley WLA whilst wearing a gas mask and a flimsy tin helmet automatically elevates anyone to hall-of-famer status in my World-view. We don’t have the backstory on this image but I don’t think it matters, this is an image that speaks louder than words. 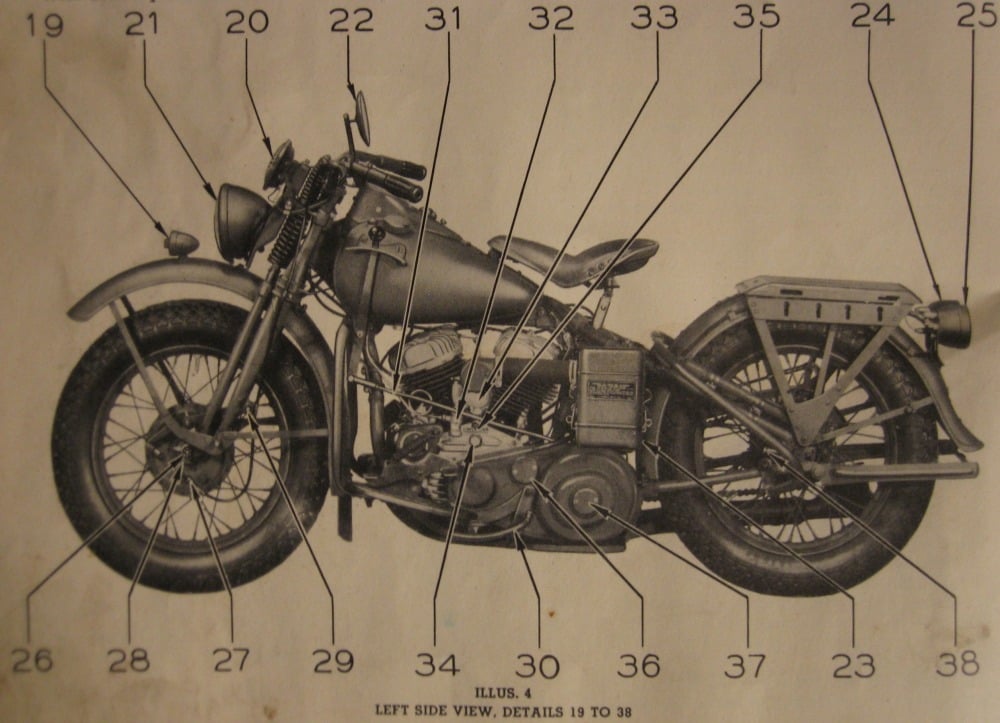