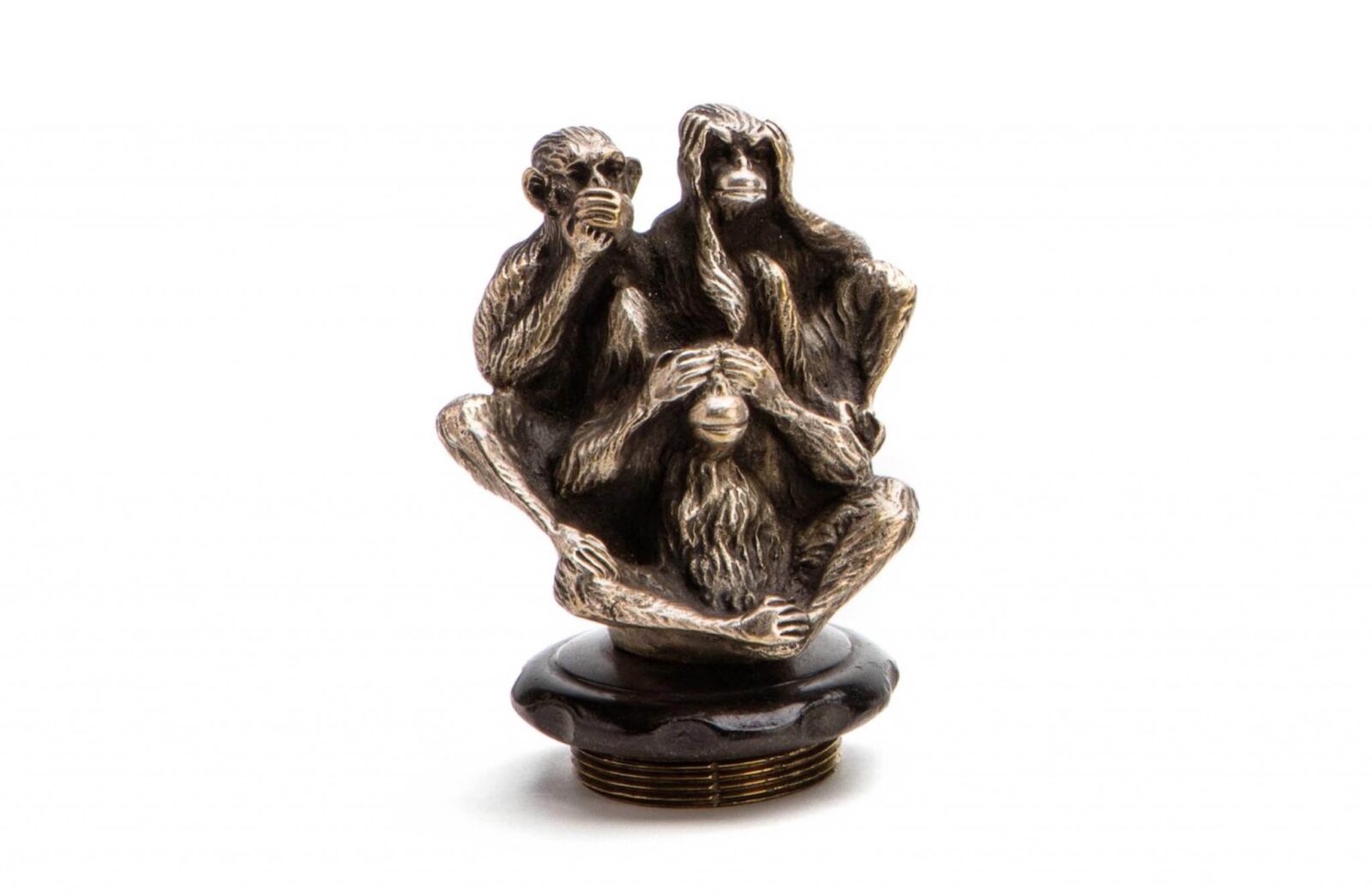 In the 1920s and 30s it was common for people to personalise their cars with custom radiator caps – the radiators were commonly exposed out on the front of the car and so the mascot would be out in front for all to see, not unlike the nautical figureheads used on sailing ships.

This three wise monkeys mascot is nickel plated bronze, it was made in France in the 1920s and it carries the signature of the A. Delm – the artist who designed it. It stands at 10cm high (4 inches) and will likely sell for between £300 and £600 when it sells via Bonhams on the 19th of September. 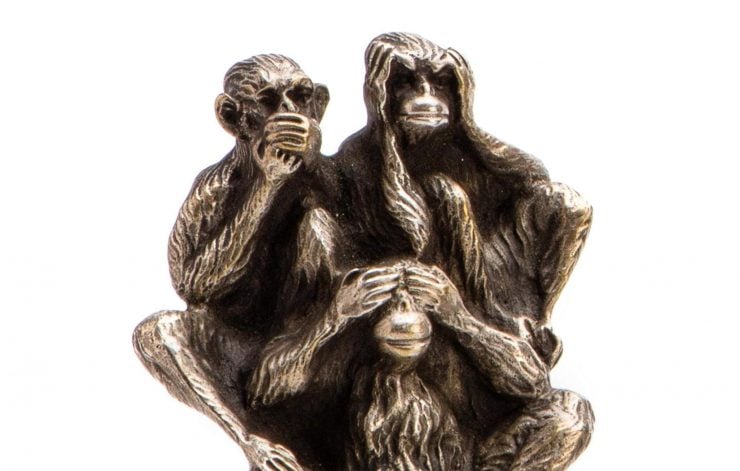 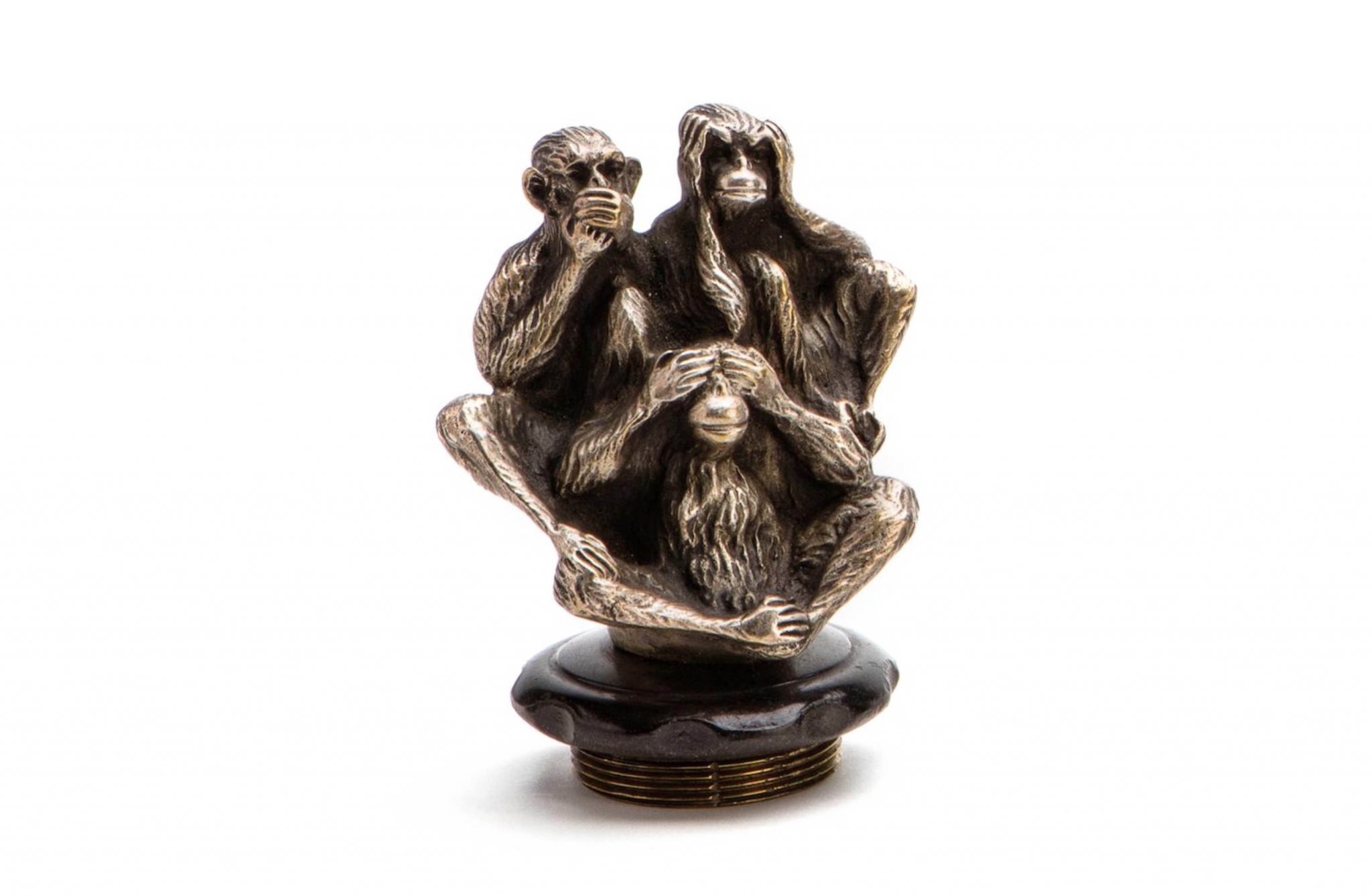