Abernathy Kids on their Indian 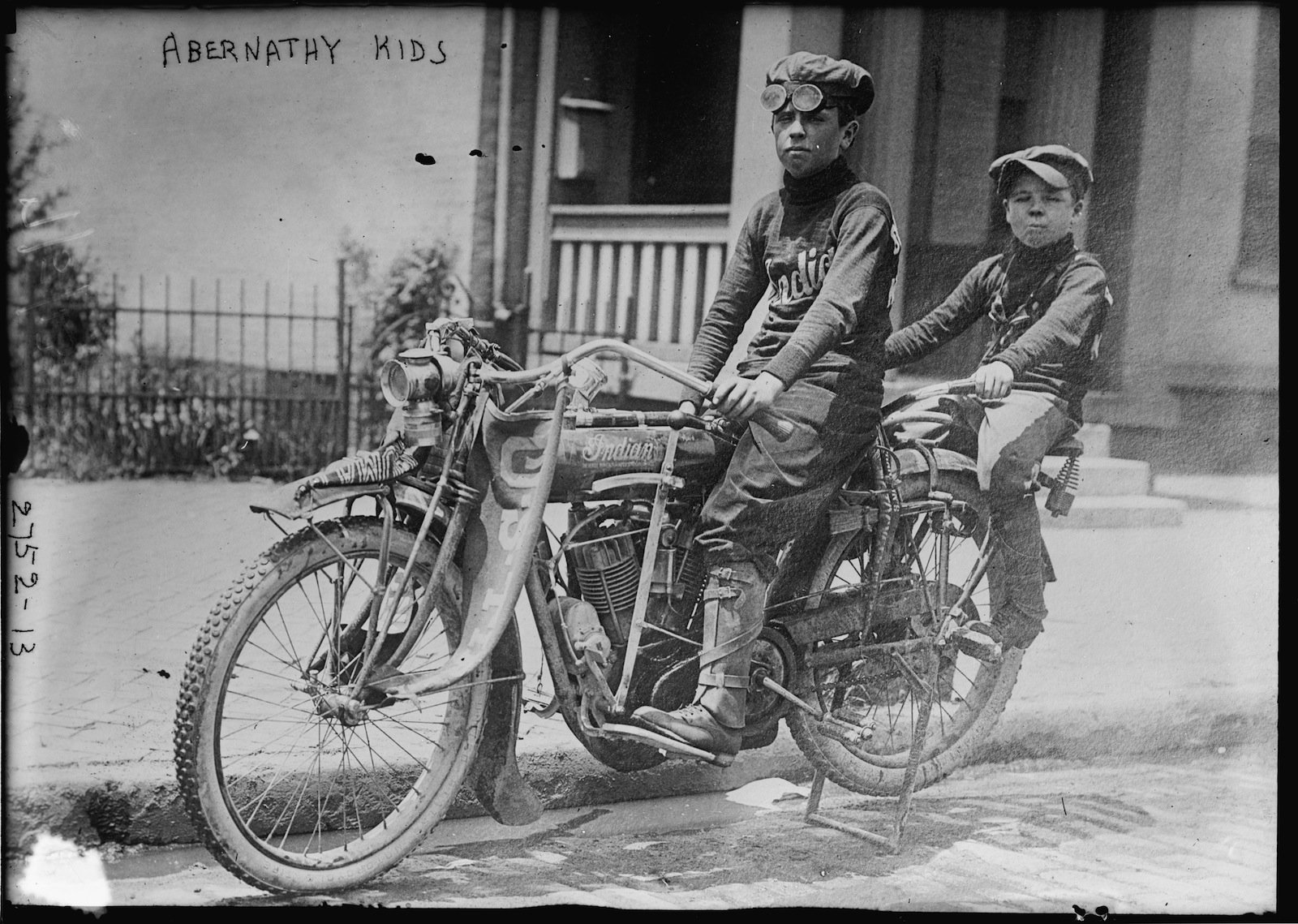 In 1913 a pair of young boys bought an Indian motorcycle and set out on a road trip from Oklahoma to New York City, they were aged just 13 and 9 so exactly how they could afford the motorcycle is unclear but I think we can all agree that they had very, very laid back parents.

Click the image above for the high resolution version.