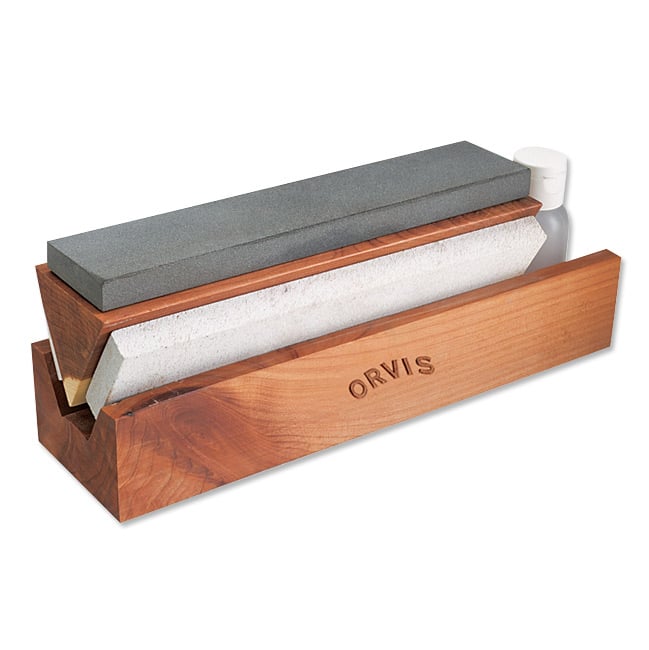 Owning a knife without owning a knife sharpening kit is kind of like owning a bicycle without a seat, you can technically still use it, but it’s going to be a pain in the ass.

This 3-Stone Knife Sharpening Set from Orvis includes 3 stones each cut from natural rock, they’re mounted in a natural cedar stand and the kit comes with knife sharpening oil as well as a full set of instructions. 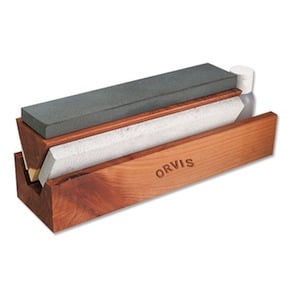