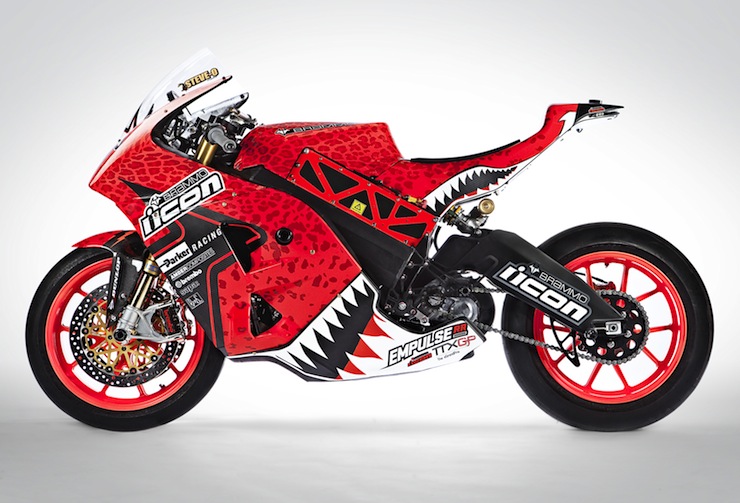 The biggest issue faced by electric motorcycles, and electric vehicles in general, is the current limitations on battery power. This issue battery become a mute point when you start to talk about racing though, if you have a set number of laps on a fixed length circuit, then you just need enough electrons to spin the copper till you pass the checkered flag. Job done. 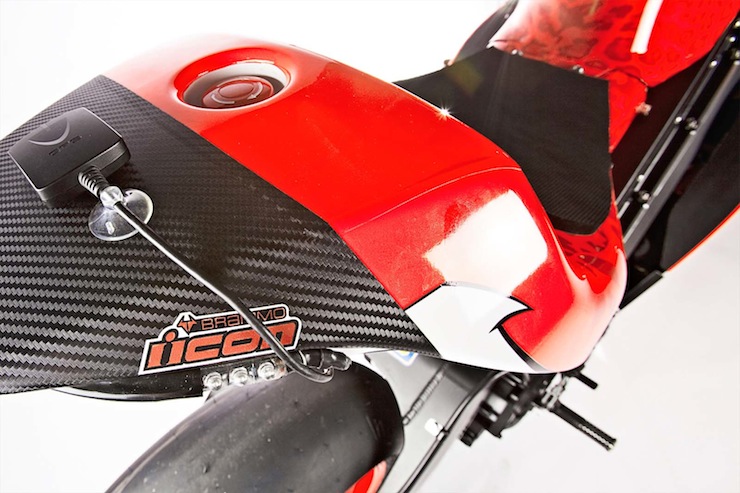 This is where electric motorcycle manufacturer Brammo comes in, their latest racing bike, the 2013 Brammo Empulse RR and it’s set to take to the track for the new racing series organised by FIM and TTXGP. The bike pictured here is one of two that’ll be run during the 2013 season, Icon is the primary sponsor of the Brammo team and so they design the helmets, racing suits, pit-crew suits, motorcycle decals, racing gloves, boots and everything else needed by a world class racing team. Both bikes are eye-catching to say the least with this red one being my personal favourite. Because red goes faster. 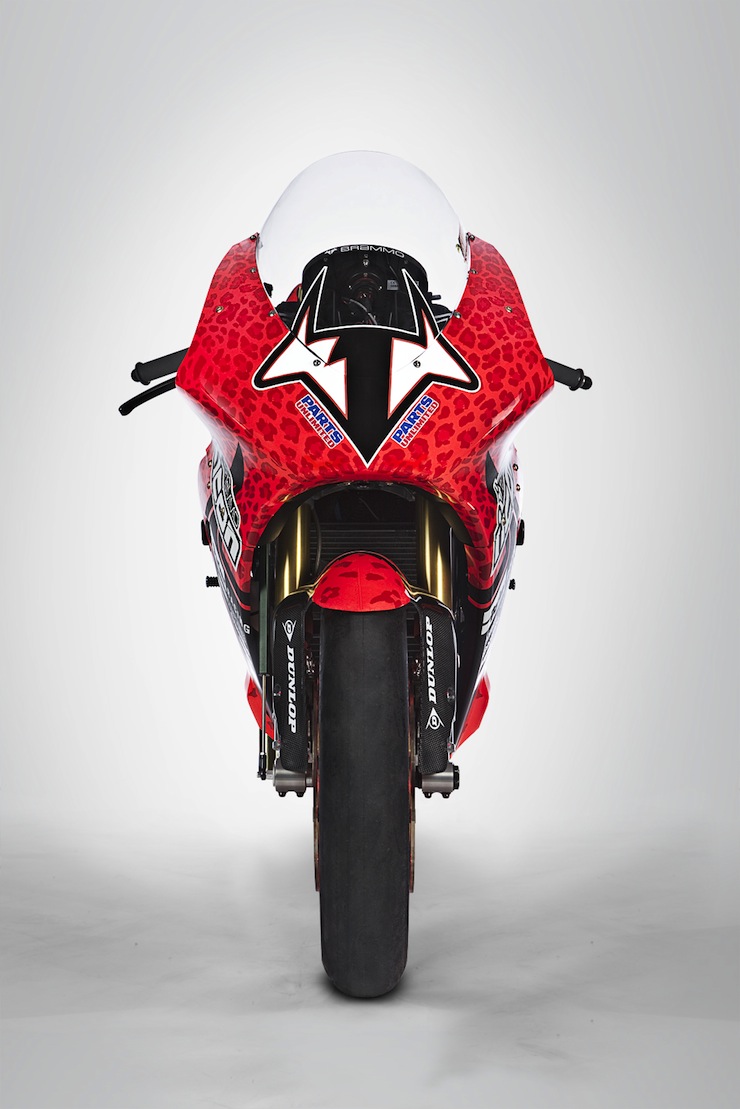 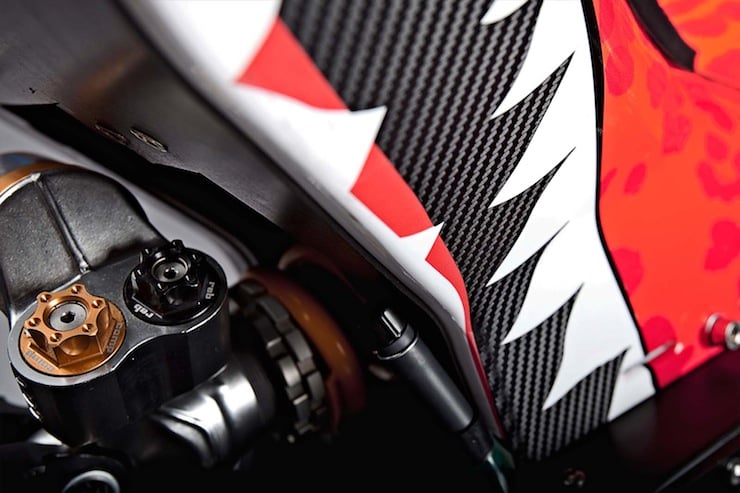 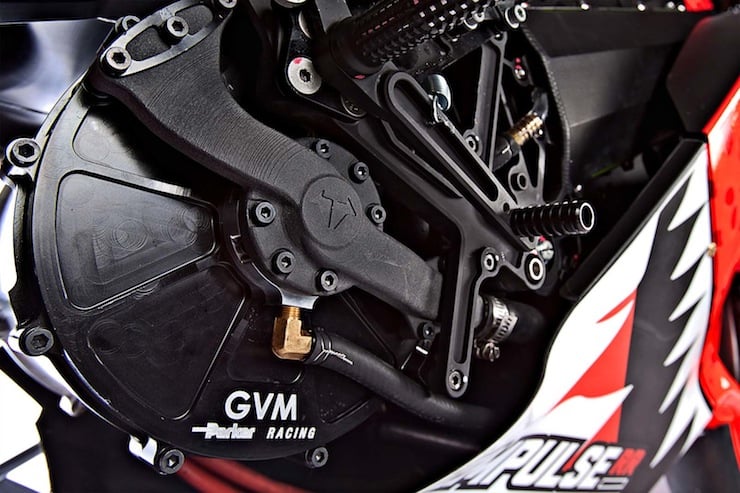 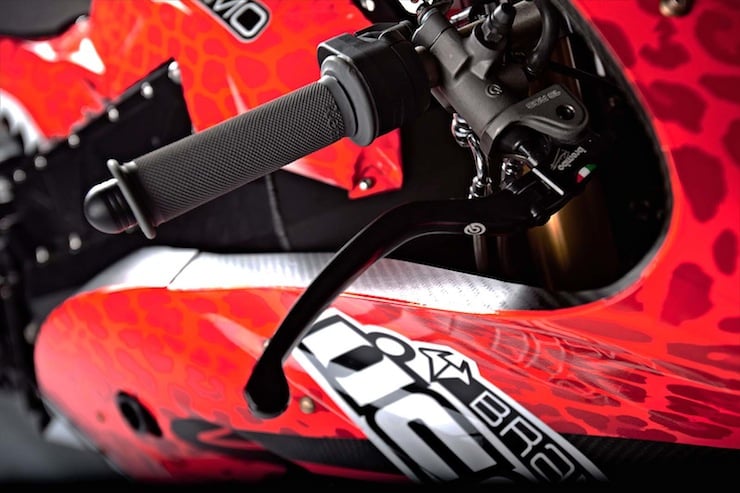 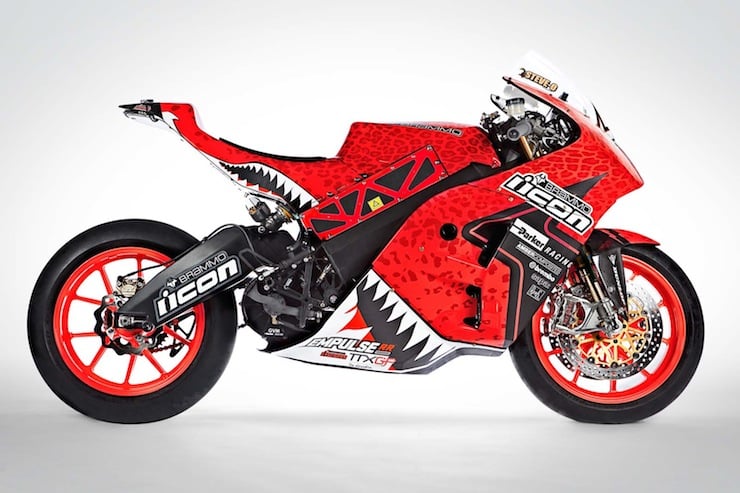