Michael Mundy, the proprietor of Steel Bent Customs, has a penchant for building some of the cleanest cafe racer motorcycles you’ll find anywhere. He tends to favour the Honda CB750 and has now got the process of turning the bike from a lumbering over-weight bike into an exceedingly clean, pure example of what a cafe racer can be if the builder sticks to the core of what the genre originally entailed.

This particular CB750 is a 1981 model, it’s a customer build and the design brief was simple: keep it clean, make sure it’s running on Firestone Deluxe rubber and bolt some velocity stacks to it. Everything else was left to Michael’s discretion. As you can see, he didn’t screw it up. 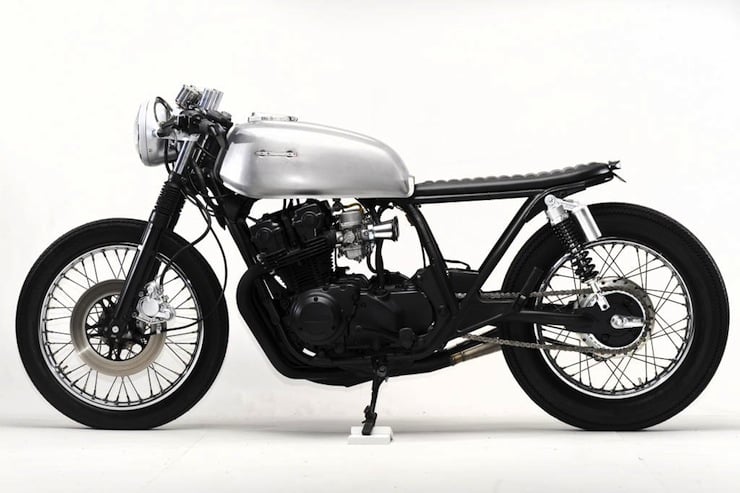 The decision to keep the stock front disc brake was a good one, drilled discs look great on some bikes and a little out of place on others, I think this bike would have fallen into that latter category. The brushed steel fuel tank looks like the sort of thing you’d see at the Tate Modern and that slim, low-profile seat looks like it was born for this bike.

The electrickery has all been moved down to above the swing-arm pivot point and then engine has been blacked out with high-temperature engine paint. The carburettors have been kept original and they look great with those chromed velocity stacks in place. The addition of adjustable rear suspension, custom handlebars, mini-gauges and Cone Engineering silencer finish the look of the bike off nicely.

Steel Bent Customs is one of the more prolific US based motorcycle custom garages, they also tend to sell their bikes for fairly affordable sums of money, so if you’re in the market for a bike that looks a little like this, you can visit SBC here. If you’d like to see more work from Erick Runyon, the photographer responsible for these images and many more, click here. 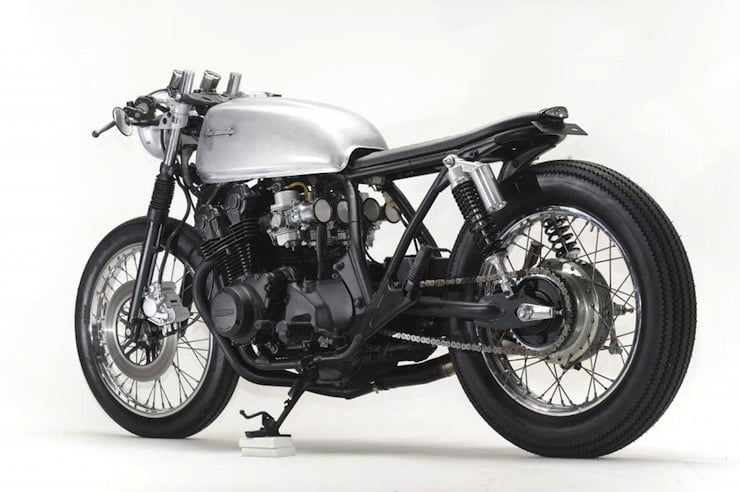 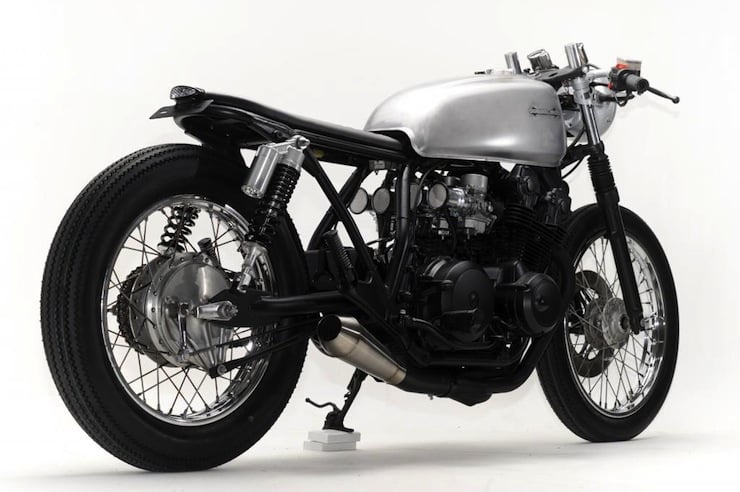 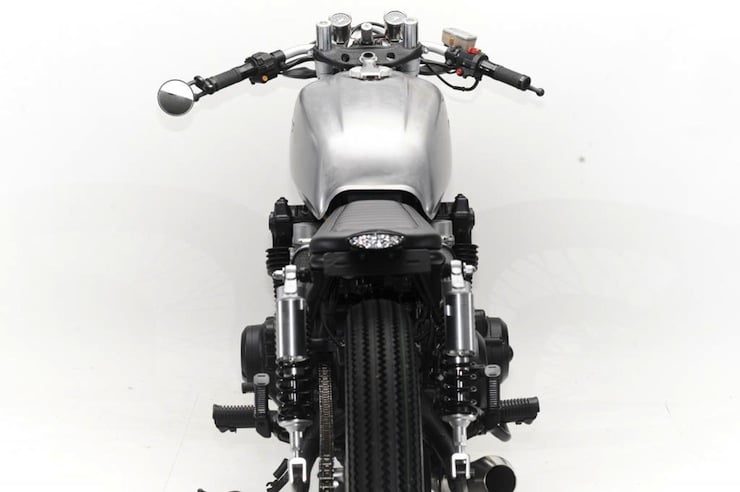 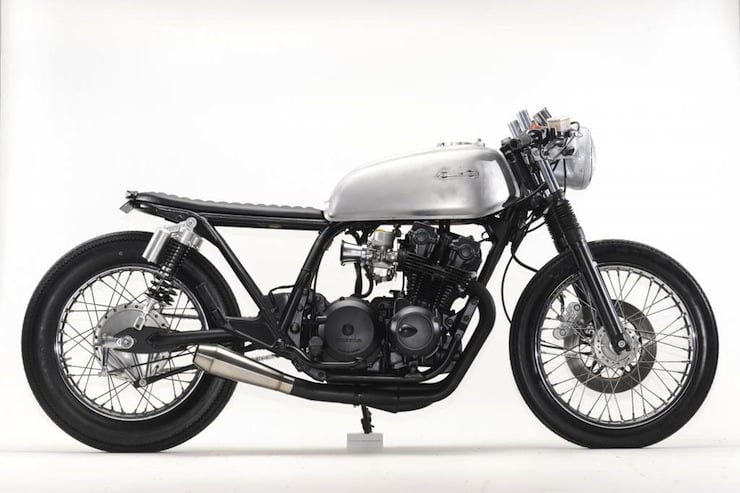