The original Can-Am series, otherwise known as the Canadian-American Challenge Cup, ran between 1966 and 1974. Despite its relatively short life, it’s looked at today as one of the greatest racing series that ever existed, and you’ll be hard-pressed to find a motorsport fan anywhere in the world who doesn’t consider it a high-water mark for automobile racing.

This is the first race of the second season, held at Road American in Elkhart Lake in 1967. It was to be the year that the New Zealanders Bruce McLaren and Denny Hulme became known as ‘The Bruce and Denny Show’ because of their staggering dominance in the new McLaren M6A. 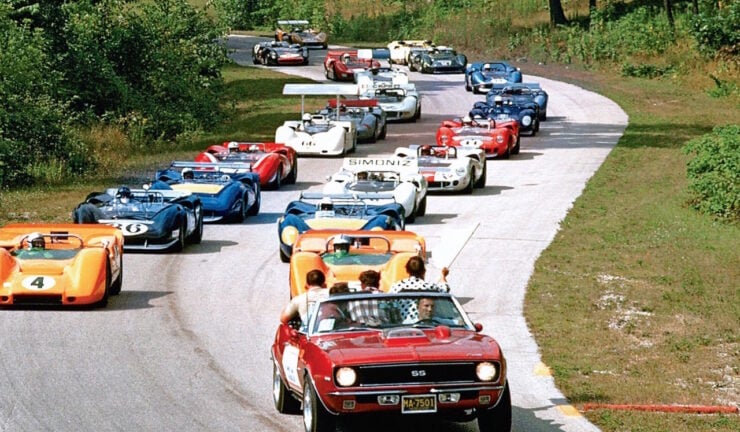