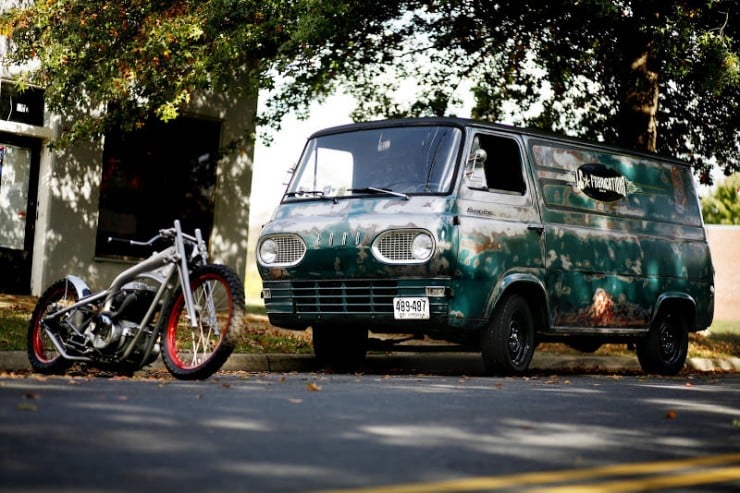 Some people have a hard time understanding an obsession with old trucks, 4x4s and vans. Largely because they tend to blow more smoke than an old French prostitute and require more maintenance than a Jewish mother in-law. Some of us are just suckers for punishment I guess.

This wonderful old 1961 Ford Econoline was discovered by Jeremy over at LC Fabrications sitting in an old man’s shed, behind a truck and buried beneath a lifetime’s worth of collecting, hoarding and impulse-garage-sale purchases. It took him over a year to convince the bearded old chap that he should sell the van, finally he relented, dug out the key and handed it over. 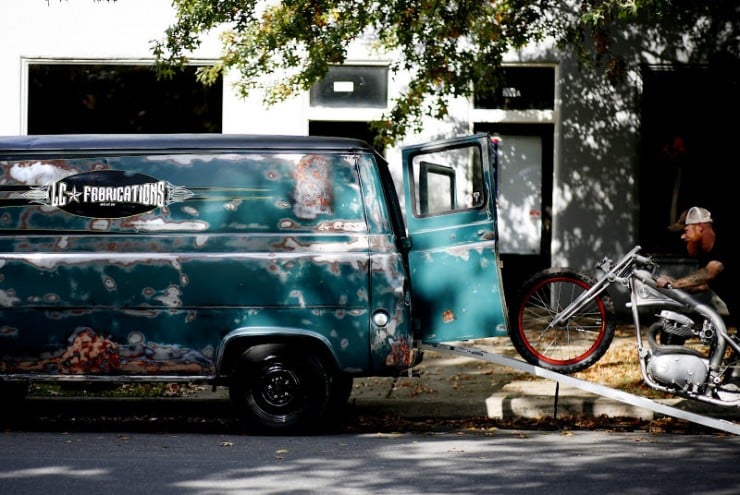 Jeremy couldn’t fit the van into his motorcyle workshop so he set about working on her in his driveway. Amazingly, after a little tinkering, the old Econoline spluttered to life after 26 years of storage in an automotive tomb. She’s now running a rebuilt 3-speed transmission, a Toyota clutch, disc brakes, all new steering and suspension components, a new aluminium radiator and a new wiring loom.

That body work is all deliberate, Jeremy and the team at LC Fabrications sanded her back but couldn’t bring themselves to tart her up with a coat of glossy paint. So they carefully applied a clear coat, leaving her with her character intact and significantly reducing the likelihood of vehicle theft.

We’ll be bringing you more of Jeremy’s two wheeled creations in the near future so stay tuned for more, in the meantime you can click here to visit his website. 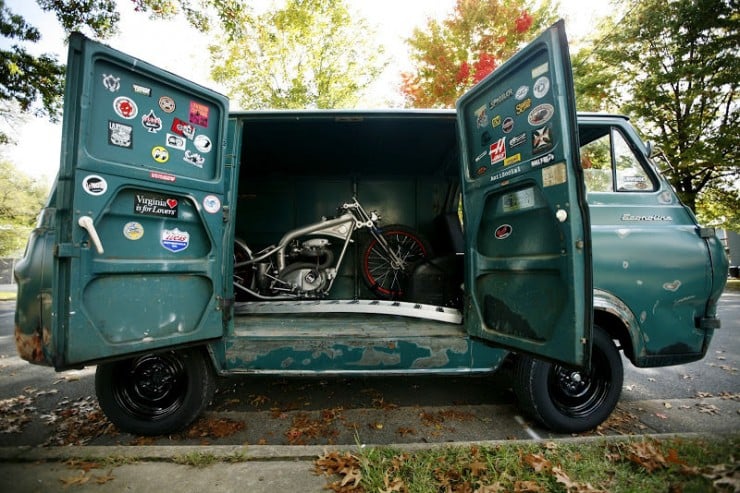 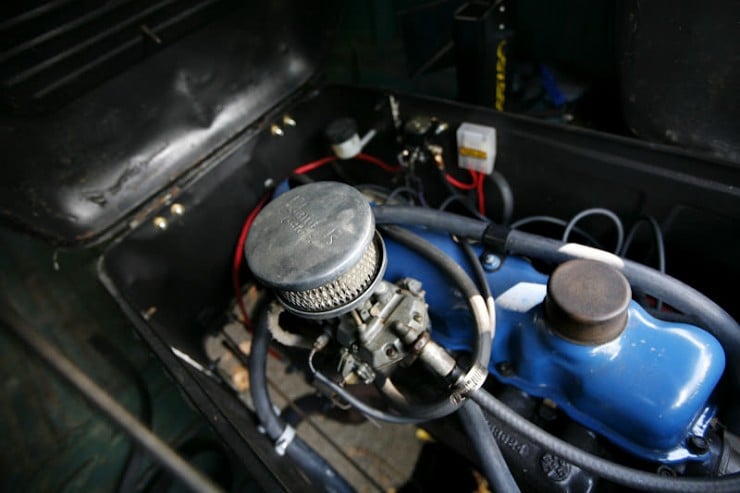 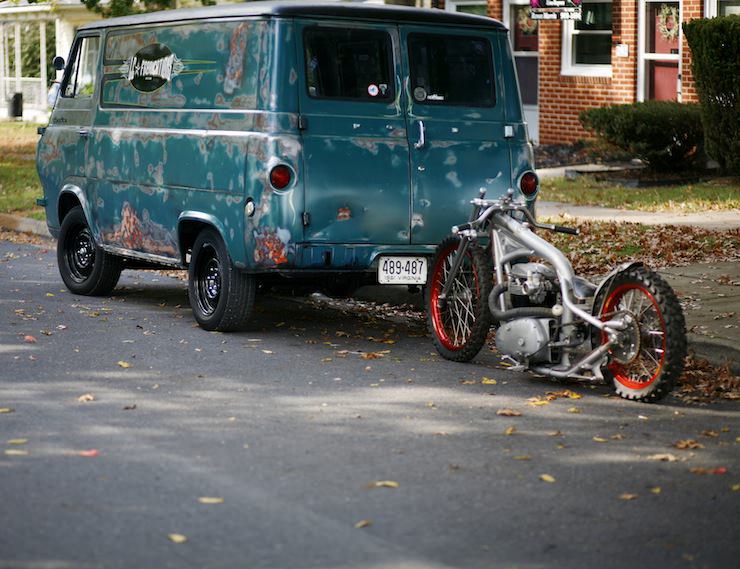 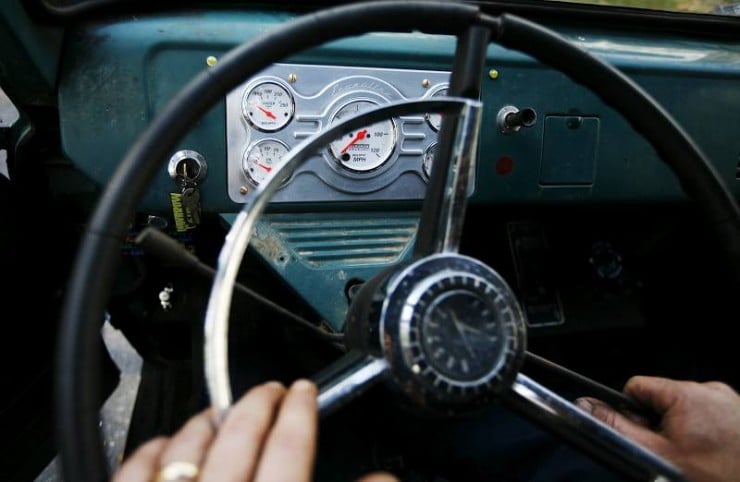 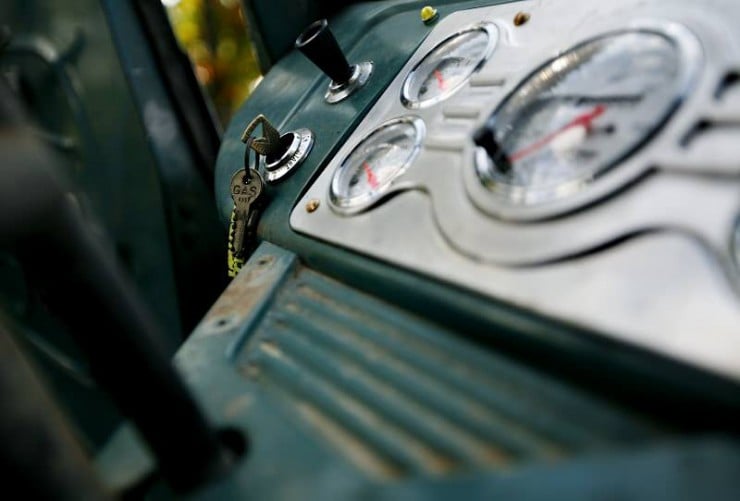 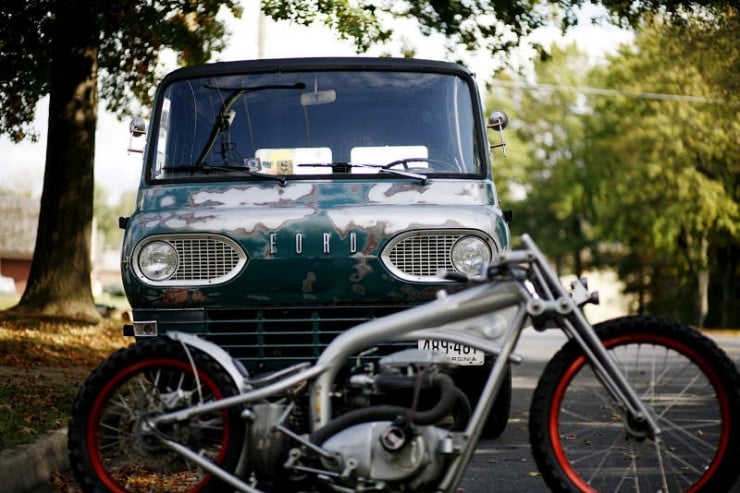 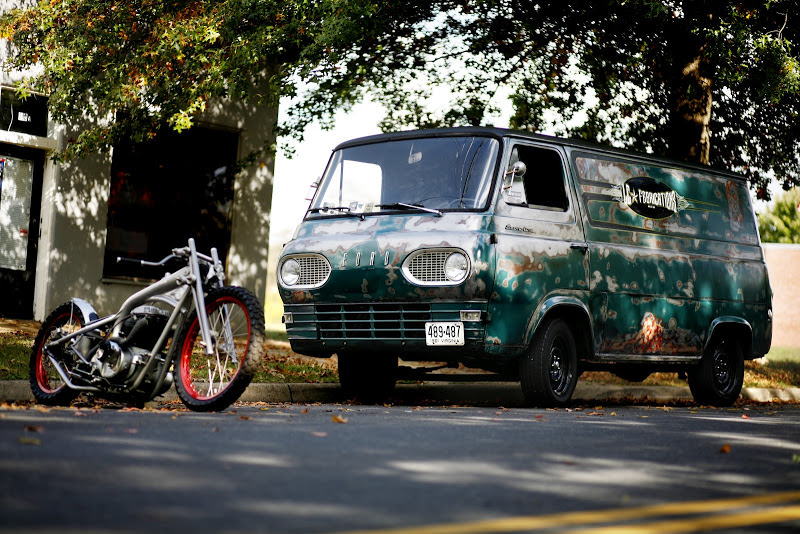