It’s not everyday that we come across a motorcycle like Old Black, she was built by the highly respected LC Fabrications, a garage we’ve featured before with their stunning Triumph TT Deluxe Cafe Racer.

Old Black is the newest build out of the LC garage, it was designed and built by Jeremy Cupp this year to compete at the AMD World Championship in Sturgis. He decided to really take Sturgis back to its hill climbing roots and so he set about building a hard-tail, twin-drive modified Harley-Davidson with a springer front end and a classic, chain-wrapped rear tire. 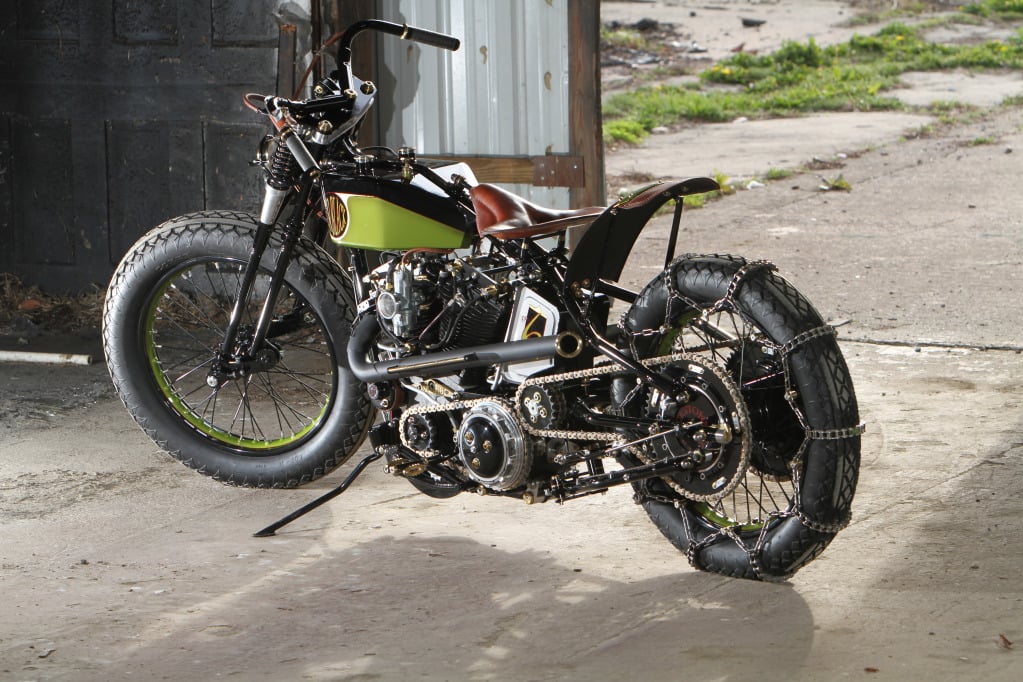 Now I have to admit right off the bat that I’m in love with that twin-chain drive set up, frankly I’m amazed that more builders haven’t implemented it. The 1976 Ironhead v-twin is well worth some close inspection as well, it’s essentially steampunk pornography. The engine runs the kinetics through a modified Triumph A-10 transmission, that rear wheel is fitted with dual BSA drum brakes and the front end is cushioned with a custom springer fork fabricated in-house by LC.

Old Black finished all the way up in second place at the 2012 AMD Bike Building Championships, first place went to PainTTless (click for the feature) however the bikes are both so different that the voting came down to personal preference on the part of the judges.

You can supersize any of the images above or below by clicking on them, take a close look at the engine and twin-chain set up, Jeremy’s workmanship is breathtaking. 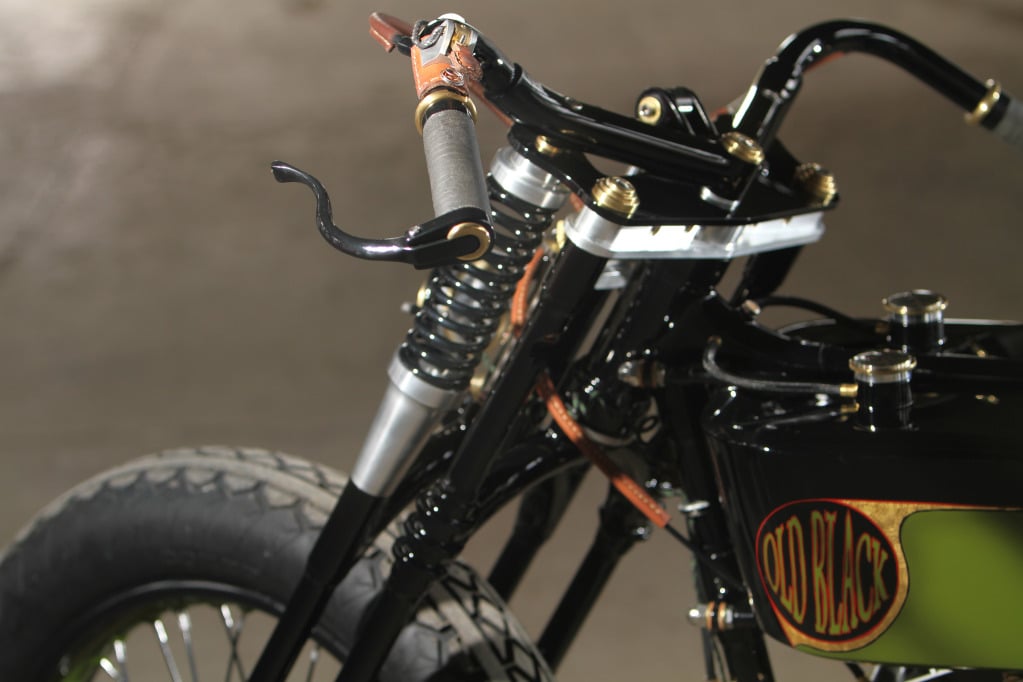 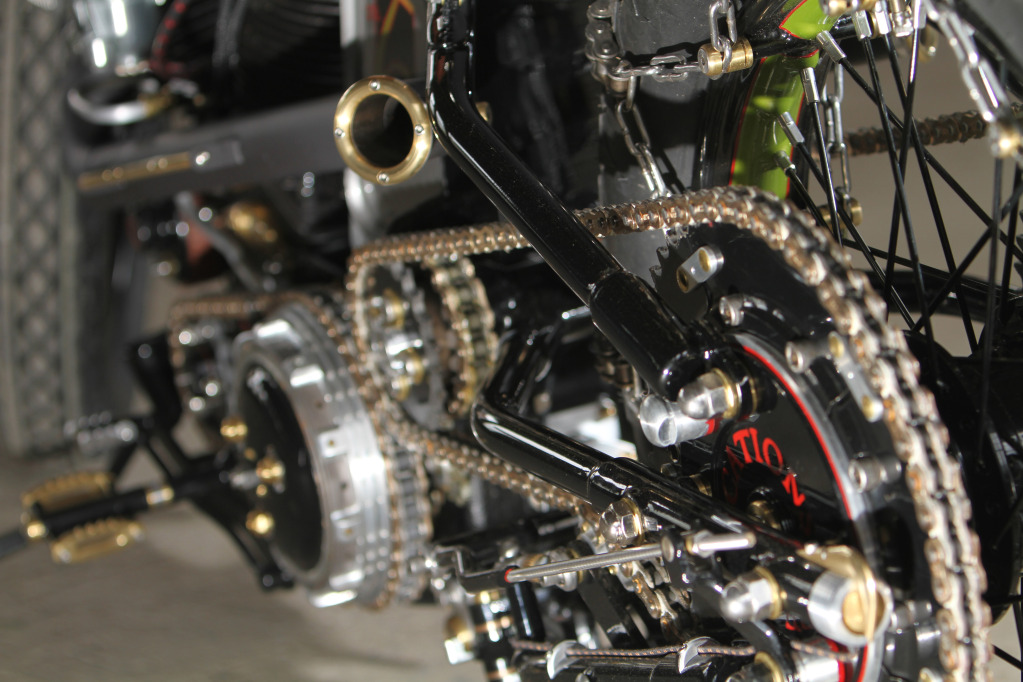 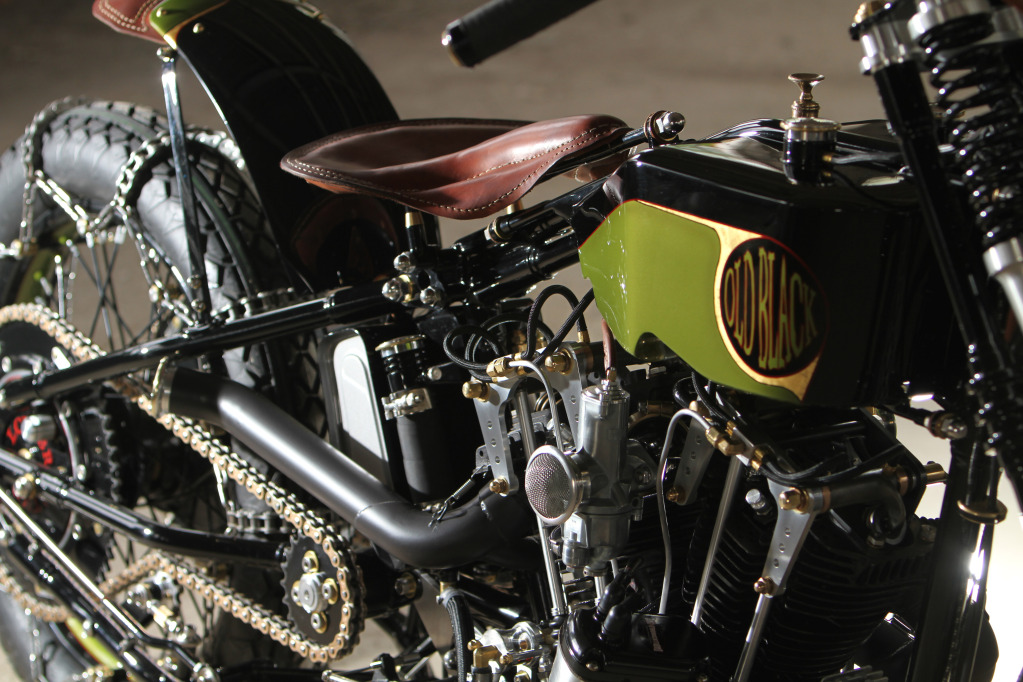 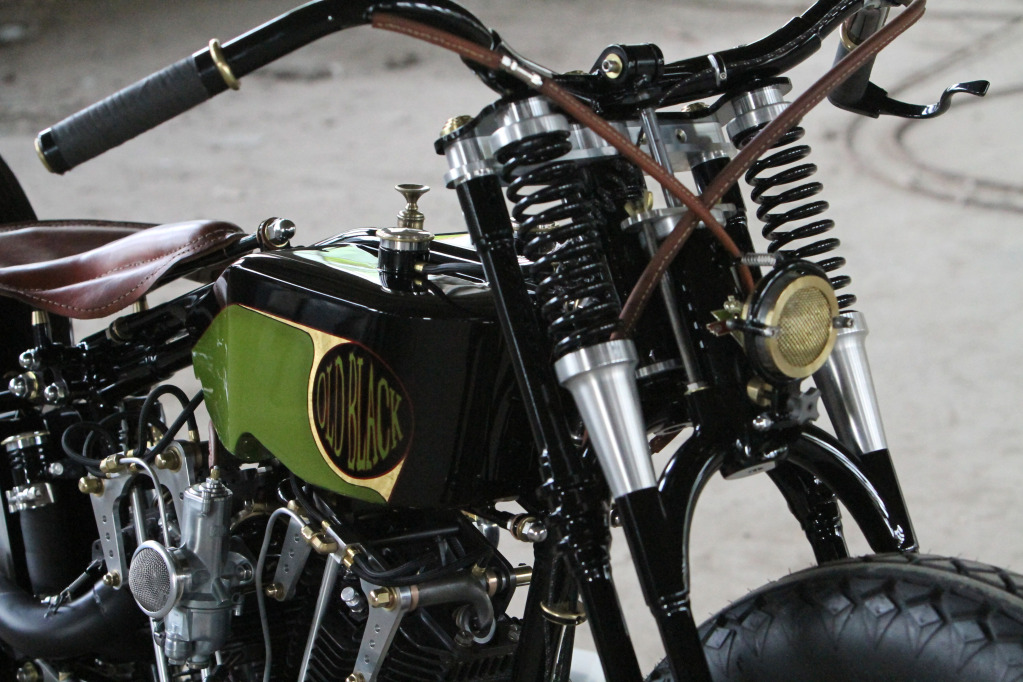 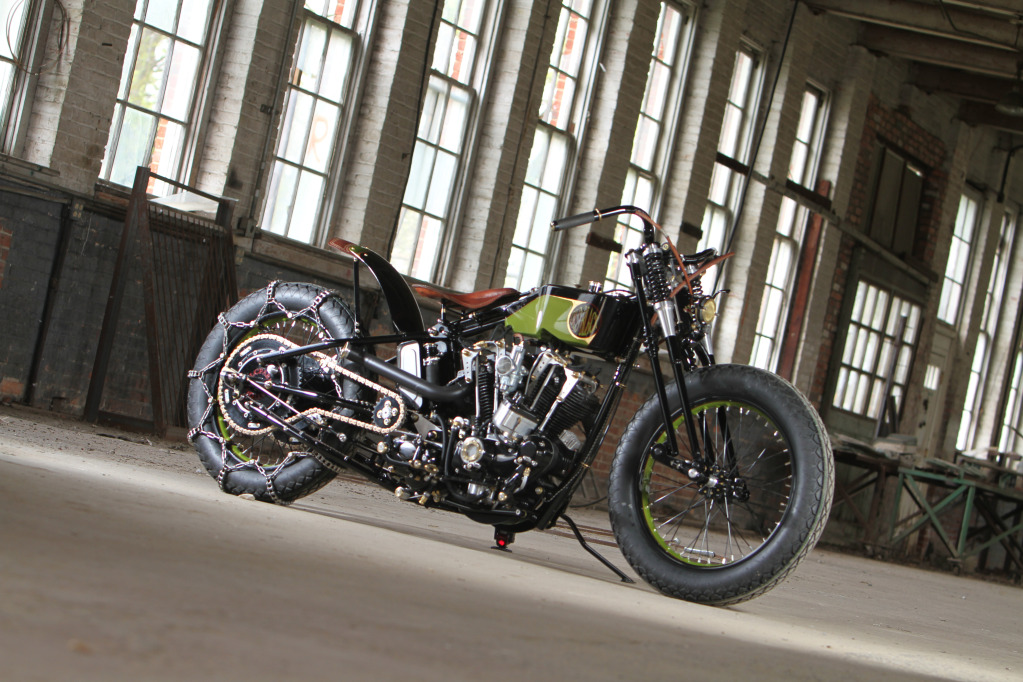