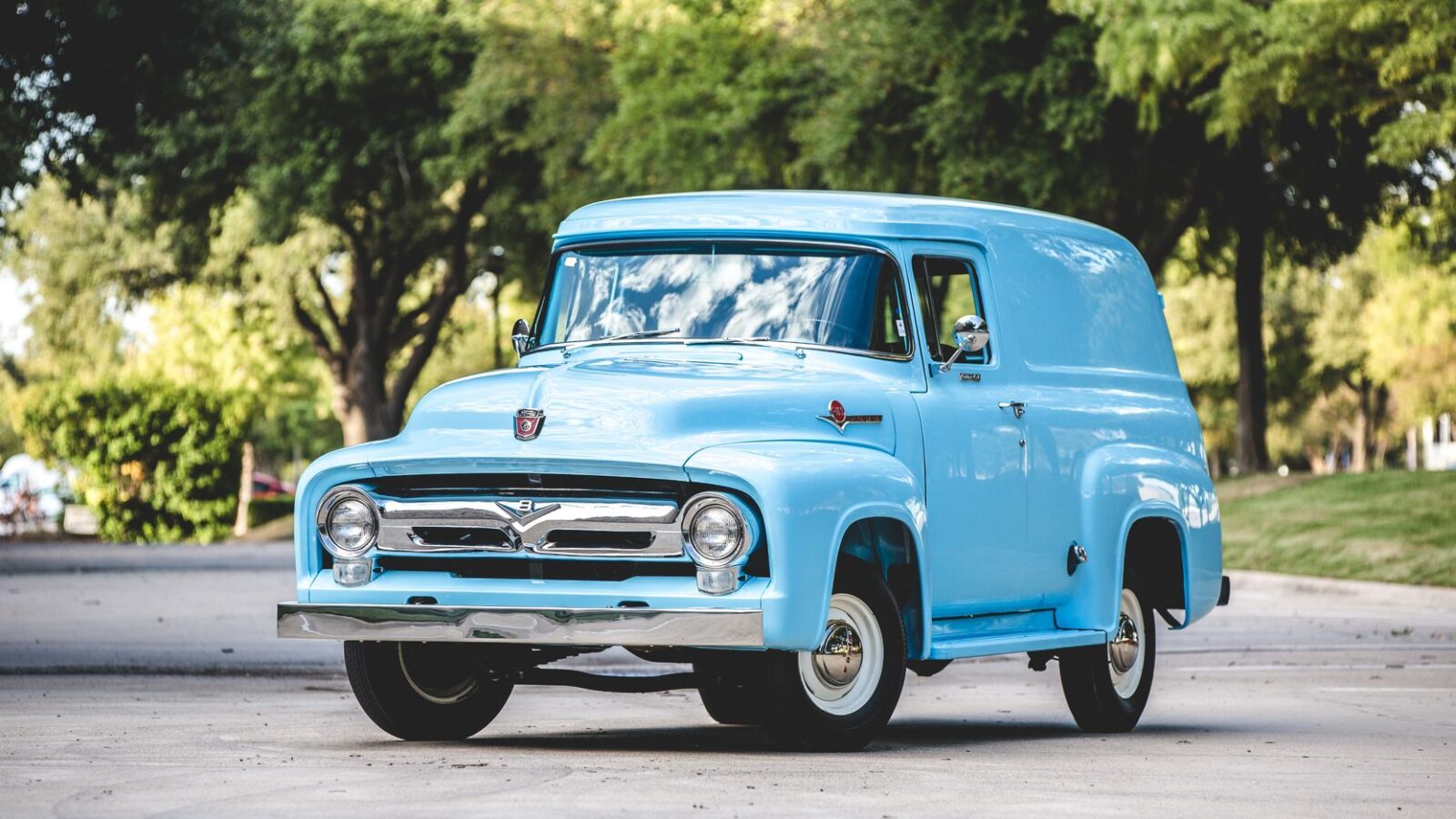 The Ford F100 series of pickup trucks are loved in the United States and around the world for their simple, approachable design, and reliable load-carrying ability. Over the past few years classic car collectors have been turning their attention to classic trucks and 4x4s, and unusual factory-built vehicles like this 1956 Ford F100 Panel Truck are in significant demand.

Although Ford produced prodigious numbers of F100 trucks throughout the 1950s, it produced very few panel trucks, and their desirability has been low up until more recently. Many were scrapped and those that weren’t shipped off to the knackers yard usually rusted away unceremoniously in a forgotten corner of a farm somewhere in the countryside.

Surviving F100 Panel Trucks like this one are almost all restored, and this one has the unusual distinction of still having its original floors, panel back and engine. The doors, running boards, fenders, and hood all needed to be swapped out for authentic NOS items before it was all resprayed in its original Diamond Blue.

With its 3-speed manual transmission, semi-floating rear axle with leaf springs, and 4-wheel drum brakes, the 1956 F100 is an excellent example of unusual mid-20th century American trucks. In fact all it needs for a proper cross-country adventure is a mattress in the back, a beer cooler and an espresso machine.

The Diamond Blue F100 Panel Truck you see here has been treated to a comprehensive restoration, and it’ll be offered by Mecum Auctions in Dallas between the 2nd and 5th of November. If you’d like to read more about it or register to bid you can click here to see the official listing. 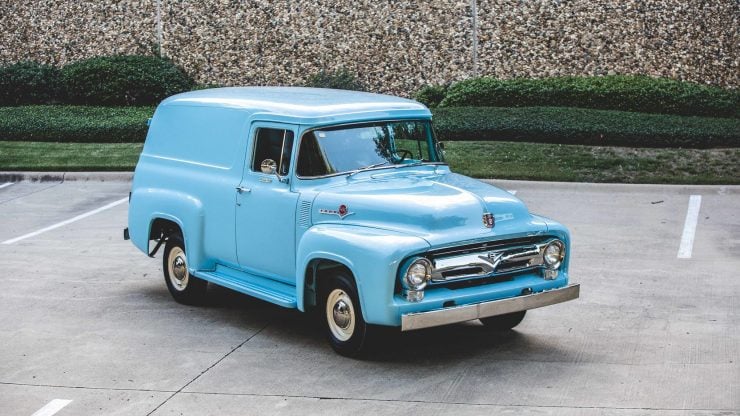 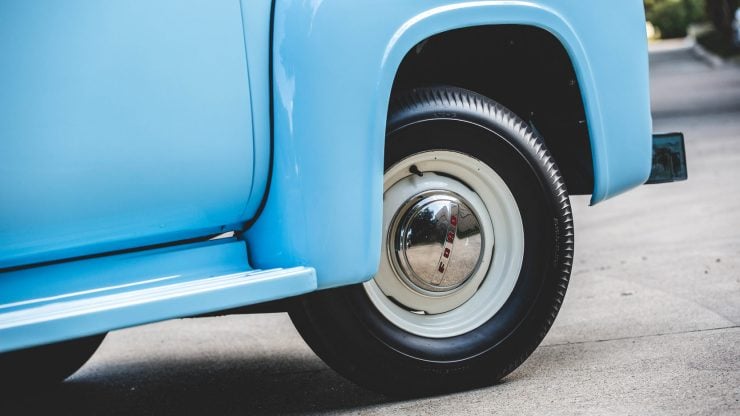 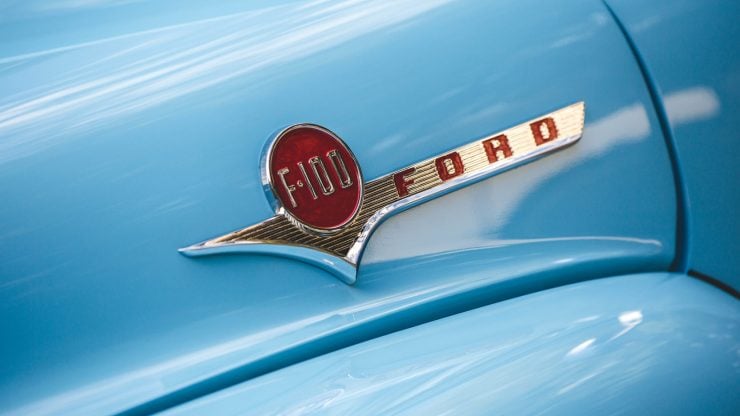 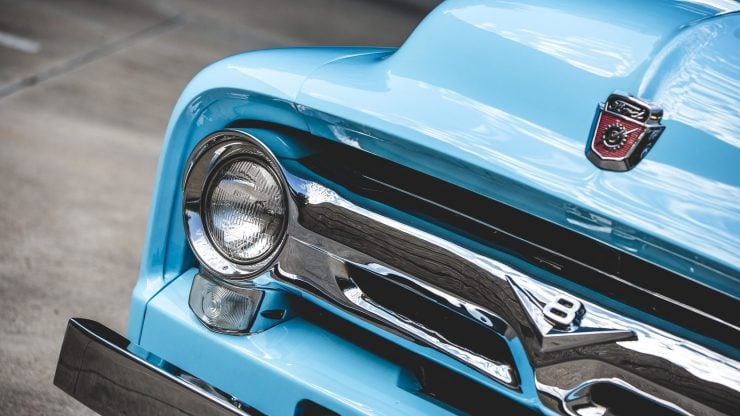 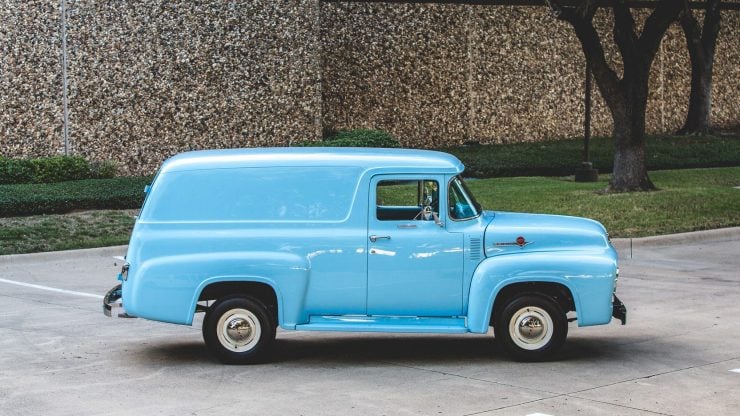 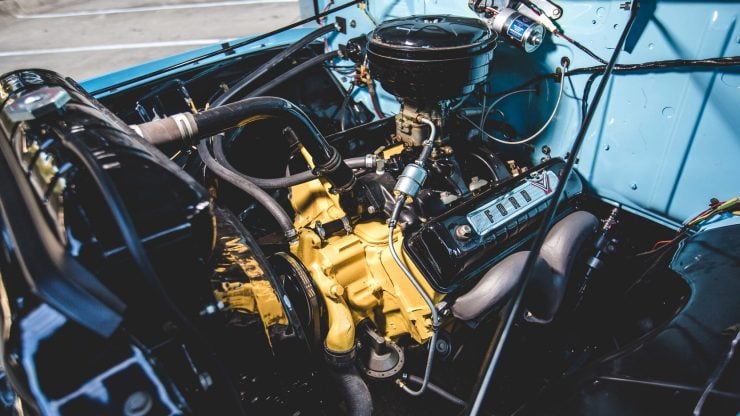 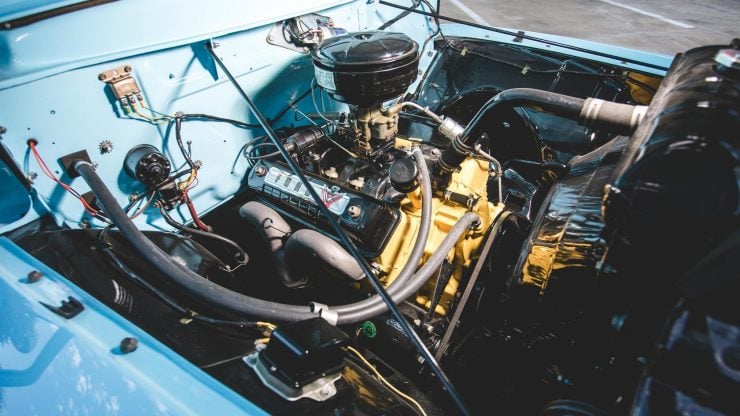 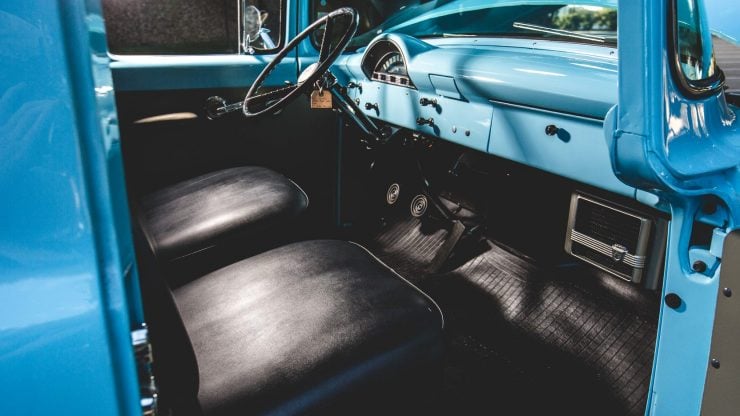 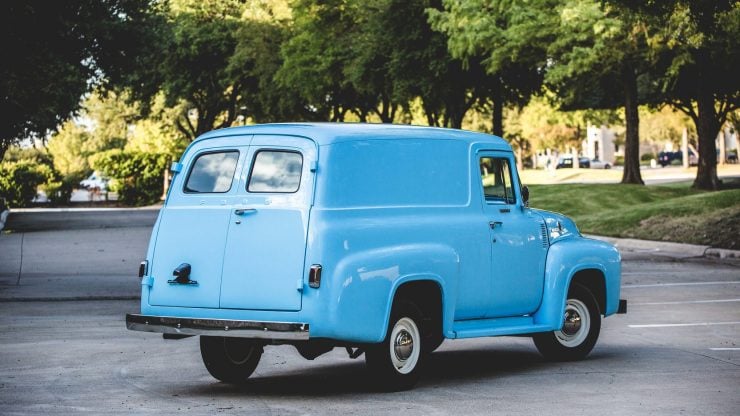 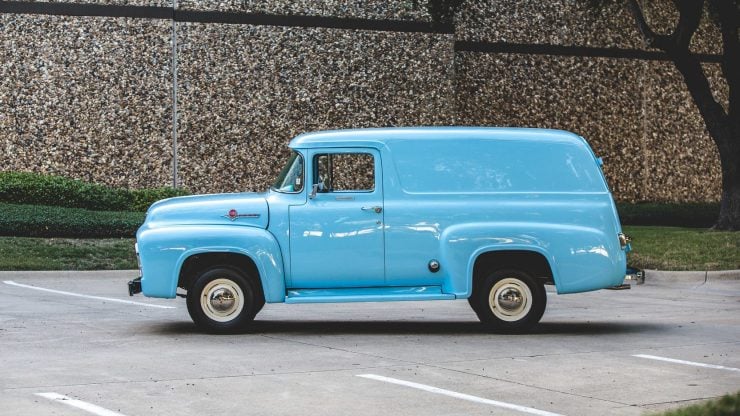 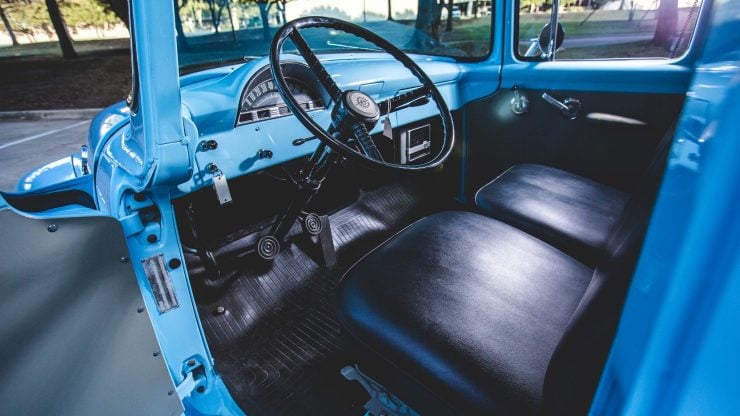 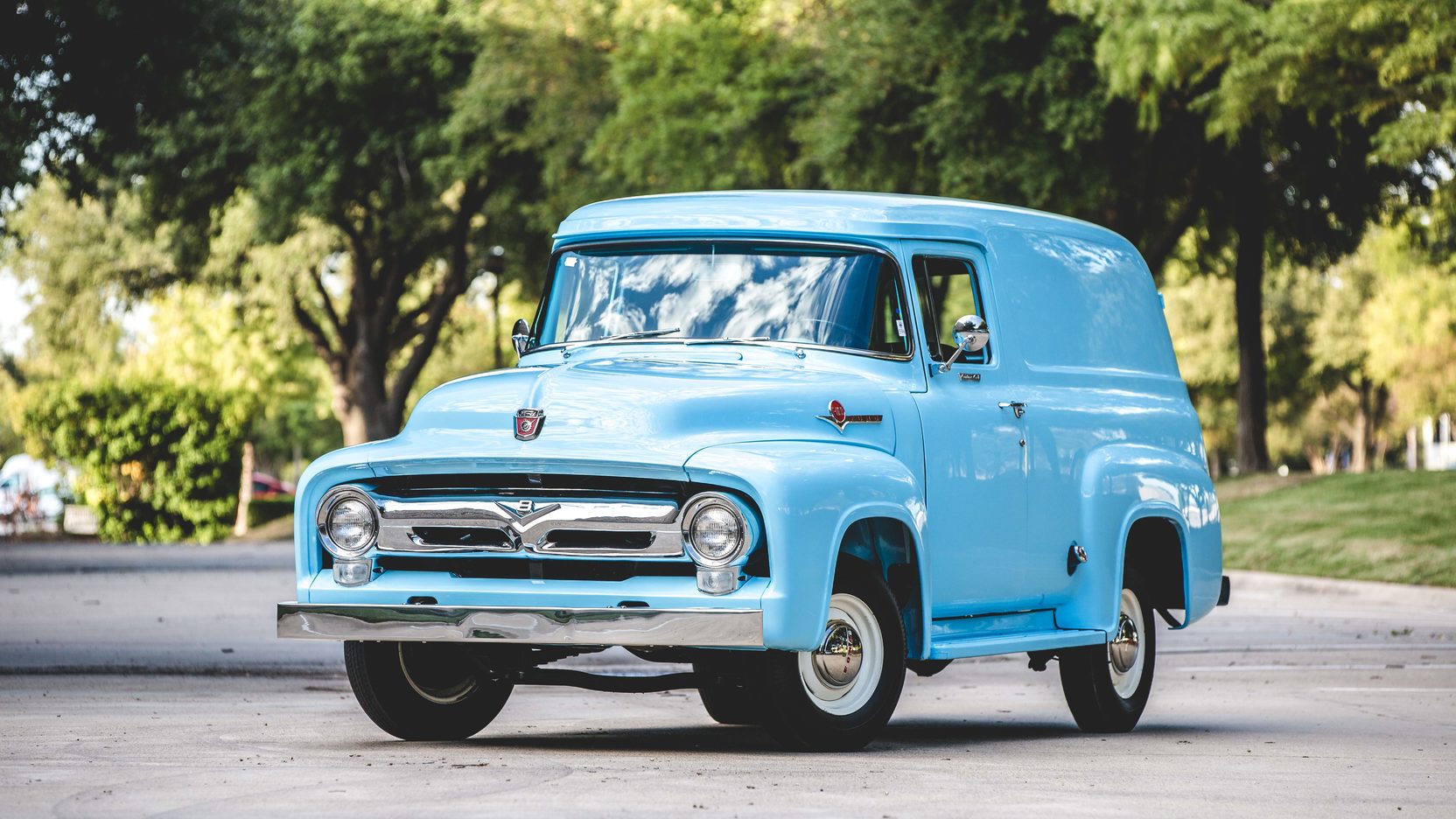